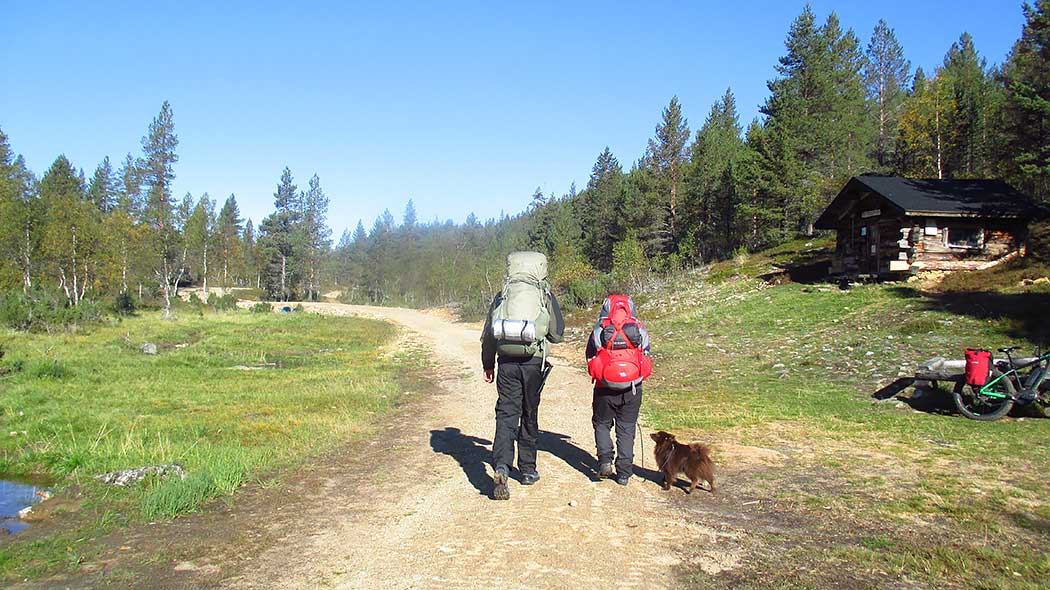 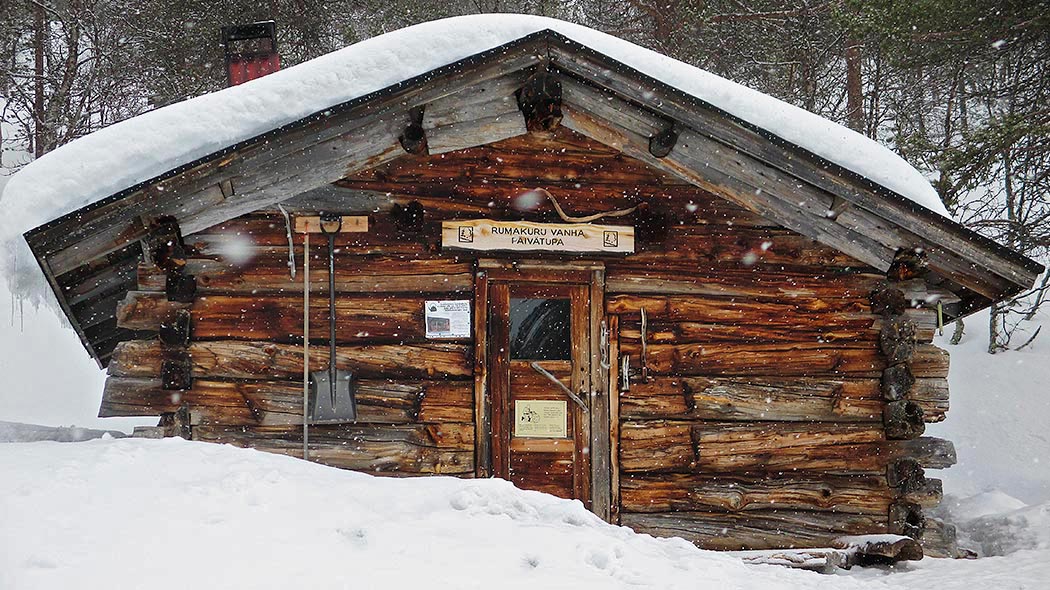 The Rumakuru Old Day Trip Hut is amongst the oldest huts in the Saariselkä area. The hut was built at the turn of the 19th and 20th century. The Finnish Forest Research Institute (Metla) renovated the badly deteriorated hut in 1982, and two years later the hut came into Metsähallitus' possession. 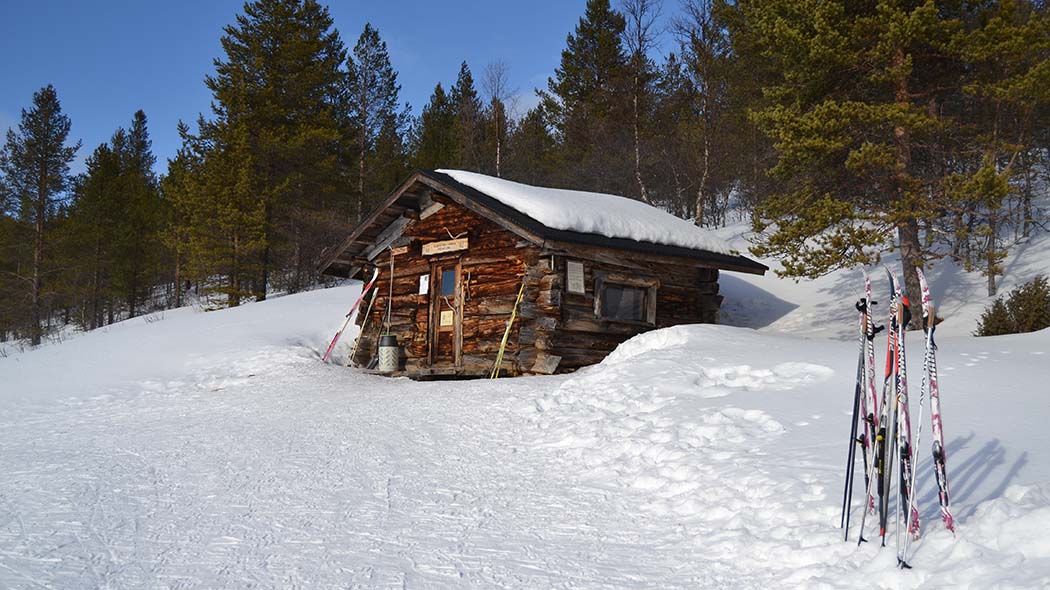 At the distance of about half a kilometre from the hut on the side of Vävypää Fell, you can admire the rocky, steep-walled Rumakuru Gorge, a creation of the last Ice Age. The hut was named after the Rumakuru Gorge. It is not known for sure who built the Rumakuru Old Day Trip Hut, but traces of digging in the nearby area suggest that gold prospectors built it as their own base. There are only slight traces of gold prospecting in the terrain so there has not been any major gold rush in the area. However, on the basis of the traces in the terrain, it can be assumed that gold was sought in the nearby small brooks. The Rumakuru New Day Trip Hut is a distance of about half a kilometre from the Rumakuru Old Day Trip Hut. The new day trip hut was built in 1960 for research and hiking purposes.

At the time of the gold rush to Lapland, a small wood-framed hut was built in the vicinity of the headwater branches of the River Kulasjoki. The hut's floor area is about 8 square metres and the height is 2.4 metres (measured in middle of the hut). There is one window on the south-facing wall allowing some light to enter into the hut and another window in the door. The wood-framed hut was built on the ground, on a gentle slope of the gorge. The exterior walls have been made of square timber. The saddle roof has been modernly covered with bitumen felt but upholstered from the top with wood in the old style. Today there is a wood-burning stove in the hut. The appearance of the hut has been protected by a decree from the Ministry of the Environment in 1994. Consequently, when planning any renovation, the National Board of Antiquities is always contacted first.