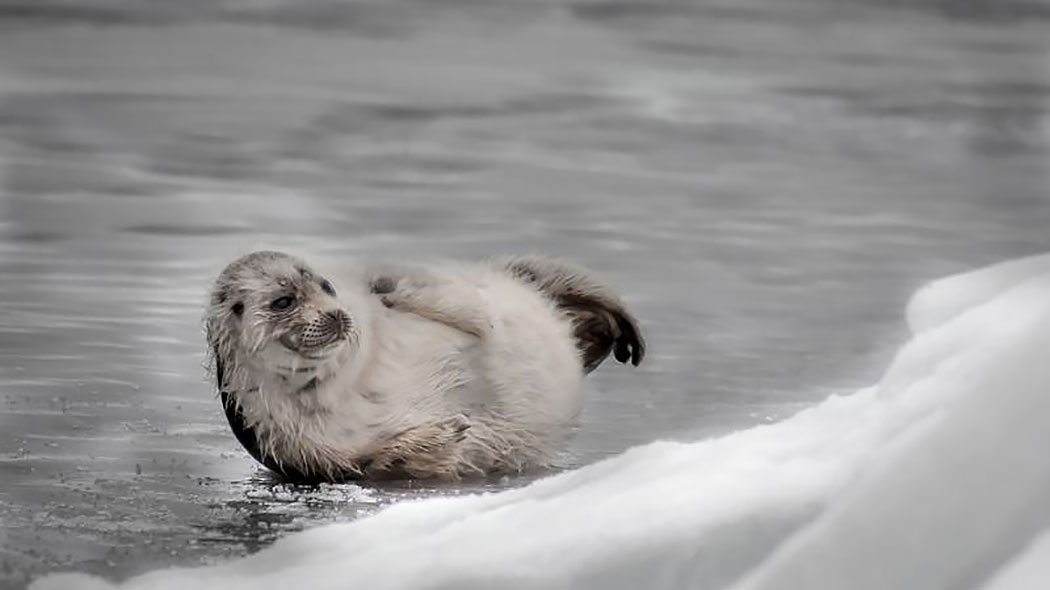 The maze-like archipelago in Linnansaari National Park provides a protected home for the endangered Saimaa ringed seal. The lush forest groves on the islands are diverse and rich in species. 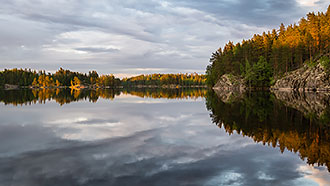 Paddle through the maze-like archipelago, and let your gaze settle on the expansive waters. Here, you can experience Saimaa lakeland nature at its purest. Read more > 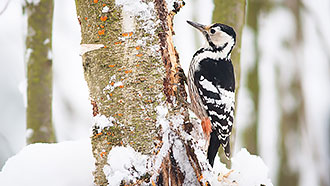 The old deciduous forests are the result of slash-and-burn culture. White-backed woodpecker, an endangered species, thrives in the open forests of the area. Read more > 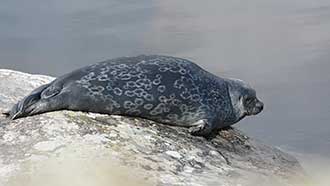 Saimaa ringed seal is depicted on the emblem of the national park, and with good reason: Linnansaari is at the core of its range. The spotted fur provides excellent camouflage on lichen-covered rock islets. Read more > 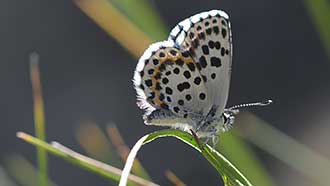 Chequered blue is the jewel of the insect world

At least 346 butterfly species have been sighted in the national park. A wide variety of natural habitats supports a rich insect world. Read more > 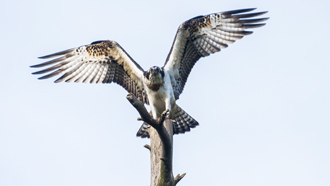 The airspace over Linnansaari is dominated by osprey, which is Finland’s largest bird of prey after eagles. A large lake is home also to a wide variety of different water birds. Read more > 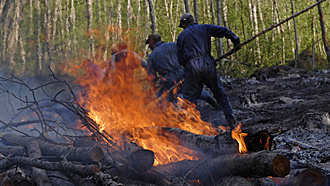 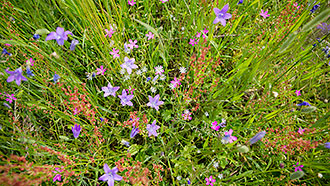 Mowing encourages an abundance of flowers

Space for demanding meadow species is cleared every year at Linnansaari croft. The sheep pastured in the park also contribute to nature management. Read more > 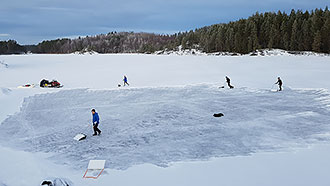 Helping the Saimaa ringed seal together

The National Park is a 40 km long and 5 - 10 km wide area in the middle of Lake Haukivesi, a part of Lake Saimaa which is the largest lake in Finland. The magnificent landscape alternates between a labyrinth of sheltered islands and broader open waters. The park includes more than 130 islands and hundreds of smaller islets and protruding rocks. The purchase of the core areas of the national park was justified with their natural beauty. Preserving Finland’s original lakeland nature for future generations and research was mentioned as the justification for the establishment of the national park. 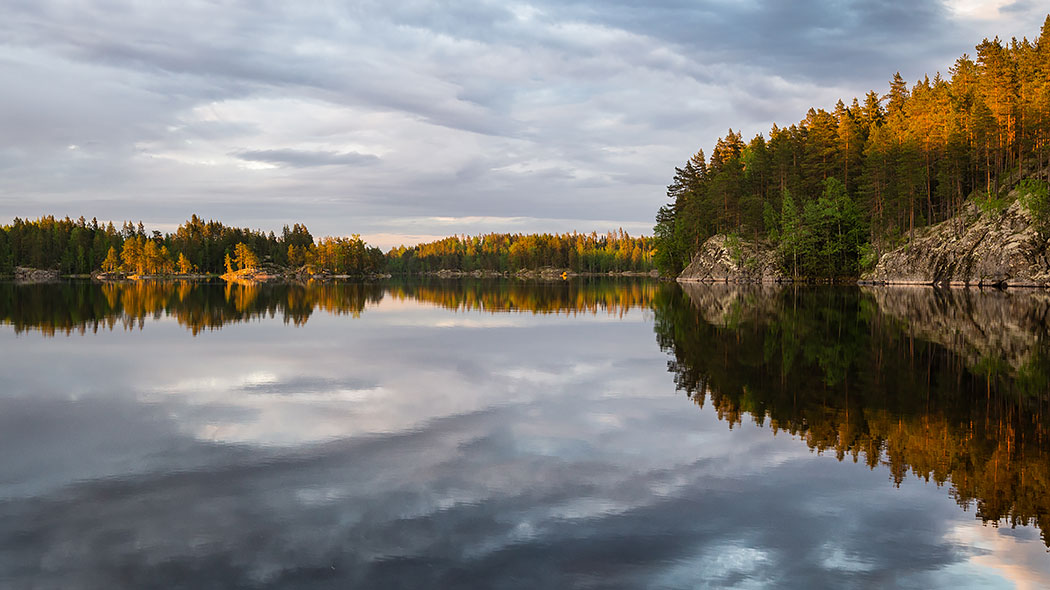 The landscape in the national park ranges from deciduous forests to sun-soaked rocks and meadows. Vegetation on the islands is characterised by sharp contrasts: behind rugged lichen-covered rocks lining the shores you will find lush herb-rich forests.

Gliding over the open waters of Lake Saimaa, the Osprey (Pandion haliaetus) is a majestic sight. The Osprey is one of the biggest birds of prey in Finland, and Linnansaari has one of the densest osprey populations in the country. Ospreys nest in the staunch tops of the shoreline pines. In the large twig nests they usually have 1 - 3 young birds. The osprey is very skilful in search of prey. Shallow lakes with clear water are ideal places for them to be able to see the fish. It is amazing to watch how they dive on their prey and take off again with fish in their talons. 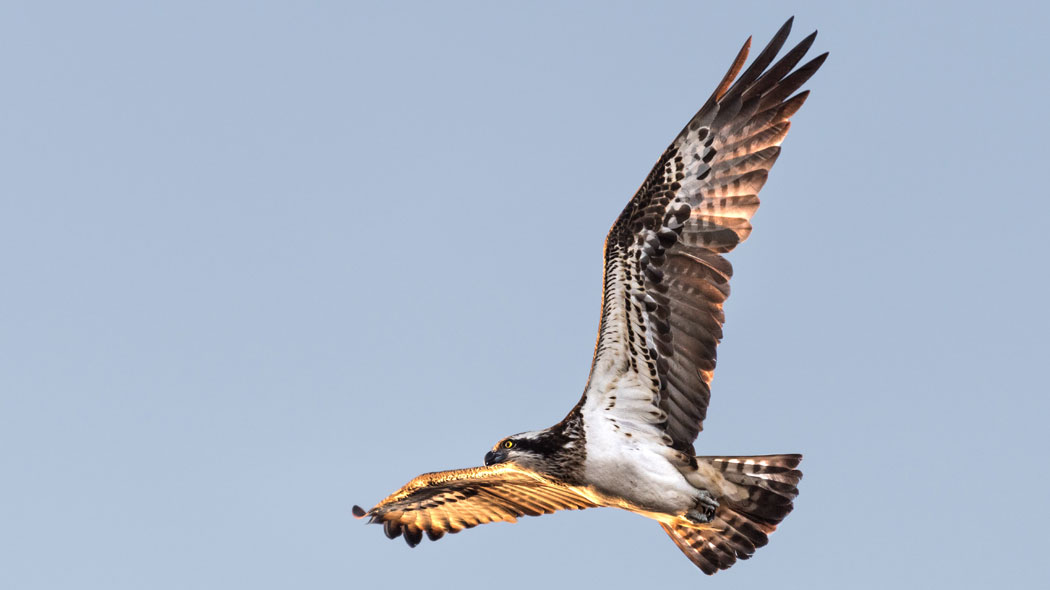 The osprey migrates to warm Africa for the winter. It can fly as far as to South-Africa, which makes a 12,500 km journey! Faithful to its native place, the osprey returns to the same area every year. The first brood they usually have at the age of three years. The osprey couples stay together all of their life. Read more about the osprey (saaksisaatio.fi).

The primitive cry of the Black-throated diver (Gavia arctica) together with the choir of gulls arrange the summery concert of the archipelago. The apparently abundat Lesser black-backed gull (Larus fuscus) is endangered, since the species has strongly decreased on past decades.

White-backed woodpecker (Dendrocopos leucotos) thrives in the herb-rich and open forests of Linnansaari dominated by old deciduous trees. This bird species remains endangered even though its population has grown in recent years. The woodpecker and the wealth of demanding species make the herb-rich forests important in terms of nature protection. 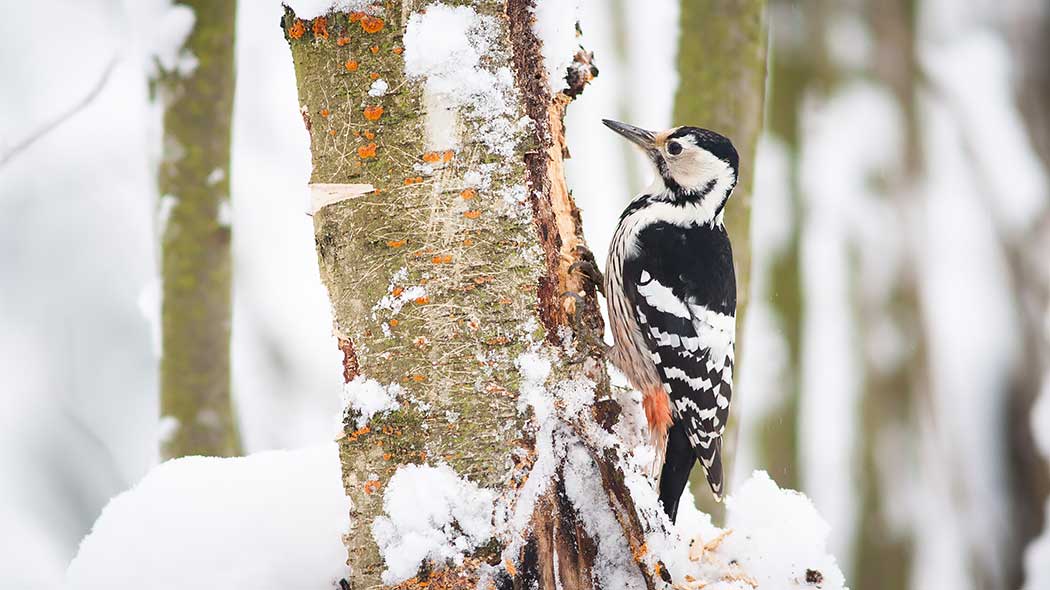 You may spot strange flowers when hiking in Linnansaari. Bird’s nest orchid (Neottia nidus-avis) and ghost orchid (Epipogium aphyllum), two orchid species lacking chlorophyll, are two peculiarities of the herb-rich forests of Linnansaari. Sweet woodruff (Galium odoratum) has also found a suitable habitat in Linnansaari, which lies at the northern edge of its range.

Because of slash-and-burn farming and logging carried out in the 20th century, the forests in the park are relatively young. Most of the old trees in natural state can be found in forests growing on cliffs.

Chequered blue is the jewel of the insect world of Linnansaari

In the National Park, 346 Macrolepidoptera species have been found, which is almost a half of all the species found in Finland. The diversity of natural features in the inland archipelago makes an ideal environment for butterflies and moths in the lush aspen groves, bare rocks and the old meadows and clearings created by the slash-and-burn agriculture. The species include the threatened Chequered Blue (Scolitantides orion), and the rare Scarce Fritillary (Euphydryas maturna), the Baptria tibiale, the Dotted Carpet (Alcis jubatus) and the Trichosea ludifica. 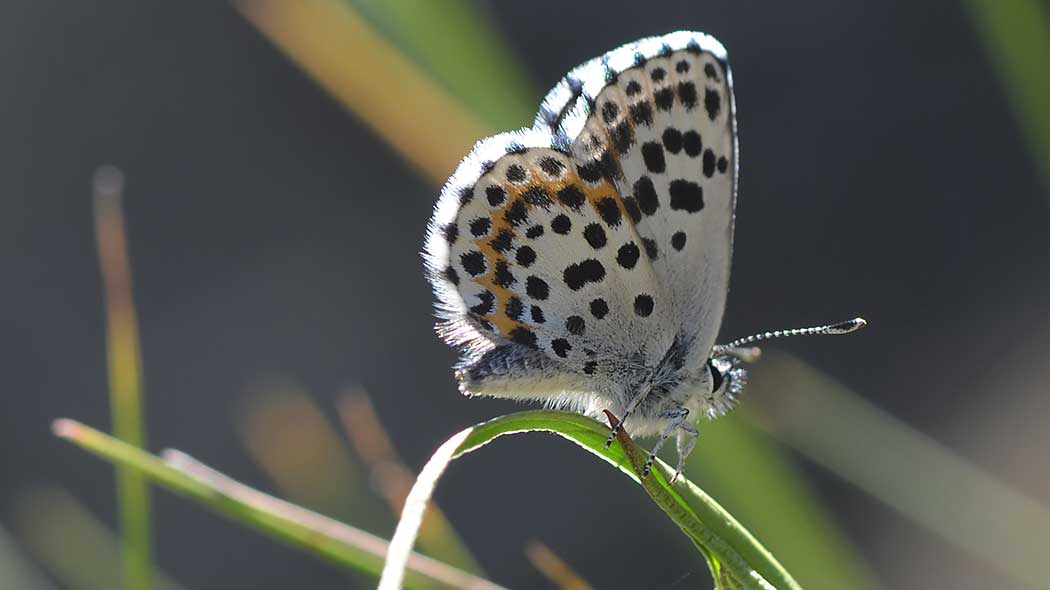 These species have become rare, since cattle no more grazes in the forest keeping open the small clearings where the butterflies and moths live.

An extremely rare occurrence of Aulonothroscus laticollis was found in the Linnansaari National Park in Rantasalmi during a survey of species in herb-rich forests. This species has been sighted only once before in Finland, in 1865. The Aulonothroscus laticollis is a species of beetle included in the family Throscidae, and it is about four millimetres long. The habits of this species are not known with certainty due to its rarity, but observations suggest that it lives in tree litter forming in the cavities of hollow deciduous trees. The beetle probably feeds on fungal mycelia growing in the litter in the cavities.

The many deciduous forests of Linnansaari and aspen as an individual species offer habitats for dozens of insect species. The larvae of many butterfly species, such as Aglia tau, Catocala adultera and Mimas tiliae, only live on deciduous trees or on plants growing in herb-rich forests.