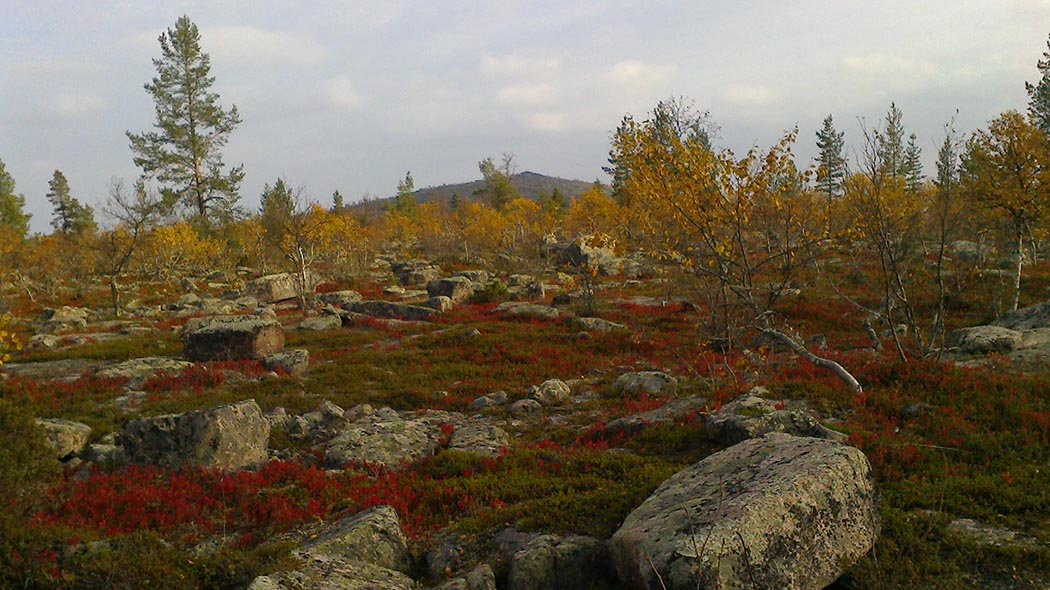 Sompio was an old Sámi village, i.e., a dwelling area for the Forest Sámi people. The current Sompio Strict Nature Reserve preserves part of the original natural features of the old Sámi village. Lake Sompiojärvi borders the strict nature reserve on its southern edge. In former times, Lake Sompiojärvi was a real "fish storehouse" for the villagers.

According to legend, in days of old, a witch named Akmeeli lived on the shores of Lake Sompiojärvi and people came to see him from far away. The Ruijanpolku Trail which is, as far as we know, the oldest travel route in Lapland, passes through the current Sompio Strict Nature Reserve. 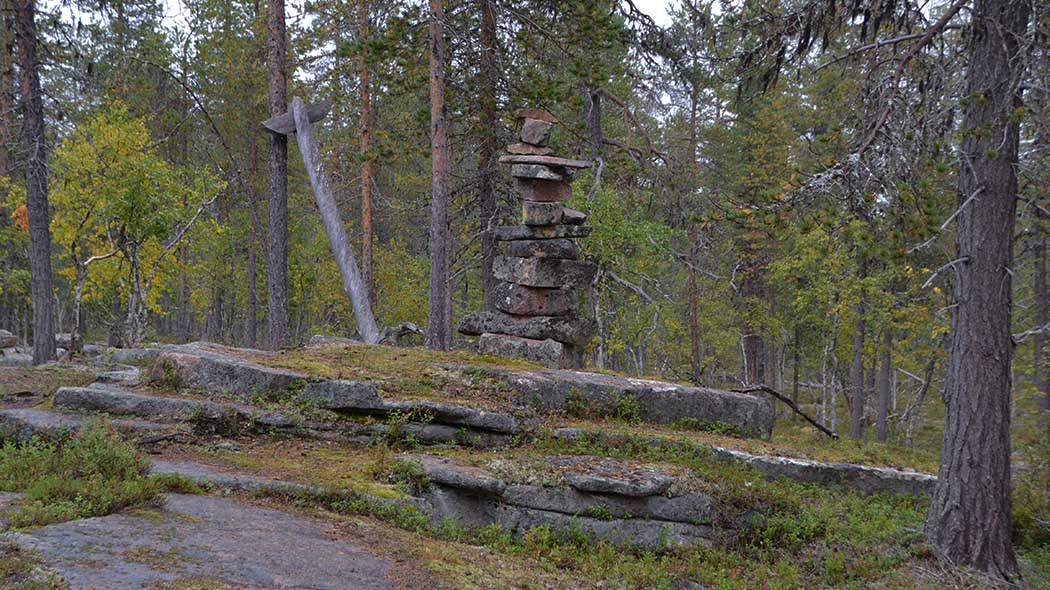 In bygone days, the old Ruijanpolku Trail, a roadless stretch from the Bothnian Bay to the Arctic Ocean, ran through the current Sompio Strict Nature Reserve. Ruijanpolku was the main route across the backwoods, and it was used from the 16th century to the beginning of the 20th century. It was used when travelling to Finnmark (Ruija) for the purposes of trading or fishing or for re-locating there permanently.

The Great Famine (1695–1697) and the Great Northern War (1700–1721) were particularly instrumental in forcing people to move north to the coast of Norway in the hope of a better life. Stone heaps that functioned as trail markings along Ruijanpolku are still visible and in places you can still see remains of old duckboards.

Merchants, fishermen, ministers, gold prospectors and the authorities used Ruijanpolku in the latter part of the 19th century. There are old pines along the trail where travellers of old have carved their initials. On the sides of the old pines you can still see some dates that go back over one hundred years. The Kaptukaislammet Ponds are along the trail, a spot where the travellers of yesteryear had an open wilderness hut, of which only the decaying remains are left.

The Fire Guard Hut on the Pyhä-Nattanen Summit 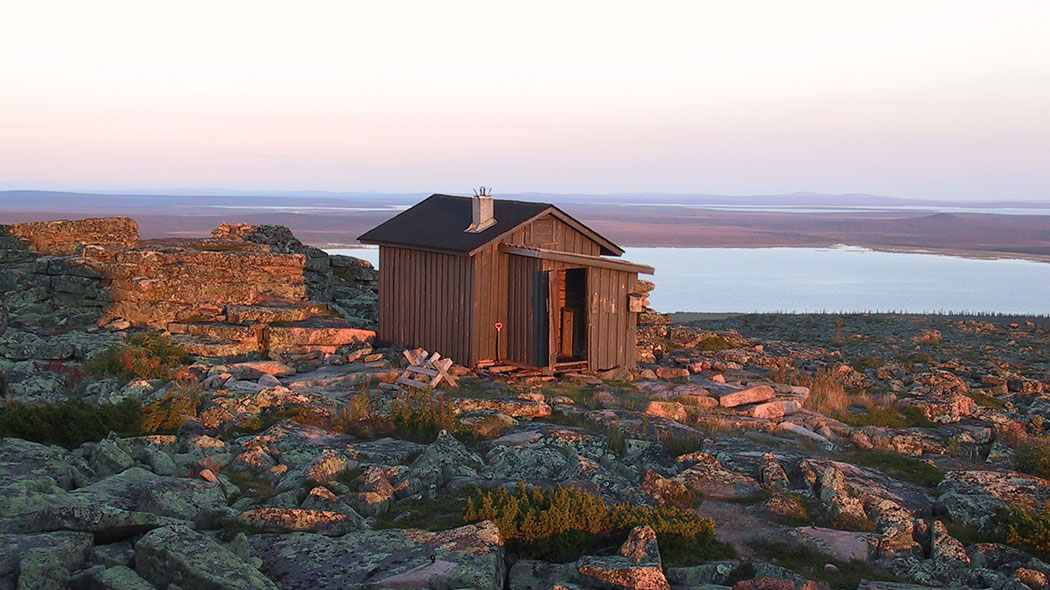 There is an old fire guard hut on top of Pyhä-Nattanen Fell. The current hut was constructed right after the war in 1946 in place of the hut that was destroyed in the war. As the name suggests, the hut functioned as a base for fire-watch duties in summer time.

The visibility from the summit was good. By looking through binoculars, the fire guard was able to detect forest fires and report them to the fire brigade. The fire guard stayed at the hut without a break until it started raining. On rainy days he was allowed to descend from the fell and go to replenish his food supplies.

From the 1980s onwards, the fire guard hut has served hikers as a day trip hut. The hut was repaired in the early 1990s. Today there is a dry toilet in the grounds. You must bring drinking water with you.

Lake Sompiojärvi and the Ruff Market 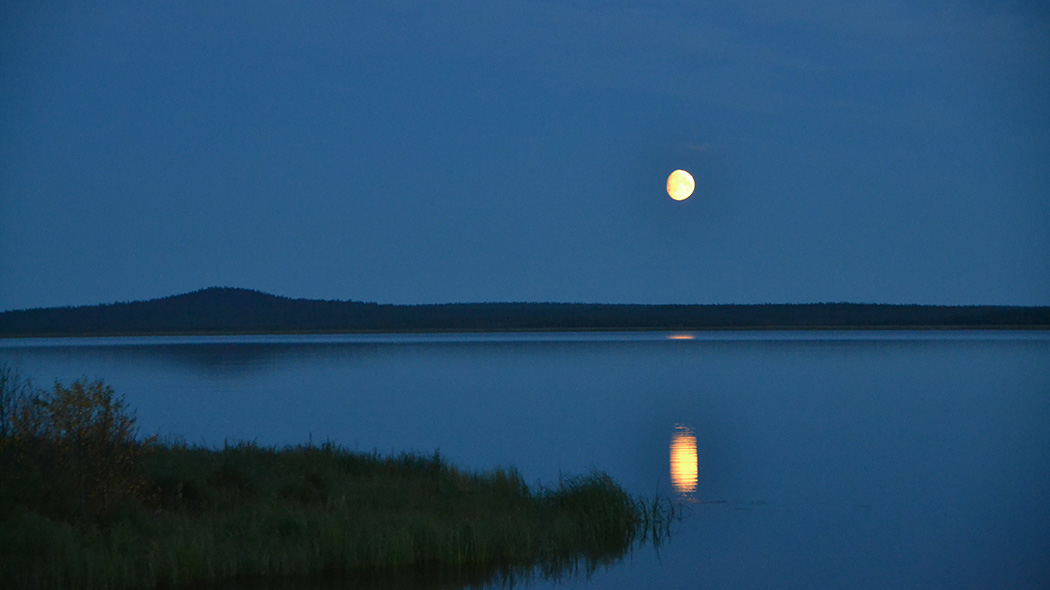 In former times, Sompio's villagers gathered annually to fish together at the time of autumn colours after 15 September. The fishing event, i.e., the Ruff Market (Kiiskismarkkinat), always took place at a time when fish naturally packed the narrow brooks entering into Lake Sompiojärvi. This joint fishing event was attended by fishermen from four small villages; Lokka, Riesto, Korvanen and Mutenia.

The fishermen gathered on Lake Sompiojärvi, where they punted their boats in a chain along the bending River Muteniajoki. On the first day they fixed their fishing gear and settled on the grounds. On the second day, everyone started fishing at the same time. The fishing took three days. At the end the catch was divided between the fishermen.

The traditional Ruff Market took place for the last time in 1965. In 1967, the Lokka dam was completed and Lake Sompiojärvi was joined to the Lokka Reservoir. Laterly, the local history society, named Sompio-seura, has organised Ruff Markets by gathering on Akmeelinkumpu on the shores of Lake Sompiojärvi in order to maintain the old Sompio traditions. 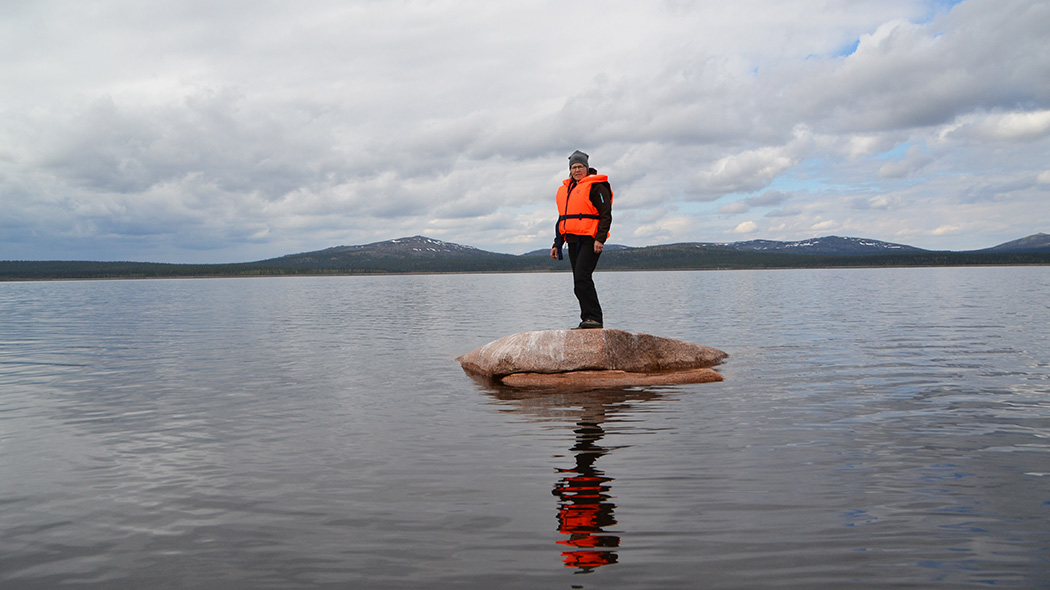 Akankivi is a flat rock in Lake Sompiojärvi. The rock is visible in low water. In the old days the Akankivi rock functioned as a seida for Sompio's inhabitants. They may have brought deer, for example, as sacrifices onto the rock. There is also a later legend that tells of how they took angry wives onto the rock to calm down. 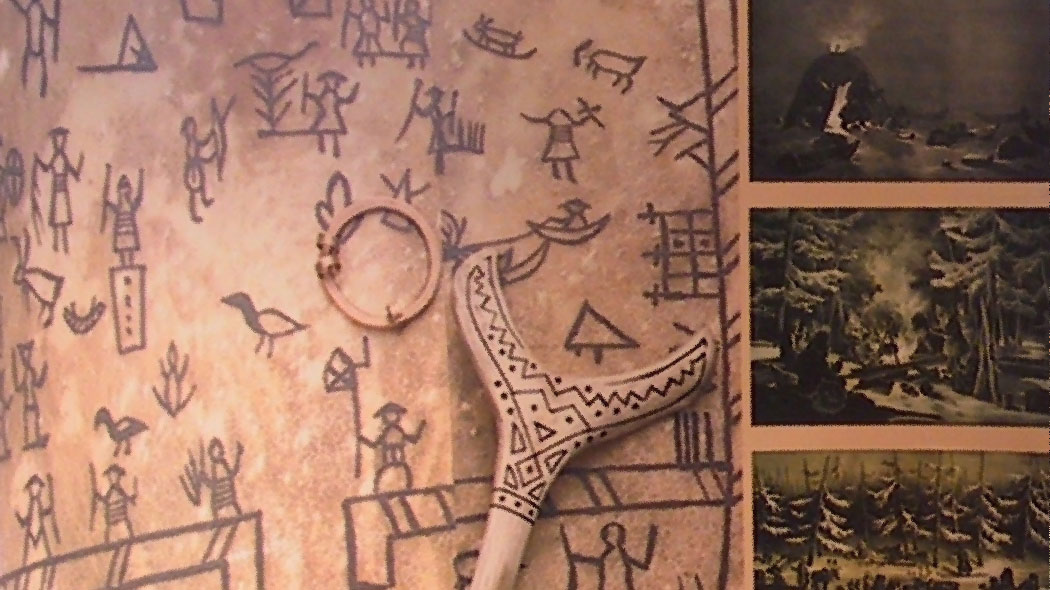 According to legend, the great witch Akmeeli lived in Sompio in days of yore. Akmeeli lived in a Lapp 'kota' hut on the shores of Lake Sompiojärvi and occasionally by the River Luirojoki. People came from afar to meet the famous witch.

It is said that Akmeeli was amongst the most famous and respected witches in Lapland. Akmeeli was able to change his form by drumming. He could change into a wolf or swim like a fish. There is also a famous legend about Akmeeli's last self-induced trance. Before falling into the trance, Akmeeli told his wife the words she must use to wake him up after a certain time. However, his wife forgot the words and was not able to wake her husband up. Finally, Akmeeli's body was buried. It is said that his grave is located close to Lake Sompiojärvi.

It is also said that Akmeeli's wife remembered the words after 30 years, but by then it was too late. Akmeeli had been on the journey for too long and could not be woken.

These are the words with which Akmeeli's wife should have woken him: "From the pike's curved bowels, from the third bend, Akmeeli Antereeus, wake up to this moment!" 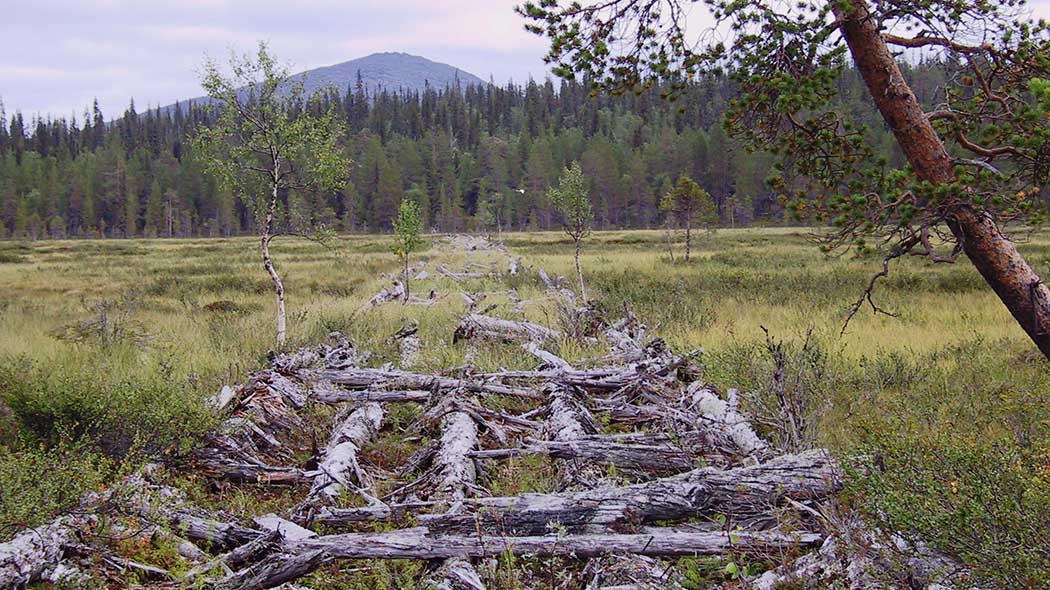 In the reserve you can still see some traces of the war, such as field roads and timber mats. There are tens of kilometres of field roads in the vicinity of the Schutzwall defence post. The timber mats are road extensions tens of metres in length that were constructed for crossing mires and other difficult barriers in the terrain. Today the timber mats are rotten and the soil frost has lifted some of them up.