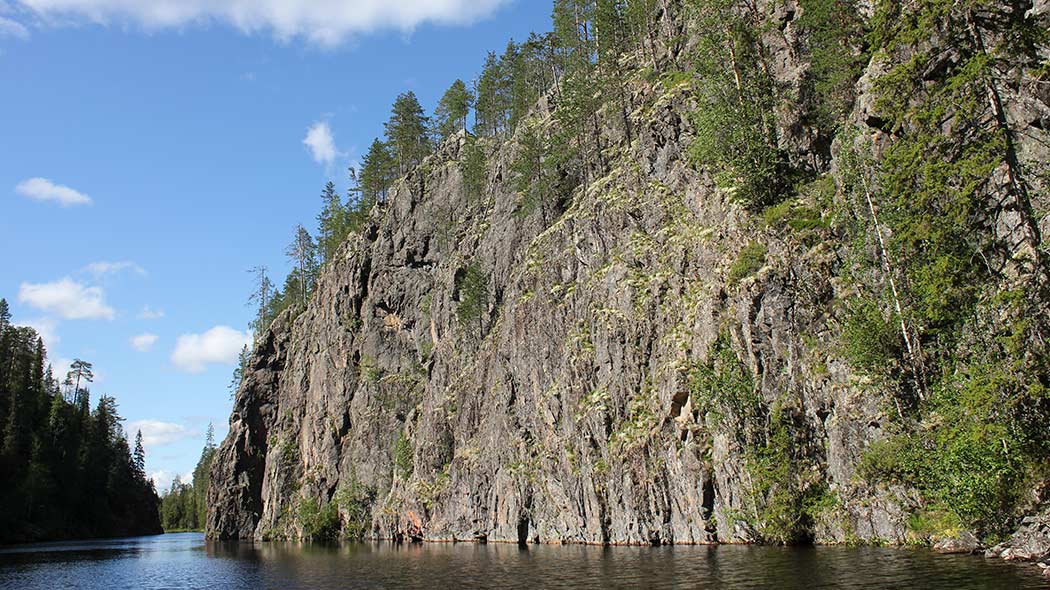 Hossa is an old Sámi hunting ground. The rock paintings at Värikallio Cliffs are at least 3,500 years old. The oldest dwellings found in thenational park are almost 10,000 years old. Water routes have allowed people to travel through the Hossa area from the Lake Ladoga to the Arctic Ocean and from the Gulf of Bothnia to the White Sea. The series of rock paintings at the Värikallio Cliffs are the largest prehistoric paintings in Finland. 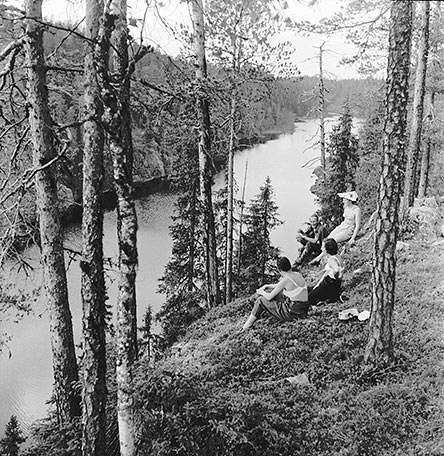 As people began to settle in the area they brought meadow agriculture with them. This was practised up to the early 1950s. Signs left in the area of this livelihood are meadow barns and the bottoms of stacks of hay. At Puromylly Mill grain brought in from surrounding villages was ground. Tar burning was at its peak at the end of the 19th Century. Logging begun at the start of the 20th Century, but loggers' cabins in the area are from the 1940s and 1950s. Floating and the equipment needed for it have always been a part of the logging tradition. Reindeer husbandry started as far back as in the 16th Century, when the Sámi alone inhabited Hossa. 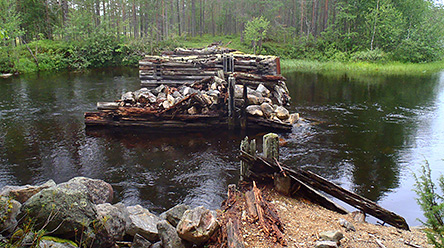 Hossa has always been a favourite of fishers. During the 19th Century the fish caught here was transported as far as to the town of Kajaani, where the Whitefish (Coregonus lavaretus) caught from the Lake Iso-Valkeainen was a much wanted Christmas dish.

Listen to stories about Syöte (youtu.be).