The oldest signs of human habitation at Simojärvi date back to the Stone Age, several thousand years ago. At Kultikangas there is a vast settlement at the centre part of the lake, which research has found has been inhabited from the Old Stone Age all the way through to the late Iron Age. The Simojärvi area offered these ancient peoples fruitful hunting grounds and plentiful fishing waters. The area's numerous hole traps on the lake's shores and in its islands are clear sighs of early livelihood. One of these hole traps has been dated back to the early Iron Age, but they may have been used during historical times as well.

The Simojärvi area was the most important Sámi settlement area in the municipality of Ranua during the Sámi era and it can be considered a Sámi residential centre. The Sámi era began to come to a close in the 1600s when peasant farming began to spread into the area. Residents of the municipalities of Kemi and Ii had however used Lake Simojärvi as a fishing spot already in the 1500s, when the competition for the use of the area's hunting grounds and fishing spots started and the Sámi were forced to move from their settlements as peasant farmers took over the area. At this point the area was divided up between the Sámi and the farmers.

In the 1600s Simojärvi was still used by the Sámi and by Finns. The old boundary separating the Lapp areas and peasant farmer areas runs through the Simojärvi area. The boundary started at Simojärvi's Kultamasalmi. Today there are place names such as Rajavaara, Rajasuo, Rajapuro, Rajalahti ja Rajaselkä (raja is Finnish for border or boundary) found in the area surrounding what is now known as Kultisalmi, which confirm the existence of the boundary. Kultisalmi Sound was a very important fishing spot for the Sámi. They pulled a net across the sound to catch fish in. A long stone damn has remained at Kultisalmi from this practice.

The Spread of Permanent Settlement

Life changed at the end of the 1700s when advances were made in agriculture and tar burning offered a more steady income than wilderness fishing which was unpredictable and hard labour. During that time the Simojärvi wilderness was settled for the first time. In the late 1860s the wood processing industry was quickly growing and required large amounts of raw materials. The Simojärvi area was one of the places from where these materials were gotten. Large logging sites needed abundant amounts of work fork and some of the workers settled permanently in the area. Later several villages were built in the area surrounding Simojärvi.

The dead have been buried on several of the Lake Simojärvi islands. This was common practice when churchyards were not as numerous and the distance to the closest was long. Graves were often temporary, the dead were buried during the spring and summer to await transportation during the colder winter months, by sleigh to holy church grounds. The dead were not, however, always taken to churchyards, but rather the islands became their final resting place.

The names of islands in the Simojärvi area give no indication, as to which of them were used as burial grounds, but there are numerous islands in the lakes which have names related to death or the dead. Ruumissaari (corpse island), Kalmasaari (death island) and Kuoliosaari (gangrene island) all have shallow, long depressions, which are indications of old graves. Wooden crosses and poles which may have marked these graves have decomposed over time. 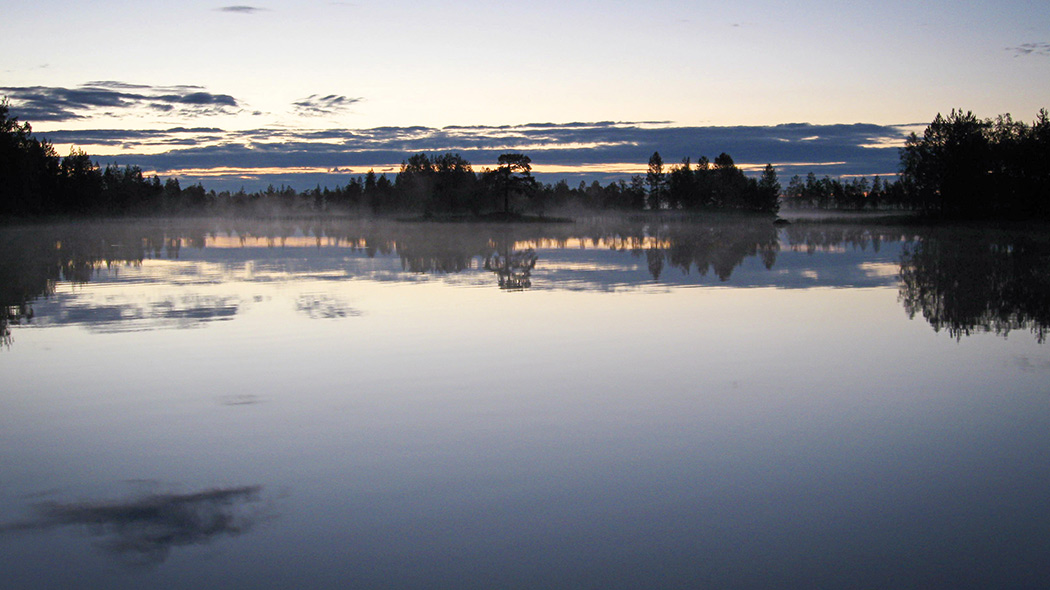 Signs of Human Habitation in the Soppana Area

Observant travellers in the Soppana area can spot numerous signs of the area's livelihood history. Sedge, hay and horsetail have been gathered from the mires along the banks of the River Paasonjoki and used as feed for livestock and they have been stored in haylofts in the mires. The hay has been collected from these lofts during winter when transportation was easier. The ruins of some of these mire haylofts are still standing along the banks of the River Paasonjoki. Cutting of the hay may have lasted several days and at times workmen rested in lean-to shelters built in dry spots near the mire. The ruins of one such shelter still stands on the bank of the River Paasonjoki. Beside it there is a large pine on which some of those to spend time there have carved their initials.

Logging has been practiced in the Soppana area's forests from the beginning of the 1900s and signs of this such as the ruins of oak dams in streams, pits where earth needed for dams has been dug up and the moss which has gathered on the lowest foundations of logger's cabins. The remains of two small estates have also been found in Soppana. On the shore of Lake Paasonjärvi the farmhouse and cattle barn were one single building, while at the estate next to Paasonsuo Mire they were in separate buildings, The only thing left of these buildings is a few decayed logs and piles of stones, which used to be fireplaces.