The Magnificent Landscapes of the National Park

The Säppi Lighthouse Island (61° 28.73'N, 21° 20.52'E) is located in the municipality of Eurajoki on the Satakunta coast by the Bothnian Sea.  The distance to the island from the mainland is five and a half kilometres.  Säppi Island is valuable in terms of its natural heritage: the 150 hectare island holds, on its lush diabase bedrock, a forest that is the object of the national programme for the protection of herb-rich woodlands and important  traditional landscapes, among other things. The island is a very important resting place for migratory birds. 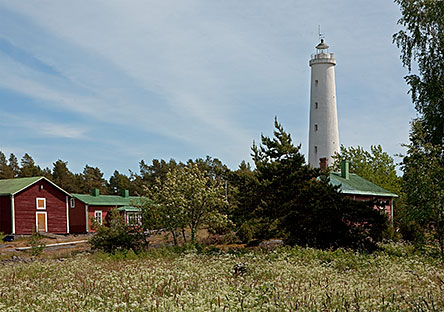 The harbour, Kruununmöljä, is on the north-western shore of the island. When travelling on the island, an observant visitor may spot some mouflons or wild sheep (Ovis aries), whose well-being has been the responsibility of the Reposaari Hunters Club since 1949. Since 2009, the shoreline meadows have also been grazed by Highland cattle. (engl. Highland Cattle).

The fortified island of Kuuskajaskari

On the formerly fortified island of Kuuskajaskari (61°08.2'N, 21°22.2'E) military relics including four disused coastal defence guns, two watchtowers, and many trenches and other defences are still visible. Today the peaceful island is mainly visited by tourists. It offers accommodation, a café, a restaurant, two saunas and meeting facilities. Along the Kuuskajaskari Trail visitors can learn about the island's history and geology. A waterbus service runs during the summer. 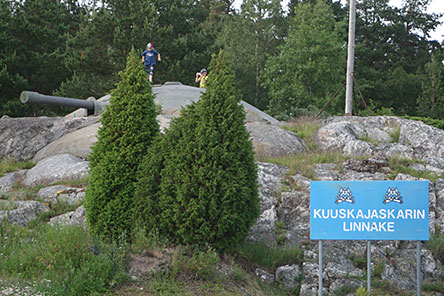 The lighthouse island of Kylmäpihlaja

The island of Kylmäpihlaja and its lighthouse (61°08,6'N, 21°18.3'E) lie about 10 kilometres from the mainland by the open waters of the Bothnian Sea. The lighthouse was completed in 1953, making it the last manned lighthouse built in Finland. Kylmäpihlaja is today a popular destination for visitors, including many birdwatchers. The island's facilities include an excellent restaurant, a café, comfortable accommodation, and sauna facilities. In summer a regular waterbus service runs from Rauma, and visiting boaters can use the facilities in the island's guest harbour.

Find out more about the services provided by local firms (kylmäpihlaja.fi). 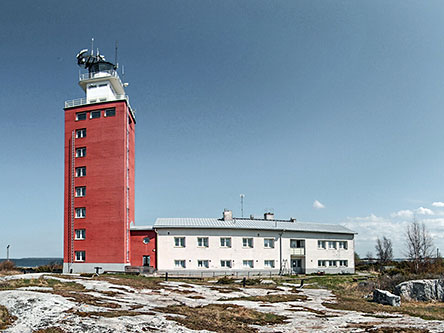 Isokari Island Is the Jewel of the Southern Bothnian Sea

Isokari Island (60° 43,24'N, 21° 01,90'E), which belongs to the municipality of Kustavi, is located in the southern Bothnian Sea, approximately 22 km south-west from Uusikaupunki. The distance from Kustavi is roughly 20 km. Isokari Island is an oasis in the middle of the sea. In addition to shorelines of rock and cobbles, the island has lush herb-rich forests, dry meadows and mire meadows. The island's natural surroundings are very diverse both in flora and fauna. Old human settlements and especially grazing and the collection of winter feed connected to it have, in part, diversified the vegetation of the island, which is otherwise very pristine. As many as 380 species of plants have been found on Isokari Island.

The island is known for its lighthouse that was completed during the reign of the Russian Czar, Nicholas I in 1833. The planning of it had already begun in the early 19th century afte

r the Napoleonic Wars, when Russia took control of Finland. Travel in the Gulf of Bothnia had previously taken place mainly along the route by the Swedish coast, but Russia wanted a means of communication also to the Finnish side of the Gulf. The Isokari lighthouse is the second highest in Finland (49.4 m).

In addition to the lighthouse staff, the island has at one time also been home to the crew of the pilot station. These days, some of the buildings are rented out to summer dwellers.

Tourists are brought to the islands and, in the summer, there are guided tours of the lighthouse. You can get to the Isokari lighthouse island either by your own boat or, in the summer, by water Though Katanpää has no military importance today, it remains significant for its cultural history, and its harbour is well used by visiting boaters. It is the southernmost of the visitor attractions in the Bothnian Sea National Park (uusikaupunki.fi) from Uusikaupunki.

Over the ages many kinds of people have come to the fortifications of Katanpää (60° 36.86N, 21°10.77'E), both willingly and under duress. The headland offers views of three major coastal shipping routes through the Archipelago Sea, and this strategic location explains why Tsar Nikolai II had it fortified in the 1910s, just before Finland became independent, to form the northernmost part of a chain of fortifications named the Peter the Great Naval Fortress. During its construction, prisoners from distant Amur and Manchuria laboriously laid down two kilometres of cobbled road at Katanpää. In the 1930s Finnish prisoners dug up the cobbles and repaired the local barracks. Katanpää was used as a military coastguard station between 1955 and 1999.

Though Katanpää has no military importance today, it remains significant for its cultural history, and its harbour is well used by visiting boaters. It is the southernmost of the visitor attractions in the Bothnian Sea National Park.
Find out more about the island and about cruise boats to Katanpää (uusikaupunki.fi), either from Uuskaupuki or from Kustavi. 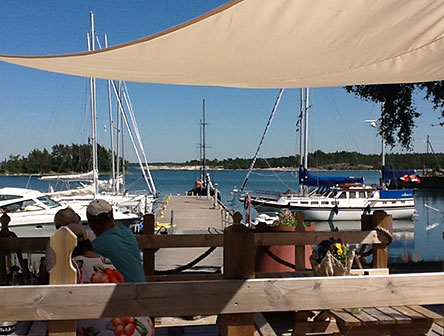 Close to the National Park