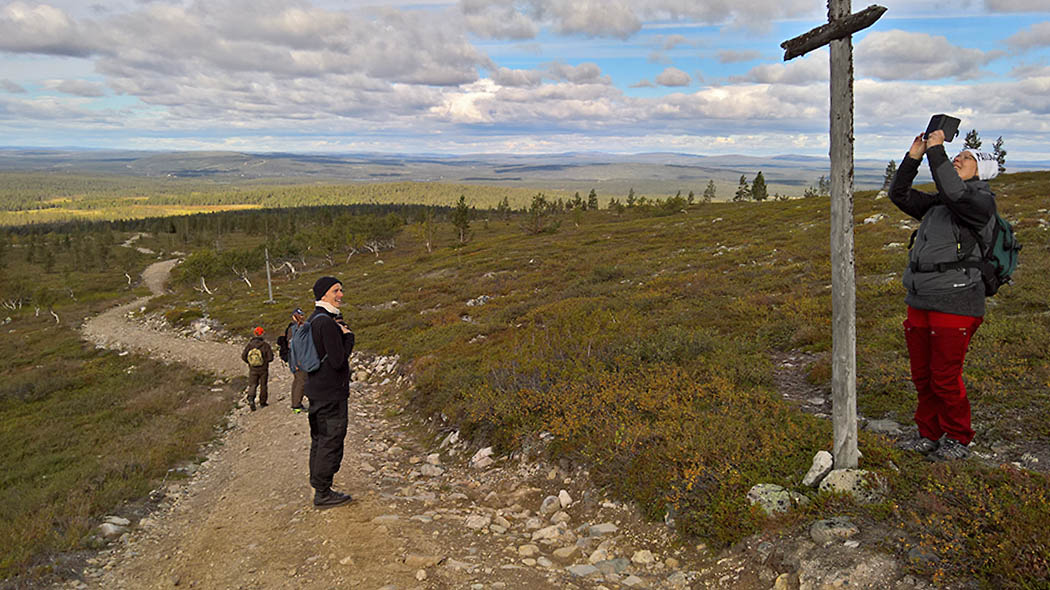 There are nature trails and several longer hiking trails in the Hetta Area.

During spring there are numerous ski trails (enontekiolapland.com) open in the Hetta Area. During early winter only a lit trail is kept open. As soon as there is a sufficient amount of snow a ski trail to Pyhäkero is opened as well. All the area's trails are usually open by the middle of February.

There is always a certain amount of risk when skiing in fell areas and skiers should be aware of and prepared for them. The wind can be bitingly cold and the trail is covered easily during harsh bursts of wind. You should never go skiing in fell areas without proper gear. Ski trail maps are available at Fell Lapland Visitor Centre or they can be printed from the Ounaksen Tunturiladut website (tunturiladut.fi).

From the Hetta Area it is possible to snowmobile in various directions along snowmobile routes. The easiest way to set off on a route is to go to Lake Ounasjärvi. There is a track crossing the lake from east to west. From this track you can continue south to Muonio and Pyhäkero open wilderness hut. Heading east by snowmobile you can ride to Kittilä via Vuontisjärvi, Peltovuoma and Nunnanen or turn just before Vuontisjärvi towards Raattama. The snowmobile track heading west from Hetta leads via Palojoensuu to Kilpisjärvi. If you choose to go north there are two different track options. These meet at Lake Palojärvi. From Palojärvi the joined track leads all the way to Kilpisjärvi.

If you snowmobile along snowmobile tracks within the Hetta Area no permit is needed. The tracks in the area are maintained by the municipality of Enontekiö (enontekio.fi, in Finnish). The tracks have not yet been officially inspected so riding along them at your own risk.

Visitors who are planning on snowmobiling from Hetta across wilderness areas to Kilpisjärvi must purchase a Metsähallitus snowmobile permit, as the track between Palojärvi and Kilpisjärvi is maintained by Metsähallitus and funded by permits. 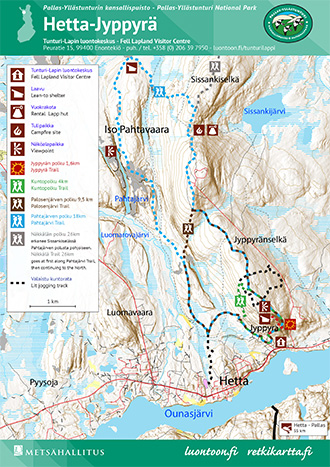 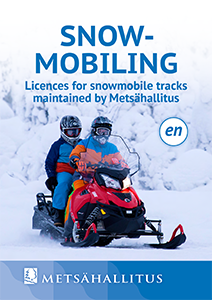