Siikalahti, which is located in the municipality of Parikkala on Finland's south-eastern border, is known for the abundant and versatile array of bird species that both nest there and visit there during migration. Siikalahti is part of the Lake Ladoga - Karelia area in respect to its flora and fauna. Lake Ladoga is only 35 km from Parikkala. Siikalahti Nature Reserve is 5 km long and there are 16 km of shoreline. Even at the deepest point the bay is less than a metre deep.

Around two thousand bird mate couples nest in Siikalahti each summer. There are 70 species nesting in the area. Spring migration is at its peak in May, during which time there are also dragonflies adding life to the landscape. In late summer the wetland is temporarily colonised by water birds shedding feathers and preparing for autumn migration.

Bird wetlands are typically made up of different zones. The vegetation at Siikalahti gravitates from inland towards the wetland from forests to shoreline groves, different types of shore meadows, sedges, reeds and grass to the floating and aquatic plants in open water. Each zone has its own dominant species. Because there is such diversity in the areas vegetation this explains the diversity in birds as well.

Islands and shoreline forests at Siikalahti are made up of herb-rich forests or old grazing land which has been run over by alder. In spring the Hepatica blooms during mid-May. The Lungwort (Pulmonaria obscura) and the Spring Pea (Lathyrus vernus) flower before trees even get their leaves. In the shade of the grey alder, the birch, the bird-cherry, the aspen and the goat willow there are lush shrubs such as the Mezereon (Daphne mezereum). Within herb-rich forests the sweet smell of the Lily of the valley (Convallaria majalis) and the Meadowsweet (Filipendula ulmaria) floats through the air. The speciality of the Karelia-Ladoga area the Wood Cow-wheat (Melampyrum nemorosum) grows in Siikalahti's herb-rich forests. 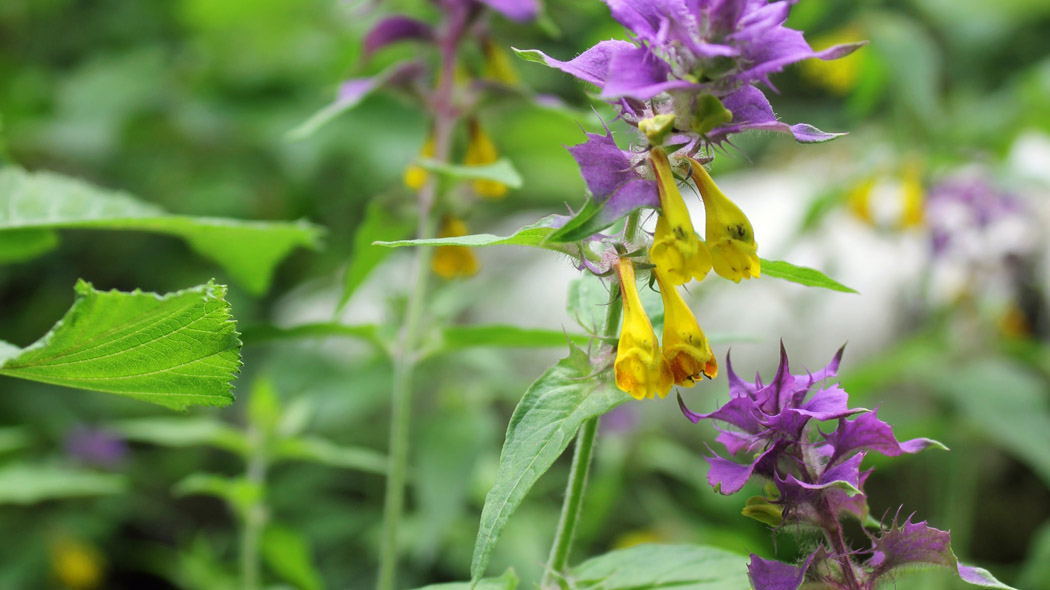 The Golden Dock (Rumex maritimus), which looks very average, but is very rare, is the first species to grow wild on the dam embankment. The actual wetland starts from there and its plants tend to grow extremely tall. There are roughly 130 species of vascular plants and 20 different mosses in Siikalahti.

There are 70 hectares of Cattails (Typhaceae) growing in Siikalahti. Measures have had to be taken to slow down its growth. Underwater plants have taken over the area's open water and they grow from the bottom the surface. There are many threatened plant species at Siikalahti the most precious of which is an aquatic plant called Najas tenuissima.

There are a vast amount of dragonflies at Siikalahti; over 20 species. For example at the end of June there are plenty of Four-spotted Chasers (Libellula quadrimaculata) for the Eurasian Hobby (Falco subbuteo) and the Red-footed Falcon (Falco vespertinus) to feed on. The rare and threatened Green Hawkers (Aeshna viridis) and Leucorrhinia sp thrive in Siikalahti. The best time to observe dragonflies begins at the end of May. At this point the Leucorrhinia sp break out of their cocoons and get the first taste of flying, which they do plenty of all summer. 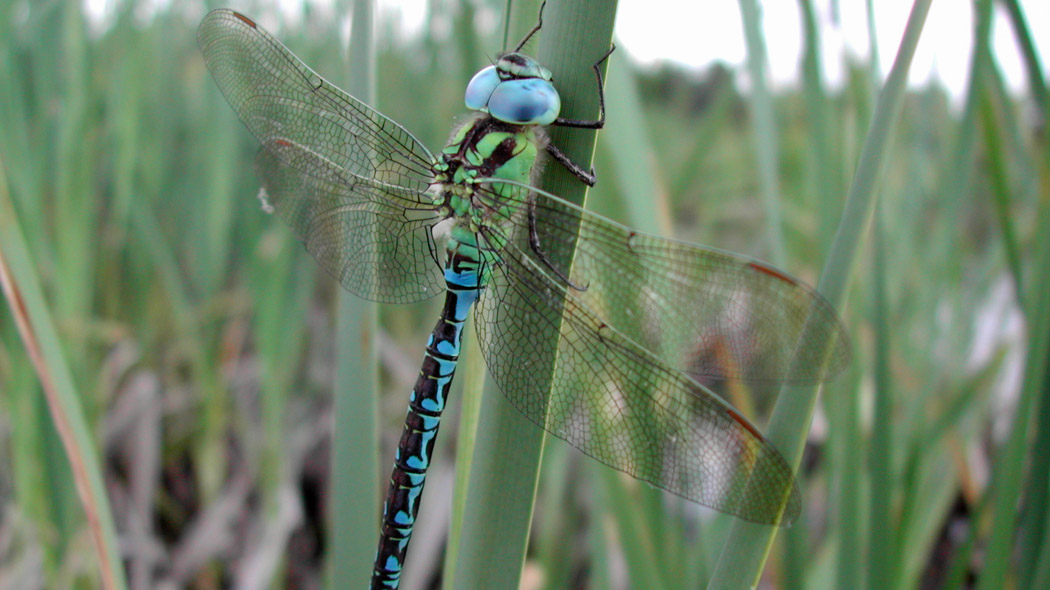 In autumn a group of  Vagrant darters (Sympetrum vulgatum) fluttering by makes for an impressive experience. Dragonflies can best be observed from the lookout platform next to the parking area and from the duckboards on the nature trail. With binoculars you can make out the intricate patterns on the wings of dragonflies and the colouring of their body which is a sure way to identify the species. Their colours range from brilliant turquoise to yellow striped. The last of the dragonflies disappear when the night temperature drops below zero.

The Great Bittern (Botaurus stellaris) lives in the highest and densest reedbeds possible. It is hard to spot while in the reeds, as it is brown-yellow in colour and blends in with reeds. Great Bittern can camouflage itself further by stretching itself to be tall and thin and swaying at the same pace as surrounding reeds. The best ways to spot the bird are when it sets off in flight to go fishing or when it calls out.

The male Bittern attracts females to his harem and informs other males of his territory with hollow blowing calls, which can be heard up to 5 km away. Males have many mates and do not help care for their young. Great Bittern's young look like miniature trolls with sparse orange feathers sticking out in all directions.

Birds of the Open Waters

The labyrinthine shores of the open waters at Siikalahti offer good hidden nesting spots. Approximately 500 Black-headed Gull (Larus ridibundus) mating pairs nest at Siikalahti. During the day the gulls dominate the wetland with the ear-splitting noise. The Great Crested Grebe (Podiceps cristatus), the Horned Grebe (Podiceps auritus) and different types of ducks tend to nest near flocks of gull, as feisty gulls keep predators and nest robbers at bay.

Somestimes you will see a fluttery Little Gull (Larus minutus) stray from a flock of gulls. The Little Gull is a typical bird wetland species and it has settled permanently as a nesting species in Siikalahti. There are several Common Gull (Larus canus) and Common Tern (Sterna hirundo) mating pairs nesting in Siikalahti.

Ducks (Anatidae) nesting on the shallow shoreline flood meadows feed at small pools. For birds loosing their feathers the edges of the open waters offer a peaceful resting place and for this reason in late summer a huge group of wetland birds from a broad area gathers at the bay. There are many times more birds at the bay at this time than usually nest there or are born there.

The Horned Grebe (Podiceps auritus) is found in Finland's best bird wetlands and its population at Siikalahti is Finland's strongest. The Common Pochard (Aythya ferina) is also originally a wetland bird. Some common pochards choose to nest in the shore meadows while others build their nests at the edge of the open water. The territorial scuffles between Common Coots (Fulica atra) can often be heard from the edges of high grass patches. 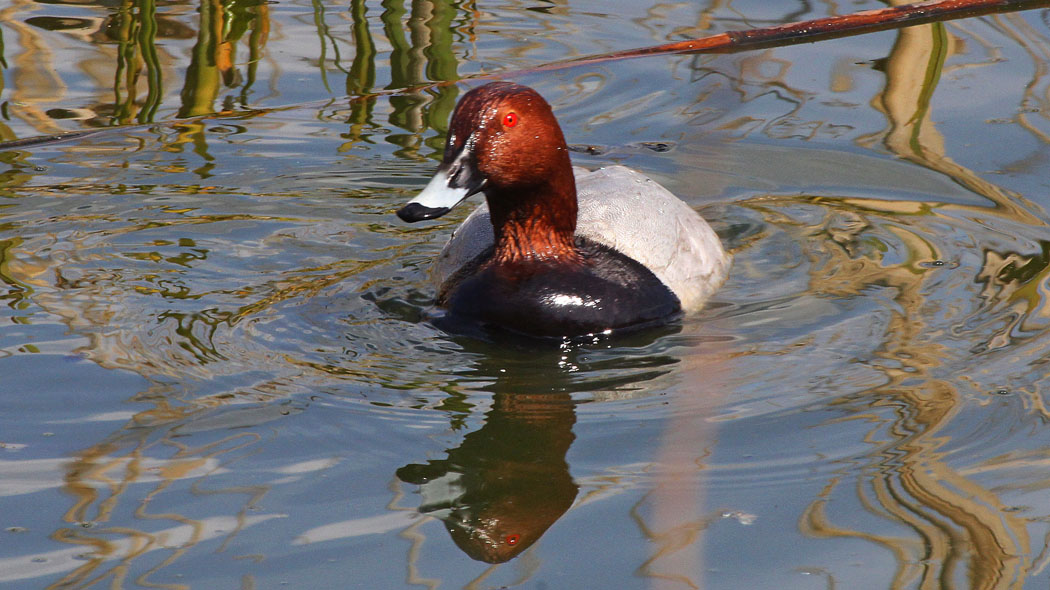 Birds of the Reedbed

The value of Siikalahti as a bird wetland is due in great part to the area's dense reed and cattail beds. Finland's strongest Great Bittern (Botaurus stellaris) population inhabits Siikalahti. There are approximately eight males. The Great Bittern is the most demanding of Finland's wetland birds as it only nests in reedbeds spanning several hectares.

The Western Marsh Harrier (Circus aeruginosus) is the most seen of the valuable wetland bird species at Siikalahti. It rises often from the reedbed to circle over the wetland.

Birds of the Shrubs and Shore Meadows

The passeriformes which is the most abundant on the edges of Siikalahti is the Reed Bunting (Emberiza schoeniclus). The Common Rosefinch (Carpodacus erythrinus), the Red-backed Shrike (Lanius collurio) and the Whinchat (Saxicola rubetra) have spread to the edges of the wetland from dryer inland spots. The Willow Warbler (Phylloscopus trochilus), the Whitethroat (Sylvia communis) and the Garden Warbler (Sylvia borin) populations grow when overgrowth of shrubs occurs.

The rare Yellow-breasted Bunting (Emberiza aureola) was one of Siikalahti´s most valuable nesting species for two decades. The reason it disappeared from the area is unknown. The Yellow Wagtail (Motacilla flava) population has declined as the area has become overgrown with bushes.

The European Wigeon (Anas penelope), the Tufted Duck (Aythya fuligula) and the Northern Pintail (Anas acuta) tend to be on the meadows at the edge of the wetland. For the more demanding anseriformes, the Garganey (Anas querquedula) and the Northern Shoveller (Spatula clypeata) the meadows at Siikalahti are some of Finland's best nesting sites when they are clear and not over grown. 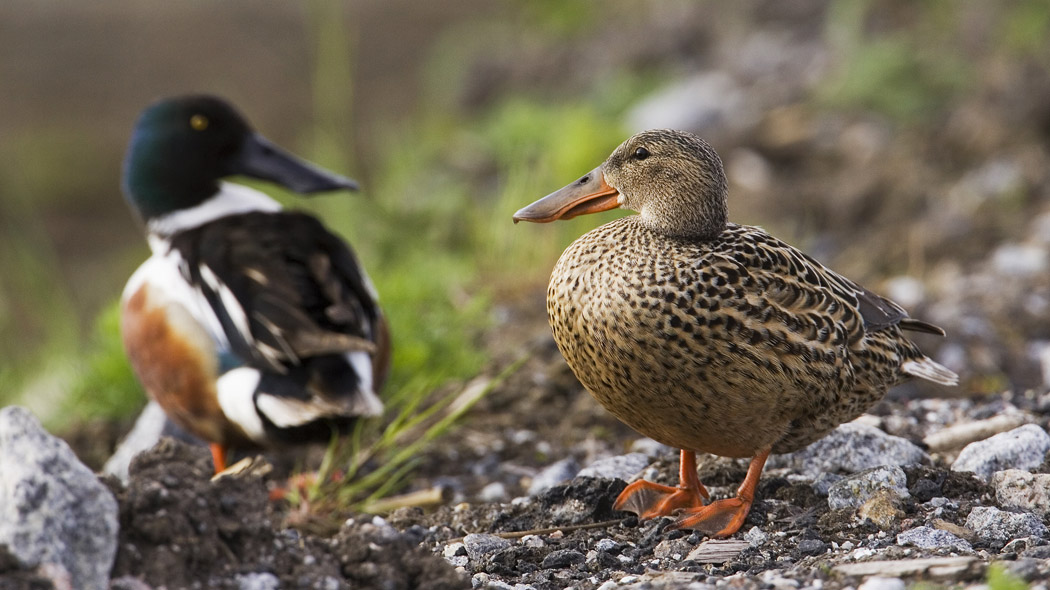 Birds of the Herb-Rich Forest

There are many insects to feed on and many places to build nest and to shelter in, in the area's lush forests. In lush herb-rich forests the bird population is therefore more dense and there are more species than in evergreen forests.

The most common birds in all of Finland's forests the Chaffinch (Fringilla coelebs) and the Willow Warbler (Phylloscopus trochilus) thrive in the lush groves here as well. The branches are also alive with the calls of the Fieldfare (Turdus pilaris), the Redwing (Turdus iliacus) and the Pied Flycatcher (Ficedula hypoleuca) and Paridae species.

The most valuable birds in the area's groves are those that live only in lush forests. A strong Thrush Nightingale (Luscinia luscinia) population resides in the shoreline forests. The competitive song of male thrush nightingales rings out during the nights in early summer. Other loud singers are the Blackbird (Turdus merula), the Blackcap (Sylvia atricapilla), the Garden Warbler (Sylvia borin) and the Icterine Warbler (Hippolais icterina). Golden Orioles (Oriolus oriolus) whistle down from top branches near to where their nests hang. 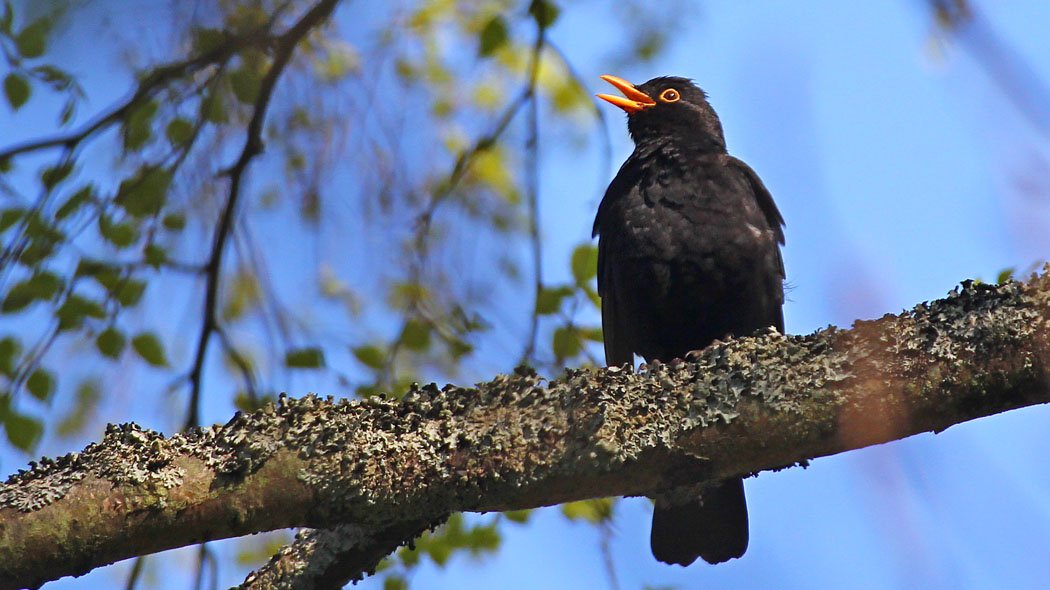 The croaking-like call of the Eurasian Woodcock (Scolopax rusticola) as it flies is linked to the mood of the area's herb-rich forests. Other unique characteristics are its plump build and the wobbly way it flies due to its build.