History of the Kurjenpolvi Graveyard 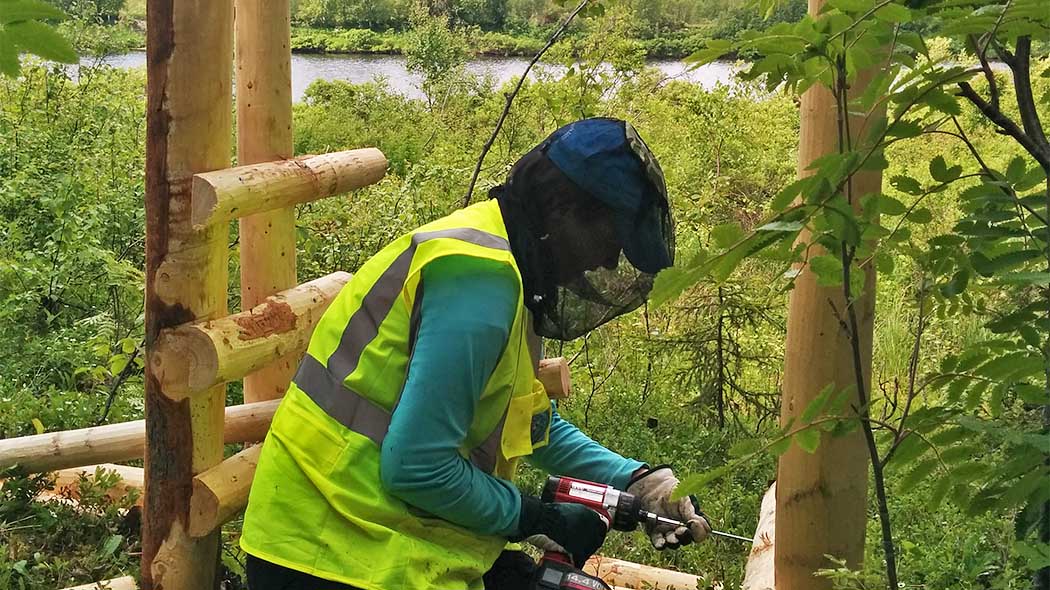 The Kurjenpolvi graveyard by the River Ounasjoki introduces visitors to Christian burial traditions. An ancient Sámi cemetery may have stood on the same site, but there is no proof of this.

In the late 1600s, Kittilä was part of the vast church parish of Kemi in Lapland. The centre of the parish was located in Kuusamo and the parish belonged to the Diocese of Turku. Both the Sámi people and migrants from the south lived in the area at a time when the Church was just beginning to have an influence.

According to Sámi tradition, the dead were buried close to their place of death rather than being transported to a church for burial. The Church did not approve of this practice but instructed people to bury their dead in consecrated, fenced graveyards. The people of the Lapp villages of Kittilä and Sompio were permitted to bury their dead in the local graveyard, Kurjenpolvi. Special permission was granted for this because the journey was long and difficult from the villages to the chapels in Kemijärvi and Sodankylä, not to mention the mother church of the parish in Kuusamo.

The timber grave structures rose above ground level in Kurjenpolvi. Several deceased are known to have been buried in the same grave. For instance, a timber-covered grave for around 25 corpses has been found in Kurjenpolvi. At least some of the dead were buried in coffins, and no objects were placed in the graves. Reminiscent of houses, the timber-frame graves were built from the end of the Iron Age to the early Middle Ages; in many places in the North some were still being built in the 1700s.

The Kurjenpolvi graveyard was abandoned after the building of a church in Kittilä around 1778 and the founding of a new cemetery by the church.