Uddskatan and Tulliniemi are very maritime in nature. Jutting far out to sea, Hankoniemi’s outermost point, Uddskatan, offers visitors an opportunity to experience the maritime zone and outer archipelago landscapes without leaving the mainland. In this regard, all of Hankoniemi is an interesting hiking destination: you can explore all the different archipelago zones along its southern edge, such as the Täktominlahti bay. 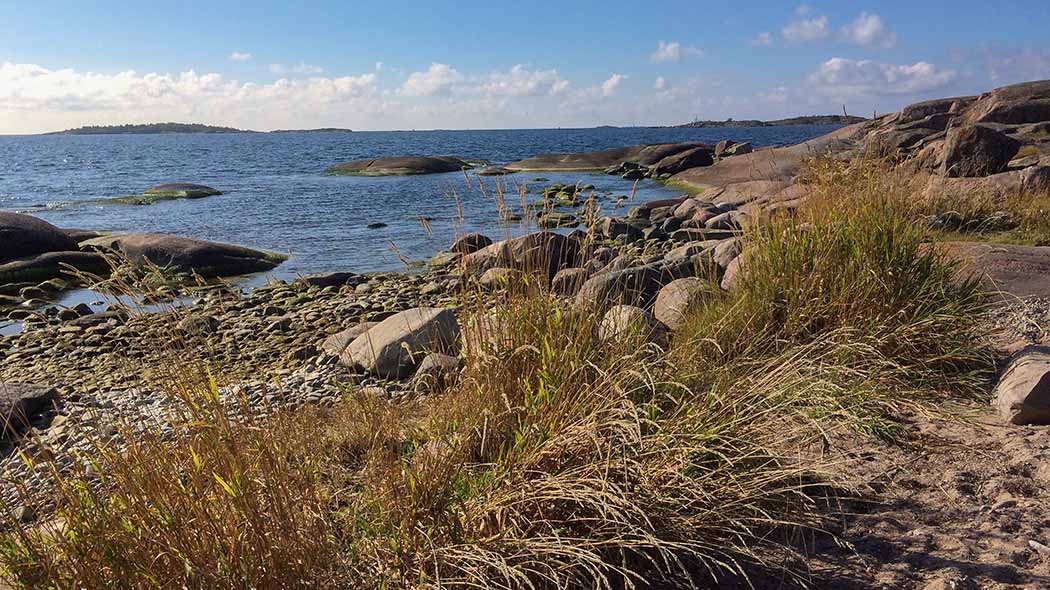 Variety of habitats
Uddskatan and Tulliniemi are part of the Salpausselkä esker chain, which is characterised by long sand beaches. However, Uddskatan and the tip of Tulliniemi peninsula are more rocky than other areas. Indeed, one-third of the Uddskatan Nature Reserve is shoreline bedrock covered by vegetation. In addition, there are groves, coastal meadows, dry or wet meadows and dunes in various stages of development. Underwater habitats, such as spits, shallow bays and shoals are in a class of their own.

Open biotopes favoured by meadow plants
Uddskatan’s coastal meadows and sandy shores as well as rocky pastureland are favourable biotopes for many open-ground plants. The varied, hay-dominated vegetation types found in coastal meadows form a patchwork of plant life. Meadow plants include the meadowsweet , puprple loosestrife, autumn hawkbit, silverweed, seaside centaury and one-glumed spikesedge. The surfaces of shoreline bedrock are covered by patches of crustose and foliose lichens, which are broken up by mats of hay and grass. Orpine grows abundantly here, along with wild strawberry and wild pansy.

One example of an endangered plant is the sea thrift, which is know to have grown at Hankoniemi since the 1800s. The sea thrift thrives in open coastal meadows and sandy shores. Indeed, the key to its survival is keeping vegetation open by grazing or mowing.

Bird rest stop
The Tulliniemi archipelago area is an important nesting area for seabirds. There are large populations of, for example, eider, several species of gull and Arctic tern found in the area. The common shelduck and parasitic jaeger are two of the rarer species nesting in the area. One of Finland’s rarest main migratory routes also passes through Tulliniemi. Birds of prey and passerine birds, among others, keep watch over migrations on the peninsula. Uddskatan’s forests, coastal meadows and water areas are attractive resting and feeding grounds for birds. Many nomadic birds, which are birds that migrate irregularly, also pass through Tulliniemi. These include tits, woodpeckers and owls. 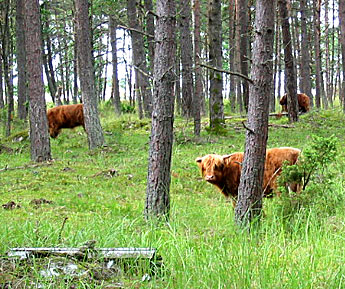 An effort is made to keep meadows open by means of grazing, mowing and tree clearing in order to ensure that, for example, the sea thrift and numerous bird and insect species will thrive.

Hiding places for bats
Of all the mammals found at Uddskatan, one should be sure to mention bats. There are several different species of bat in the area, as the abandoned barracks found on the edge of the nature reserve offer excellent hiding places. Uddskatan is also a rest stop for bat migrations. The needs of bats are taken into account in managing the land here: when cutting down trees, a few are left standing to serve as resting places for bats.