On condition surveys of Koron korsu Rental Hut, Piippukota Campfore Shelter and Kaivoslampi Lean-to shelter, they were found to be in poor condition. Rental cottages are neither occupied nor bookable.

In Korouoma there is are two 5-kilometer-long day routes in the area, both of which are ring-shaped routes, starting from the Saukkovaara parking area. Koronjää can be walked on foot in summer and on snowshoes in winter. Piippukallion pihaus is suitable for summer hiking - in winter, steep slopes are dangerous. 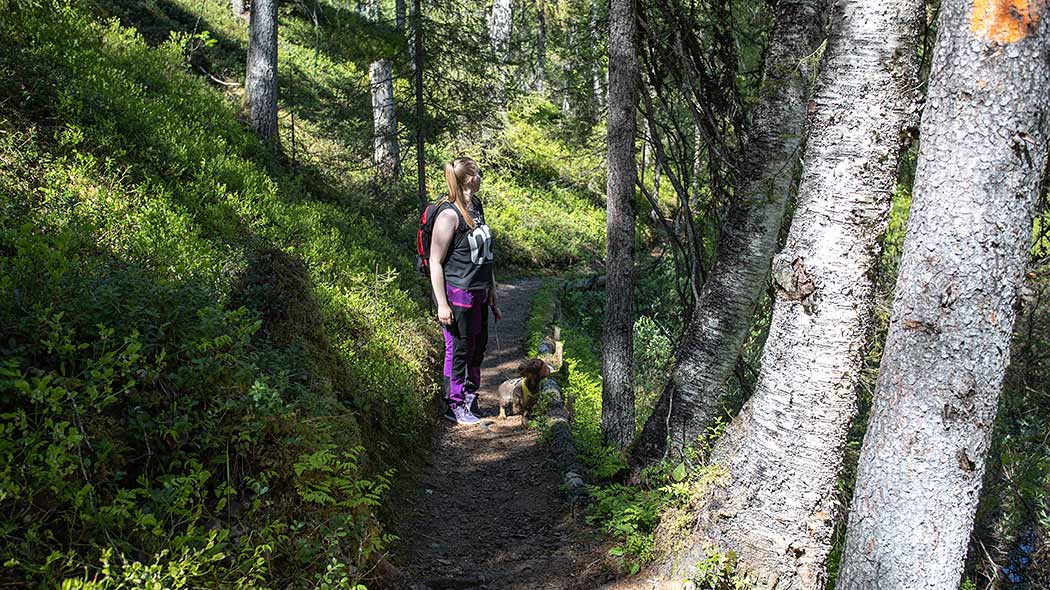 The entire canyon formation of Korouoma is worth seeing in itself and there are several steep rock formations in the area. The River Korojoki flows meandering at the bottom of the canyon. The species richness of the groves attracts the plant enthusiast to delve deeper into the area.

Indulge in cliff or ice climbing

Korouoma is the largest and best-known ice climbing site in Finland among climbers. There are several frozen waterfalls in the Korouoma area suitable for climbing. The best-known ones include the 60-metre Ruskeavirta and Mammutti, the latter of which is favoured by beginners. The number and formation of the frozen waterfalls suitable for ice climbing vary from year to year, and depends on rainfall and frost.

The most popular route to the frozen waterfalls is the trail starting from the Saukkovaara parking area. Ruskeavirta can be seen on the opposing side when descending to the canyon from the parking area. 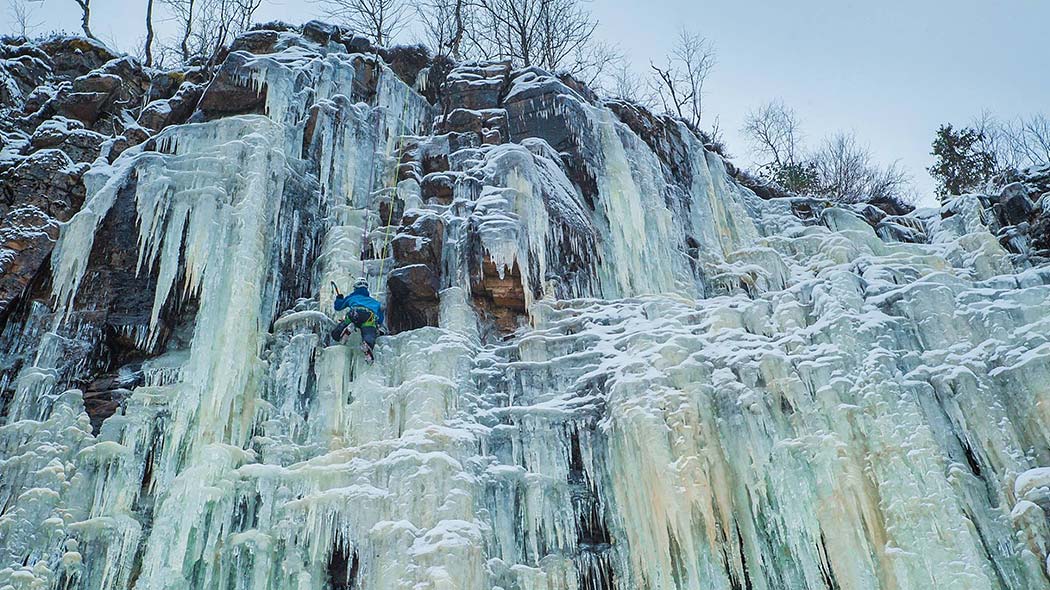 Ice climbing is allowed at all waterfalls in the area. Due to the inherent risks in ice climbing, beginners are advised to complete an ice climbing course organized by a climbing association or a commercial organizayion before trying it in the wild. Climbing associations operating near Korouoma include Koillismaan Kiipeilyseura (facebook.com, in Finnish) in Kuusamo and Rovaniemen Vuoristoklubi (rovaniemenvuoristoklubi.com).

Cliff climbing in the Korouoma area is restricted to the cliffs at the western end of the canyon. More information about the area's routes is available from e.g. Suomen kalliokiipeilyreitit (Cliff Climbing Routes in Finland), published by the Finnish Climbing Association.

Read more about ice falls on Sights in Korouoma.

The Pirunkirkko area is out of bounds between 1 May and 31 July to avoid disturbing endangered species native to the area.

Information for Companies and Big Groups

Do you plan to organize guided excursions to the Finnish National Parks or other protected areas? It is possible due to partnership agreement with Metsähallitus, Parks & Wildlife Finland.

Many kinds of Huts for the Hiker. Please note, that it is not allowed for big groups or commercial groups to overnight in Open Wilderness Huts and in Day Trip Huts.