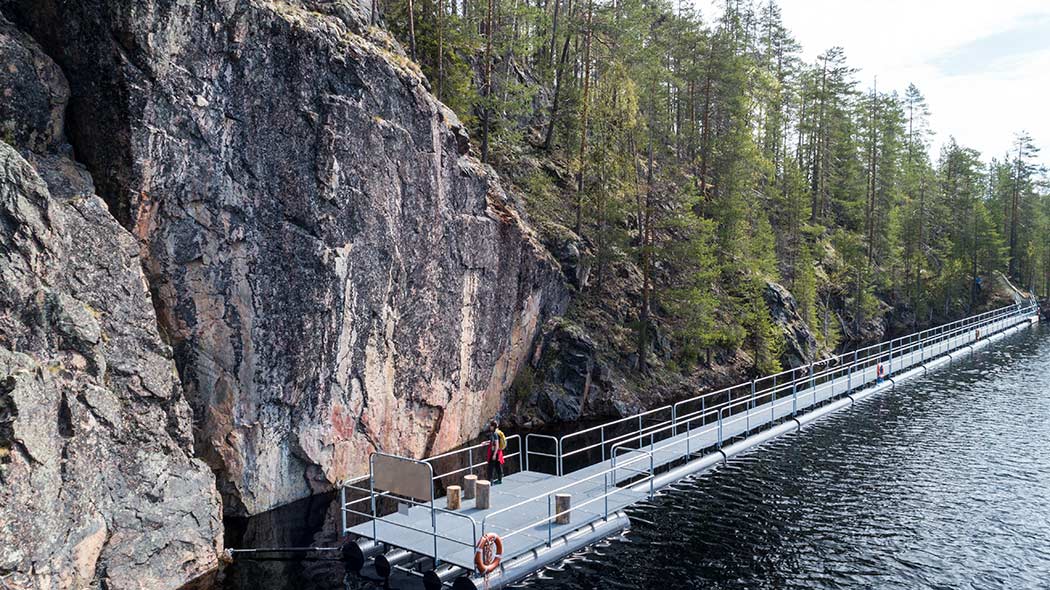 There are plenty of beautiful, special places in the national park. You will see traces of work carried out by people in forests and on lake shores in the past. The oldest traces are from the Stone Age. 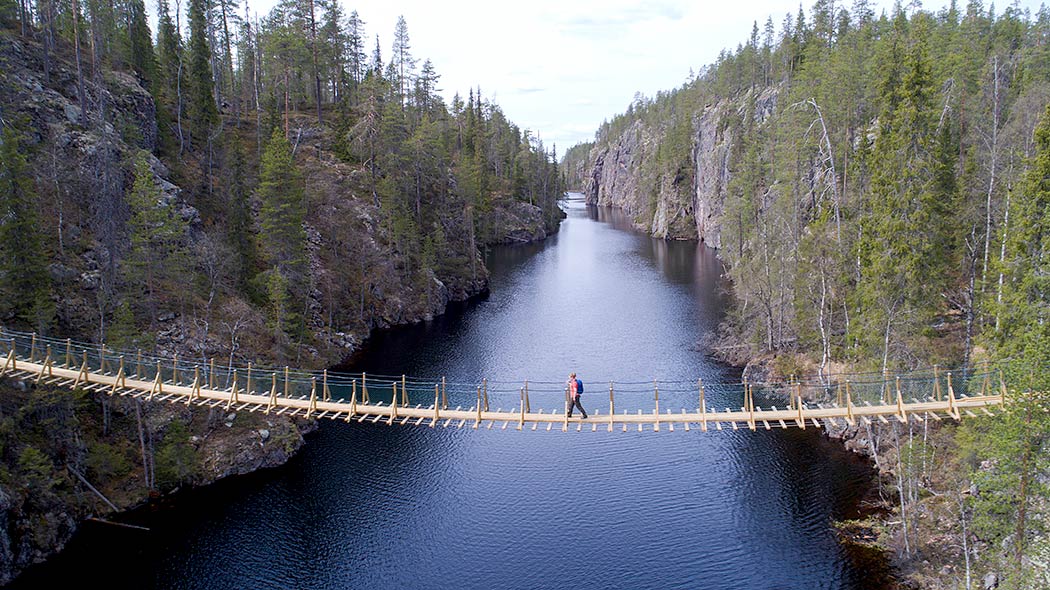 The Julma-Ölkky canyon is a fracture valley that is several kilometres long. The Julma-Ölkky canyon lake was formed in it. The lake is about three kilometres long and, at its narrowest, only ten metres wide, and it is about 50 metres deep. From the surface of the lake, the rock wall rises to the heights of 50 metres. After a narrow neck of land, the canyon fracture continues for one more kilometre, taking the shape of Lake Pikku-Ölkky and Ölkynlampi Pond.

There is a small rock painting in the centre part of Julma-Ölkky, depicting two people and an elk or deer. It is the northernmost rock painting found in Finland, and you can only see it from a boat, or from the lake ice in winter. There is a vault-like rock fracture, Pirunkirkko (Devil's Church), in the northern part of the canyon lake. According to a story, a wise man's place of worship was located in the fracture and he cast spells there.

Julma-Ölkky is the uppermost lake in the Hyrynsalmi route, which belongs to the River Oulujoki watercourse. The waters flow, via Lake Kiantajärvi and Lake Oulujärvi, to the Bothnian Bay. 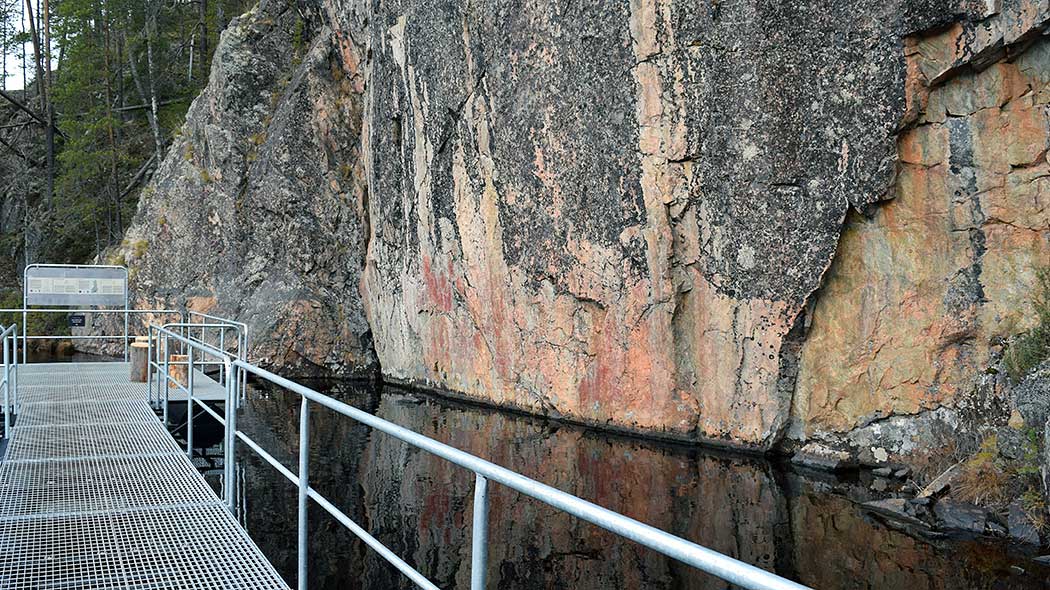 The Värikallio rock paintings at Somerjärvi date back to the New Stone Age. They are at least 4,000 years old. There are more than 60 identifiable figures in the set of paintings, which deals with the fishing and hunting culture and worldview of Stone Age people. As with many other significant rock paintings in Finland, they are located along a water route.

Muikkupuro is a narrow, crystal-clear stream that connects Lake Iso-Valkeainen and Lake Keski-Valkeainen. The wriggling Muikkupuro stream is stunningly beautiful. The Muikkupuro lean-to shelter is located by the stream. There is a trail, accessible to all, to the lean-to shelter. 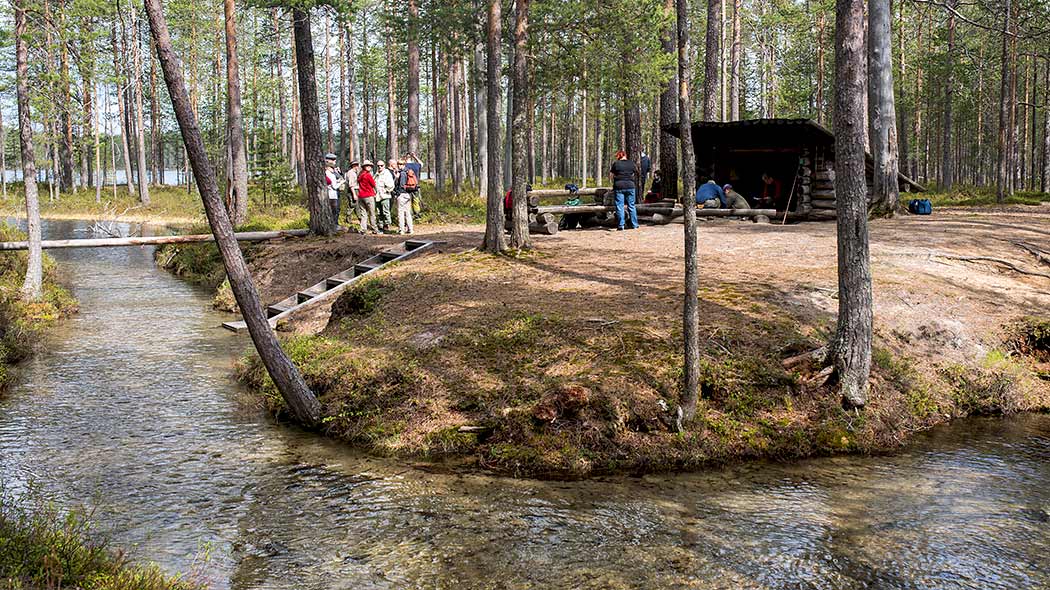 Lounatkoski is the fastest-flowing rapids in Hossa. A log-floating dam, a boathouse and a storage of wooden beams are located in the area above the rapids. The beams were used for regulating the size of the hole in the log-floating dam.

There is also a mill that was used for grinding grain. It is still in working order. The former log floaters' cabin currently serves as a rental hut. 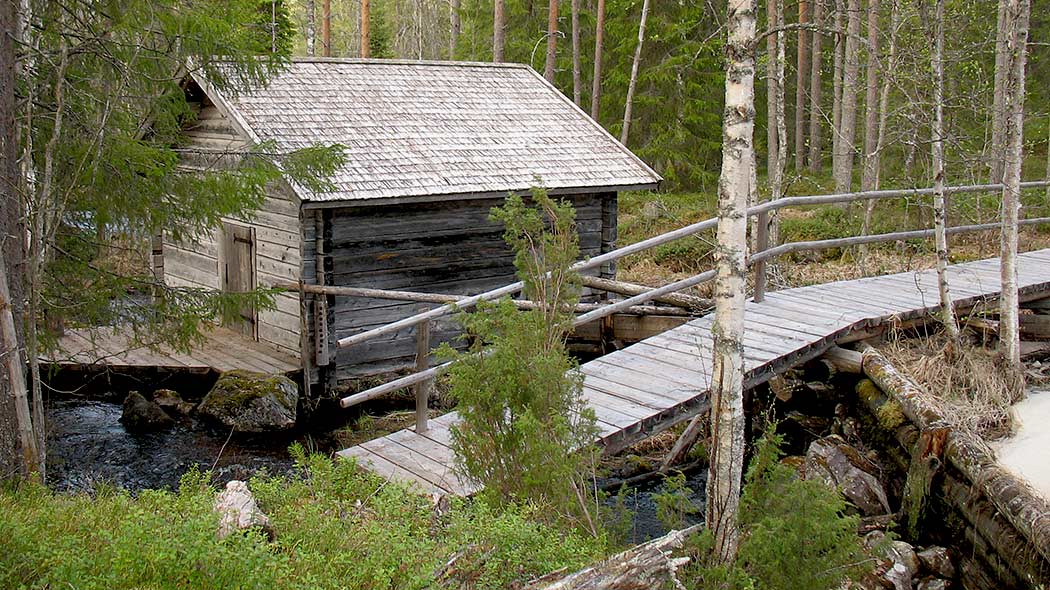 When the national park was established, the Moilasenvaara area, including spruce forests and mires, was annexed to the national park's territory, considerably contributing to the diversity of the natural features and the landscape.

There is a tree named Papinpetäjä (Priest's Pine) on the shore of Keihäslampi Pond. Years and other markings have been carved on it. The oldest identifiable year is 1750. It is said that the tree was called Papinpetäjä, as, before any roads were constructed, priests travelled by boat in remote areas and met people on shores. The tree has been a mark showing the priest's route and it has been said that children were christened under it. 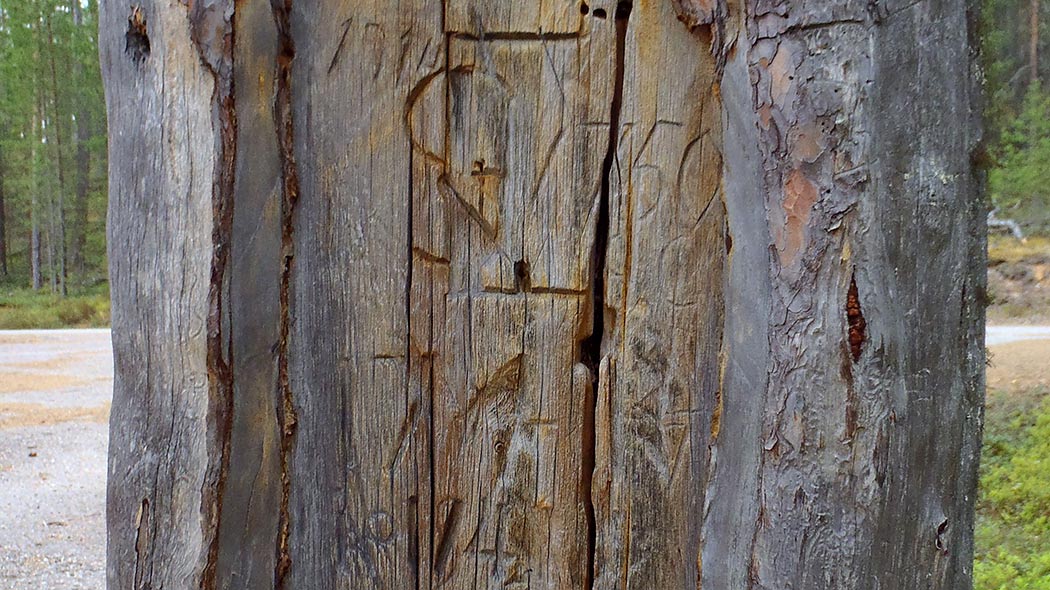 Reindeer Sheds and Other Structures

During the worst mosquito periods in summer, reindeer withdraw into low reindeer sheds. The blood sucking insects do not thrive with reindeer in such a small space. There are three restored reindeer sheds at Kokalmus.

There is a former reindeer roundup pen, built of logs, at Honkavaara. Apparently, it was built in the latter part of the 19th century and its use was discontinued in the 1960s.

There is a former reindeer trap at Lipposensalmi. They were small pens into which reindeer were collected before the actual reindeer roundup took place in late autumn. 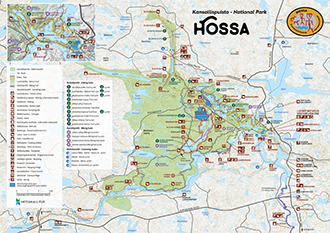 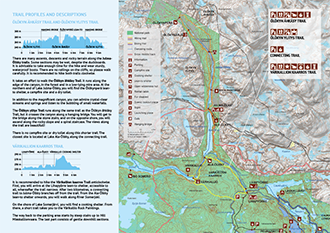