Located in the Archipelago National Park, Metsähallitus first ever underwater nature trail is situated on the shore of Stora Hästö Island. This special trail is intended for boaters, nature  school  students, archipelago ecotourism entrepreneurs and divers, as well  as others interested in underwater nature. Representing the diverse and interesting underwater habitats of the area, the function of this unique nature trail is to stimulate further interest in the underwater world. Along the trail  and its evirons can be found  seaweed belts on rocky shores, as well as lush vascular plant communities on gravelly sands. Such communities support many small fish species and blue mussels, as well as smaller animals, such as plant-loving crustaceans and snails. 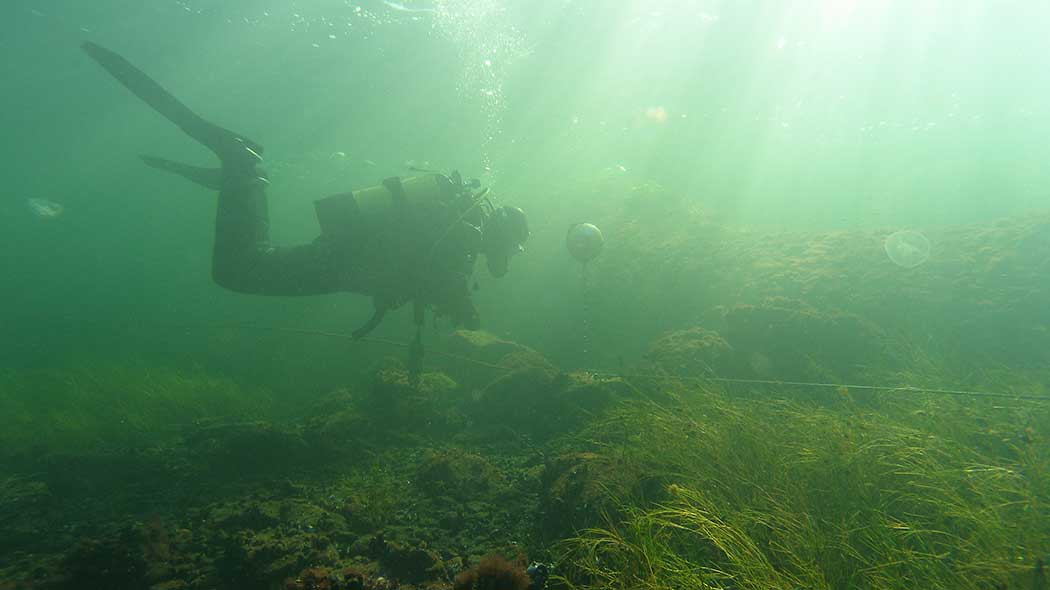 Stora Hästö is situated approximately five kilometres southwest of the Archipelago Centre in Korpoström. Visitors to the island can find the trail, whose starting point is marked by a white buoy (see map). The trail may be followed by swimmining (with swimming goggles), or by snorkelling or diving. The information plates are fixed to concrete plates located on the seabed at depths of 0.5-10 metres, depending on which route is taken. There are two routes, i.e. the "little porpoise" and the "grey seal". Along the former, which measures 150 metres, signs can even be read just floating on the surface.  However, the 300 metre "grey seal" route is intended for divers only. All information plates are linked by rope and marked with yellow buoys to make the trail easy to follow. The guide plates inform visitors in finnish and swedish about underwater nature, e.g. rocky shore alagal zonation, blue mussels, brackish water, fish and seagrass meadows.

There is also a more traditional terrestrial nature trail on Stora Hästö, including a natural harbour with information boards, a fireplace, campsite and toilets. Please note that it is forbidden to anchor on or near the nature trail itself!