Natural Features and Sights of Valtavaara-Pyhävaara

The hills and fells in the Ruka-Valtavaara area are remnants of the ancient Svekokarelid Mountains. The only evidence left of these mountains is their worn roots, which are made-up of the hardest rock types. The area for the most part is located higher than the rest of Kuusamo which makes the range of species diverse. There are barren cliff, spruce forests and marshy depressions. The highest hills in Kuusamo are located in the Ruka-Valtavaara hill chain. Valtavaara, the highest point, reaches an altitude of 492 metres.

As the rock bed in the area is calciferous and the area's microclimate is extremely damp vegetation is lush and versatile. There is a vast range of fell vegetation as these hills have the same kind of rock and earth as in southern regions and therefore the perfect conditions for alpine plants. This region has a mix of northern and southern species, which is unique within Finland. Some fell plant species which appear in Valtavaara Nature Reserve are the Three-leaved Rush (Juncus trifidus), the Alpine Azalea (Loiseleuria procumbens), the Blue (Mountain) Heath (Phyllodoce caerulea) and the Black Bearberry (Arctostaphylos alpina). 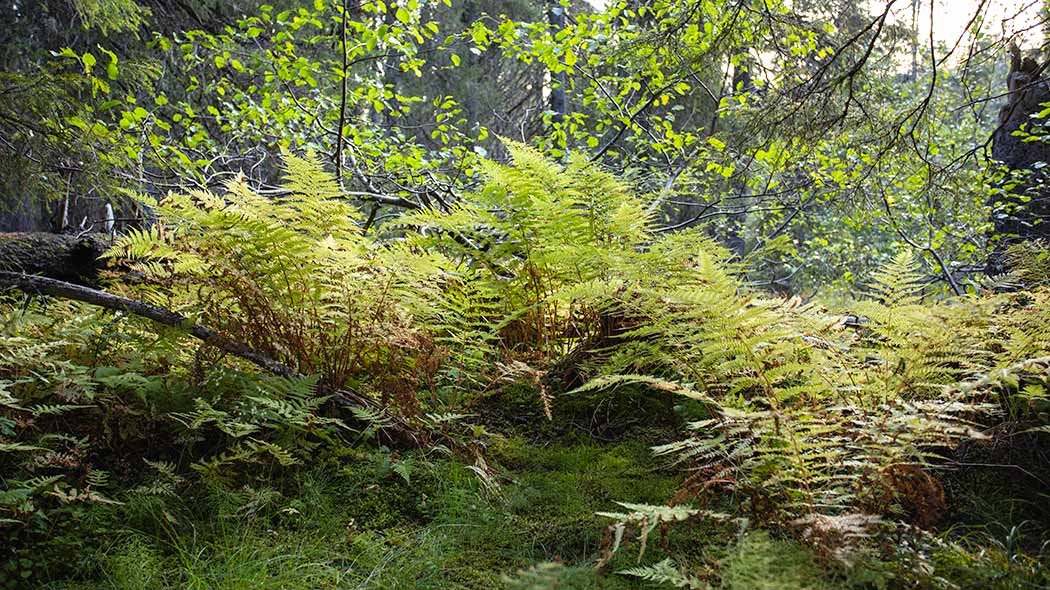 A Bulls Eye for Bird Watching

Valtavaara Nature Reserve is known especially for its birds and you will likely encounter bird watchers with binoculars in the hilly landscape. The birdlife in the area is an abundant spruce forest population. The area's herb-rich forests are brought to life by the song of southern bird species. The Red-flanked Bluetail (Tarsiger cyanurus) could be considered the symbol of the area. It nests in the area each year with differing abundance, but for the mean while it is a definite inhabitant every year. Other interesting species are the Pine Grosbeak (Pinicola enucleator) and the Greenish Warbler (Phylloscopus trochiloides).

Valtavaara Hill is a known scenic lookout point, from where visitors can see all the way to Lake Kitkajärvi in northern Kuusamo and to Kuontivaara Hill in the west. 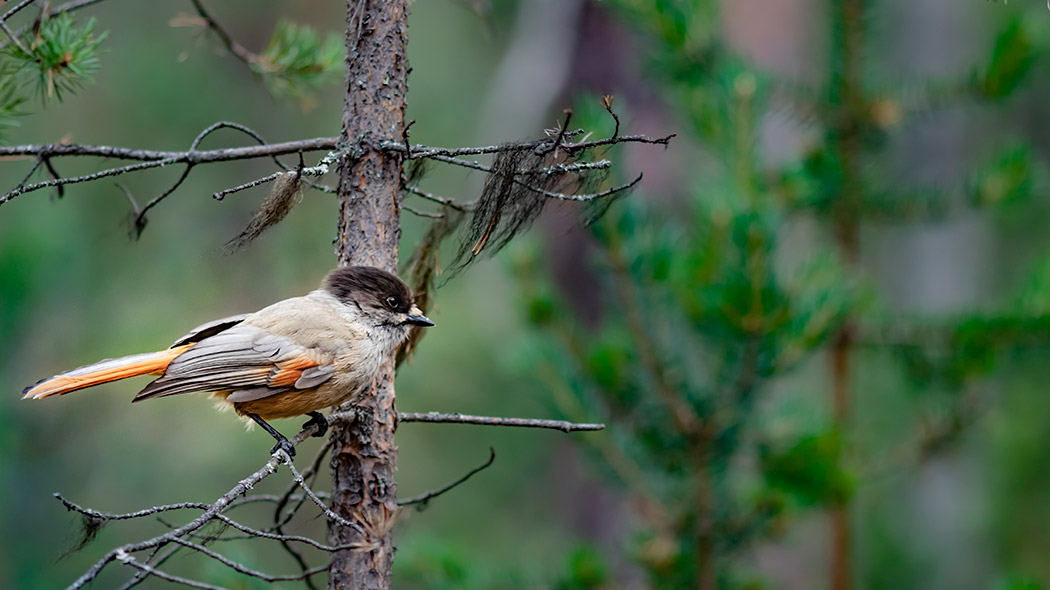 The caves at Juhannuskallio Cliffs have been a well-known tourist attraction for a long time. The area's largest cave Pirunkirkko Cave and the smaller caves surrounding it are located in a steep cliff by the road leading to Rukatunturi Fell (ruka.fi). The caves attract climbers and at one time it was such a popular spot that a guestbook was even kept there.

The trail leads across the top of Juhannuskallio Cliffs. We recommend that you remain on marked trails as the rocky terrain may be dangerous and there are threatened plant species growing there, which are best protected if people do not step on them.

In the tip of the Juhannuskallio Cliff and its peak it is forbidden to move around due to restricted area on 1.4.-15.8. Read more on Instructions and Rules in Valtavaara-Pyhävaara. 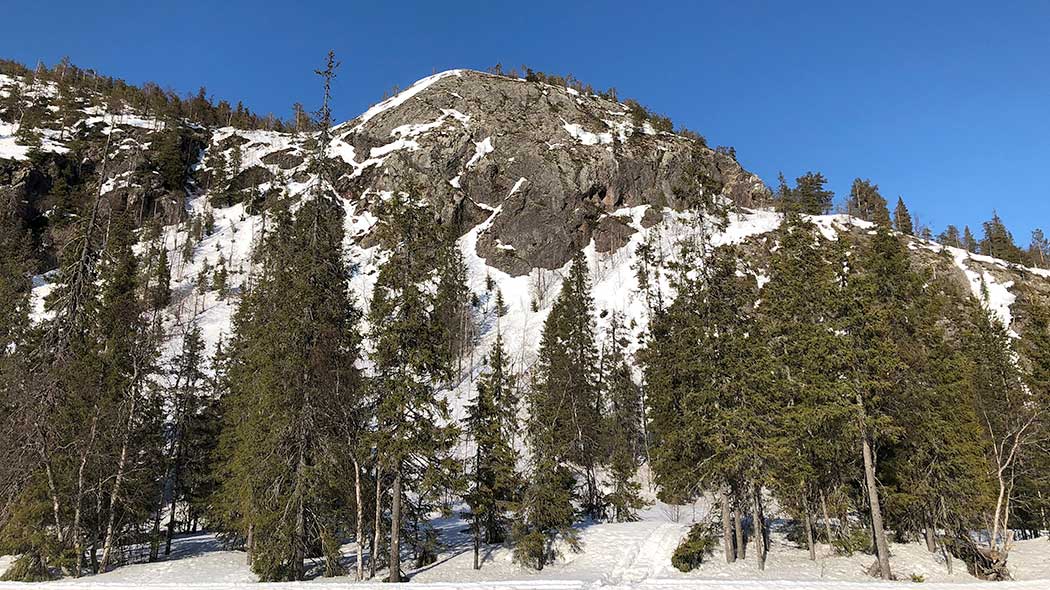 Pyhävaara Hill is located to the south of Rukatunturi Fell. The boulder which was a Lapp place of worship in the 1830s still stands on the peak of Pyhävaara. This is probably how the hill got its name as ‘pyhä' is the Finnish word for ‘holy'. It was considered a very important place of worship by the Lapps. The bare rock wall which is lit by the setting sun is a wondrous sight.

We recommend that while anywhere in the Pyhävaara area you remain on marked trails as the rocky terrain may be dangerous and there are threatened plant species growing there, which are best protected if people do not step on them.

Konttainen Hill is a bare peaked scenic lookout point located on Karhunkierros Trail. It is by a parking area on the north side of road 8694 (Virkkula-Vuotunki). Hiking structures on the hill make climbing up and down the hill easier. 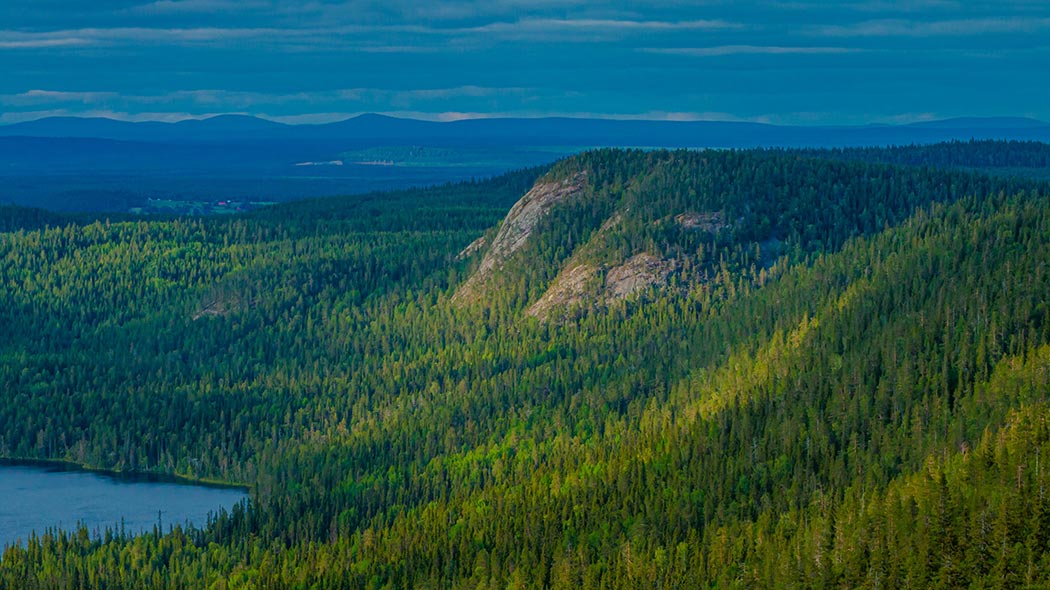