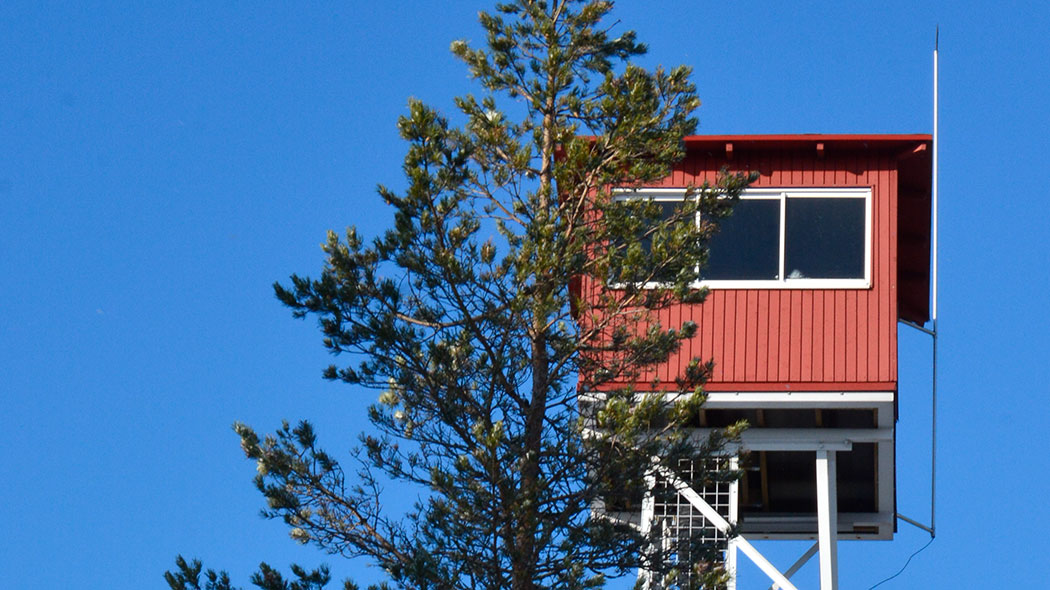 Lands in the Rokua area were brought under the control of Metsähallitus in 1868 during the period of the general parcelling out of land, and the conservation value of the area was noted in connection with forestry inspections between 1927 and 1929. Rokua National Park was finally established under legislation passed in 1956 and is nowadays the most important protection area for Cladina-type forests in Finland.

Rokuanvaara Hill stayed uninhabited for a long time, because it is so barren and therefore not good for agriculture. The lichenous heaths of Rokuanvaara were the last reindeer grazing grounds that the Sami people used in the south, until the mid 1800s.

The barren and dry Rokuanvaara Hill is an area which catches fire extremely easily. Before the time of efficient fire prevention, the lichenous heaths burnt every 50 - 60 years. Pookivaara Hill, which is the highest point of Rokua at 194,2 metres above the sea level and about 50 metres above its surroundings, was an excellent place for fire observation. Fire guard's hut and observation tower were built there in 1936. At wartime the tower was used for air surveillance. Fire guards used the place until mid 1970s. The current fire observation tower, which is not in its original use any more, is already the third one at the same place. The tower was renovated and was reopened in spring 2013. The tower now has also opening windows so it is possible to view and photograph the scenery without disturbing glasses.

The Emperor's Road, which runs along the southern boundary of the park, was an important mail road between Stockholm and Estonia from the 1600s until the end of 1800s, and the only road between the towns of Oulu and Kajaani. The route was named after the Russian Emperor in the end of 1800s, even though his plan to travel that way got cancelled due to a storm that broke out on Lake Oulujärvi.

How Rokua Became a National Park

Lands in the Rokua area were brought under the control of Metsähallitus in 1868 during the period of the general parcelling out of land, and the conservation value of the area was noted in connection with forestry inspections between 1927 and 1929. Rokua National Park was finally established under legislation passed in 1956 and is nowadays the most important protection area for Cladina-type forests in Finland. Initially, the park measured 4.2 sq km. During last decades more areas have been acquired and the area of the national park has increased to 9.9 sq km. The national park forms the core of the 42.4 sq km Rokuanvaara esker area, which is included in the Natura 2000 network.

The purpose of the establishment of Rokua National Park was to preserve a part of Rokuanvaara Hill's unique esker and sand dune formation as well as protect its undisturbed lichen and extraordinary flora. After 60 years, these same objectives continue to play a key role in planning the management of the Rokua area. A further aim is to protect the endangered species of plant, bird and insect and habitat types found in the area, in addition to safeguarding the sensitive nature of the area from erosion.

From a utility perspective, the most important values of the Rokuanvaara esker area, which is part of the Natura 2000 network, are recreational. The area is among the major tourist attractions in the Province of Oulu, visited by some 100,000 people each year. Rokuanvaara offers diverse services for tourists, e.g., a fitness centre with a spa and a hotel, a wilderness hotel, two camping centres and a client guidance/reservation centre.

Rokua National Park is visited annually by about 20,000 people. The area will be available for recreational use in the future as well, but activities contributing to erosion are to be directed to sites not so easily eroded. The aim is to also develop the conditions for tourism, thereby supporting the region's economy.

Read more about the History of the Finnish National Parks.