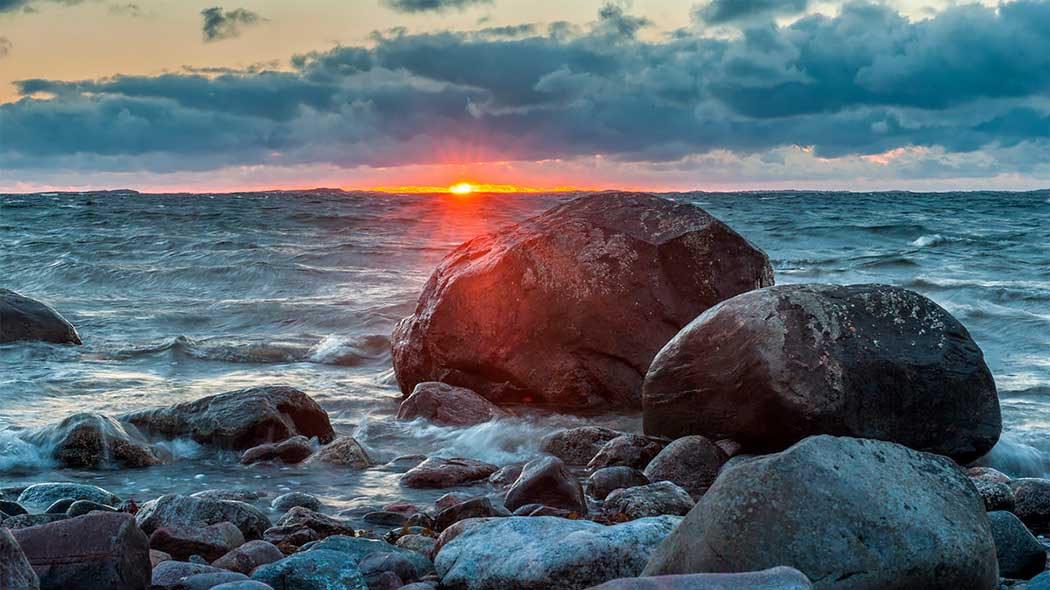 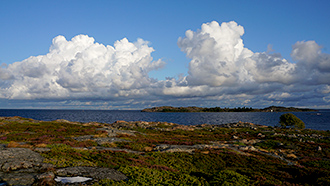 Close your eyes and feel the wind in your hair. The wondrous islets, reefs, ridges and rocky islands have something for you to see, even if you stayed all summer.
Read more > 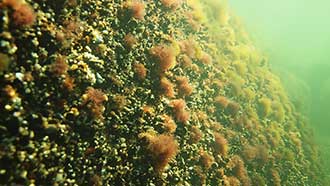 Take a peek at the underwater ecosystem. What can you see under the surface of the unique Baltic Sea?
Read more > 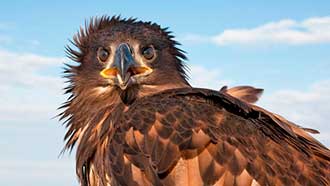 The white-tailed eagle is the emblem of the Archipelago Sea National Park. Can you spot this alert bird circling in the skies above you?
Read more > 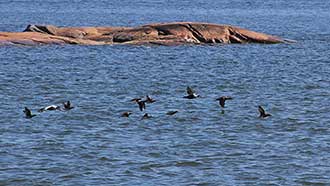 The colourful flowers of the archipelago will enchant you. A lucky boater may be greeted by a grey seal.
Read more > 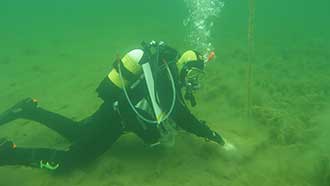 Experience the Archipelago Sea ecosystem with the eyes of a diver!
Read more > 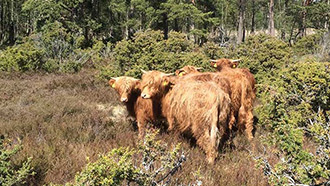 Traditional landscapes are a vital part of a living archipelago

The atmospheric traditional landscapes are maintained through cooperation.
Read more > 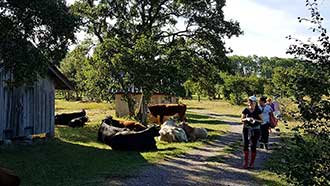 Do you want to rake a forest? Celebrate the First of May on a paradise island and develop your haymaking skills on a summer camp.
Read more > 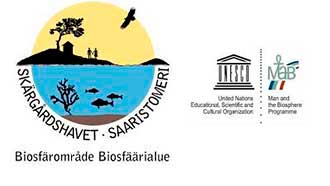 The goal of UNESCO’s MAB programme is to develop the living conditions of the area’s inhabitants while maintaining the protection of nature and the ecosystem (www.biosfar.fi). Open >

Have you already found your favourite island in the Archipelago Sea? The National Park includes more than 2,000 islands and rocky islets shaped by waves and the ice sheet during the Ice Age. 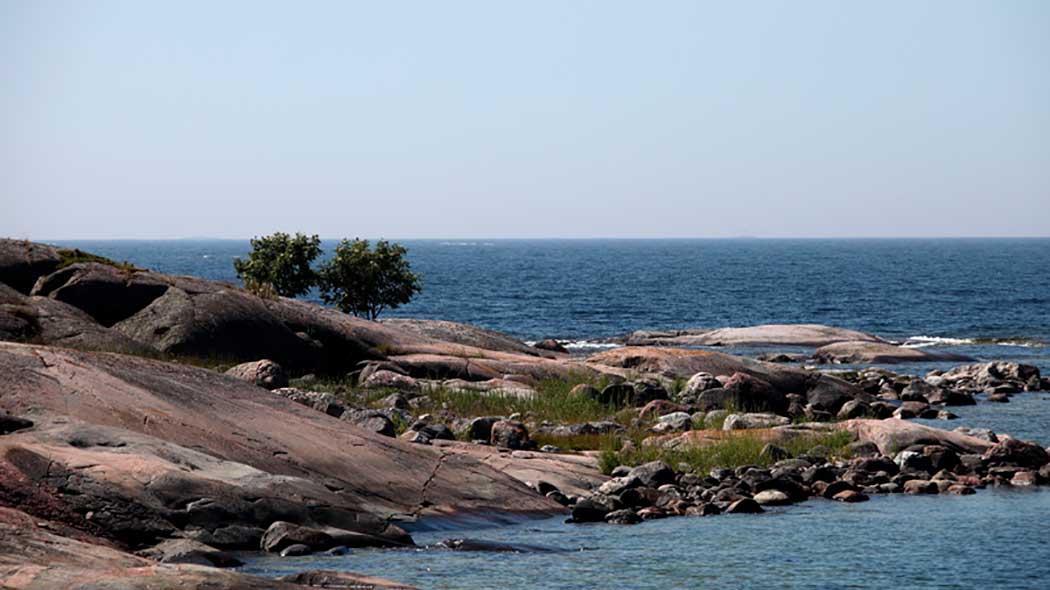 Jurmo is a unique, flat island formed by a gravel ridge, which is part of the Salpausselkä ridge system. Majority of the vegetation on the island consists of rugged juniper heaths, grazed by the island’s own alpacas. The rough sea continuously shapes Jurmo's gently sloping gravel shores. The island is an excellent destination for observing migratory birds, and there is a bird station in active use in the village.

Utö (parainen.fi, in Finnish) lighthouse island is the final benchmark located at the edge of the main basin of Baltic Sea, just before the vast open sea. In spring, the first migratory birds arriving from the south stop and have a rest on Utö, after flying over the sea.

Located in the middle of Kihti Sea between Ahvenanmaa and mainland Finland, Jungfruskär is the paradise island of the national park. The island is well-known for its orchids and well-maintained traditional landscapes. There is no permanent ferry connection to Jungfruskär, but you can tie your own boat to the visitors’ dock on the island.

Örö Fortress Island was opened for visitors in 2015, when the army ceased its military operations on the island lasting for a hundred years. Limited access to the island has protected its nature from too much wear and tear, while on the other hand, the military operations have stopped the island from becoming overgrown. There are various rare biotypes on the island, such as shiny heaths covered in fragrant wild thyme (Thymus serpyllum), and almost untouched sandy beaches.

In addition to its most well-known islands, there are various other small and large gems hidden in the Archipelago Sea National Park, many of which can only be accessed by a boat or a canoe.

The Baltic Sea is often considered monotonous and lacking in species diversity. In reality, it is both colourful and diverse. An amazing world lies beneath the surface of the water. It is filled with trenches and canyons, crater-like holes, sandbars and rock cliffs. 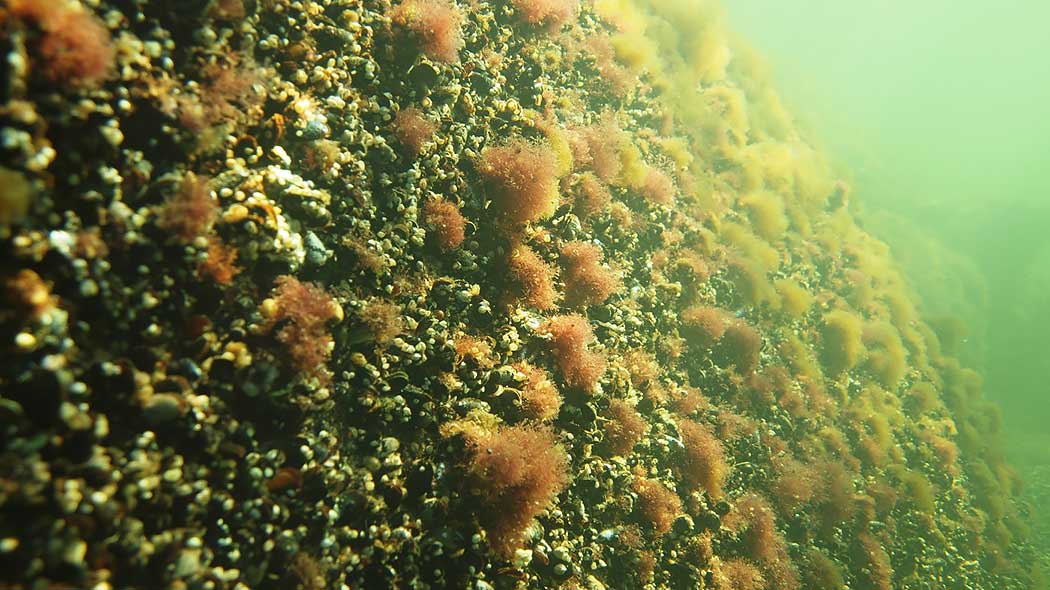 The Baltic Sea has brackish water, i.e. its salinity is lower than that found in oceans, but greater than that found in inland waters. Even though the Baltic Sea does not contain as many different species as larger seas, the species that do call it home thrive in large numbers. Baltic species are very distinctive. Some are from the sea, while others come from inland waters. Only a few species have specifically adapted to brackish water.

The underwater nature of the Archipelago Sea National Park is built around the countless islands and skerries dotting the sea, ranging from shallow coves to trenches a hundred metres deep. The archipelago has endless shoreline and provides protection for all types of marine organisms. The amount of available light is also a key factor for species success.

Habitat chosen based on the softness of the seabed

Soft seabeds are home to such species as Monoporeia affinis and Halicryptus spinulosus, which burrow their way into the sedimentary deposits.

Vascular plants, such as the water crow-foot (Ranunculus) and watermilfoil (Myriophyllum), grow in soft mud bottoms and coarser sand and gravel bottoms.

Sandy bottoms are the habitat of choice for soft-shell clams (Mya arenaria) and flounder (Platichthys flesus), which prefer to burrow into soft bottoms.

Several species, such as the blue mussel (Mytilus edulis) and bay barnacle (Balanus improvisus), attach themselves to a substrate and feed by filtering water.

Bladder wrack (Fucus vesiculosus) provide a protective environment for many species. The amphipod Gammarus tigrinis, isopod Idotea balthica and several fish species, such as the ten-spined stickleback and three-spined stickleback, thrive among bladder wrack. The abundance of food attracts predatory fish, such as perch and pike. Einhornia crustulenta live on the surface of bladder wrack. 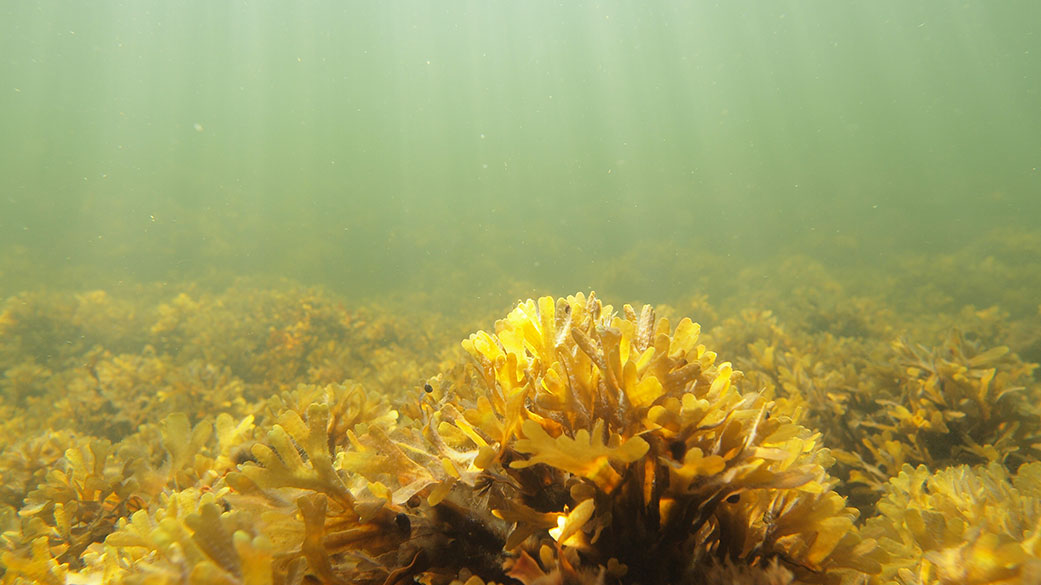 Many invertebrates live on and inside the shells of mussels. Blue mussels are an important source of food for many waterfowl and fish species. Blue mussels filter plankton, along with nutrients, particles and environmental toxins, from the water. 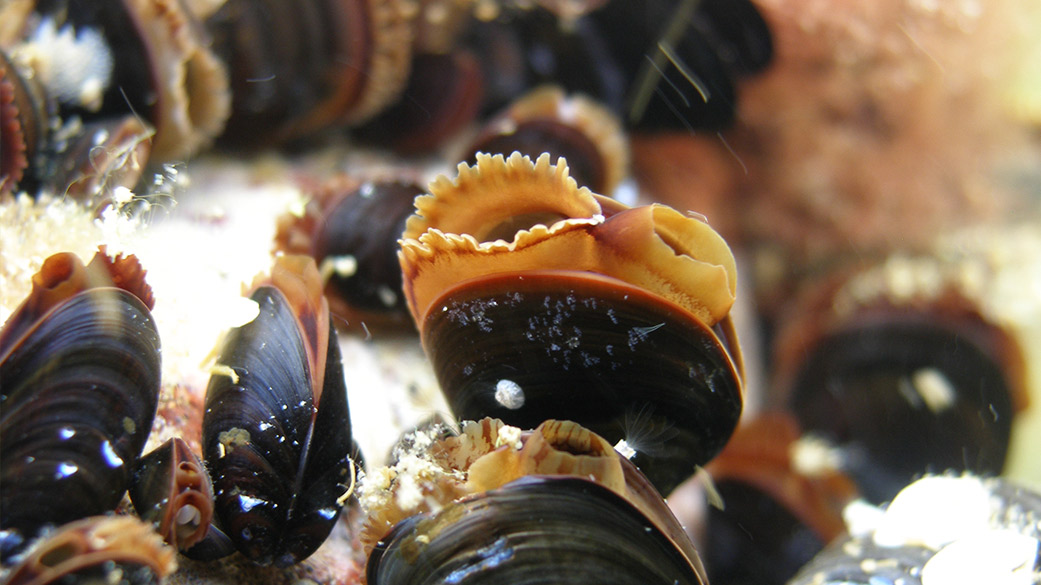 Baltic clams, which burrow into muddy bottoms, increase oxygen transfer in the seabed. This improves water quality and seabed conditions. Baltic clams are the food of choice for flounder. 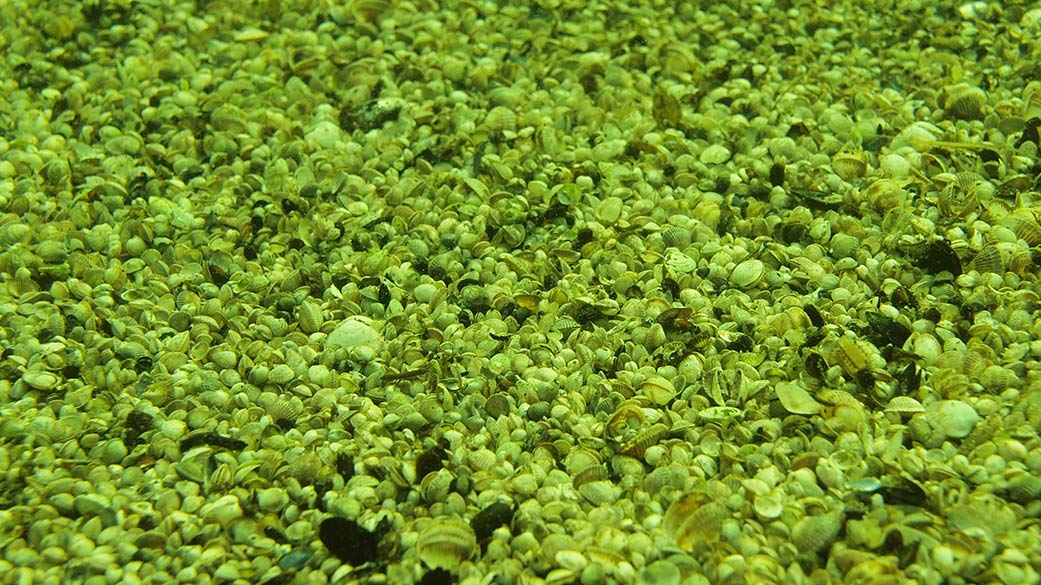 The challenges currently facing the Baltic Sea include eutrophication and environmental toxins. In addition to these, climate change and littering are causing damage to the sea.

Just a half hour's boat ride out to the open sea and there they are. The impressive size and steady glide reveal that the pair circling above a nearby island are White-tailed eagles. For the past decade, the White-tailed eagle has charmed visitors to the Archipelago Sea. 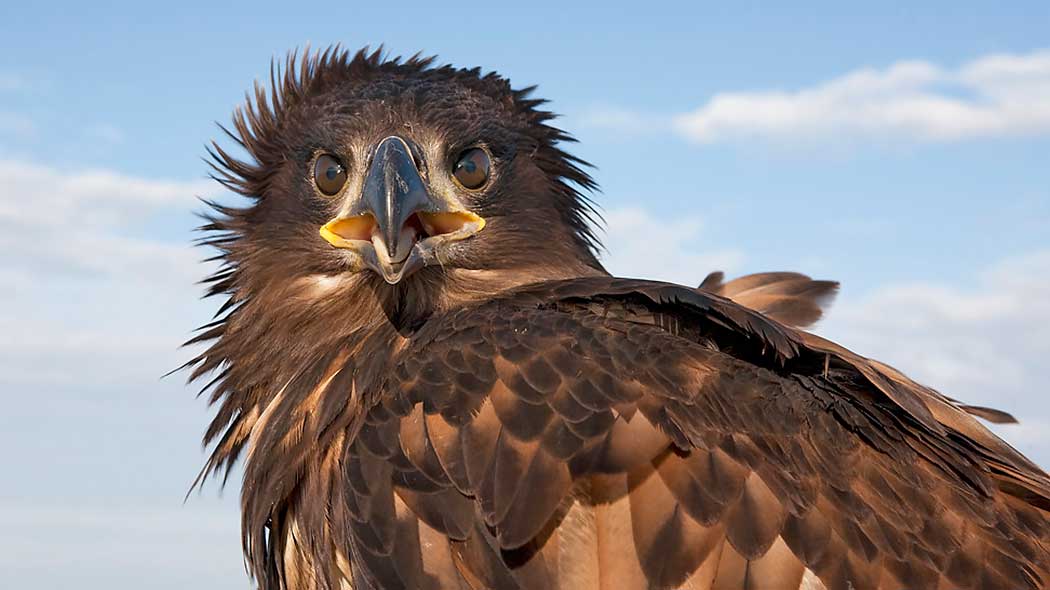 Environmental toxins DDT, PCB, dioxin and methylmercury had reached the White-tailed eagle, an apex predator, bringing them to the brink of extinction. The toxins caused the shells of their eggs to be so thin that they could not withstand incubation. 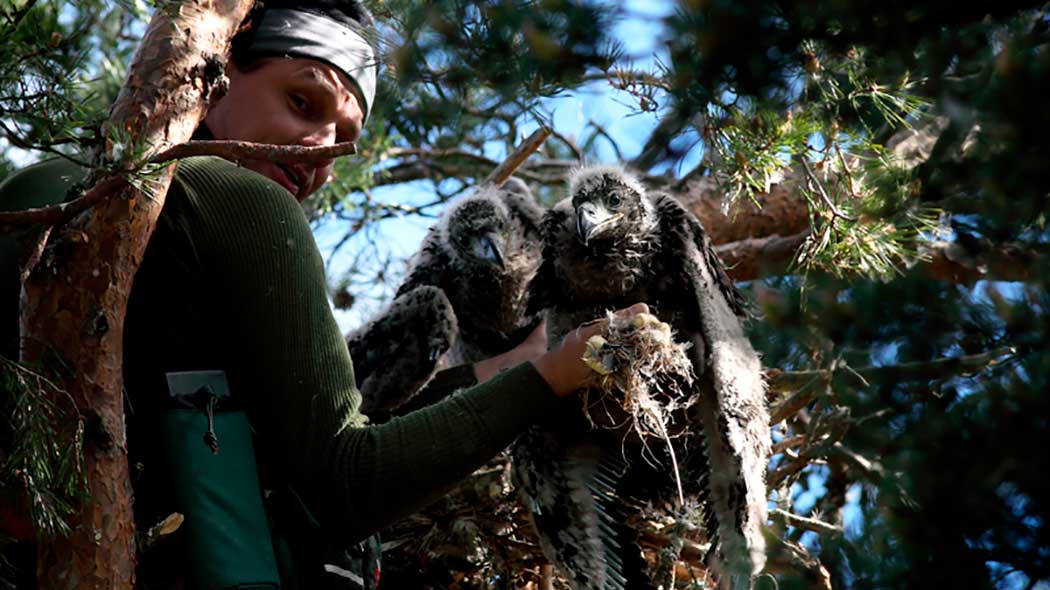 These decades-long active efforts bore fruit. Things started out slowly, but the White-tailed eagle population eventually began to show significant growth. The Archipelago Sea National Park has participated in the White-tailed eagle rescue efforts since its founding. Actually, these efforts began even before the park was founded, as many islands were included in the park expressly for the conservation of the White-tailed eagle. Dense pine forests are already the most common type of forest found in the forty-year-old Archipelago Sea National Park. Metsähallitus assisted with monitoring, feeding and ringing and park personnel actively participated in rescue efforts. 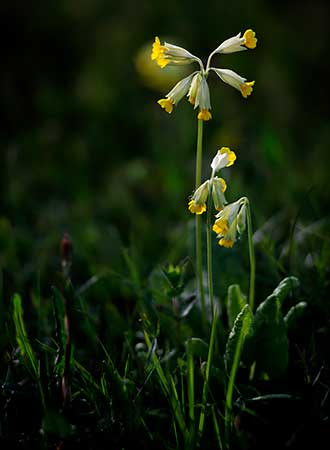 The Archipelago Sea landscape is exceptionally diverse. Breaking waves and strong winds keep woody plants in check and provide plenty of room for flowering coastal plants to grow. Lush groves of European ash (Fraxinus excelsior) and meadows with a variety of species grow in rock hollows, clam beds and lime deposits. The rocky ponds and small mire ponds swarm with aquatic life. In the outer reaches of the archipelago, barren skerries rise up out of the sea, offering birds and seals a sunny spot to rest.

If you are interested in plants, the well-maintained islands used for grazing are well worth a visit.  There you can find the bloody cranesbill (Geranium sanguineum) and white swallow-wort (Vincetoxicum hirundinaria). In spring, wooded meadows are filled with blooming elder-flowered orchids (Dactylorhiza sambucina) and cowslip (Primula veris) You might also find the common buckthorn (Rhamnus cathartica) and forest apple trees (Malus sylvestris) in the thick pastures and forests.

There are 25 mammal species living in the Archipelago Sea National Park, most of which are small rodents. You can, however, come across larger animals, such as moose (Alces alces). The rare Baltic ringed seal (Pusa hispida botnica) primarily live in the waters of the Archipelago Sea National Park. The grey seal (Halichoerus grypus), on the other hand, is very common and might even come over to see what boaters are up to. 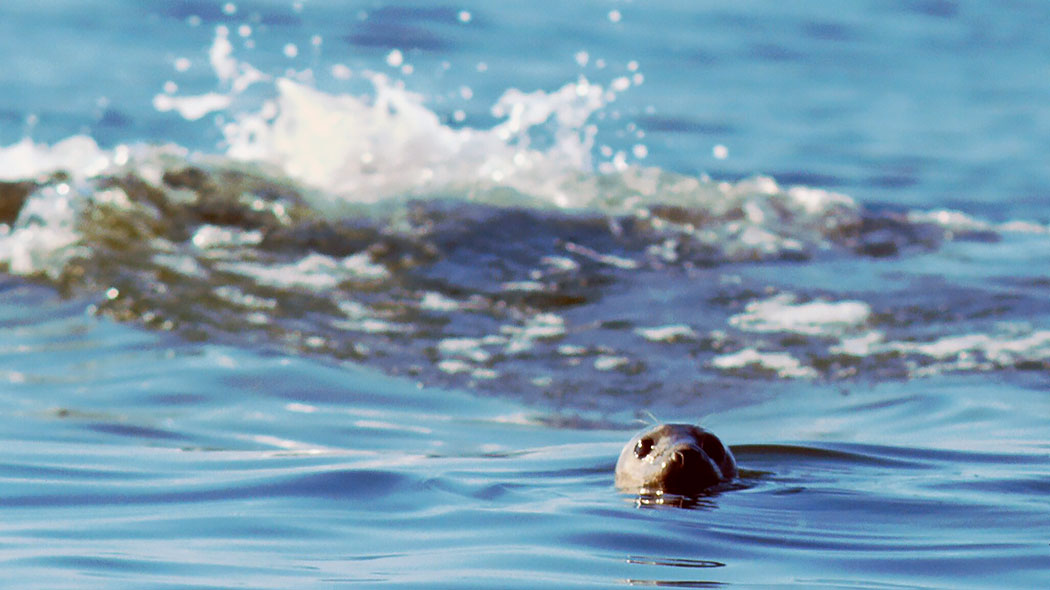 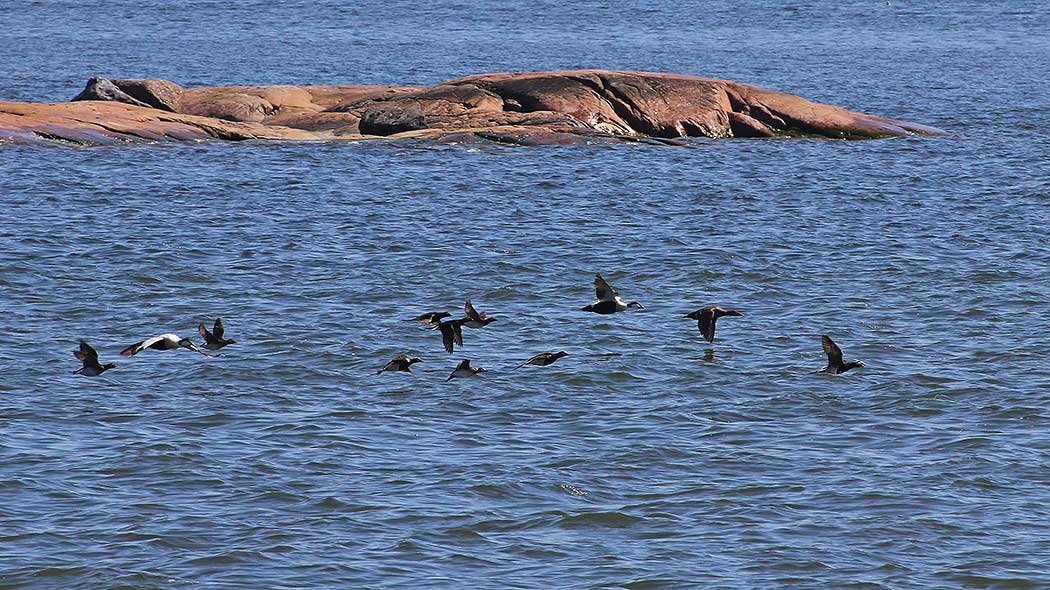 Watch the video (in Finnish).

Traditional Agricultural Landscapes of the Archipelago

You can travel back in time in the Archipelago Sea National Park. The park’s special features include heritage landscapes: wooded meadows, pastures, coastal meadows and heaths, where island cattle has grazed for centuries.

Wooded meadows are a patchwork of open meadows dotted with clusters of bushes and trees.
Dry and wet meadows are treeless meadows with an abundance of flowering plants.
As its name indicates, coastal meadows are low-growing meadows situated along the shoreline.
Dry meadows are often referred to as fields.
Pastures are grazing land with a minimal number of trees.
Forest pastures have more trees than ordinary pastures.
A heath is a cultivated, treeless shrubland maintained by burn-clearing and grazing. 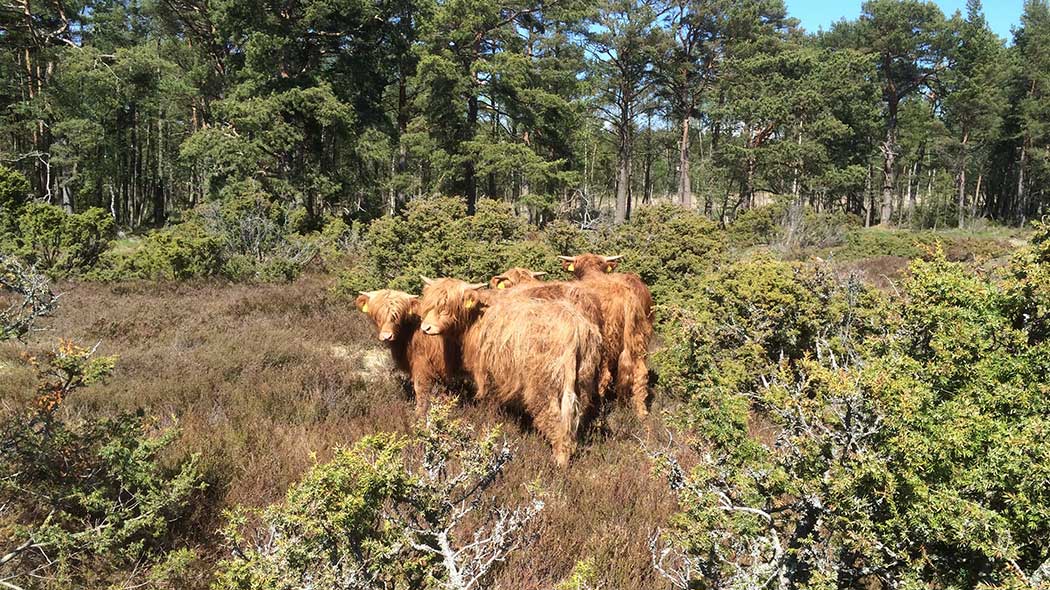 Their preservation requires management and care. The meadows, dry meadows and heaths of the archipelago are managed by animals grazing on them. As traditional animal husbandry in the archipelago declined, the traditional landscapes were threatened by the overgrowth of shrubs and trees. 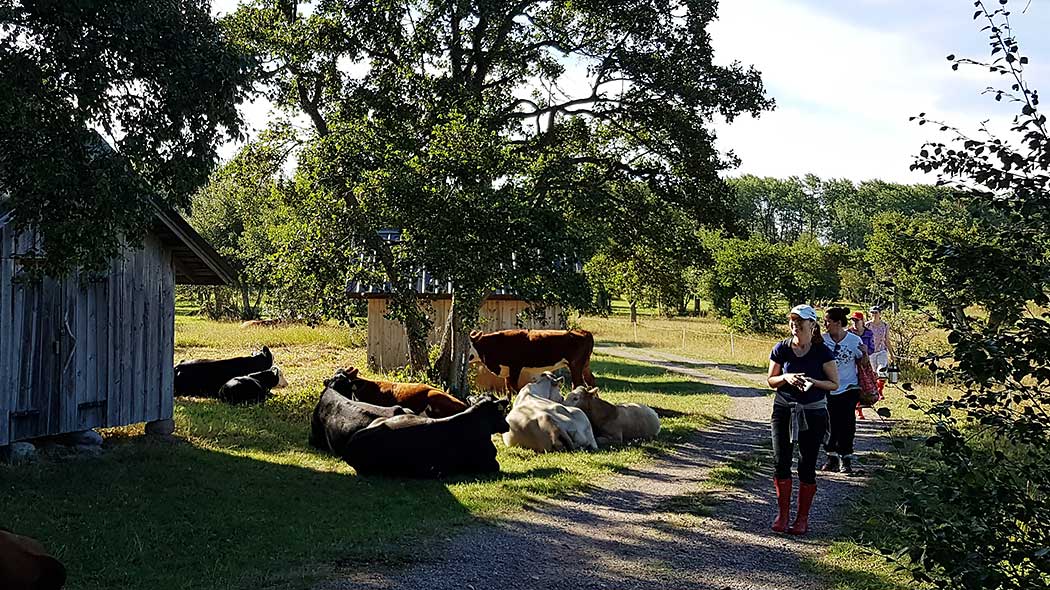 Jungfruskär is one of the most valuable destinations with traditional landscapes in Finland, and an excellent example of the diverse cooperation taking place in the national park. The management and care of nature on the island started over 30 years ago, soon after the establishment of the Archipelago Sea National Park.

This care has continued and expanded until today, and the results can be seen both in the landscape and the species. Nowadays, the island is a hub or diversity and an important haven for many species that have become rare elsewhere in the archipelago and on mainland Finland. The carefully maintained and exceptionally nutrient-rich wooded meadows, dry meadows and coastal meadows are home to dozens of endangered plant species and insects living on them.

First of May celebrations on Jungfruskär include “raking a forest”, that is, raking leaves from the wooded meadows and collecting dead branches. This removes the leaves that smother meadow plants and clears branches and twigs to make way for mowing. Summer is the time for mowing followed by raking. After the mowing, cattle is in charge of the aftercare. Just about anyone who wants to join the centuries-long tradition of archipelago meadow management is invited to volunteer.

More information on volunteer camps in the national park can be found on the page 'Vapaaehtoiseksi Saaristomeren kansallispuistoon' (in Finnish). 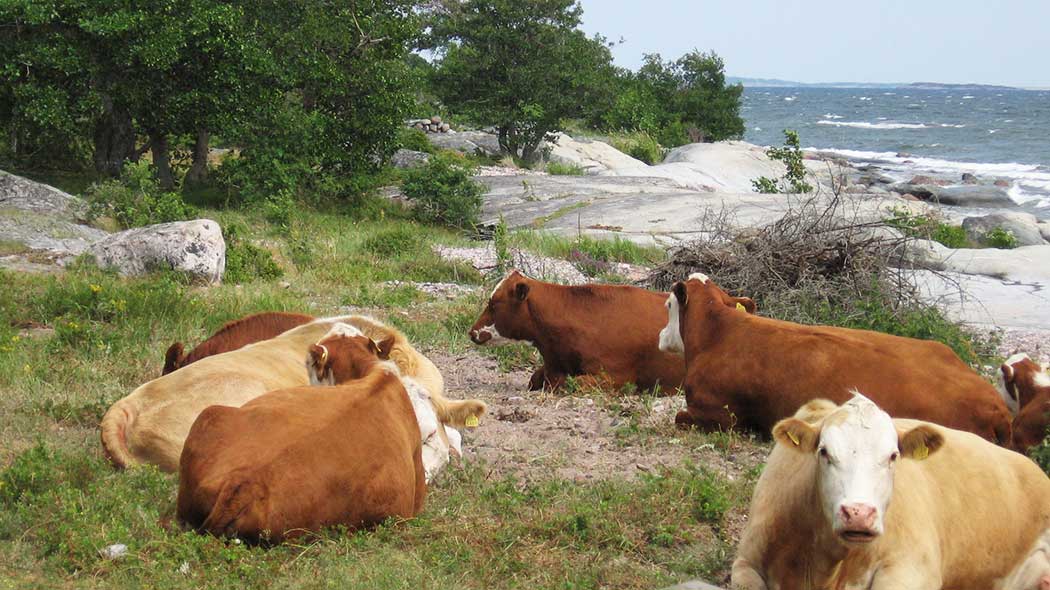 The Southwestern Archipelago National Park is part of the Archipelago Sea and Archipelago Biosphere Reserve (skargardshavetsbiosfaromrade.fi). The goal of UNESCO's Man and the Biosphere (MAB) programme is to develop the living conditions of the area's inhabitants while maintaining the protection of nature and the environment. 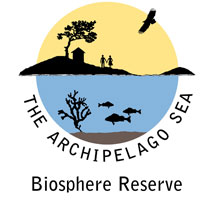