History of the Island of Seili

The beautiful landscape of Seili hides a dark past. In the 1600s and 1700s, the island was home to Finland's best-known leper hospital. Patients were confined to the closed island until they ended their days. When the dreaded disease, leprosy, began to disappear from Finland, the hospital was replaced by a mental asylum. The mentally ill were treated on Seili until 1962, when the former asylum was converted for the use of the Archipelago Research Institute, Centre for Environmental Research of the University of Turku.

The island of Seili was permanently inhabited as far back as the Middle Ages. When the search for a new location for the St. Göran Hospital in Turku, caring for leper sufferers, began in the 1600s, the remote island of Seili seemed ideal for the purpose. Leprosy was considered an incurable disease and, due to the risk of infecting others, lepers were isolated from the rest of the community.

In 1619, King Gustaf II Adolf issued an order for a leper hospital to be built on the island of Seili. Four years later, lepers from the St. Göran Hospital in Turku and the poor and ailing from the Turku House of the Holy Spirit, including the deaf, blind and physically disabled, were moved to Seili along with their carers. In the 1700s, even the Swedish religious freethinker Olof Norman was placed in Seili.

The hospital housed 28 to 60 leper sufferers at a time, the total number amounting to at least 663. Many were brought to the island by force, because being committed to the hospital meant isolation from the rest of the world and inmates could never leave once they had entered. The patients had to bring along 20 Thalers of money and the planks for their coffin. The mortality rate was high, up to 20–30 per cent a year.

In the 1620s, four residential cottages, a bakery, a sauna and a church were built on the island. The church and other buildings intended for the use of lepers were placed on a small island next to the main island, the home of hospital staff and patients not suffering from leprosy. In the 1700s, the two islands became connected due to land uplift and landfill by the shore. 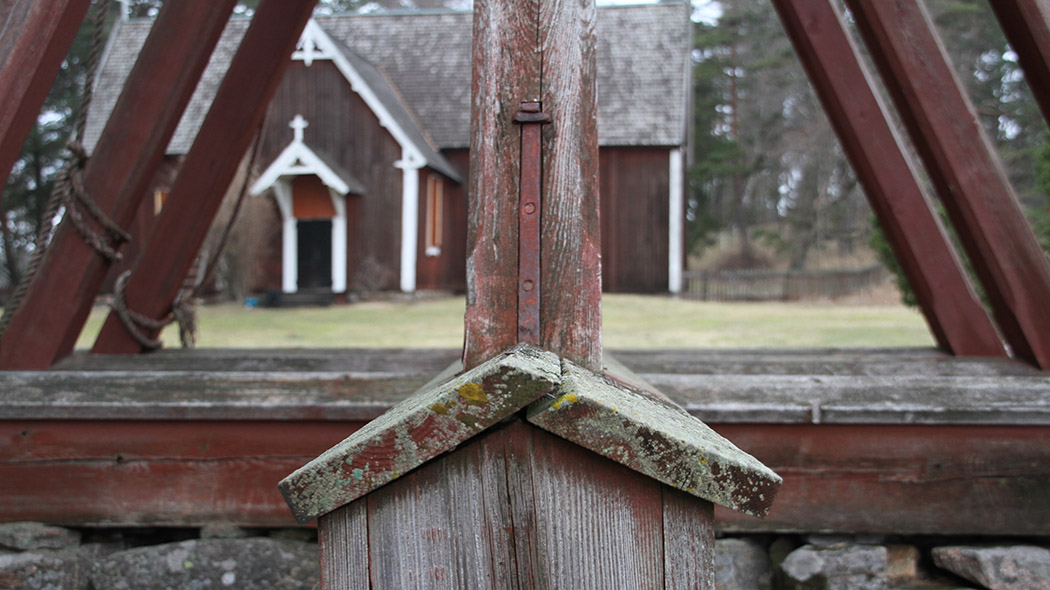 The first church on Seili was a small, simple four-square building. During the Great Northern War, or the Great Wrath as it is known in Finland, Russian brigands invaded Seili and the staff, and most of the patients, fled to Sweden. After the war, the church was in such poor repair that it was best demolished. In 1733–1734, a new cross-shaped church was built of timber. The door for lepers was on the western side, and the door for non-lepers was on the southern side. A separate fenced-in area for lepers was built inside the church, complete with an altar, and a graveyard around the church.

As the dreaded leprosy began to disappear from Finland in the 1700s, more and more mental patients were placed on Seili. Seili's last leper, Malin Matsdotter, who was born in Eura and spent 52 years on the island, was buried in the graveyard in 1785. Hospital operations were consequently transferred to the main island, where a mental asylum was built in the early 1800s.

The Seili mental hospital catered for the whole of Southern Finland in the 1830s. The hospital was considerably developed and improved in the mid-1800s. Seili became a place for chronically ill female patients in particular. Patients confined to the mental asylum were kept in prison-like conditions, and given only clothes, food and liquor.