In the 1850s Linnansaari Island belonged to the Waahersalo estate. The island was the largest one in Lake Haukivesi owned by the estate and it was used from at least the 1700s onward as slash-and-burn lands, hay fields and pastures. The island was uninhabited until Linnansaari's first tenant farmer Adolf Lyytikäinen moved there in 1852. Adolf built a log cabin with the help of his brother Matti on the slash-and-burn clearing, which in time expanded to the modern croft. There have been many tenant farmers at the croft over the decades. At times it also functioned as lodging for loggers. The state purchased the croft in 1913 to act as a forest ranger farm. 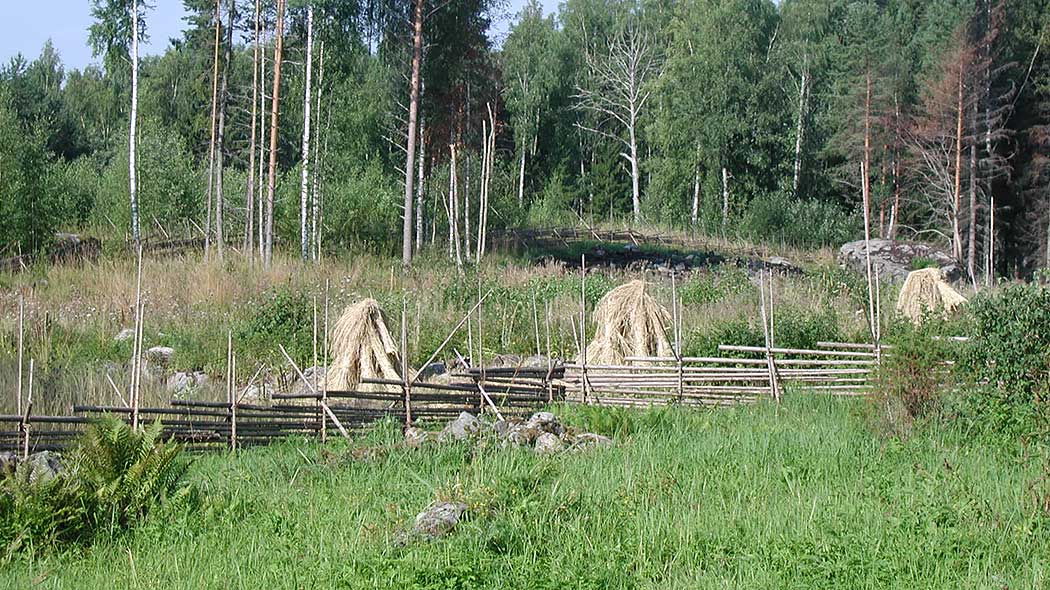 The croft ceased being a forest ranger farm in 1936 and in the 1950s it was abandoned. The state bought Louhimaa farm as it was then called from Oskari Parviainen's heirs in 1975, and it then became part of Linnansaari National Park. Today Linnansaari Croft is open to the public.

The abundance of deciduous forests in Linnansaari National Park is a clear indication of the areas long history of slash-and-burn agriculture. For example there was no spruce forest on the main island in the 1850s. At that time there were 55 hectares of slash-and-burn lands in the area, which accounts for approximately 10% of Linnansaari's entire area. At the turn of the century the price of wood and its transportation rose quickly in Eastern Finland. In 1905 the forests in Linnansaari were bought as part of the lands of Waahersalo estate by a limited company called Collin. The company carried out a large-scale logging project cutting down all trees of suitable size with no heed for conserving. When the state purchased Linnansaari and other islands in 1915 the condition of the forests was very poor. 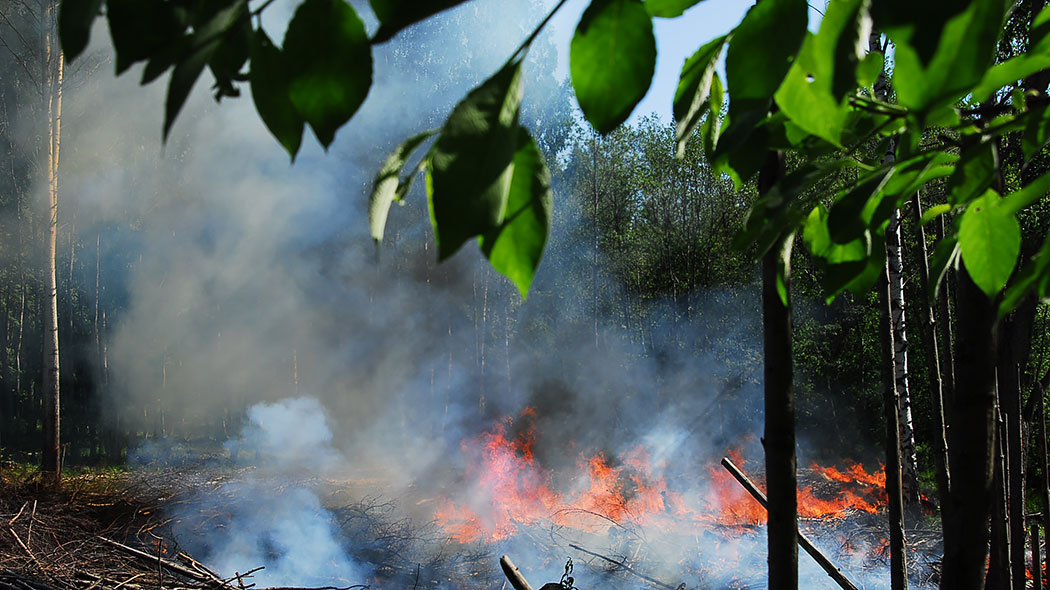 To restore the forests the state decided to rent for a small sum patches of land to those who wanted to practice slash-and-burn agriculture there. Slash-and-burn continued in the area up to the 1940s. The people to do this most actively were the forest ranger's family. The last commercial forestry in the area took place in 1955, when felling was carried out on a 31 hectare area on the main island to improve growth. The restoration of slash-and-burn forests began in 1993.

Slash-and-burn Fields and Shore Meadows in the 1600s

The slash-and-burn lands and meadows were cared for by the residents of several villages which were located close to Haukivesi. Islands located in the central and south east part of the park were usually cared for and managed by residents of the villages of Vaahersalo and Putkisalo.

Haukivesi Islands a Safe Haven in the 1700s

During the war started by Gustav III in 1778 residents of Rantasalmi are told to have fled their homes on June 22nd after Russian troops threatened to converge on them. They fled to the islands in Lake Haukivesi. But when the Russian troops did not descend on their homes most people returned to the mainland for Midsummer.

The 60-Year-Old History of Linnansaari as a National Park

How the Linnansaari National Park was Established and Expanded

Linnansaari National Park in the middle of Lake Haukivesi, a part of greater Saimaa Lake complex, was founded in 1956. It encompassed most of Waahersalo Park which was up till then managed by the Savonlinna District Forest Service. A ship lane crossed through the Linnansaari islands already in the 1800s. The Heinävesi Water Route, which connects Lake Haukivesi and Lake Kallavesi, was completed in 1906.

The first years of the National Park's existence were a quiet time. Savonlinna District Forest Service makes no mention in its annual report of the National Park being established. The birth of the National Park was an unfamiliar concept to the locals in these early years. Local papers did not even have stories to promote summer tourism in the area. The year the park was established the state hired two park-keepers in the archipelago. In 1961 Linnansaari was partitioned off into its own supervision district and the area's first supervisor was named. The National Park's first ranger was Eino Heiskanen, a fisherman from Porosalmi village in Rantasalmi.  The Louhimaa farm (Linnansaari Croft) was acquired by the state and became a part of the park in 1975.

The state tried to limit the use of National Parks to those things which would not harm the areas' nature. The foundation for the park's care was set in its first management plan in 1977. The main purpose of the National Park was deemed the conservation of areas in their natural state and endorsing the restoration of the main island's cultural landscape and caring for it as a public tourist sight. The group in charge of the park began to develop Linnansaari Island as the main tourist destination in the National Park.

The state-appointed National Park Committee proposed in 1976 that Linnansaari National Park be expanded, because the archipelago in Lake Haukivesi was an internationally significant lake landscape entirety. Reasons for this were the ever changing landscape and diverse natural features of the area and because it was a central breeding ground for the endangered Saimaa Ringed Seal.

In 1978 the government made a decision in principle to expand Linnansaari National Park on the basis of the proposal made by the National Park Committee. It was decided that the National Park be expanded so that its full area was 3,800 hectares. All the areas which were added to Linnansaari were not owned by the state but they were acquired in bits. The law that made the expansion legal came into force at the beginning of 1982.