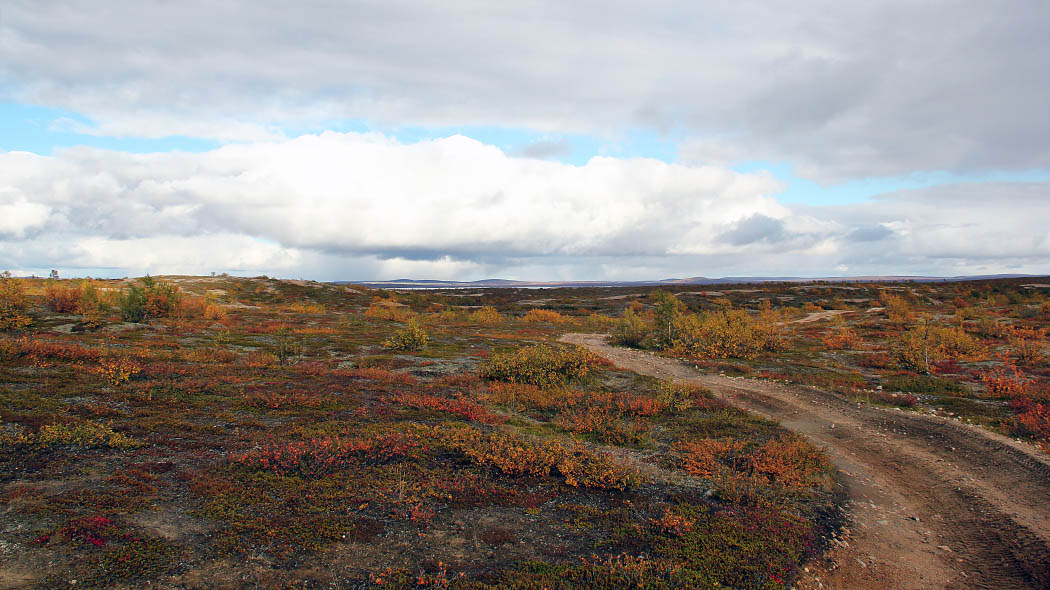 There are no marked trails within Pöyrisjärvi Wilderness Area, but the Hetta-Näkkälä Trail passes right outside its boundary. There are many old paths within the wilderness area, which have not been marked in the terrain. Some of these paths are visible on maps showing the area.

The Hetta-Näkkälä snowmobile track starts out right next to the hiking trail and goes in the same direction. Hikers should be careful to not to walk along it. The snowmobile track crosses bog areas and there are no duckboards on it.

The trail has been marked in the Enontekiö guide and recreation map (opas- ja virkistyskartta) 1: 100,000. It has also been marked as a path in terrain maps of the area. You can get more information on the trail from Fell-Lapland Visitor Centre.

The Kalmakaltio-Pöyrisjärvi-Näkkälä Trail (about 93 km) is not marked but it is quite clearly visible in the terrain. The footpath is extremely demanding and passes through the middle of Pöyrisjärvi Wilderness Area. When wilderness trekking in Pöyrisjärvi Wilderness Area you should always have a map, a compass, hiking boots and proper clothing as weather conditions can change very suddenly. There are no service structures along the footpath and rivers must be crossed by wading. In the past this was used as a postal route from Hetta to Näkkälä and on to through via Pöyrisjärvi to Kalkujärvi. The footpath is suitable for hiking and mountain biking.

You can get onto the Kalmakaltio-Pöyrisjärvi Trail at Kalmakaltio Spring. Kalmakaltio is a car ride away from the village of Nunnanen. From Lake Naltijärvi you have two different route options towards Lake Kalkujärvi. The eastern of the two crosses the border into Norway, so it's not recommended if you have items that need to be declared in customs or if you have your dog with you. These two trails meet up at Suukisautsi from where the trail continues on via Kalkujärvi to Pöyrisjärvi. There is an unmarked, but clearly visible and easy to follow, 18 km trail to the village of Näkkälä.

The River Pöyrisjoki (43 km) is a demanding canoe route, has its starting point at Lake Pöyrisjärvi and flows at its end into Lake Vuontisjärvi. There is a 100 m change in altitude along the 43 km river. There are several rocky rapids in the river and it is best to canoe when waters are high. The rapids get more difficult as you get further down the river and they range in classification from I to V. The Kuirinkurkkio and Kirkkokurkkio Rapids are the most challenging; Kuirinkurkkio is classed as extremely dangerous. It is a short section though, which can be passed easily by carrying your canoe along the riverbank.

The River Pöyrisjoki can be seen on the following topographical maps (1:50 000): V423 Enontekiö and V424 Näkkälä. It is also on the Enontekiö guide and recreational map 1:100 000. You can get further information on canoeing and fishing in the River Pöyrisjoki at Fell-Lapland Visitor Centre.