Renovation work is underway on the duckboards between Koirasalmi - Sysilampi and Pyydyskoski - Perho-Kinnula road. Disassembled ducboard parts make it difficult to walk, special care must be taken. We apologize for the inconvenience.

Heroes of the Great Wrath

Sedges of Mire Meadows as Emergency Feed for Cattle

The hunting and fishing culture was well established in the prehistory of the Salamajärvi National Park. The closest stone-age dwellings have been found in the Village of Möttönen in Perho and along the road leading to the village of Salamajärvi. From these dwelling places, hunters roamed the forests and lakes of the current Salamajärvi National Park fishing, hunting, and gathering. The tradition continued for centuries, as the hunters and fishermen of the Häme region treated the area as their own. Signs of faraway travellers can still be found in the area including the remains of a hunting base on the shores of Lake Vähä-Valvatti in Jääksniemi. 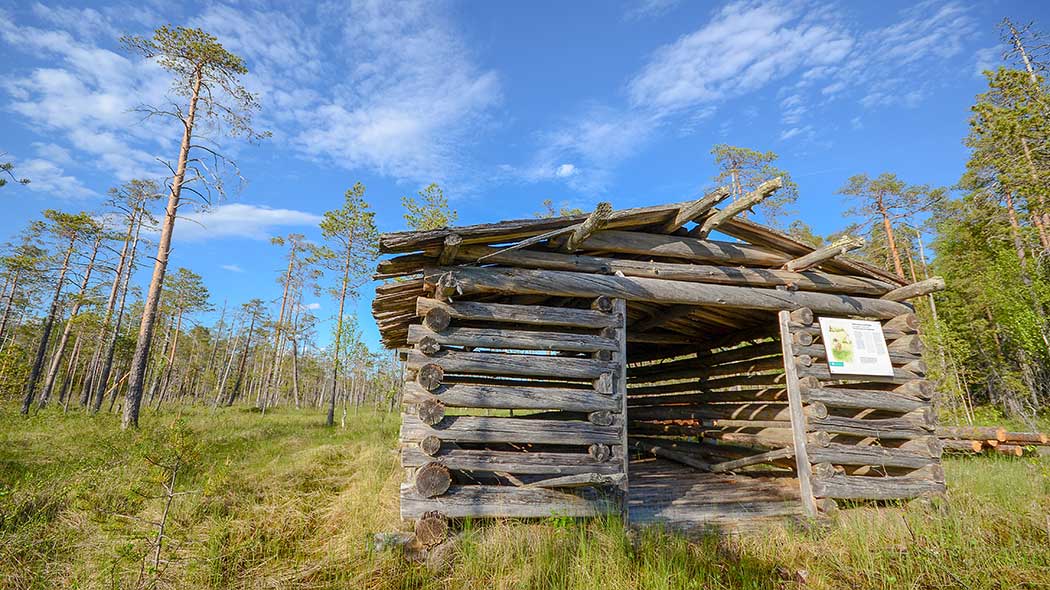 Esko Tiainen, the hero of many stories, who declared himself the fishing and hunting emperor of the Village of Salamajärvi in the 17th century, has also left his mark on the placenames. Although stories and placenames often outlive other signs of human activity, sharp-eyed hikers in Salamajärvi can still spot decayed remains of wooden hunting traps and boats.

Heroes of the Great Wrath

During the Great Wrath and Lesser Wrath in the 18th Century, Russian troops destroyed parts of Ostrobothnia as well as poor and remote parishes. In his poem "Grave in Perho", J. L. Runeberg (1804-1877), Finland's national poet, writes of the local Haane brothers, who died in a ferocious battle with a Russian robber gang. A memorial stone has been erected for the brothers on the heath between Lakes Jängänjärvi and Myllyjärvi.

Tar burning was the most common traditional form of forest use in the Salamajärvi region from the 17th century onwards. While not especially well suited for slash-and-burn agriculture, the stark pine forests of the area offered plentiful raw material for tar production, which was fairly extensively practised in the region.

Resinous stumps and young pine trees were used as raw material. The bark of living trees was peeled off in three subsequent years to make the tree produce a thick layer of resin on the trunk. The trunks were then hauled to tar pits in winter and burned in summer. Tar-burners lived in pit cabins. Usually all that has remained of these modest buildings are a rock stove and decayed logs near the tar pit. Tar pits could be very large: the tar pit in Sysilammensaari is 20 metres in diameter.

The need to restore the forests from the impacts of tar burning and the increasing demand for timber after the war led to extensive logging in the Salamajärvi area. Sysilampi logger's community and Koirasalmi cabin for the logging supervisors were founded to serve as the base for the operations. Pitkälahti forest ranger's farmstead in the national park and the Valvetti and Penninkilampi farmsteads outside the national park are part of Metsähallitus' own history. Forest ranger's farmsteads were constructed in the 1860s, when the regulatory authority was founded to control the use of forests and settlements.

Sedges of Mire Meadows as Emergency Feed for Cattle

Sedges and grasses was gathered from open mires, bogs, and lakeshores as winter feed for cattle. Cattle were not keen on sorrels, but managed to subsist on over the winters until they could be turned out on summer pasture. The Kaulus meadow sauna still stands today as a remainder of the modest but cosy bases of haymakers and fisher-hunters. 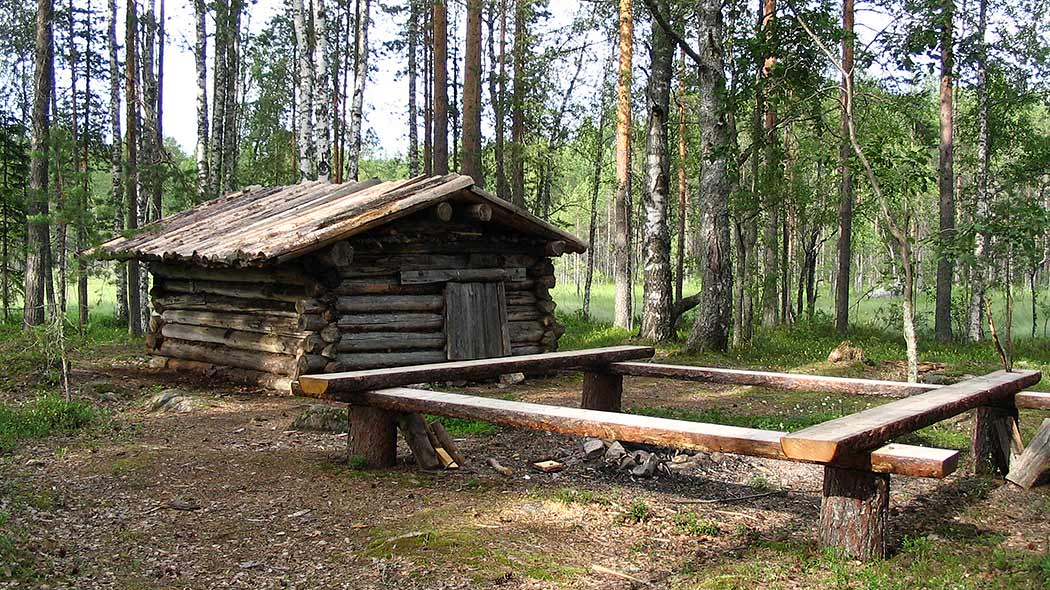 The Emblem of Salamajärvi National Park is Wild Forest Reindeer