Prehistoric "Refrigerators" And Other Interesting Finds at Penikat

There are dozens of man-made pits in the scree rocks along the slopes of the area's hills. These pits were most likely used for storing of meat from prehistoric up into historic times. Some of these pits are situated on top of hidden streams, which run under the scree. The cold water running down from source streams has kept the pits cool and they have functioned as prehistoric refrigerators. During winter the meat stored in these pits has frozen, and the rocks piled on top of these pits have prevented animals from getting their paws on the meat.

A round shaped rock barrier measuring nearly ten meters in diameter was also found at Penikat, near which there are numerous scree pits and a pile of burnt rocks. This purpose of this sphere of rocks, which was already found in the late 1880s, is still unknown. It has been speculated that it might have been a base for ancient seal hunters, while others have guessed that it is connected in some way to ancient Sámi religion.

Small quartz mines have been found in the western part of Penikat. The quartz boulders amongst the scree rock have been chipped away at to attain raw materials for quartz tools used during the Stone Age. The age of ancient artefacts at Martimoaapa can not be known precisely. Based on the altitude that they were found at, many of the items could date back to the Old Stone Age. 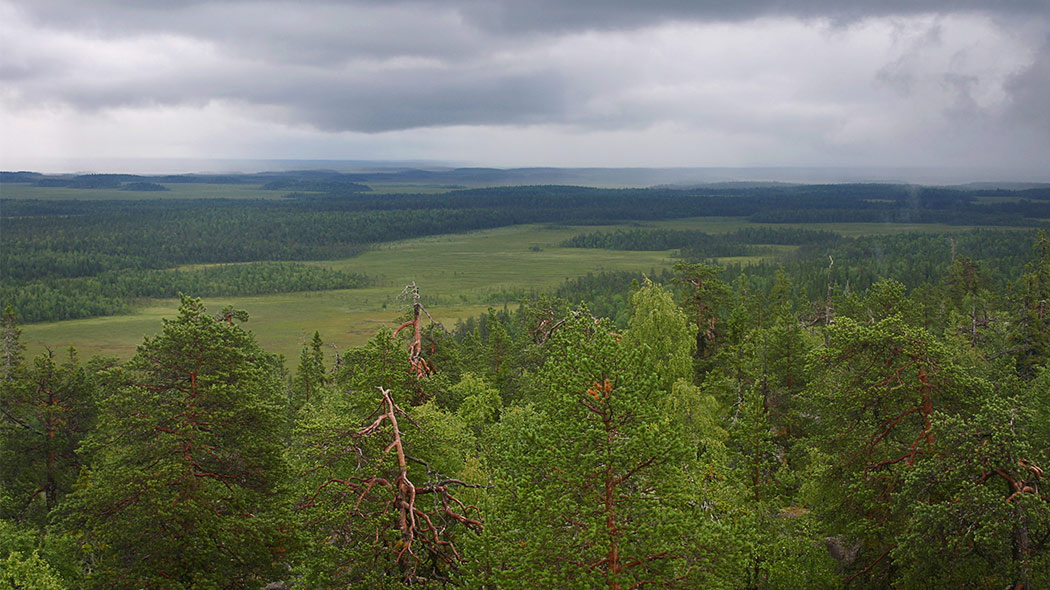 Life of the Loggers

Saunasaari cabin is located at Rakkamaa on the trail that leads through the area. It is a loggers' sauna from the 1950s. In the cabin visitors can experience the essence of the olden days. On the grounds there is a new building, Saunasaari open wilderness hut, which offer shelter for hikers.

At the same location as the sauna there were originally other structures as well, a loggers' cabin and a stable. These were later moved elsewhere. The loggers' cabin could accommodate 24 men and it was equipped with bunk beds, a kitchen and a drying room for clothing. A wood stove provided heat for the cabin and lighting was provided by Tilley lamps and oil lanterns.

Loggers were generally nomads who wandered from one logging site to another. Horsemen who transported logs by wagon were usually locals. During summer stacked wood was produced in the near-by forests while in winter it was larger logs. This hard work took its toll. Loggers spent their evenings resting, sharpening cross-cut saws and frame saws, carving new axe handles or playing cards.

During Prohibition in Finland in 1919-1932 an alcohol smuggling route run through the area where the mire reserve is today. Pirtu, a home-made spirit much like Moonshine, was smuggled from Sweden across the rocky waters of the Bothnian Bay. Smugglers were businessmen, who had hired hands to carry their products. Hired hands carried Pirtu in 10 litre canisters strapped to their backs. They followed a secret route; Maksniemi - Sompujärvi - Tervola - Arppee - Kauhanen - Rovaniemi. The route led along the boundary between Simo and Tervola and is still clearly visible in the terrain.