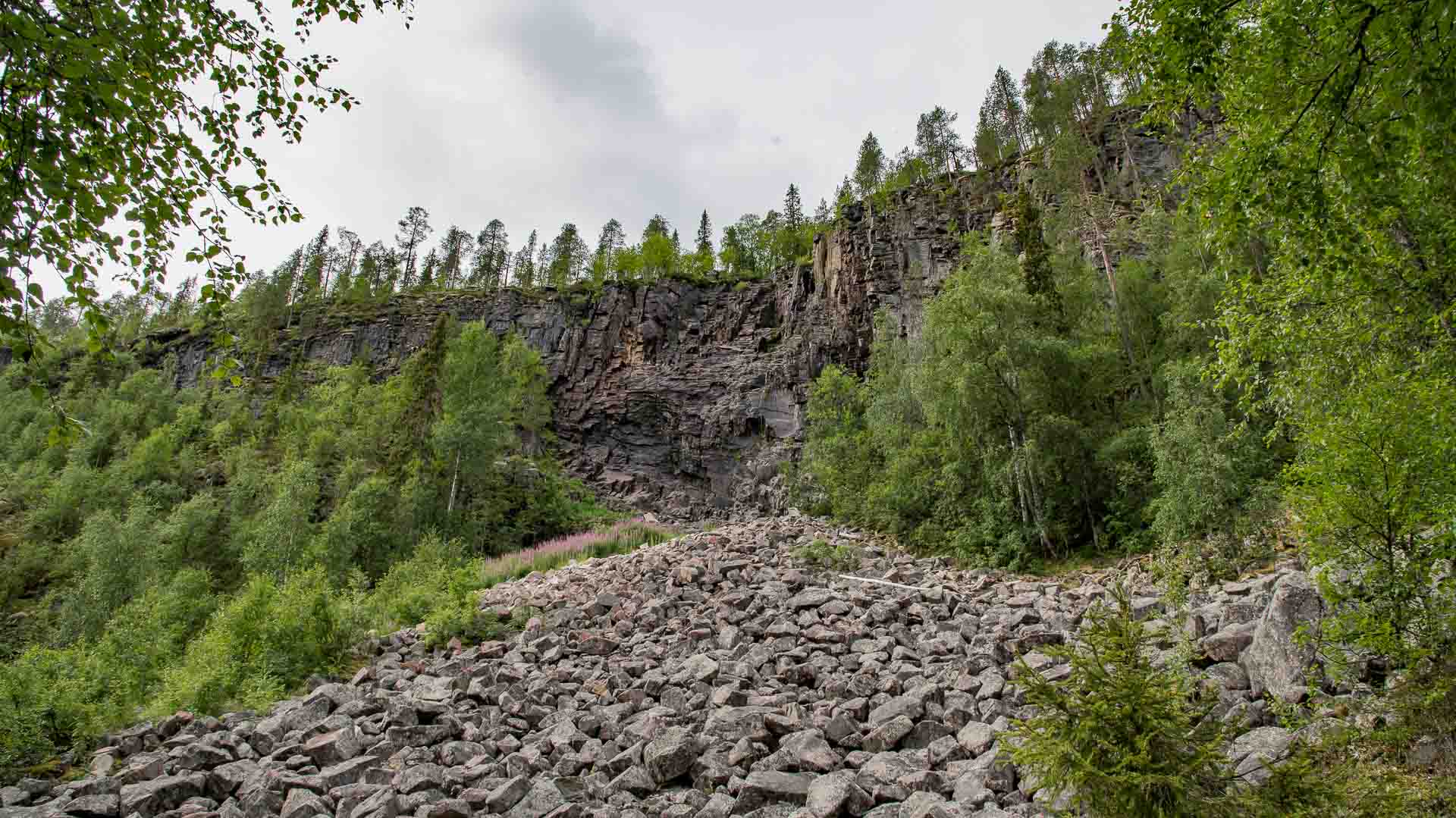 In the mid-part of Korouoma, below the surrounding terrain, the fracture valley forms a gorge, whose cliffs are steep and, in places, vertical and dozens of metres high. Areas formed by huge boulders of rock and rock have remained open from vegetation and are an impressive sight at the bottom of the valley.

Koivuköngäs rapids is a four-meter waterfall in the northern part of Korouoma. The Koivuköngäs rapids is gently sloping and the water descends gradually, but with a stir. At the time of spring floods and the effect of rainfall in summer and autumn, the hoof looks impressive. Koivukönkgäs can be reached from Kurtankaltiontie, which is near Rovaniementie.

The height of the Saukko-oja rapids, located right along the Korouoma route, is 8 meters. The waterfall is steep, so the water is bubbling and the noise is loud.

There are also more rapids in Korouoma area.

Piippuköngäs Rock on the western slope of the Korouoma Valley offers a magnificent view over the valley.

In addition to the Piippukallio Rock, there are several observation decks on the western slope, from which it is worth stopping to admire the opening scenery.

You can see the frozen waterfalls at Korouoma by hiking the Koronjää Day Hiking Trail clockwise:

The ice in Revontuliputous (the Northern Light Fall) is often flaky and the ice layer thin, as the water usually only runs in late autumn. 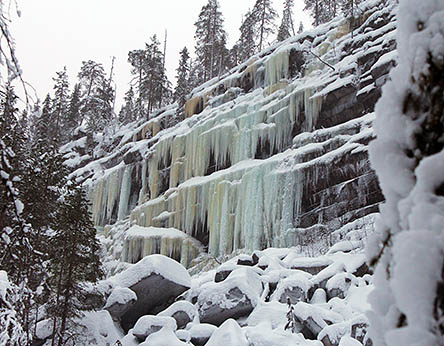 Tuulen tie (the Winds Way) has thin, finger-like formations of ice, most of them vertical. It is not suitable for climbing every winter. 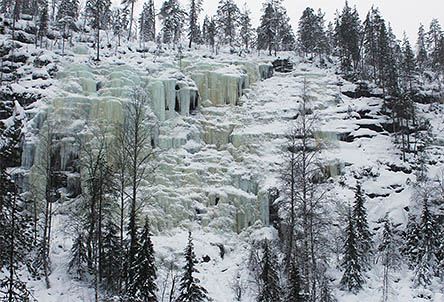 The water usually only runs to the Jaska Jokunen (Charlie Brown) icefall in late autumn, and the ice is thin and flaky most years. Some winters, the middle section of the wall turns into an ice cave that lends itself to an adventurous overnight stay. 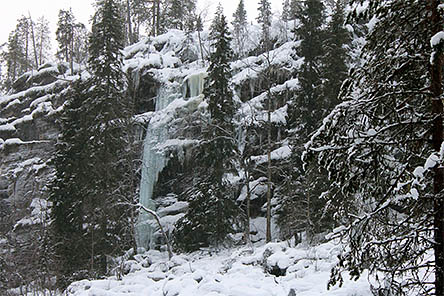 The Onnekas (Lucky One) icefall forms infrequently. It is located about 100 metres upstream along the River Korojoki from Mammuttiputous (the Mammoth Fall). 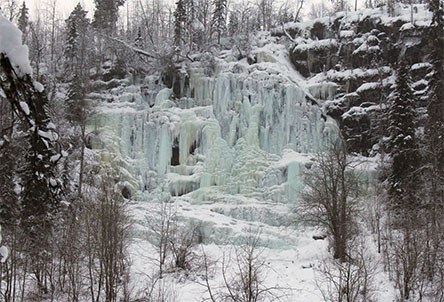 Mammuttiputous (the Mammoth Fall) is one of the most popular climbing spots at Korouoma. The wide frozen fall offers several climbing routes of various levels of difficulty. The right side of the icefall is some 50 metres high, and the width varies from year to year. The brook that creates the ice originates on the slopes of Yli-Voho Hill. Most of the brook's clear water comes from a spring, which gives the ice sheet its distinct blue colour. 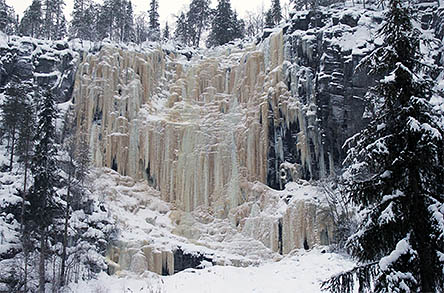 Ruskea virta (Brown River) at Piippukallio is Korouoma's largest and highest icefall. As the highest frozen waterfall at Korouoma, it poses a challenge even for more experienced ice climbers. The middle area routes rise to about 60 metres. The water flow is strong all through the winter, and if the frost sets in early, you can go climbing at the turn of October and November. The last pieces of ice usually disappear at the turn of May and June. 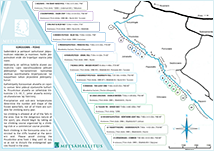