The first stretch of the Jussarö nature trail consists of traditional, idyllic archipelago scenery. There is a pilot's cottage named Kullakojan, restored by Metsähallitus, by the Västerviken harbour bay in the northern part of the island, which is the only building that has remained from the pilot village of the early 19th century. The small pilot's cottage is surrounded by managed traditional landscape. So far, everything seems to reflect typical archipelago scenery. 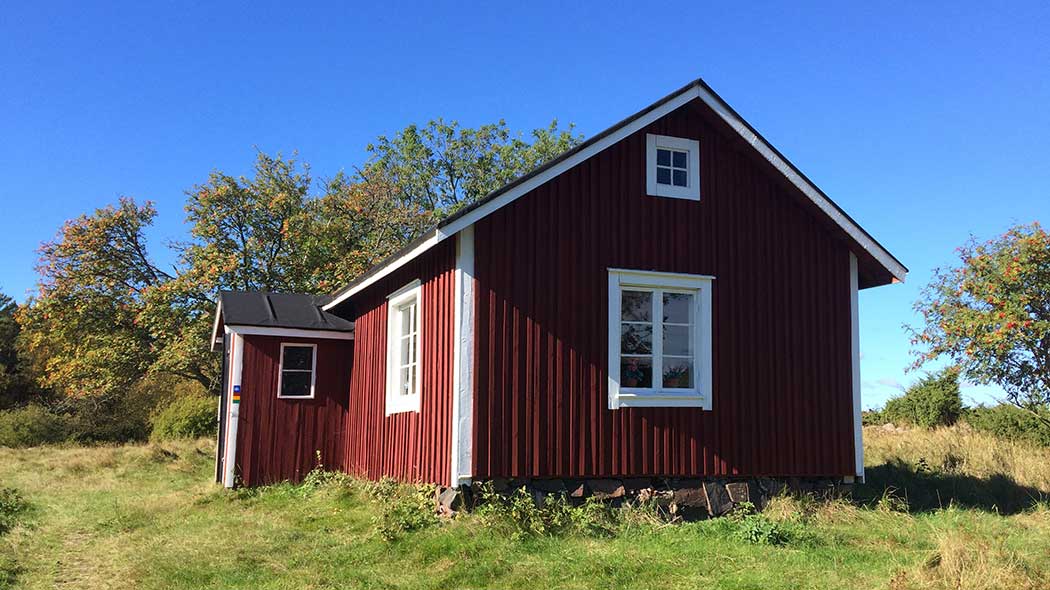 In the northwestern and northeastern parts of Jussarö Island, the nature trail takes you past the open-pit mine shafts, which hint at the events that drastically changed the island's landscape. The view becomes staggering in the eastern part of the island when the deserted iron mine of Vuoksenniska Oy rises up in front of you. The mine dominates the cultural landscape. Keep your eyes open when walking on Jussarö. It is important that you are mindful of the island's dangerous spots.

The Deserted "Isengard" – a Destination of National Significance

People have been aware of Jussarö Island's exceptional magnetic field since the 17th century. It was in the 18th century, at the very latest, that this phenomenon was connected to the ferrous magnetite in the island's bedrock. People knew that they were not able to depend on the directions shown by a compass while in the vicinity of Jussarö.

The iron on Jussarö was first utilised from 1834-1861 and later by Vuoksenniska Oy in a project running from 1954-1967. After closing down the mine, the production and living facilities as well as the transport and port equipment were abandoned and left to deteriorate. The high towers of the crushing and concentration plants as well as the empty living quarters are fascinating in a special, yet horrible way, and they create an almost eerie atmosphere on the island. Jussarö would be an ideal setting for Isengard (the "Iron Fortress"), a familiar landmark from the Lord of the Rings books and films. 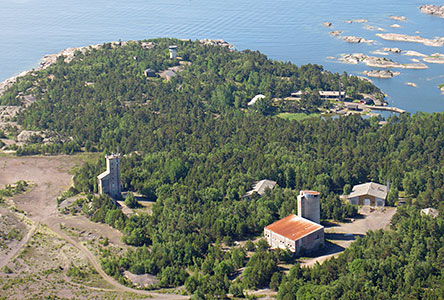 The mining island of Jussarö is a unique historical melange of fishing, seafaring, defence activities and mining that operated in the Gulf of Finland and it has therefore been protected as a cultural environment of national significance.

On Älgö Island, there is an old house, Rödjan. The family who used to live there, lived on fishing. In the summer, there are sheep on the island, on a meadow next to the Rödjan House. On Älgö Nature Trail there is a scenic lookout tower, where you get a great view over the National Park.