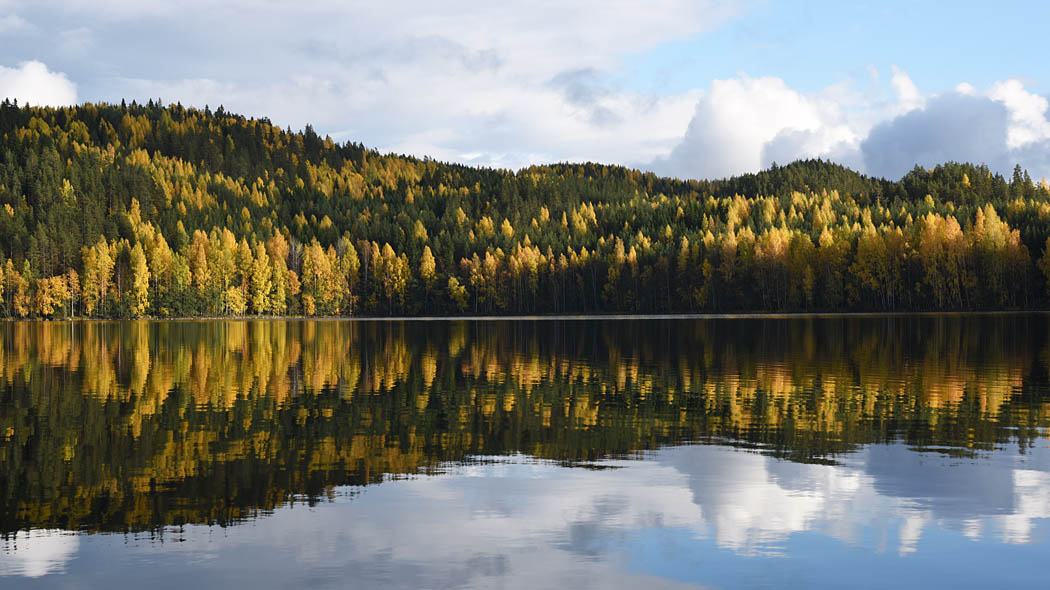 Kolovesi National Park is a preserve for the archipelago nature of Lake Saimaa wilderness and old-growth forests over a hundred years of age. Rock paintings thousands of years old adorn the sheer rock faces. In this quiet, sheltered labyrinth of islands, you might even run across the endangered Saimaa ringed seal. 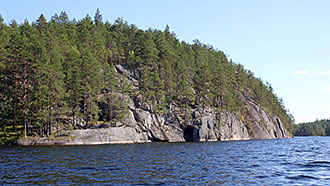 In Kolovesi, the bedrock can be seen just about everywhere. The rugged, sheer rock faces line the narrow bays and straits. Read more > 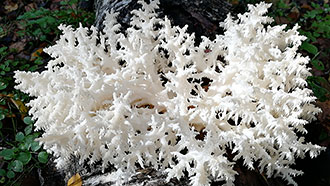 The coral tooth fungus is an impressive and rare type of fungus that grows in old-growth forests. Hole-nesters, polypores and beetles that live in dead trees also thrive in the forests of Kolovesi. Read more > 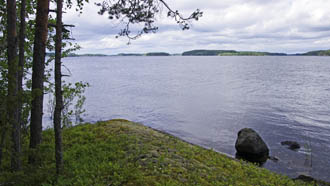 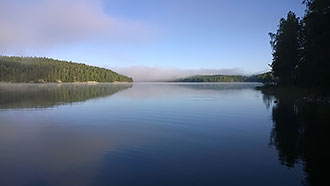 Endangered species, such as Saimaa ringed seal and Saimaa Arctic char, living in the clear waters of Kolovesi need protection in order to survive. Read more > 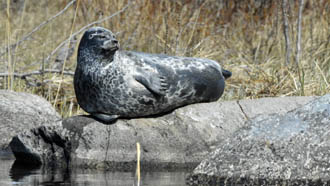 The highly endangered Saimaa ringed seal also inhabits Kolovesi. Parks & Wildlife Finland is responsible for the monitoring of the population and most of the protection measures. Read more > 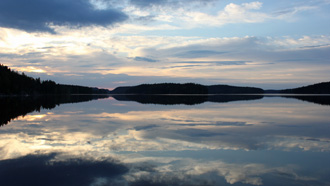 On Lake Kolovesi, you'll never hear a sound of an outboard motor. In addition to a ban on motorboating, this area is only open to visitors in early spring. Peace and quiet is guaranteed. Read more > 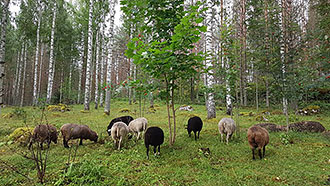 A flock of sheep now graze at the former forest ranger farmhouse at Huhtiniemi. The old meadows and forest pastures are being opened up and biodiversity thrives. Read more > 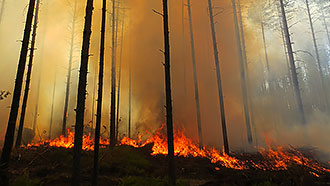 Kolovesi's nature is being restored, bringing it closer to its natural state. Restoration is being done by controlled forest burns and planting more deciduous trees (www.metsa.fi). Open >

The islands of Vaajasalo and Mäntysalo make up most part of the area of the National Park. In addition, there are small islands and rocky islets, and a few areas on the mainland. The narrow bays and straits surrounded by sheer cliffs form a labyrinth inside the main islands. The continental ice sheet carved the deep lakes and the high rocks. At its deepest there is 47 metres of water in Kolovesi. 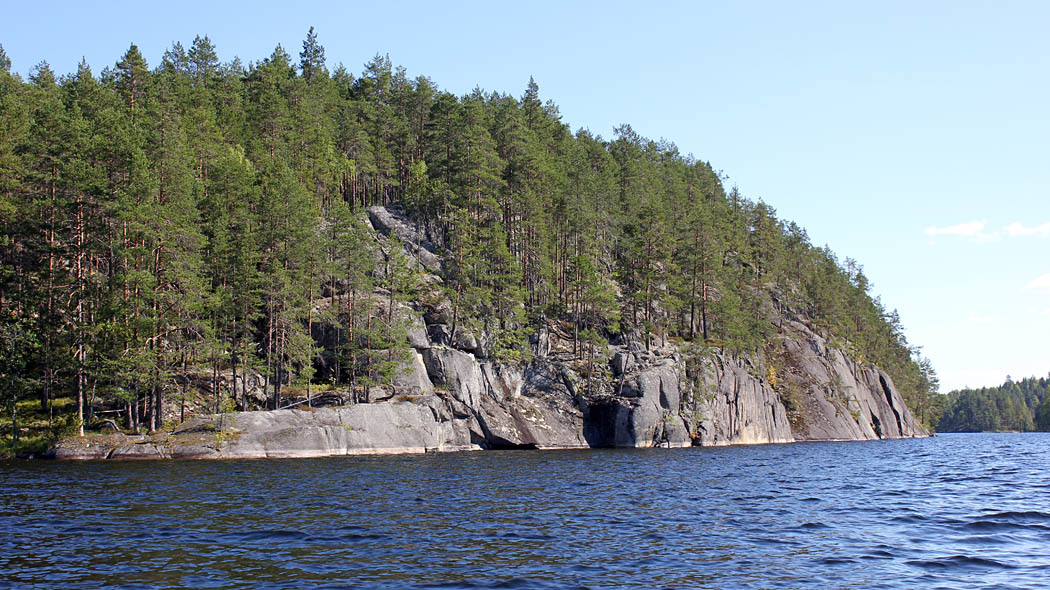 The shores of the park are rugged rocky shores. So called Devil's fields consist of boulders and rocks, and were formed after the Ice Age by the great changes in the sea level. The individual profiles and crushed forms of the rocks are unique to Kolovesi. The forms of the shores vary from rocks with pine trees to heaps of angular boulders and sheer cliffs.

The Eurasian Eagle Owl (Bubo bubo) and the Common Raven (Corvus corax) nest on the cliffs. The Red Fox (Vulpes vulpes) and the Eurasian Badger (Meles meles) can be seen between the boulders, and sometimes in the winter even the footprints of the Lynx (Lynx lynx) are found on the snow. Fishing in the clear water live the Saimaa Ringed Seal (metsa.fi, in Finnish) (Phoca hispida saimensis) and the Otter (Lutra lutra), which is also quite rare.

There are forests in the depths of Kolovesi islands where loggings have probably not been carried out for decades. These forests remain in natural state and have been able to grow undisturbed. Some of the trees are reaching towards the sky, while others have died and turned into decaying trunks. 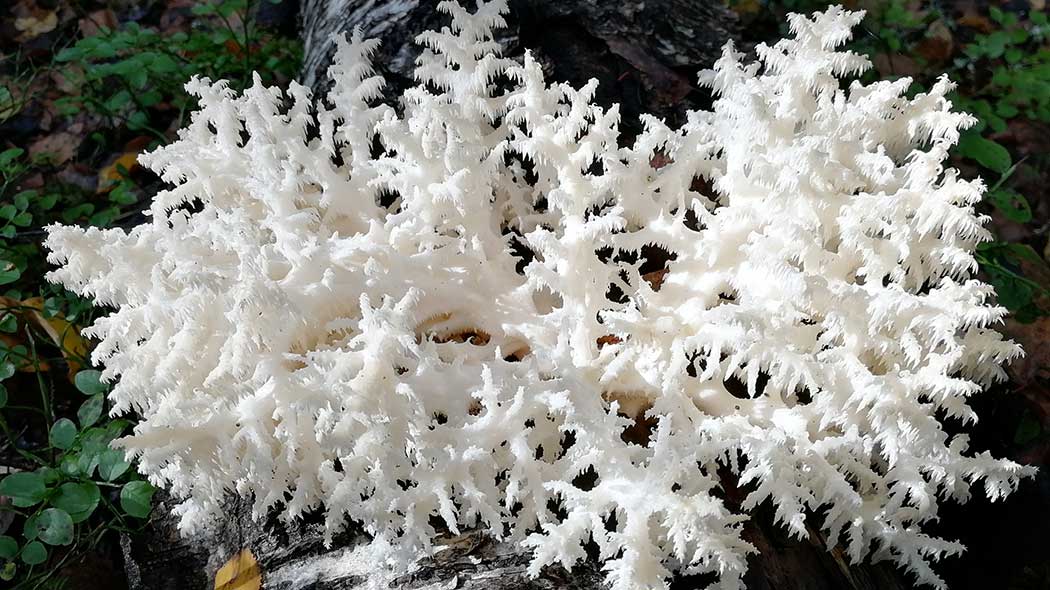 As a result, the biotic communities in the forests of Kolovesi are extremely varied. For example, the range of polypore species in Kolovesi is among the most diverse in Finland. About 100 different species of polypore have been found in the area, including Antrodia infirma, Antrodia primaeva, Antrodia pulvinascens, Dichomitus squalens, Radulodon erikssonii and Skeletocutis stellae.

The range of insect species is also highly varied. Cossonus cylindricus and Neomida haemorrhoidalis are two rare beetles occurring in Kolovesi. There are plenty of suitable habitats in the forests of Kolovesi for them and many other species. 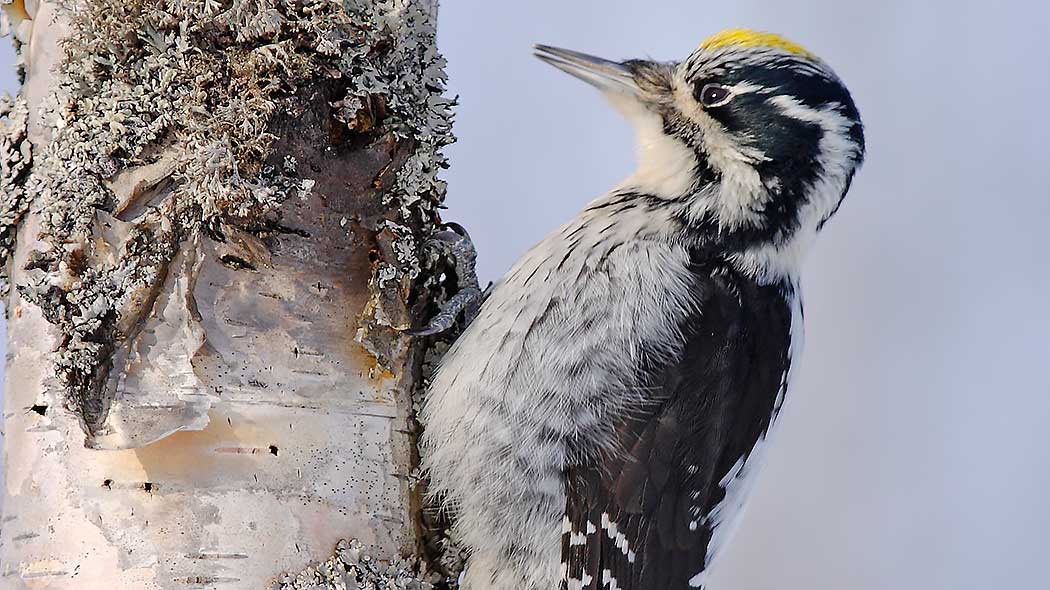 The forest ecosystems are complemented by former commercial forests, which are young, dense and dominated by deciduous trees. There you can hear the exotic whistle of the Golden Oriole (Oriolus oriolus), a bird with yellow and black colours, which sounds like a flute.

The abundance of rare species shows the value of the old-growth forests. Therefore Kolovesi is an important conservation area for the forest ecosystems of Southern Finland.

Kolovesi is characterised by long and narrow stretches of open water and straits. Kolovesi is part of Lake Saimaa but outside its main flow. Flows from northern Saimaa mostly bypass Kolovesi. In fact, the waters of the national park are clear and contain only small amounts of humus substances colouring lakes and rivers. In terms of ecological classification, the waters are in an excellent state. 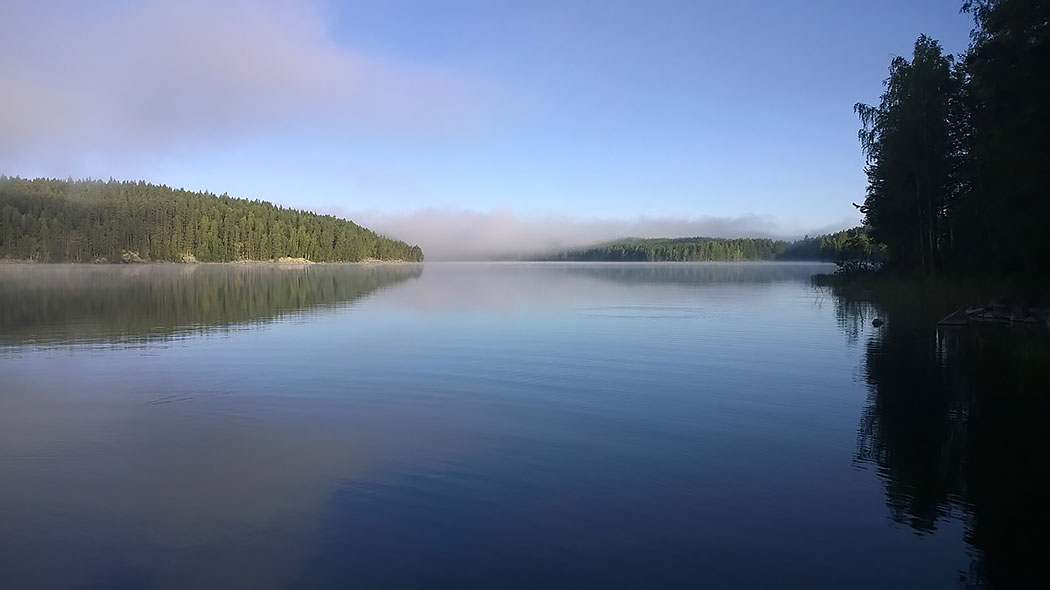 Many of the species living in the clear waters of the national park require restrictions concerning human activities.

Primarily to protect the Saimaa ringed seal, using boats with internal combustion engines is prohibited in nearly all parts of the national park. There are also other restrictions on movements in the area, especially during the winter.

The extensive restrictions on net fishing in Lake Saimaa also cover Kolovesi and they also help to ensure the survival of the endangered salmon species living in the deep oxygen-rich parts of the waterway. The Saimaa Arctic char (Salvelinus alpinus) and lake salmon (salmo salar m. sebago) are critically endangered, while brown trout (Salmo trutta m. lacustris) is classified as highly endangered. Read more about the endangered Salmonidae in the Lake Saimaa (jarvilohi.fi).