Natural Features of the Hetta Area 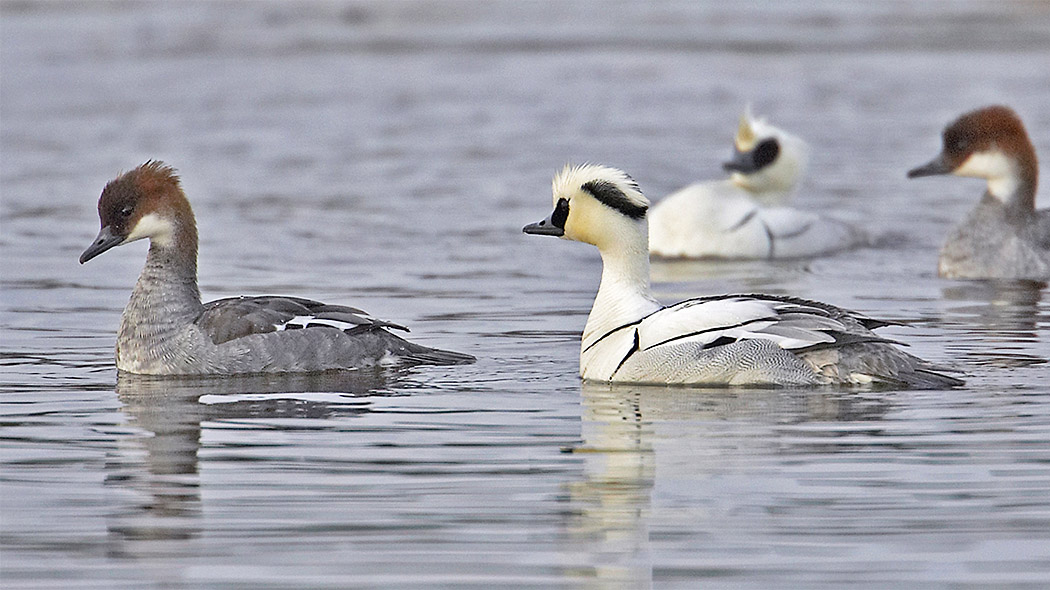 The best way to see and fully understand the uniqueness of the natural features in the Hetta Area is from the look-out point at the top of Jyppyrävaara Hill. The village of Hetta and the surrounding fell landscape astound visitors with their beauty time after time. Jyppyrävaara Hill itself is covered by pine dominated forest, dotted with birches as well as aspen and mountain ash. There are only a few lone spruce trees in the area, as the northern growth line of spruce is 20 km south of the area.

Lake Ounasjärvi is located between the Pallas-Ounastunturi Fell-chain and the village of Hetta. The lake is the source for the River Ounasjoki, which is one of Lapland's longest free-flowing rivers. A small isthmus at the west end of Lake Ounasjärvi separates Lake Ounasjärvi and Lake Muotkajärvi. Together these long lakes make up a narrow almost 20 km long stretch of lake landscape that the Hetta-Muotkajärvi road runs alongside.

Animals in the Hetta Area

Nature is always near when you are in Hetta or in its surrounding area. The two bird towers situated near the village are the best places to observe the area's large bird population. Along with reindeer (Rangifer tarandus) the most common mammals in the area are squirrels, hares and foxes. There are some moose (Alces alces) in the area and the roe deer (Capreolus capreolus) is an interesting new acquaintance for many. Thanks to winter feeding by locals the roe deer's population has grown.

Other animals to thrive in the area are the otter (Lutra lutra), the stoat (Mustela erminea), the least weasel (Mustela rixosa), the pine-marten (Martes martes), the American mink (Mustela vison), the muskrat (Ondatra zibethica) and many types of moles and shrews. During some years it is possible to meet a Norway lemming (Lemmus lemmus) at the Ounastunturi Fells, but it is extremely unlikely that you will catch a glimpse of a bear, wolverine, wolf, lynx or arctic fox. The arctic fox is near endangered. Frogs and lizards are common in the area but there are no viper snakes in the Hetta Area, as their northern-most habitat is at the Hannukuru-Pahakuru Ravines in Pallas-Yllästunturi National Park.

During late summer the area's berries and mushrooms are ripe for picking. As well as an abundance of blueberries the area boasts lingonberries, black crowberries, and cloudberries. In late fall astute berry hunters may also find some cranberries. Mushrooms which are abundant in the Jyppyrä area during a normal autumn are the variegated bolete (Suillus variegatus), the tall russule (Russula paludosa), the orange birch bolete (Leccinum versipelle) as well as different types of milk caps (Lactarius ).

A Rich Bird Population - From Tits to Bee-eaters

The landscape and vegetation in the Hetta Area are very diverse. There are old pine forests as well as vast mires, both barren and lush lakes and fells. In late April, early May you can head to Yrjö Kokko bird watching tower (enontekiolapland.com) to watch as the first swans, ducks and geese arrive. Bird feeders are busy places as birds, such as the Snow Bunting (Plectrophenax nivalis), the Common Redpoll (Carduelis flammea) and the Brambling (Fringilla montifringilla) migrate to the area for the summer and join the birds already there.

After winter when ice melts bird watchers should head quickly to Sotkajärvi bird watching tower (enontekiolapland.com). At Lake Sotkajärvi there have been sightings of almost all the water birds which nest in Finland and of those which regularly migrate through Finland. There have also been sightings of several rarities such as the American Wigeon (Anas americana) and the Ruddy Duck (Oxyura jamaicensis).

Towards the end of May there are birds almost everywhere and during summer we recommend visitors hike into the Enontekiö wilderness or south of Hetta to Pyhäkero Fell for bird watching excursions.  At Pyhäkero you can find most of Finland's fell birds such as the Rock Ptarmigan (Lagopus muta), the Eurasian Dotterel (Charadrius morinellus), the Long-tailed Jaeger (Stercorarius longicaudus) and the Lapland Longspur (Calcarius lapponicus). In Hetta Village some of the lead singers during a summer morning's concert are the Common Redstart (Phoenicurus phoenicurus), the Pied Flycatcher (Ficedula hypoleuca), the Willow Warbler (Phylloscopus trochilus), the Common Cuckoo (Cuculus canorus) and the Brambling (Fringilla montifringilla), but occasionally one may hear the song of Lapland's version of the nightingale the Bluethroat (Luscinia svecica).

As winter nears and the area's shallow lakes freeze, you should point your binoculars in the direction of the unfrozen spots in Lake Ounasjärvi. In his time the Finnish author Yrjö Kokko wrote about the area's Common Goldeneyes (Bucephala clangula), Long-tailed Ducks (Clangula hyemalis) and Smews (Mergellus albellus), but with some luck among the normal species found at the lake you may be able to spot a rarity such as the Little Grebe (Tachybaptus ruficollis) or the Great Cormorant (Phalacrocorax carbo). The Periläkoski Rapids, located between Lake Ounasjärvi and Lake Periläjärvi, is also an interesting bird watching destination. Finland's most northern sighting of a Water Rail (Rallus aquaticus) was made on the rocks along the shore of the rapids where it was wandering around amongst a flock of White-throated Dippers (Cinclus cinclus).

Many of the bird species that inhabit the Hetta Area at different times of year may come as a surprise to visitors. The rarest birds seen in Hetta are the Bee-eaters (Meropidae), the Great Skua (Stercorarius skua), the Lesser Kestrel (Falco naumanni) and the Dusky Thrush (Turdus eunomus).

Winds from the Arctic Ocean

The closeness of the Arctic Ocean brings its own twist to the area's bird population; thus adding the Northern Fulmar (Fulmarus glacialis) and the Little Auk (Alle alle) to the list of birds seen there. Even during the darkest part of the year in mid-winter there is life in the area. Between 2002 and 2005 twenty-two species were sighted during winter on the bird watching route, which runs through Hetta Village. The most populous species seen were the House Sparrow (Passer domesticus), the Great Tit (Parus major), the Common Magpie (Pica pica), the European Greenfinch (Carduelis chloris) and the Eurasian Bullfinch (Pyrrhula pyrrhula). Of Lapland's common bird species, for example the Willow Grouse (Lagopus lagopus), the Siberian Jay (Perisoreus infaustus) and the Siberian Tit (Parus cinctus) are of course seen regularly during winter in the Hetta Area. Species such as the Willow Tit (Parus montanus), the Blue Tit (Parus caeruleus), the Eurasian Jay (Garrulus glandarius) and the Yellowhammer (Emberiza citrinella) can be found in small numbers in urban spots during winter.