The edge of the continental glacier withdrew from Eastern Finland about 11,000 years ago as the climate warmed at the end of the Ice Age. The melt waters flowed towards the outer edge of the glacier through tunnels formed at the base of the glacier. This water caused sediments to pile up in the tunnels and at their mouths thus forming the esker. The tunnel in which Punkaharju Esker formed was almost a kilometre wide at its widest point and it had numerous grooves. The present esker therefore shoots off at several points to three separate ridge backs.

Chunks of ice which had broken from the glacier were buried within the sediments transported by water. The largest of these ice blocks were a few hundred metres in diameter. When they melted the earth on top of them sunk and a hole was left in the ground: these are called "suppa" depressions. There are tens of different sized "suppa" holes in the area; Lake Ankkalampi at Takaharju Esker is actually a water filled "suppa". 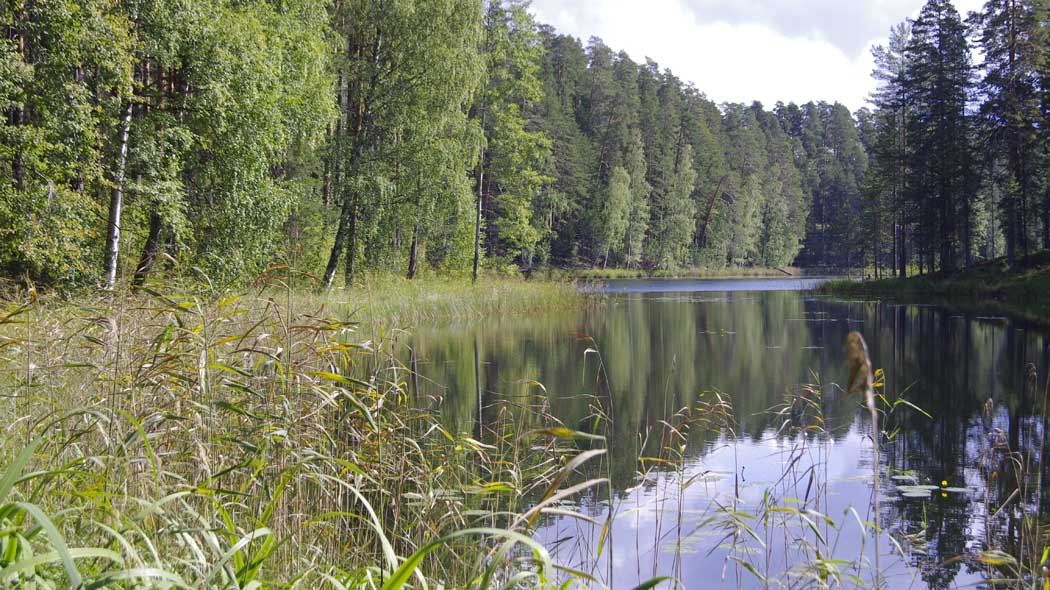 Other signs of the Ice Age include the fissures left by the glacier in the surface of the bedrock and boulders which have been transported by the glacier to their present location possibly from very far away. Ancient shoreline embankments show how the water level has changed since the Ice Age.

After the Ice Age ended settlements spread throughout Eastern Finland. Settlers came from the east arriving from between Lake Ladoga and the White Sea, from the southeast via the Karelian Isthmus and from the south over the sea. The early settlers were fishers and hunters. Their typical prey was the beaver and the moose, which are still common species in the area today as well as many water birds. They also gathered different sorts of leaves, roots and berries to supplement their meals. The area's water ways were an important travel route year round: in summer small boats were used to travel along the water and in winter people walked or skied along the ice.

From the Iron Age (550 BC - 1150 AD) onward settlers shifted from a hunter-gatherer lifestyle more towards slash-and-burn agriculture, which still remained a vibrant livelihood in the Savo Region well into the 1900s. The rocky soil amplified the need for slash-and-burn farming as other methods of moulding the fields were difficult due to the rocks. 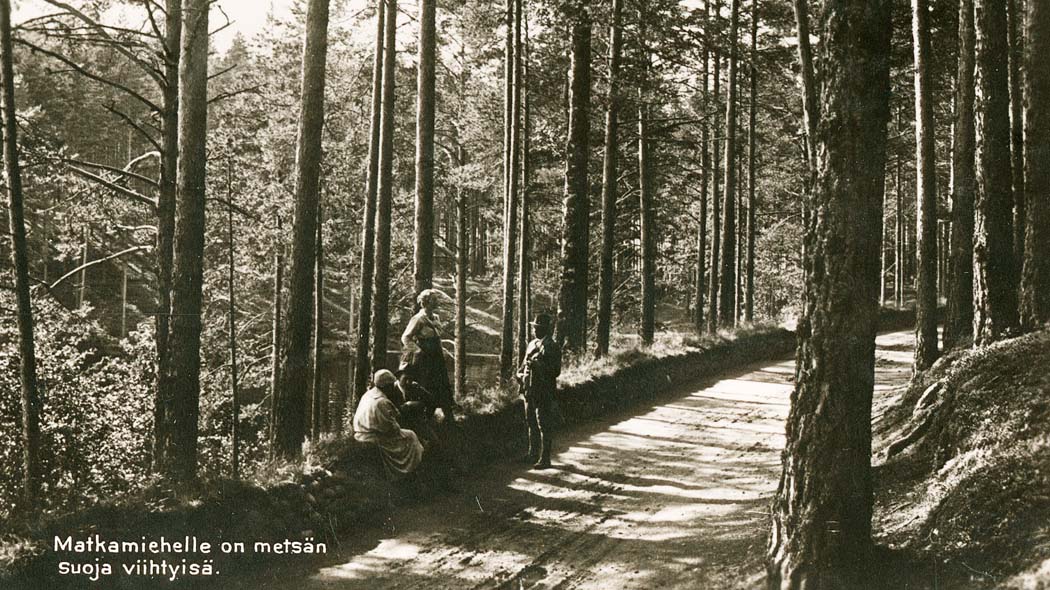 The esker ridge is an old travel route, which has been used by animals and humans alike. In olden times the ridge offered hunters a natural pathway between water systems. The first road was built on the ridge by Russians already in the 1700s. The road connecting the town of Savonlinna to Vyborg used to run through Punkaharju. This was also the route used by numerous battalions during wartime. At points the road run along the narrow and steep sloped ridge top and it was known to be quite dangerous. This might have been one of the reasons why Emperor Alexander I gave an order in 1803 to protect the esker forests from further logging; the dense growing ridge side pines created a natural safety barrier for the road. The esker top road was paved in the 1950s and in 1976 a bypass road, which directs some traffic past the esker was completed. A portion of the original unpaved esker top road has been preserved to the south of Hotel Valtionhotelli and it can be explored on foot. 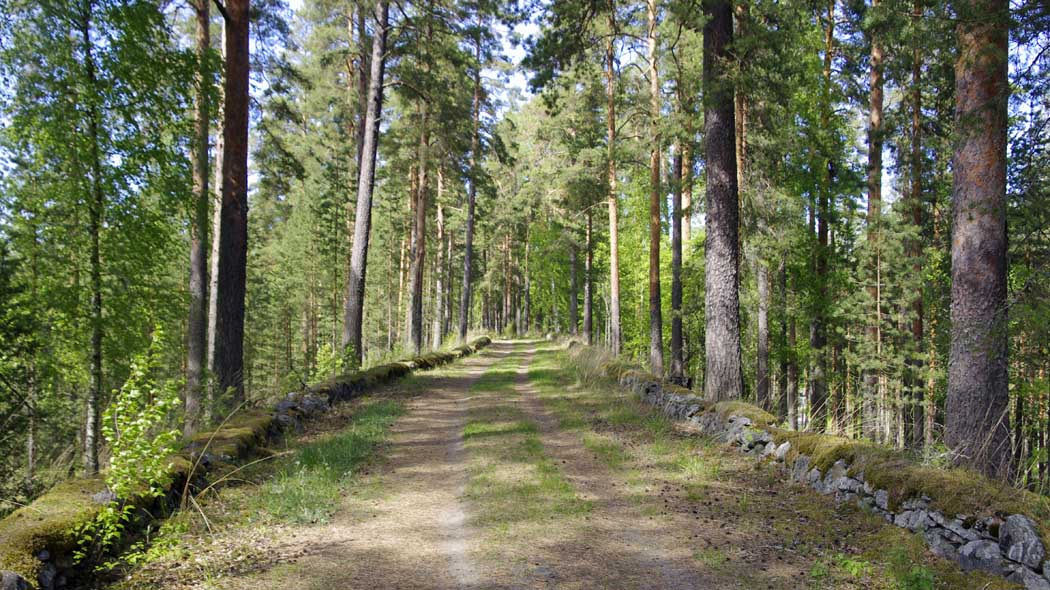 Hotel Punkaharjun Valtionhotelli was built in 1845 as a modest forest ranger's home, although at the time one of the duties of forest rangers was to see to the area's visitors. The Swiss style building, which was designed by E.B. Lohrmann, has been added to numerous times since and is still used for lodging today. It is indeed Finland's oldest lodging service. The forest ranger moved to live in a separate building in 1879 and concentrated on other tasks. During 1978 - 1979 the building was carefully restored.
Nowadays the building serves as a hotel and is known as Hotel Punkaharju. 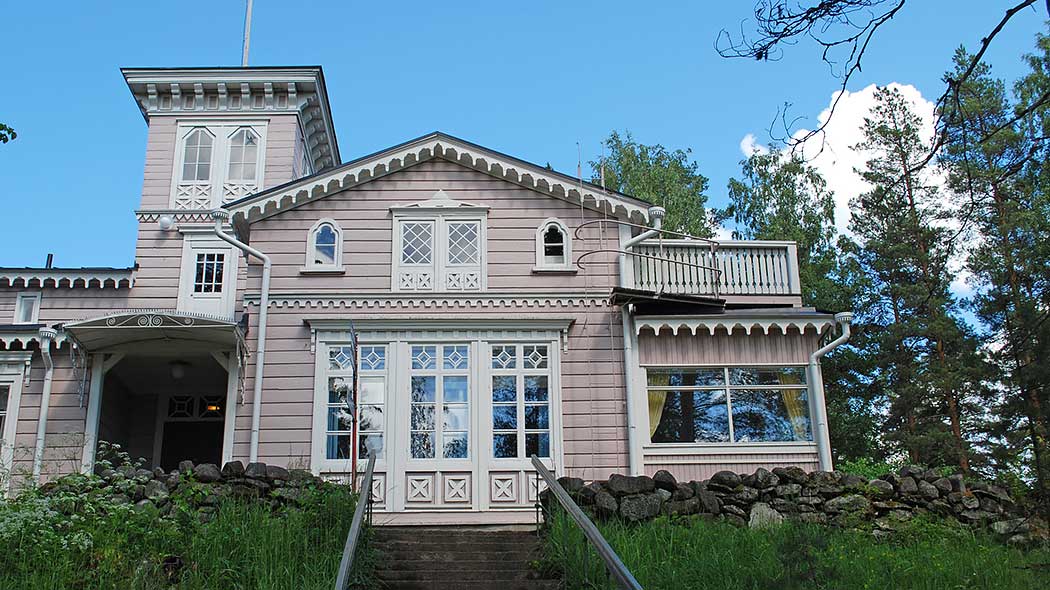 Because there was a shortage in lodging options in Punkaharju during the 1890s a building dubbed the Empress' Villa was built. First the building designed by architect Sebastian Gripenberg was called Villa Punkasyrjä. There is no evidence that the Russian empress ever stayed at the villa so the origin of the present name is unknown. Possibly builders believed the building to be so beautiful that even the empress could have stayed there. Another theory is that Emperor Nicholas II and his wife Empress Alexandra Fedorovna had planned to visit Punkaharju and it had been planned that the empress would stay at the villa.

The railroad leading through Punkaharju area was built started to operate in 1906. The old station building was designed by Bruno Granholm. At that time the station was named Punkaharju Station,but now it is called Lusto. The station was renamed after the Finnish Forest Museum which was established in 1994.

The railroad station building differs from other station building built around the same time in the countryside as it is far grander and more magnificent. The station grounds include a wooden pavilion.

In 1914 when Hotel Finlandia was established it was one of the most modern lodging quarters in Finland. The hotel had its own electrical generator, central heating and all 30 rooms had their own toilet and balcony. The building was designed by Walter and Ivar Thomé and exhibits influences from national romanticism and art nouveau architecture as well as a touch of baroque and renaissance themed features. Only a week after the hotel opened World War I began and the hotel emptied almost completely. The hotel continued to operate up until 1935 however, when Finlandia was sold in a compulsory auction to the government. During the Winter War 1939-40 it functioned as a stationary war hospital and later as a military rehabilitation centre. After the wars the building yet again operated as a hotel with varying success and finally Finlandia and its adjoining buildings fell into government ownership in 1981. A war invalid rehabilitation hospital was established there and presently the Kruunupuisto hotel operates there.

The highest spot on the esker ridge is 25 metres above the lake surface and is called Runeberg Hill. It is named after the national poet of Finland, Johan Ludvig Runeberg. At the spot there is a 3,5 m tall stone monument in honour of Runeberg with a verse from his poem Heinäkuun viides päivä (The Fifth of July) printed on the side. The monument was erected in 1939 in cooperation between the road administration and institute of forestry, almost 60 years after the idea first surfaced. J.L. Runeberg is known for sure to have visited the esker area twice in June of 1838, but it is probable that he did not write the afore mentioned poem while there.

The Finnish name of this romantic wooden bridge is "Kissing Brigde". The original Pususilta Bridge was commissioned by the Matkailijaliitto Tourism Association during the 1930s in order to shorten the trip from Hotel Finlandia to Hotel Valtionhotelli and the esker area. The bridge was rebuilt in 1983 when the Forest Research Institute funded it this time. 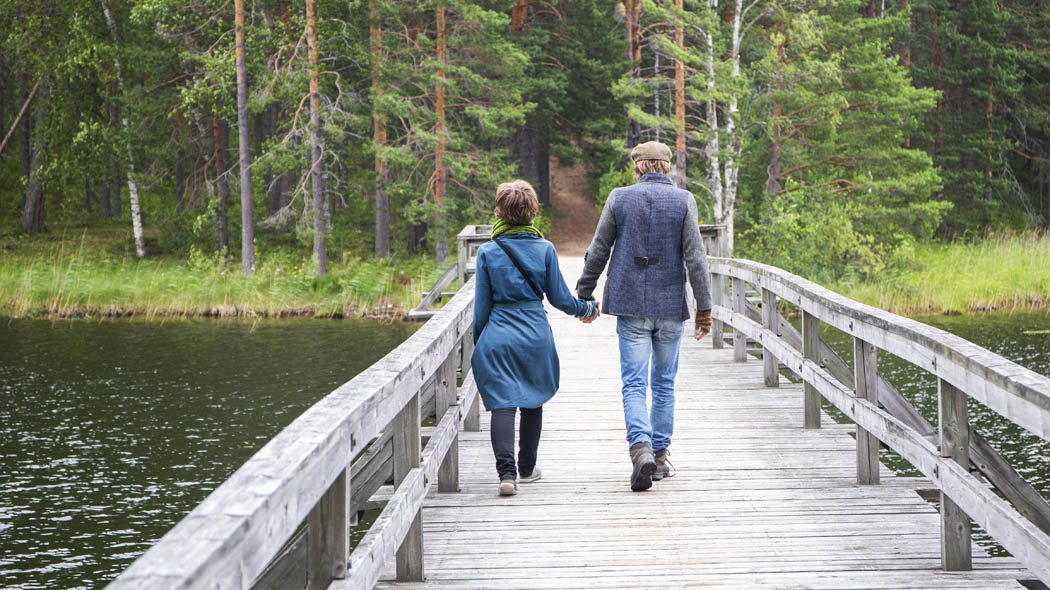 Punkaharju area is located in the old border zone which has belonged alternately to Sweden and Russia. After Finland gained independence the area prepared for a possible attack from Soviet Russia and the Finnish Salpa-line fortification which is over 1 000 km long was built in eastern Finland. This defence line stretched from the Gulf of Finland in the south to Salla area in the north. 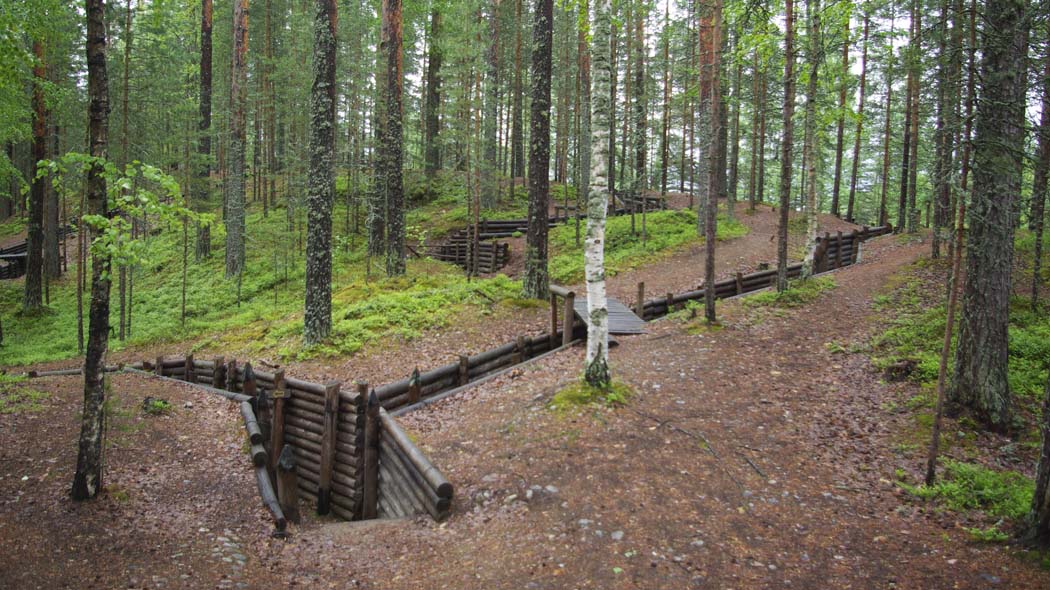 In 1940 - 1944 numerous structures were built along this line including 800 dugouts where soldiers could stay over night, 1,250 machine gun firing points, 130 km of dugout barriers, 350 km of battle and transport trenches and 225 km stone tank barriers. In Punkaharju Esker there were Salpa-line wartime structures at Cape Kuikonniemi and Cape Mustaniemi. The majority of these structures were filled up and cleared away after the war. This was the decision made in order to maintain the landscape and in order to make logging easier. The trenches and dugout which were at Cape Kuikonniemi were rebuilded in 2001 - 2003 and part of it was renowated in 2014 and they are open to the public.

The building of Lusto (lusto.fi) represents modern Finnish architecture; its head designers are architects Rainer Mahlamäki and Ilmari Lahdelma. The framework of the building is cement, but the structure and surfaces include many different types of wood. Its round shape resembles a tree stump and this is where the name Lusto came from as it is the Finnish name used for an annual growth ring on tree stumps. The museum opened its doors in 1994 and it has been enlarged twice, first in 2005 and in 2008.