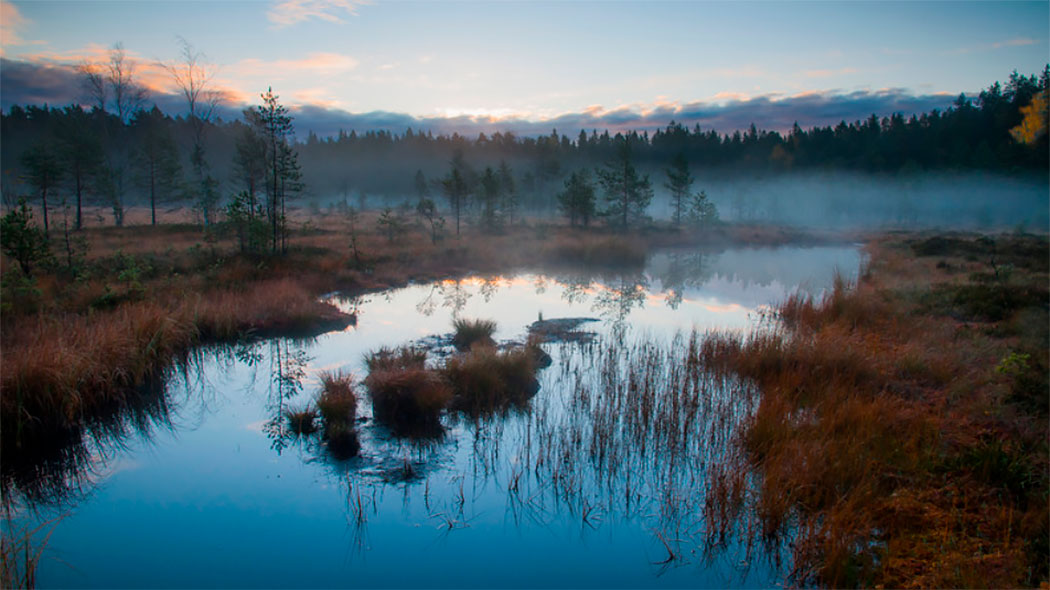 Nuuksio National Park is a green oasis in the capital region. The rocky lake upland is home to many species that thrive in old-growth forests, vibrant meadows and valleys, and ponds. 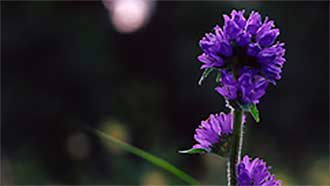 Climb the rocks, descend into gorges

Watch the seasonal changes from the top of a rocky hill. In May, anemones colour the ground blue and white.
Read more > 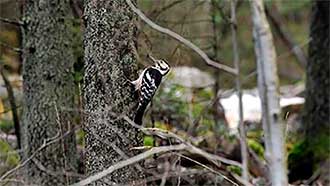 Wander in the forests, admire the lakes and ponds

Untouched old-growth forests, the tapping of woodpeckers. Take a dip in one of the more than 80 natural waters!
Read more > 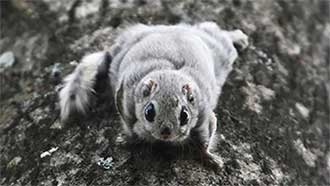 The flying squirrel in Nuuksio

The flying squirrel is the emblem species of Nuuksio National Park. This pretty bright-eyed animal is timid during the day and favours the same nesting holes from one year to another. Read more > 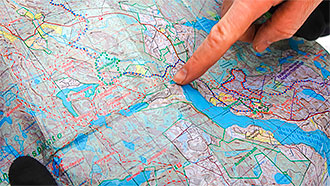 Are you planning an event? - Make a notification

A notification about large events or groups must always be submitted (metsa.fi).
Read more >

Climb the rocks, descend into gorges

The National Park is located in the border of the oak forest zone and the southern boreal forest zone. The landscape is dominated by valleys and gorges formed by the Ice Age, and barren rocky hills covered by lichen and sparse pine forest. At some places the hills reach the height of 110 metres above the sea level. The breeding birds of the rocky pine forests include Wood Lark (Lullula arborea) and the European Nightjar (Caprimulgus europeaus), which both are threatened species. 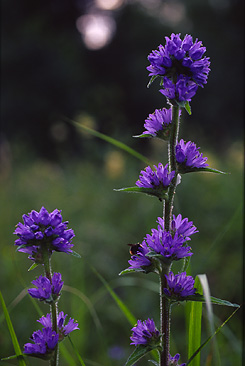 There are many scenic places on the bold cliffs. On Haukankierros Trail there is a high rock where you can look out to Brook Myllypuro valley in the northeast. If you return to the rock at different times of the year you will see how the landscape changes with the seasons; in the autumn it shines with beautiful colours. You can also see the Högbacka farm, built in 1930´s, which nowadays serves as a maintenance base for the National Park. Near Högbacka there is Giant's Kettle, which is still the boundary mark between the towns Espoo and Vihti. (Giant´s kettles were formed during the Ice Age by water making stones whirl around which grounded a deep hole in the rock.) It is located by the road Kattilantie, near Kattila area.

Wander in the forests, admire the lakes and ponds

The rocks descend vertically or step by step to damp gorges, which are dominated by moist forests, and spruce and pine mires. Under the water seeping cliffs, the dense spruce forests are cool, damp and dim. On the base of the rocks and in the brook hollows rich in nutrients, the vegetation is luxuriant. There grows the Alpine Currant (Ribes alpinum) and other currants, the European Honeysuckle (Lonicera xylosteum), the Mezereon (Daphne Mezereum),and trees like the Hazel (Corylus avellana) and the Littleleaf Linden (Tilia cordata). In May the ground seems all blue and white with Liverleafs (Hepatica Nobilis) and the Wood Anemones (Anemone nemorosa). In the dells sing the Blackcaps (Sylvia atricapilla) and the Red-breasted Flycatchers (Ficedula parva).There are also Flying Squirrels living in the area. 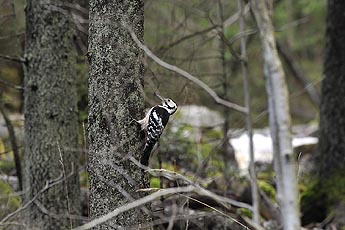 There are over 80 little lakes and ponds inside Nuuksio National Park. Some of the lakes have brown water and are surrounded by open bogs, while some have clear water and rocky shores. There are also many pine and spruce mires. The largest mire is Soidinsuo, which is in its natural state and surrounded by old-growth forest. Most parts of the National Park have been commercial forest, but some parts have already had a long time to develop into proper old-growth forest. The best old-growth forests can be found around Lake Haukkalampi and Brook Myllypuro on the slopes and the bottom of the fault-line valleys.

The turf floats of Lake Mustalampi are a special feature of Nuuksio National Park. A dam that was built 1950s caused the water level to rise and the turf floats around the lake to get loose. Now they float freely on the lake. 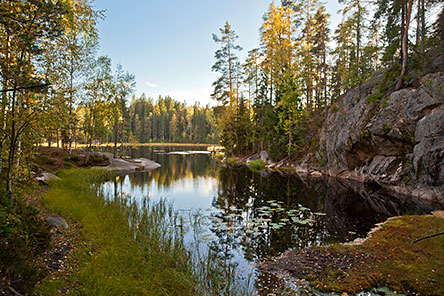 Flying Squirrels live in the boreal mixedwood forests of North America and Eurasia. The distribution of the species found in Finland, the Siberian Flying Squirrel (Pteromys volans), is from Finland and the Baltic countries towards east until the Pacific Ocean. The Flying Squirrel is strictly protected by both the Finnish and the European Union legislation. It is threatened by destruction of its habitats. 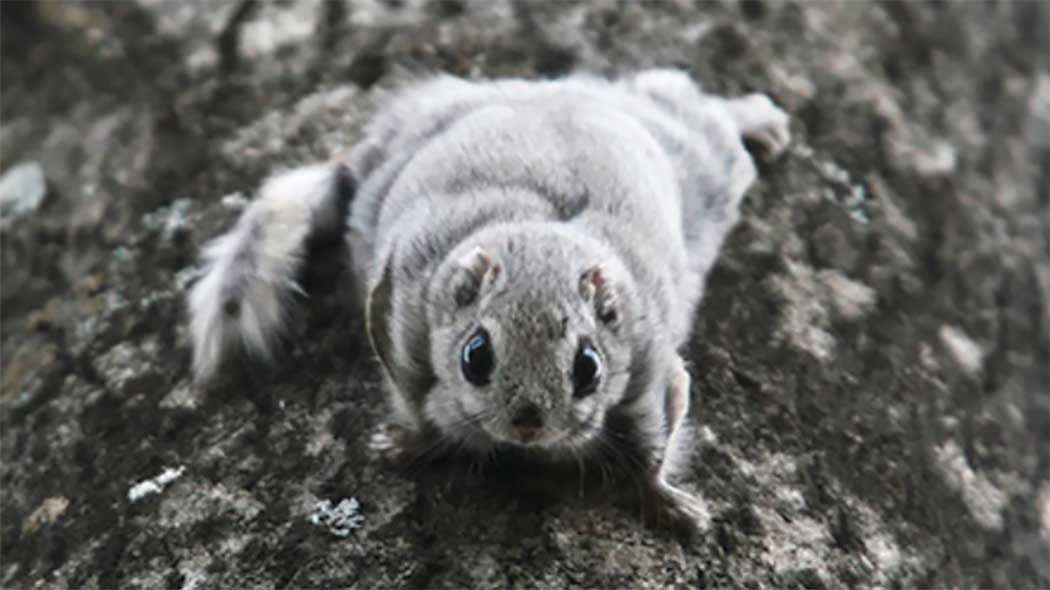 The population in Nuuksio is one of the densest Flying Squirrel populations found in Finland. There are almost 200 places, where they live. That's why it has been chosen the emblem species of the National Park.

The Flying Sqirrel is smaller that the ordinary Red Squirrel (Sciurus vulgaris) and it weighs about 130-160 grams. The male is a little lighter than the female, but they look similar in size. The body of the Flying Squirrel is about 15-20 cm and the tail 9-14 cm long. The hair is grey round the year, and the back is darker than the front. The Flying Squirrel has big, black eyes, and that's why it can see well in the dark. It mostly moves about by gliding from trees, using a flap of loose skin that connects its back and front limbs. It can glide up to 75 metres.

The Forest of the Flying Squirrel

The Flying Squirrel lives for about 5 years, and uses all its life the same forest and the same tree cavities for sleeping and nesting. The territory of the Flying Squirrel can be anything between 0,02 sq.km to even 1 sq.km. The male has a larger territory than the female.

In the Flying Squirrel's forests in Nuuksio live also other rare species, such as the Grey-headed Woodpecker (Picus canus) , the Baneberry (Actaea spicata), and a land-snail species Macrogastra plicatula. The typical forest for the Flying Squirrel is an old, spruce-dominated but rich mixedwood forest. Large Aspens (Populus tremula) and Birches (Betula) offer food and woodpecker holes for nests. Large spruces (Picea) are good for nests and also create shelter to protect the squirrel from predators such as the Pine Marten (Martes martes), owls and hawks. In Nuuksio this kind of forests can often be found under cliffs. Especially on Nahkiaispolku Trail and in the Brook Myllypuro valley it is worth looking at the landscape from the Flying Squirrels point of view. 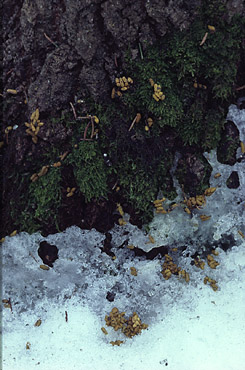 Signs of the Flying Squirrel

The Flying Squirrel usually moves about in twilight, so it is not very often seen. The most common sign of the Flying Squirrel's presence or visits to the area are droppings under the tree. These are about the size of rice grains, and their colour depends on the season: in the winter and spring they are yellowish, because of the pollen from catkins that the Squirrel eats, and in summer they are dark brown or black, less dry, because of the leaf diet.

The Flying Squirrel is a versatile herbivore, and it always eats in the trees. In the summer it does not eat much else but tree leaves. In the beginning of the summer its favourites are the new, soft leaves of the Aspens and the Alders (Alnus). Rowan (Sorbus) leaves are also on the diet. After the leaves fall in the autumn it eats mostly Alder and Birch catkins. If there are lots of catkins, it collects them into a winter storage. Buds, inflorescences and the current year's growth of the Pine are on the diet of the Flying Squirrel round the year.

Nest and the Young

The Flying Squirrel usually has several nests at the same time: in average 4 woodpecker holes and 1-2 twig nests, which it uses for storing food, sleeping and nesting. In the winter the Flying Squirrel spends most of its time in the nest, but it still moves around daily. The mother and the young often live in an old woodpecker hole, but sometimes even in a twig nest or a bird house.

After the mating season in March, the young are born in April-June. The Flying Squirrel usually has 1-4 young. The male does not participate in taking care of the young. Mating is also possible in May, so the female can have young twice in the summer. The nursing female also eats in the afternoon, so if you are lucky it is possible to see a Flying Squirrel in daylight during the summer.

The Emblem of Nuuksio National Park is Siberian Flying Squirrel.

Access to Green Spaces and Local Nature from Other Cities