The history of Seitseminen area is history of forest use. Seitseminen has been remote, sparsely populated area, where people settled as late as in the 1800s when the first crown tenant farms were established. The crown forest farms were owned by the state, and the inhabitants rented the farms. 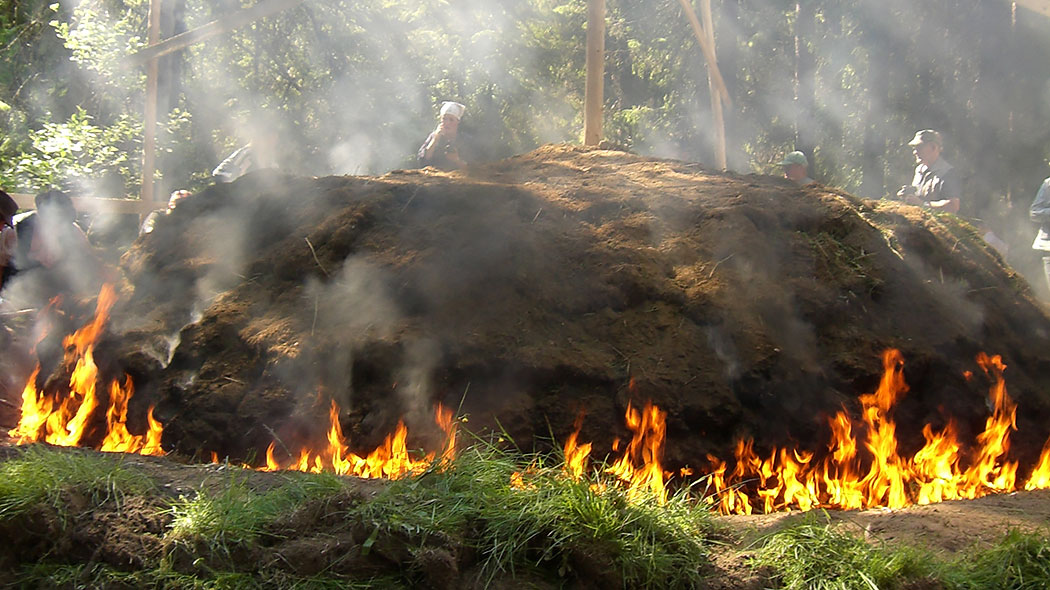 People of the more fertile lake shore villages of Ikaalinen used the forest in the wilderness areas of Juhtimäki for hunting and fishing. In a 2007 archaeological inventory 5 archaeological sites were found in the Seitseminen area, on the basis of which we can conclude that there were people wandering the area already in prehistoric times. Four of the sites are hole-traps and they are located in the Seitseminen Ridge and Hirviharju Ridge area. The hole-traps were used for hunting wild reindeer. The fifth site is a pile of rocks near Lake Liesjärvi which was possibly related to the area's hunting culture. 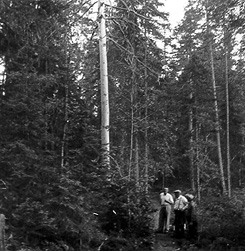 Forestry was an important form of livelihood in the Seitseminen area and logging and timber floating were parts of everyday life. The largest loggings were carried out in the 1920s. Some of the handsome spruces of Seitsemisharju Esker have been cut to be used as ship masts, which were needed for Finland paying war reparations to the Soviet Union in 1940-50s.

The waters in the Seitseminen area were owned by the Kokemäki timber floating association. Timber was floated for the most part down the Rivers Liesijoki and Seitsemisjoki into Lake Kyrösjärvi. Timber floating took place during spring while snows were melting. At this time waters were high and timber floated more easily down even narrow streams. Men cleared narrow river beds to make floating possible and a 5-7 metre wide floating channel was built between Lake Liesilampi and Lake Kettulampi.

Tar and coal burning were also practiced in Seitseminen. The Kovero tar pit was restored in 1993 and is today a tourist sight. Tar was burned in the pit by volunteers in 1995, 1998, 2002 and 2009. In the western and eastern parts of the national park there were charring plants where fuel for wood-gas generators was produced.

The forest workers were accommodated in logger's cabins, and in the first years also at the tenant farms. Pitkäjärvi Loggers' Cabin was built during the World War II in the 1930s. After the war there were also prisoners working in the forest to make up for offences, such as black market dealing and bootlegging. Bike tracks were built between the cabins, and brooks and rivers were cleaned out for log floating. The trail network in the National Park is based on the old bike tracks.

In the eastern portion of the national park there is a dugout which was used by reds who were hiding in the forest. The dugout is quite a rare and special remnant of war history. The dugout was most probably used during the time of the Second World War in the early 1940s. Men who for political reasons avoided active service in the army hid in these woods. The site can not be reached as the terrain around it is so difficult to cross.

The Emblem of Seitseminen National Park is European Pine Marten