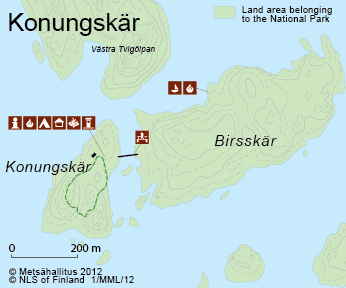 Konungsskär form a sheltered excursion harbour together with Västra Tvigölpan and Birsskär. From Konungskär island you can get to the next island Birsskär along a boardwalk. The best places for mooring can be found from the north shore of Birsskär island. The south shore and western side of Konungskär are other possibilities for mooring. 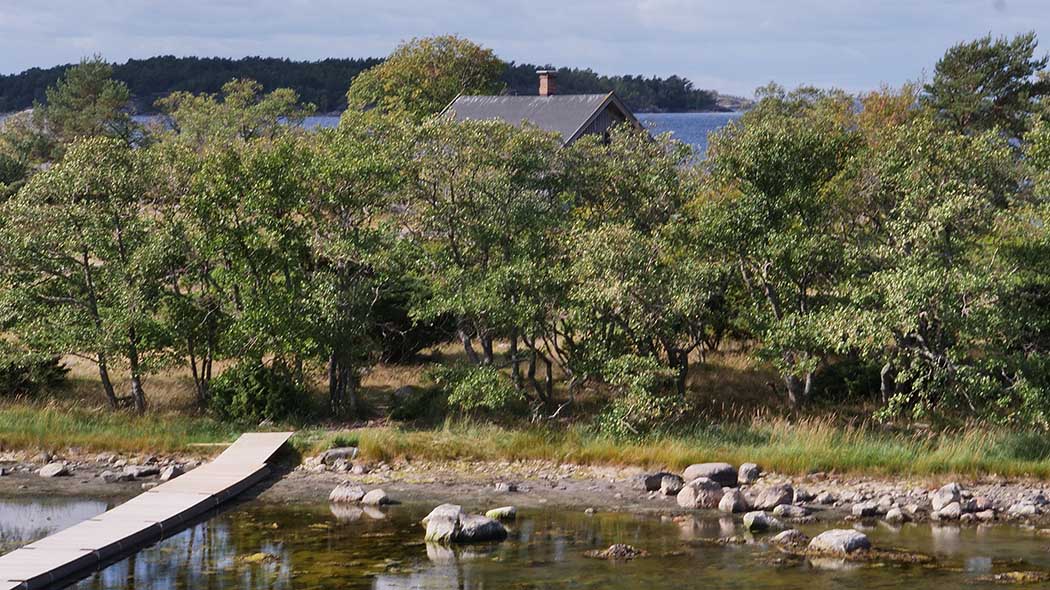 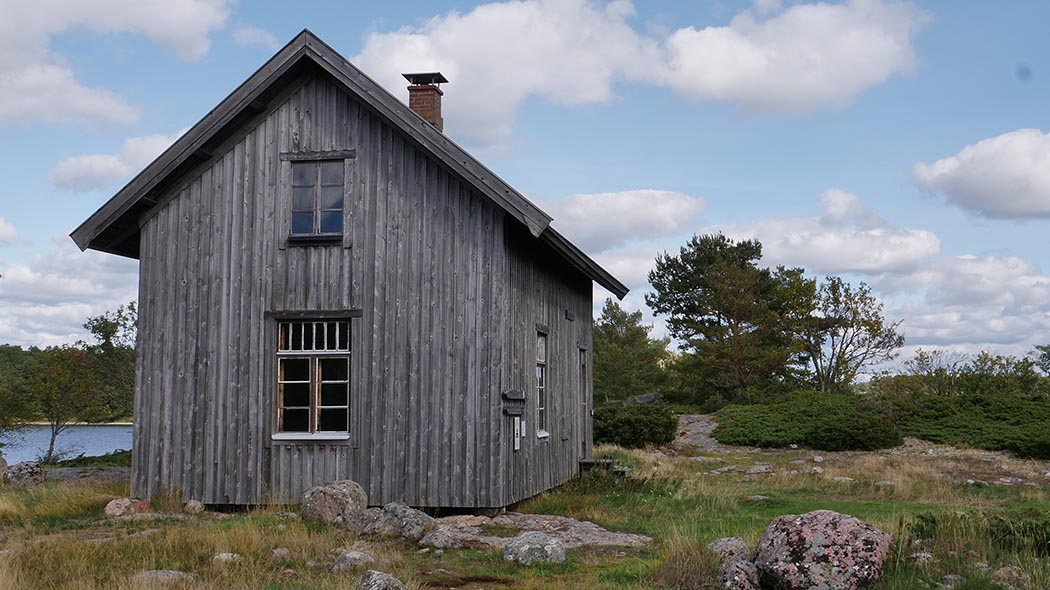 Konungsskär and the nearby islands are barren and rocky. The old tenant farm is surrounded by a beautiful meadow, still grazed by sheep in the summer. After the end of permanent habitation in 1916, the island was used as a base for hunting and fishing trips. Famous Finnish Marshal Carl Gustaf Mannerheim also visited the hut in September 1926.