Sawmills were set up in the surroundings of the town of Joensuu in the 1800s. After the mid 1800s, the sawmills were buying large timber trees, so Lieksanjoki River became an important floating channel. During the winter months, large forest works were carried out by hundreds of men and horses. Finnish loggers also went to work on the other side of the border in Russia. From the 1860s, Lieksanjoki River was used for floating logs across the border. Most of the logs which floated along Tuulijoki River were originally from Russia for a period of 110 years, until the 1970s. Log floating from Russia ended in 1986, and that is when floating ended altogether on Lieksanjoki River. It has been estimated that about 25 million cubic meters of wood had been floated down Lieksanjoki River by then.

Dams were built of stones to make log floating easier. These dams can still be seen in the rapids of Neitikoski and Siikakoski, and in the lower part of Haapavitja, reminding visitors of the old times. There are also former loggers' cabins in Neitiniemi and Kattilakoski. Downstream of the rapids of Siikakoski, old floating traditions can be seen on the river bank, such as a "fir sauna" where fir branches were steamed to make "rings" by twisting and weaving. These "rings" were used for tying up floating barriers. There is also a logger's lean-to shelter. 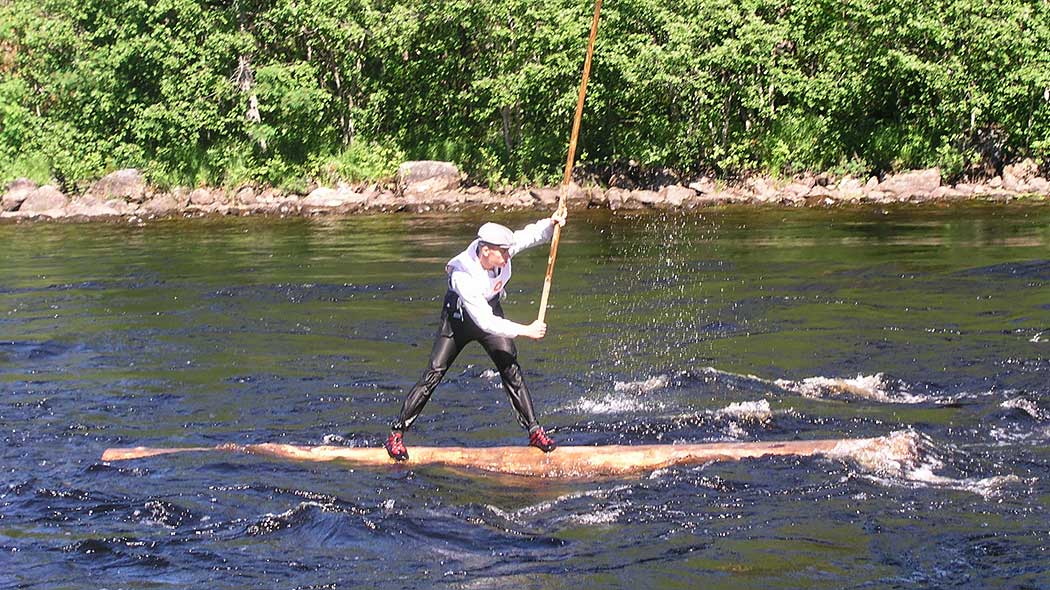 The first loggers' competitions in Finland were organised in Lieksa in the 1930s. There participants could show their skills, and they were encouraged to develop their skills.

Crossing the Eastern Border during the Times of War and Peace

Rivers Lieksanjoki and Tuulijoki have, already in the old days, been important transport and trade routes between Finland and Russian Karelia. For centuries, trade and military expeditions were carried out from both sides of the border.