The region of Häme has been inhabited for over 10 000 years. In Aulanko, people have shaped the landscape almost everywhere in the nature reserve. Already about 2000 years ago, there was a religious site and a fortress on Aulangonvuori Hill. The top of the hill was probably cut treeless at the time. Since the Middle Ages, the area has also been used for cattle pasturing, so the forest has not been in its natural state for a long time. The fortification was destroyed in the mid 1200s, when the Swedish started building Häme Castle a couple of kilometres away, along the waterway of Vanajavesi.

There are two places in the nature reserve where the location of the ancient shoreline has been marked with signboards: the shore of Yoldia Sea from about 8000 BC and the shore of Lake Ancylus from about 6500 BC.

The History of the Forest Park

The history of the forest park begins in 1883, when colonel Hugo Standertskjöld (1844-1931), who had made his money manufacturing arms in Russia, bought Karlberg estate on the shore of Lake Vanajavesi. The main building of Karlberg estate was located where Hotel Aulanko is nowadays, but the original building was destroyed in a fire in 1928. 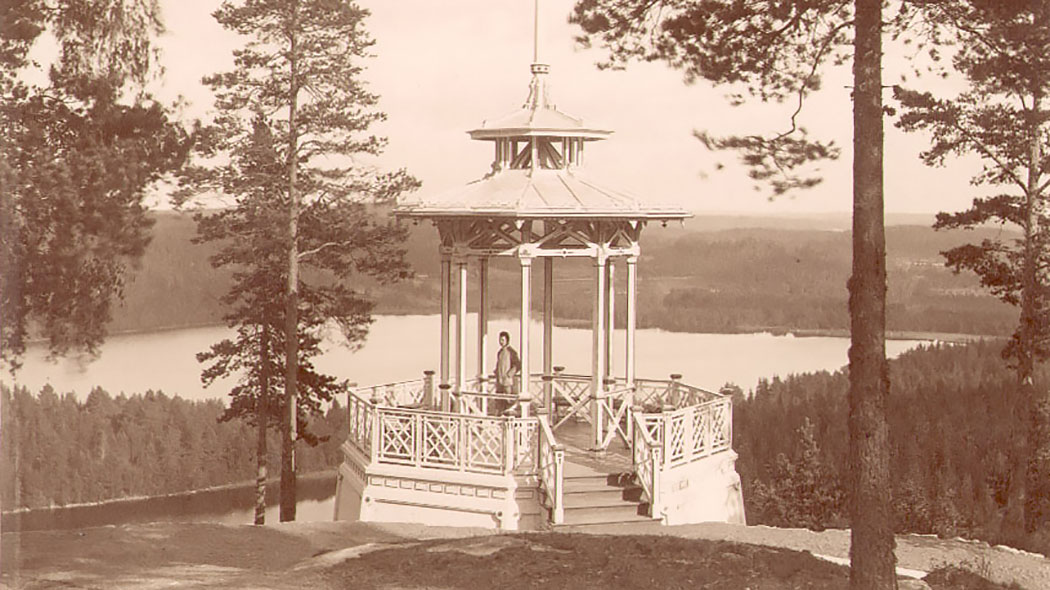 During 1883-1910, Standertskjöld carried out a huge project: he hired 250 workmen to build an English style park on his land. During that time were created the large artificial ponds, Lake Joutsenlampi and Lake Metsälampi, the impressive ruins of the granite castle, about 14 km of new roads, scenic lookout terraces and pavilions. In 1907, a 33-metres-tall scenic lookout tower was built at the location where the ancient fortress used to be on Aulangonvuori Hill. In addition, foreign trees, flowers and bushes were planted in the area. At the turn of the 19th and the 20th century, there was also the first zoo in Finland, where wild reindeer, red deer, pheasants and peacocks lived. The park was open for the townspeople of Hämeenlinna as well as tourists. 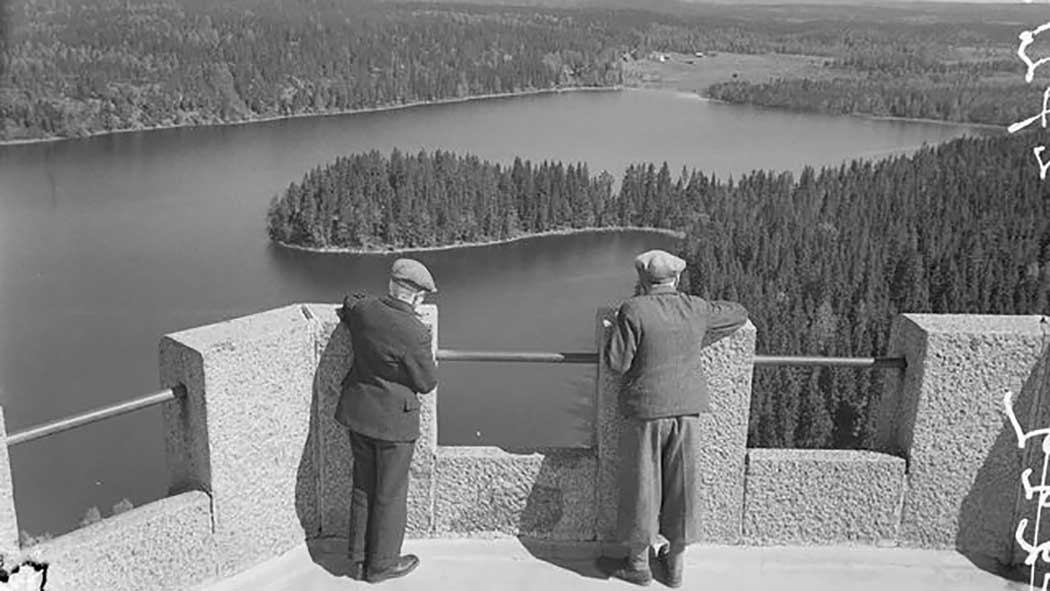 It was colonel Standertskjöld's will that the park would stay open for all visitors. When the colonel got old, the town of Hämeenlinna acquired the area in 1926, and it became protected four years later, by a decision of the county governor of Häme. Due to this, a management plan was made for the area, and more foreign trees were planted to grow in groups and to form small forests. Most of the trees in the park originate from these plantings in the 1930s, but a few individual trees from the colonel's time still also survive.

The government acquired the land in 1963. It was not until 1991 that the area became protected by the law, and the 0,5 sq.km landscape forest next to it was included in the nature reserve. Since 2002, the area has been managed by Metsähallitus. Nowadays, Aulanko area belongs to the first National Urban Park in Finland (www.hameenlinna.fi, in Finnish). 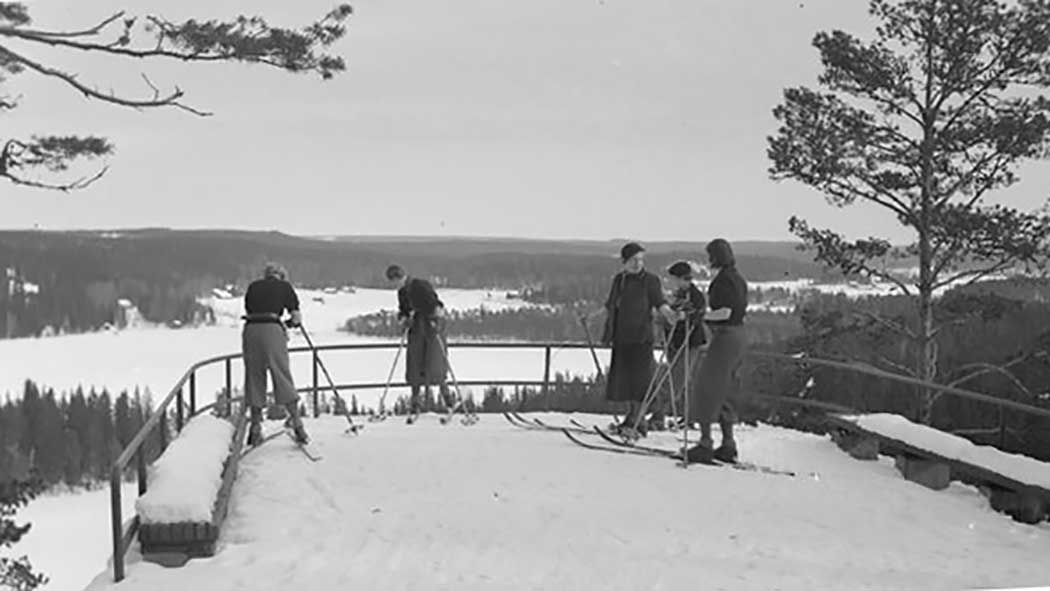