From Fishing Waters to Hunting Ground

In the beginning of the Common Era, Öjen was merely a 2 kilometres long island surrounded by small islets and shoals. People visited the island just to hunt seals. By 1000 CE, the island grew together with the mainland. However, it was not until the 15th century when people settled nearby Öjen.

In addition to seal hunting, fishing was an important livelihood in the villages near Öjen. Bream, pike, perch and herring were the most common catch. Dried or salted fish was even used to pay the taxes to the church and later on, to the state.

Because of the rocky soil, Öjen has never been suitable for cultivated land. However, people gathered grass, reed, sedge and even leaves of trees for winter fodder for the farm animals. Transportation of the fodder was easy since the villages were situated near Öjen. Often the fodder was transported with boats straight to the home yard. Apart from the cattle feed, Öjen's forest also offered firewood and building material. People also hunted hares, foxes, game birds and squirrels in Öjen.

Cattle Grazing in the Forest

Cattle huts in the backwoods were common in the Swedish speaking Ostrobothnia from the end of 19th century until the Second World War. Cattle huts were small huts in the forests near the cattle's grazing ground. There were cattle huts in Öjen as well and the villagers of Yttersundom kept their cows in them.

Maids went to the cattle huts every evening after the day's work at the farm. First they called the cattle together and then milked the cows. The milk was stored in an ice cellar over the night. The cellar was filled with ice blocks during the spring and the ice was covered with sawdust to prevent it from melting during the summer. Maids slept in the cattle huts and carried the heavy milk cans to the farm in the morning. Sometimes the milk was taken all the way to the town for sale.

At the Öjen's highest point, at Kompassberget's rock, you can find two compass roses. They are rock formations that show four or eight points of the compass. According to the researches of Ostrobothnian Museum, these compass roses are from the early Iron Age (500-1000). Compass roses may have been built by fishermen, who waited the weather to improve, or the villagers, who waited the fishermen or sealers to come home. 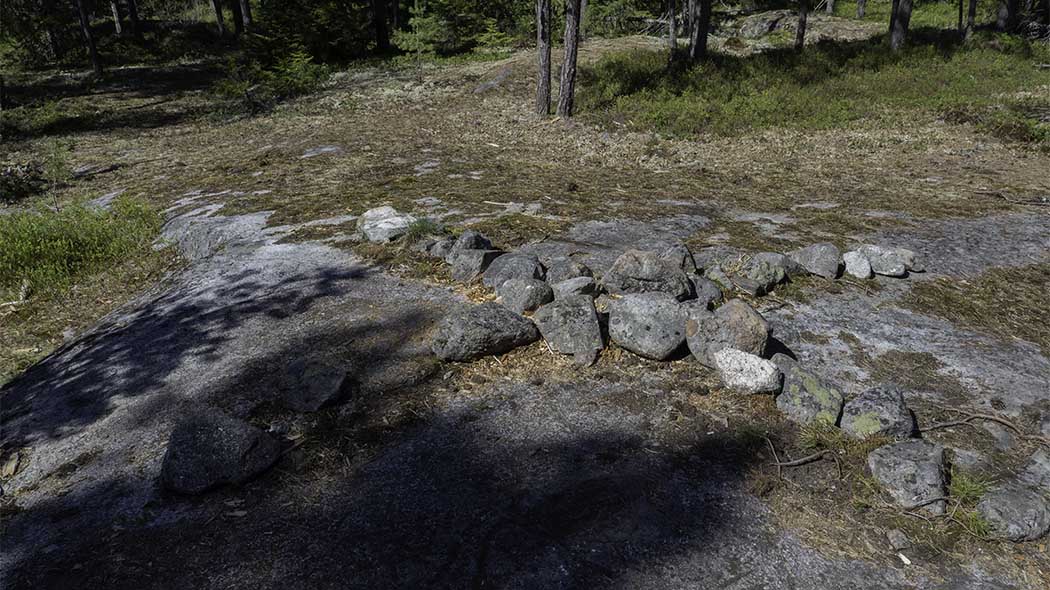 The redistribution of Öjen, which began at the end 1950's, proceeded slowly. The forest owners did not want to log the forest while waiting for the woodlot exchanges. At the same time the city of Vaasa bought all the woodlots on sale and eventually owned nearly the entire Öjen.

The forest department of the city of Vaasa intended to do a 10 hectare clear cutting in the spring 1993. However, during the mappings of the area, it was discovered that Öjen is very diverse with its many old-growth forest species. The findings stopped the loggings and Öjen became a part of the old-growth forest conservation programme.