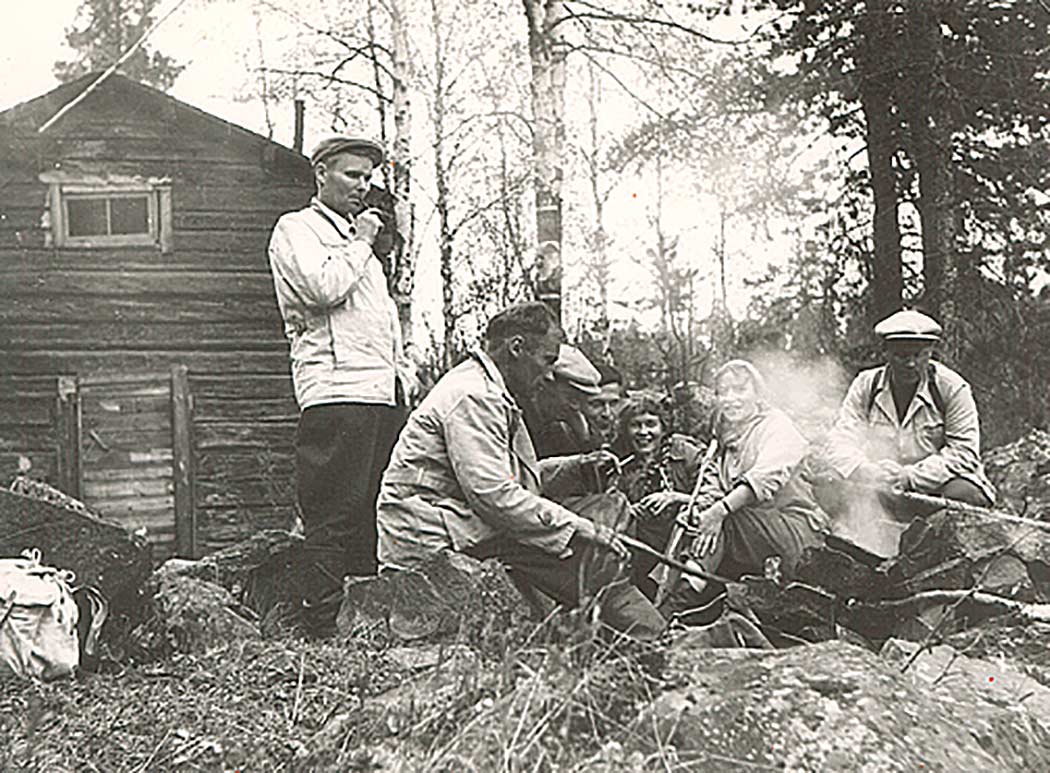 Oulanka National Park, along with six others, was established in 1956. The first section of the Karhunkierros Hiking Trail, leading to the sights of Oulanka from the Sallantie Road starting point to the Taivalköngäs Rapids, had been marked a year earlier. After all these eventful years, Oulanka stands today as an internationally recognised protection area, whose appeal is based on a diverse and unique mixture of southern, northern and eastern natural features.

A National Park is Established

The area that is now Oulanka National Park has been famous already since the late 19th century for its breathtaking scenery, wild rapids and exceptional plants. Kuusamo was suggested as a possible location for a National Park already in 1897. Scientists Vilho Pesola and Einari Merikallio drew up maps of the area in the beginning of the 20th century, with the financing of the chocolate and confection manufacturer Karl Fazer. Many Finnish artists also visited the area. 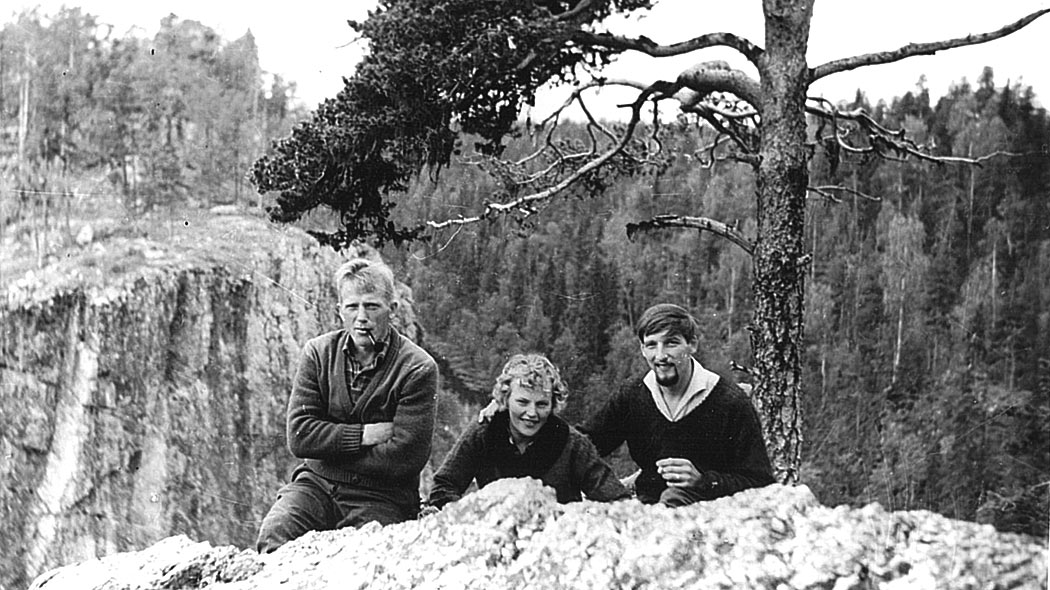 The process of establishing the National Park was, at first, slowed down by a general parcelling out land and then by the Second World War. It was further hindered by the conflict about the future of the Kuusamo rapids, when there were plans to harness the Rivers Oulankajoki and Kitkajoki for the production of electricity in the 1950's. Finally people realised that promoting nature conservation helped tourism and the rapids remained unharnessed. The late Reino Rinne, a journalist and author from Kuusamo was a spokesperson for nature conservation at the deciding moment. 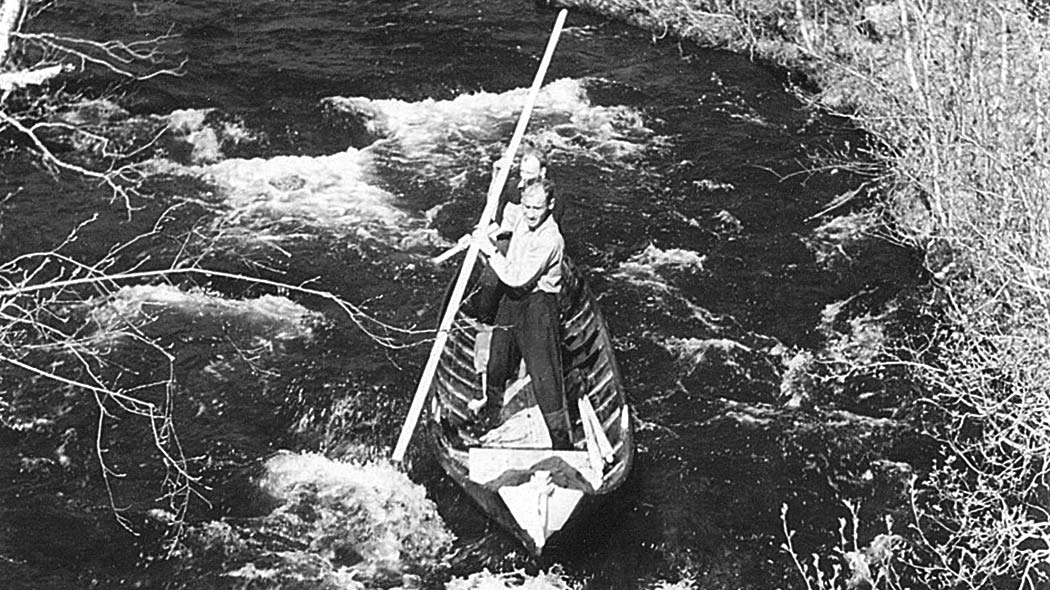 The open wilderness hut at Lake Kerojärvi was originally built to serve as a base for the construction of a new settlement area in the 1950's. At around the same time the Kuusamo board of tourism had Jussinkämppä wilderness hut built. It is now owned by Metsähallitus. 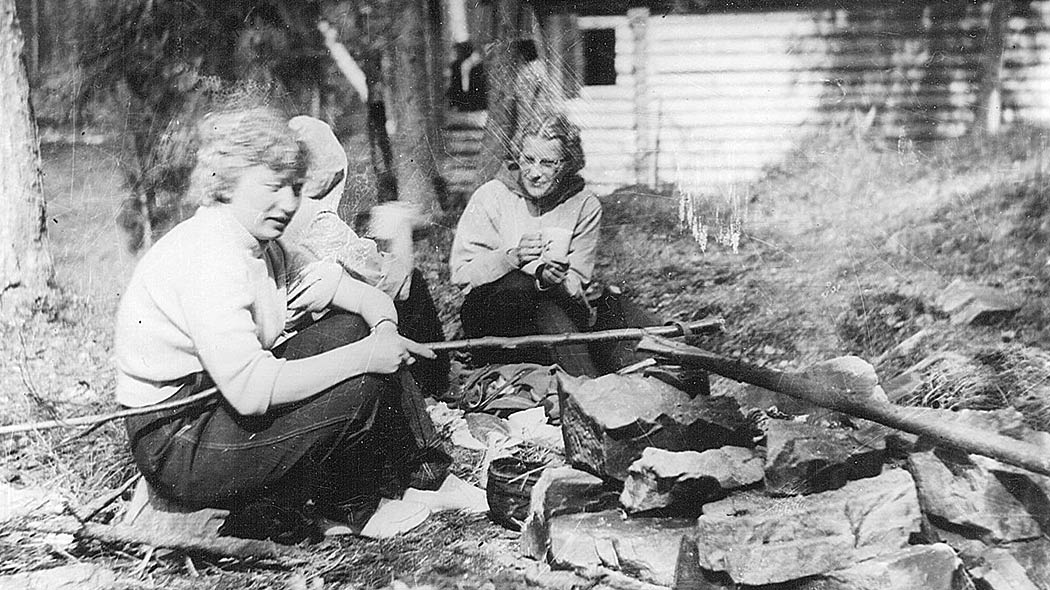 Other than the wilderness huts, signs of reindeer husbandry in the park are the remains of former slash-and-burn clearings and trees with horse tail lichen (Alectoria) and beard lichen (Usnea barbata). During harsh snowy winters reindeers had little food and herders cut down large trees with lichen for reindeers to chew on. Later the woodland was burnt over. These former slash-and-burn fields were then used as pastures for reindeers.

There are numerous spring and autumn water meadows in Oulanka National Park. In earlier times the residents of Paanajärvi and Virranniemi Villages have benefited from the mineral rich meadows on the shores of the River Oulankajoki. People travelled tens of kilometres to these meadows by foot and spent weeks away from home making hay. The harvested hay was stored in a barn till winter, when they were transported to farms to feed livestock. Some farmers took the hay home at once with their horses.

These days some of the meadows are managed to preserve meadow habitats.

The Winter War and Continuation War did not effect the Oulanka region too drastically, because not large battles were fought there. The locals, however, lived in constant fear of Soviet Partisan attacks. There were several of these attacks and the memorial plaque in Hautajärvi Village is a reminder of one of them. By the trail that leads to Kiutaköngäs there is a part of a war time fortification, which has been restored. Traffic on the River Oulanka has been observed from the shooting hole in this trench.

Oulanka - From Turbulence to National Park

Located in the municipalities of Kuusamo and Salla, Oulanka National Park was established in 1956 along with six other Finnish national parks. It had already become a popular destination for hikers and researchers long before this important designation. Numerous researchers had surveyed Oulanka, whose diverse nature contributed to its future status as a national park. The opening of the Karhunkierros Hiking Trail in 1954 also strengthened the area's position as a recreational destination and a new national park.

Today, Oulanka National Park is visited annually by more than 200,000 people, and various development measures have been implemented to ensure that future generations can also enjoy Oulanka's valuable and diverse nature as well as its magnificent scenery.

Metaphorically speaking, Oulanka has risen from turbulence to the status of national park. The park is intersected by two free-flowing rivers, whose most famous rapids, Kiutaköngäs in the Oulankajoki River and Jyrävä in the Kitkajoki River, form a part of unique Finnish nature. The most turbulent times in Oulanka were the early 1950s, when a controversy broke out over the ownership and harnessing of Kuusamo's rapids. Around the same time, the general parcelling out of land, which took quite a while to complete, drew a clear line between state and private land ownership. After this, Oulanka was on its way to becoming one of the most widely known national parks in Finland. 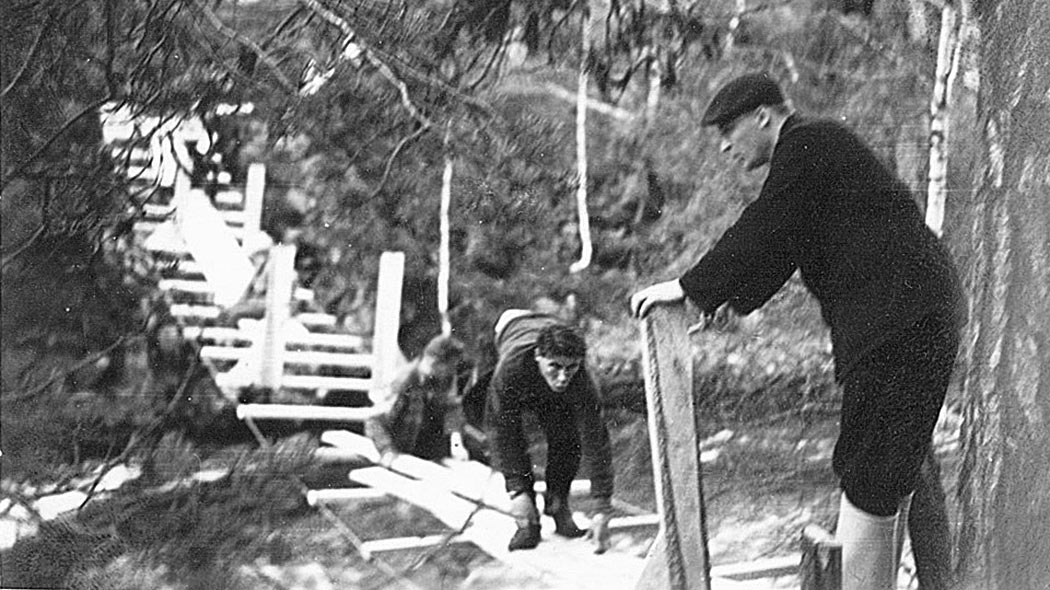 Dreaming of a National Park

The work for the establishment of Oulanka National Park began in the late 19th century. The first fairly extensive plans date from 1917, when an expedition financed by chocolate maker Karl Fazer explored the Oulanka area. In the 1920s, Professor Kaarlo Linkola, a famous botanist and conservationist, surveyed Oulanka and Juuma (Kitkanniemi) for the purposes of state nature conservation. However, Oulanka National Park was not established among the first Finnish national parks in 1938, as the time was not ripe yet due to unclear land ownership issues and the prevailing political climate. The wars between 1939 and 1945 also delayed the project. The marking of the Karhunkierros Trail in the terrain of Oulanka in 1954 started the boom of hiking and tourism. Oulanka's nature attracted both fishermen and local boy scouts. 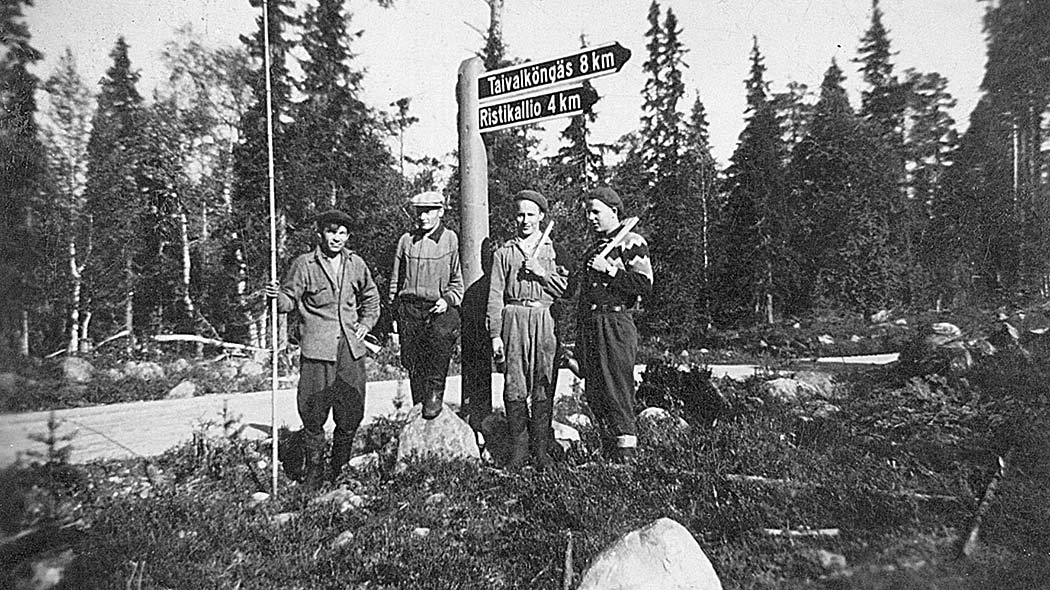 Traces Left by People in Oulanka

The history of Oulanka National Park is filled with northeastern Finnish cultural features. The encounter between Finnish farmers and the Sami people has left its mark in the local names, for example. In the Sami language, ‘kiutaköngäs' means ‘large rapids in a deep gully'. ‘Oulanka' comes from a Finnish word ‘oula' or ‘oulu', meaning ‘floodwater'.

The flood meadows of Oulanka are an indication of the creativity of the local people in obtaining valuable natural hay for livestock. Another feature of the area's history is the time of the ‘logging fever', during which loggers floated down the Oulankajoki River while standing on logs.

Slash-and-burn clearings where trees have been cut down to feed reindeer represent an exceptional feature of Finnish forest history. In the late 19th century, the Finnish paper industry became interested in the same spruce trees, and would gladly have bought spruces from Metsähallitus, the body in charge of supervising and managing Finnish state-owned land.

Listen to stories about Oulanka (youtu.be).