Nature and Cultural Exhibitions in Kellokas 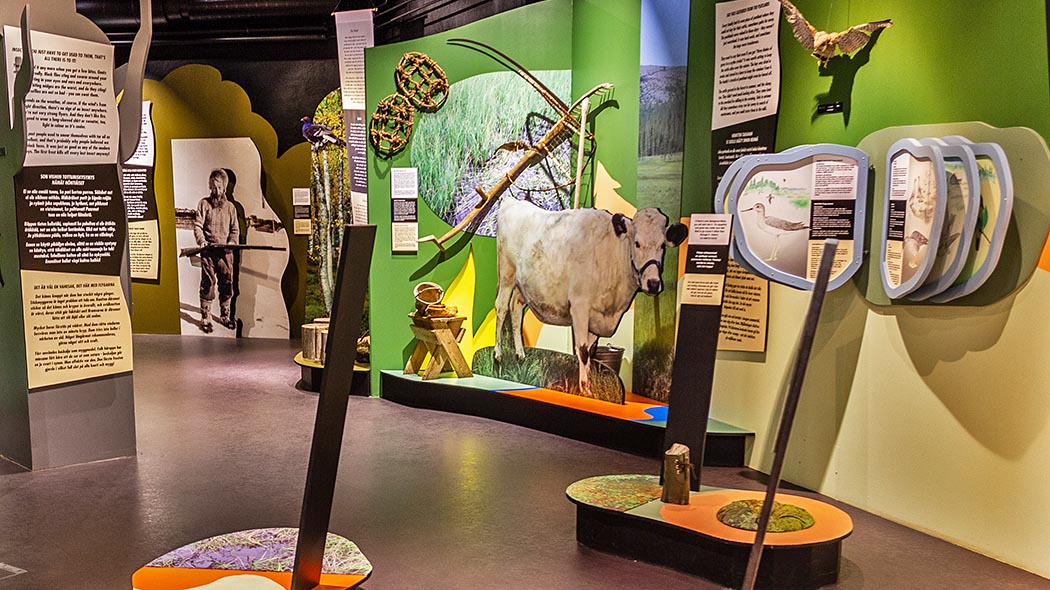 The development of the area's culture has always been tied to the area's natural environment and the possibilities it provides. This relationship between nature and culture is the main theme of Yllästunturi Visitor Centre Kellokas' new exhibition. The goals of the exhibition are to bring new insight to how dependant people are on nature and for visitors to apply what they learn to their everyday lives.

Cooperation Across the River Väylä from Ylläs to Pajala

The exhibits at Kellokas tell the story of the villages on the fells in Pallas-Yllästunturi National Park, the rivers which have their source in these fells, the natural features and culture in the Tornio-Muoniojoki area and about the River Väylä the river of life, around which local people have built their lives. The River Väylä has been a travel route, the vein that connects the entire area that has helped the area's diverse culture develop into something extraordinary. The richness of the area's culture can best be seen from the lively, colourful Meän-language spoken on both sides of the river. Today the language is very expressive and it is held in great respect and there is a good deal of support to keep it alive.

Life of the Brown Trout

The Brown Trout is a native salmonid found in Finland’s waters. The size, colouring and habits of the Brown Trout vary so widely that the brook, river, lake and sea trout were once thought to be different subspecies. Today, all Brown Trout are considered various forms of the same species, often mating with one another. The different forms of Brown Trout can be found in most of Lapland’s watercourses. At one time, Brown Trout was a common species throughout Finland. The exhibition, produced in the Freshabit Life IP project, tells the story of this endangered species (metsa.fi). 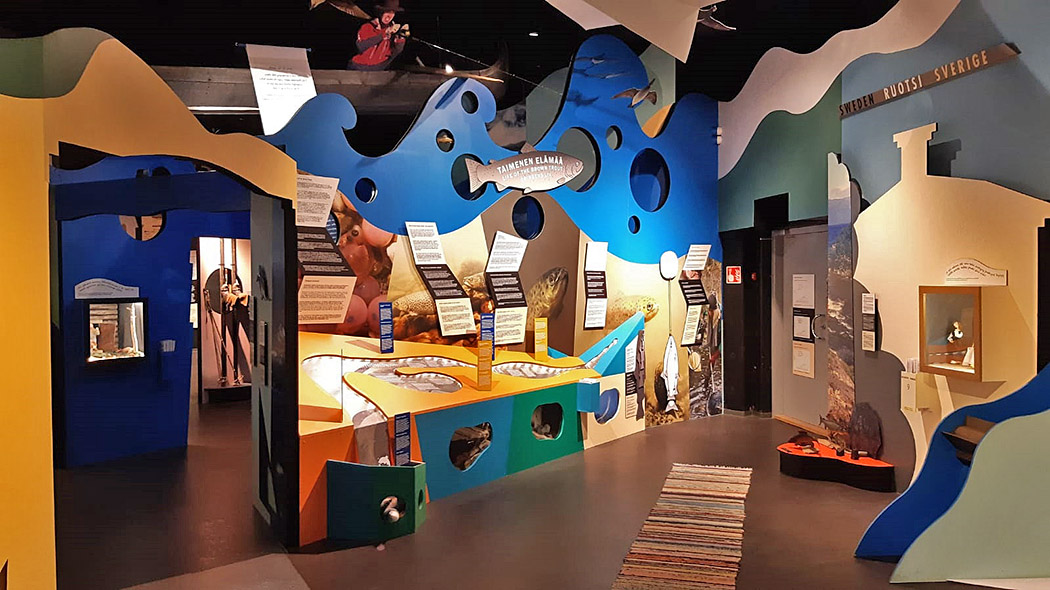 Trout which migrate to the sea are known as Sea Trout and those which migrate to lakes are called Lake Trout. All forms of Brown Trout spawn in the rapids of flowing watercourses. The prime spawning grounds for Brown Trout are clearwater brooks and streams with gravel bottoms. The Naamijoki, Kuerjoki, Ylläsjoki and Äkäsjoki rivers in Kolari and tributaries feeding into the Tornion-Muonionjoki River are key spawning rivers for Brown Trout.