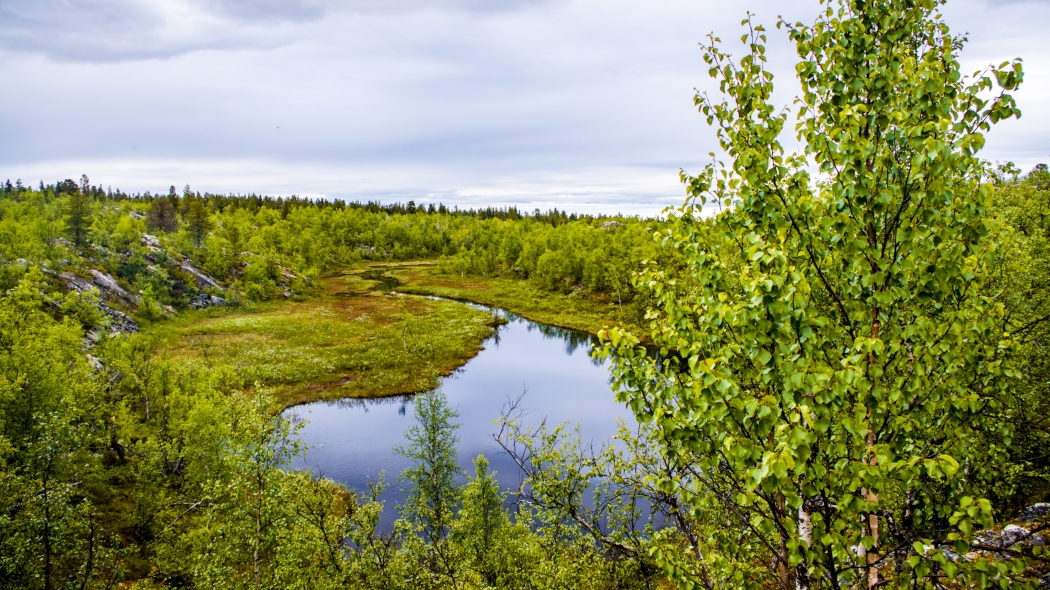 A Wilderness of Mires and Hills

There are vast mires and spruce covered small hills on the southern edges of the wilderness area. When crossing over to the municipality of Enontekiö you see northern growth distribution limit of spruce. North of the spruce forest pines and fell birch still grow. As well as hills, there are also some low fells in the area. Puljutunturi Fell in the south rises to 471 m. Other fells which are over 400 m high are the Kätkätunturi, Korsatunturi, Kieritunturi, Avisuoratunturi and Peltotunturi Fells, which are located in the western and northern parts of the area.

Pulju Wilderness Area's large mires make it an ideal habitat for waders and other mire dwelling birds. A solitary visitor picking cloudberries will be followed by the monotonous sounds of the Eurasian Golden Plover (Pluvialis apricaria). The male Ruff (Philomachus pugnax) is quite a sight in early summer as his plumage is impressive for mating season. Other birds which can be spotted in the mires are the Wood Sandpiper (Tringa glareola) and the Short-eared Owl (Asio flammeus). Occasionally a Hen Harrier (Circus cyaneus) can be seen gliding above the mires. 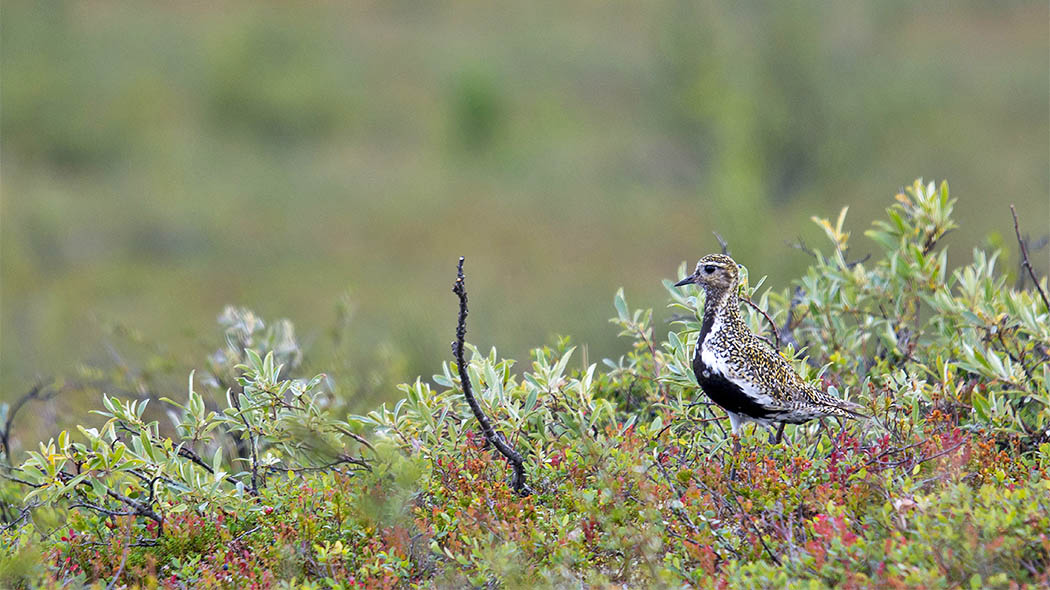 The two tetraonids which inhabit the wilderness area are the Willow Grouse (Lagopus lagopus) and the Western Capercaillie (Tetrao urogallus). There are also many waterbirds, such as the Black Scoter (Melanitta nigra), the White-winged Scoter (Melanitta fusca) and the Greater Scaup (Aythya marila), which nest in the area. With luck you may even spot the Smew (Mergus albellus), which has been called the most beautiful waterbird of Finland. Of the birds of prey the Merlin (Falco columbarius) is easy to distinguish, as it chases its prey with short sharp wing movements, as is the Golden Eagle (Aquila chrysaetos), which circles high in the sky.