It was a well-known scenic spot as early as the 1800s, when people used to climb to the top to admire the views to the west over Lake Konnevesi and to the east all the way to Lake Hankavesi. The most magnificent hill in the national park rises 211 metres above sea level and 77 metres above the adjacent Vuori-Kalaja pond. 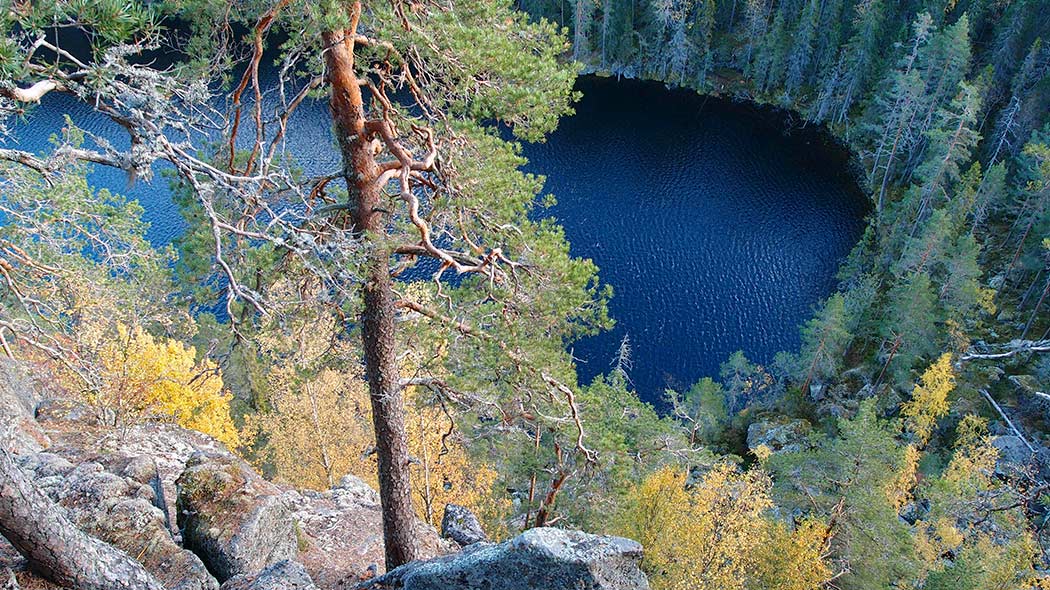 Kalajan kierros trail (4,6 km) leads you to Kalajanvuori Hill from the Kalaja parking area. In the old-growth forest on the southern slopes of Kalajanvuori hill, the trail is surrounded by giant aspen trees reaching towards the sky. By the Vuori-Kalaja pond, there is a campfire shelter and a campfire site.

A Memorial Tree on the Pohjois-Lanstu Island

Visitors to the island of Pohjois-Lanstu will encounter such memorial trees. In the 1800s, people travelled to church from Konnevesi to its parent parish of Rautalampi. Mid-way, travellers carrying the deceased towards burial stopped at the Lanstunsalmi straits, a location that is highly distinct from the rest of the environment, in order to carve the deceased's name and time of death on a tree trunk. The narrow straits marked a symbolic line between the land of the living and the afterworld. It was believed that if the dead returned to haunt the world of the living, they would see their names and a cross on the side of a pine tree and know that they should stop at the border. Almost all of the memorial trees fell during the Asta storm in 2010, but ten remain standing on the rocky shore of Pohjois-Lanstu island. The memorial tree bearing most carvings was transferred to the Konnevesi home district museum. 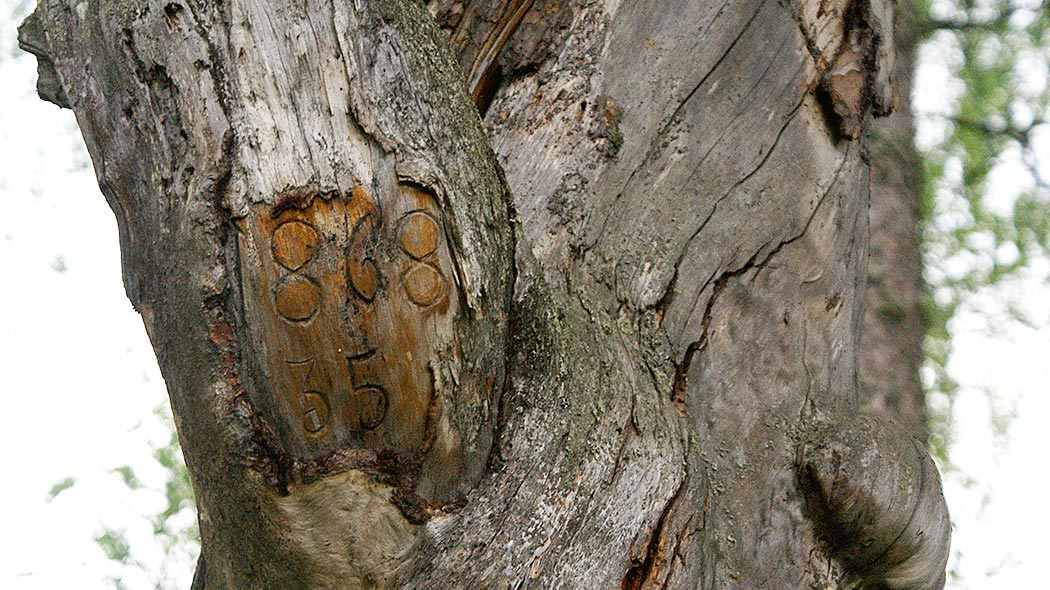 The Rock Painting on Toussunlinna Cliff

One of Northern Savo's rare rock paintings was discovered on the vertical cliff of Toussunlinna, by the shore of Lake Hankavesi in the southeastern part of the national park. This painting, which has been deciphered as that of a human figure and fragments of elk figures, can only be seen from the lake, either in a boat or on the ice in winter. The painting is underwater for part of the year. Please remember that rock paintings are protected under the Antiquities Act. 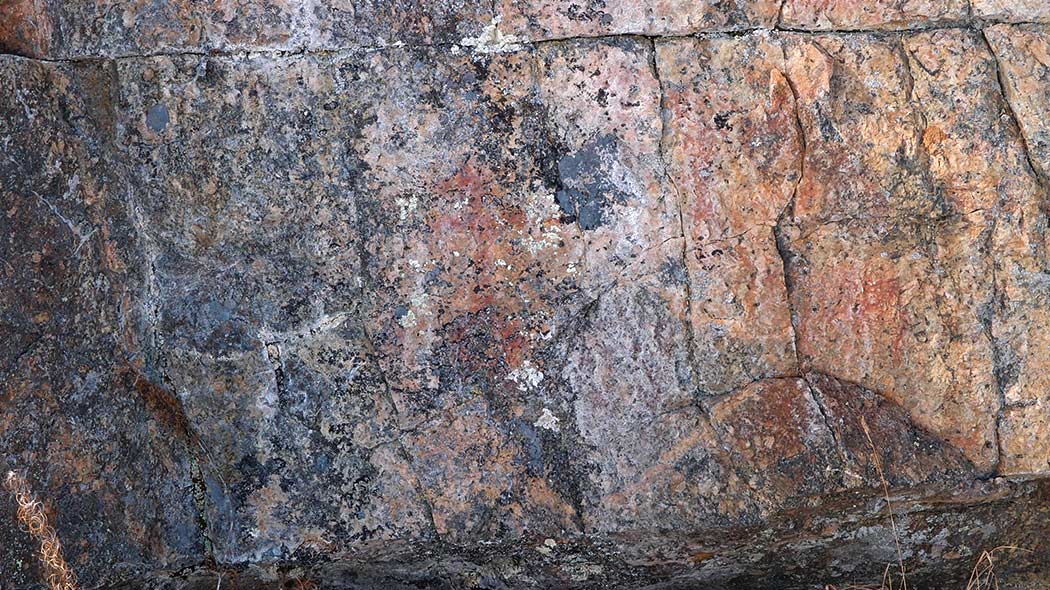 A beaming mountain spirit watches over the water from the rocky flanks of Käpynänvuori hill. Canoers and boaters can view the old fellow's contented grin from certain angles as they approach the hillside.

The rugged steep cliffs and rocks in the southeastern section of Southern Konnevesi greet water travellers with a breathtaking, inspiring sight. You can launch your boat or canoe into the water at Kalasatama in Hanhitaipale, Rautalampi. 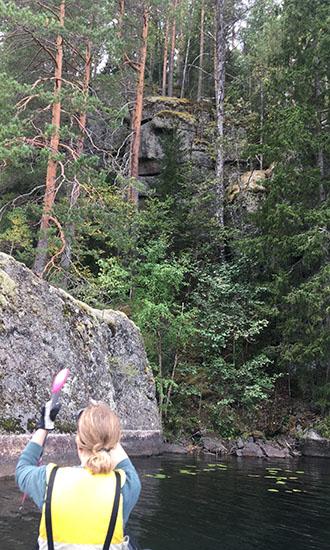 The Konnekoski rapids connecting Lake Hankavesi and Southern Konnevesi are located in the north-eastern part of the park. The rapids are 600 metres long, and the fall height is 70 cm. Konnekoski is a popular fishing area for lure fishermen. You can catch species like brown trout (Salmo trutta lacustris) and grayling (Thymallus thymallus) in the rapids. For more information on fishing permits, please visit the website of the municipality of Rautalampi (rautalampi.fi). Skilful canoeists also practice on the rapids. In the winter, the Konnekoski rapids offer food for numerous overwintering white-throated dippers (Cinclus cinclus). 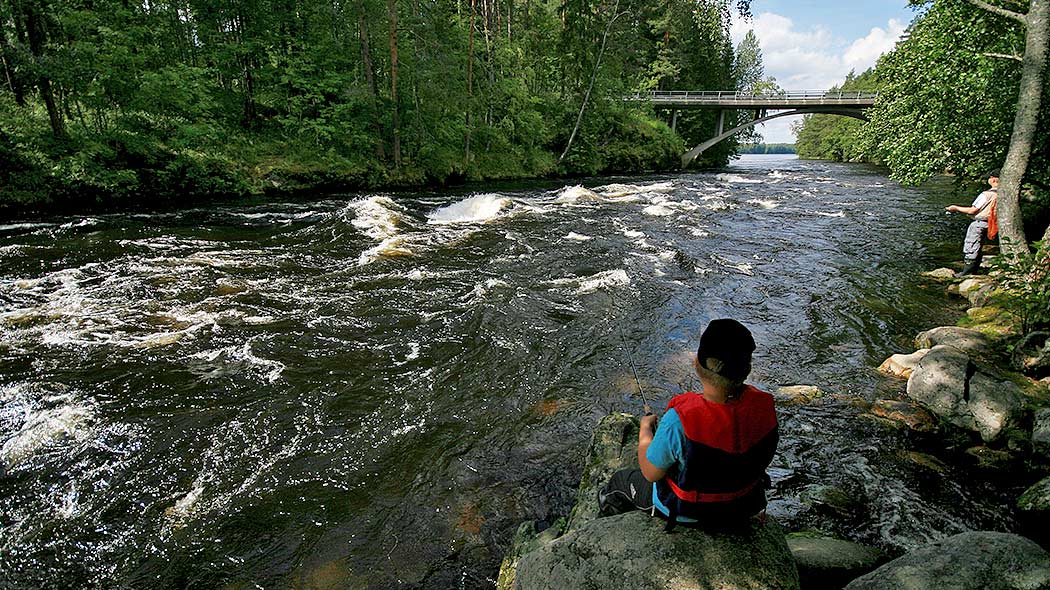 The rugged steep cliffs and rocks of the Kodanovinen islands in the south-eastern part of the lake greet water travellers with a breath-taking, inspiring sight. The area is most accessible by boat or canoe from the municipality of Rautalampi, from Kalasatama in Hanhitaipale. 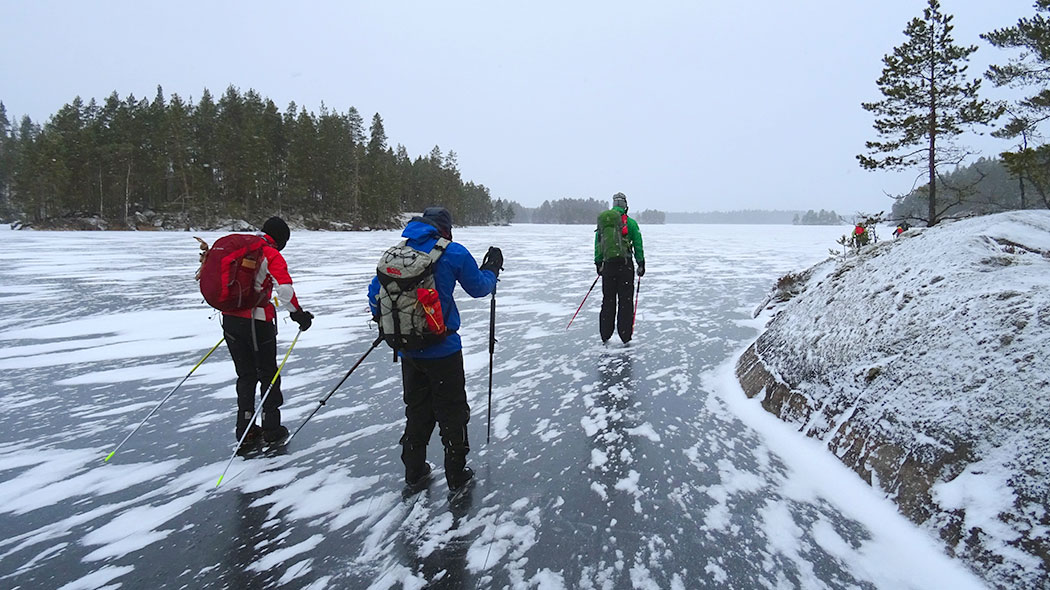