In the Sompio Strict Nature Reserve you will find, on a small scale, all the habitat types that are common to the Urho Kekkonen National Park. The bare fell tops and mountain birch areas of the Nattastunturit Fells are lined by thick candle-shaped spruces and by the fairly dry Riestonaapa aapa mire strips. The numerous fell ravines and Lake Sompiojärvi give variety to the reserve's landscape. 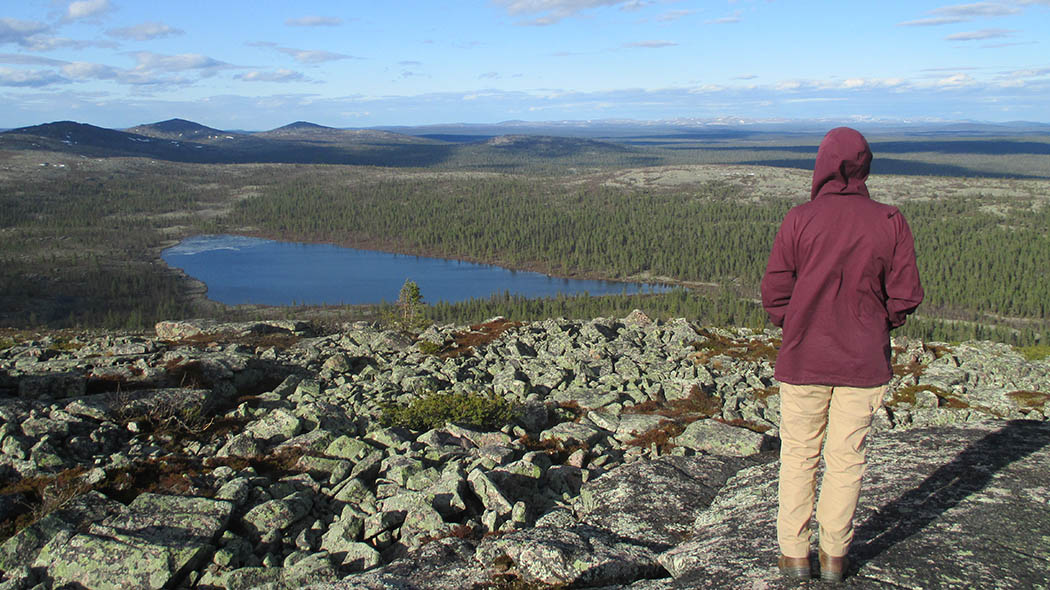 The Nattastunturit Fells make up the core and the most impressive part of the Sompio Strict Nature Reserve. They are formed by six fells that are located on a semicircular line: Pyhä-Nattanen, Seinätunturi, Serrikainen, Terävä-Nattanen, Lupukainen and Suku-Nattanen. The sharp peaks of the Nattastunturit Fells rise to a height of over 500 metres and are visible from a distance of tens of kilometres.

The Sompio Strict Nature Reserve is located on the boundaries of the vegetation zones of the Forest Lapland and the Peräpohjola region, so the reserve is home to species characteristic of both zones. Riestonaapa is a hollow aapa mire typical of the Forest Lapland. The lowest point of this aapa mire, i.e., the centre of the mire, is located at the core of the Sompio Strict Nature Reserve. The strings of hanging bogs intersecting the fells have thinner peat layers than in the mire's centre, so here and there, stony spots emerge from below the peat layer. 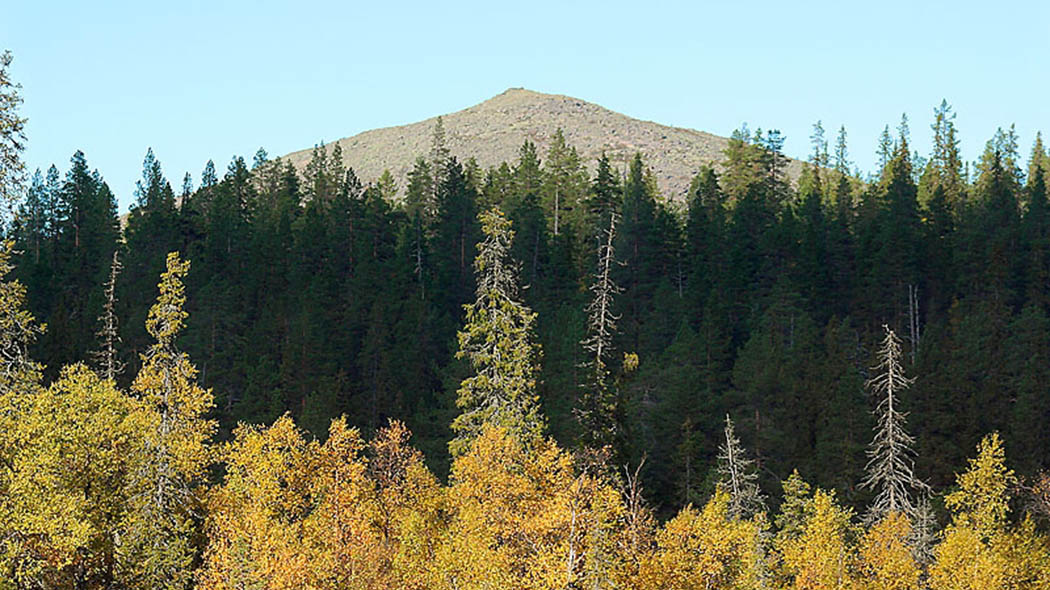 However, because of the barren and acidic soil and the particularly short growing season, the number of plant species in the Sompio Strict Nature Reserve is scarce. There is lusher vegetation on the shores of the murmuring brooks on the southern edge of the strict nature reserve. There are small fern spruce mires along the narrow brooks. The most moist habitats in Sompio are decorated by the colours of the dwarf cornel (Cornus suecica), the globe flower (Trollius europaeus) and the wood cranesbill (Geranium sylvaticum).

Small Mammals And Reindeer Amongst the Most Visible Species 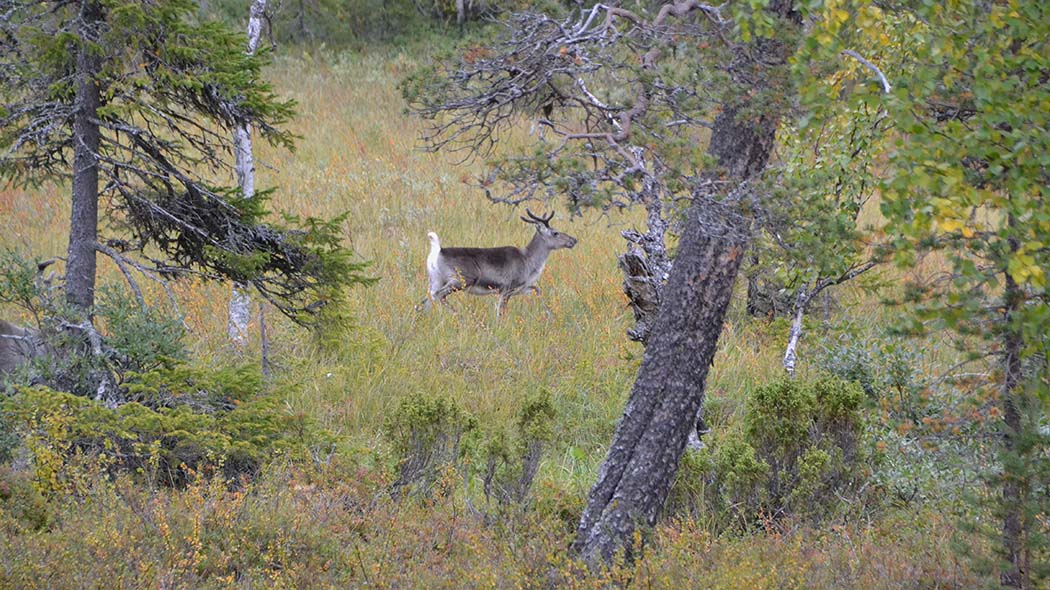 The squirrel (Sciurus vulgaris), which builds its nest on the upper branches of a candle-shaped spruce, is amongst the most numerous mammals in the strict nature reserve. Similarly, the fox (Vulpes vulpes), the mountain hare (Lepus timidus), the grey-sided vole (Clethrionomys rufocanus) and the red vole are amongst the most common small mammals in the area. As regards small carnivores, the least weasel (Mustela nivalis) and the stoat (Mustela erminea) live in the area and hunt small rodents and complement their diet, when necessary, with small birds and bird eggs. The most visible mammals in the area are the grazing reindeer (Rangifer tarandus).

A Hiding Place for Predators 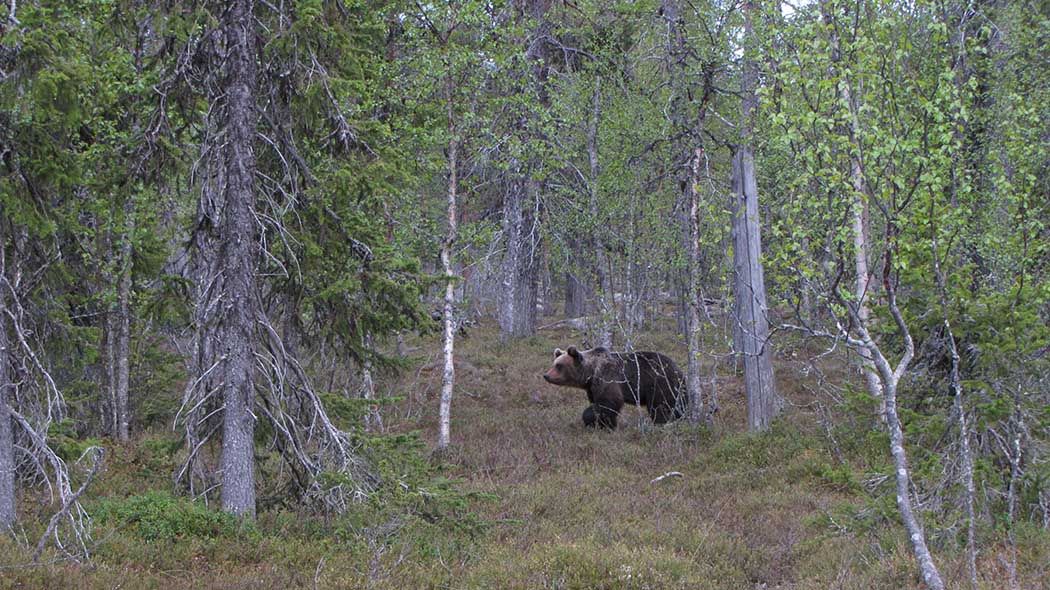 The craggy slopes offer good dens for the wolverine (Gulo gulo) and the pine marten (Martes martes). The pine marten thrives in large numbers in Sompio and is the most typical mammal in the strict nature reserve. The pine marten is at home in thick, shadowy coniferous forests and hunts land birds, squirrels and other small mammals at night. However, the wolverine, like the other large carnivores, is amongst the most threatened (very few in number) inhabitants in the reserve. In spring you can find wolverine tracks on the crusted snow in the Sompio Strict Nature Reserve. In addition, you may also occasionally see the tracks or faeces of a bear (Ursus arctos), a lynx (Lynx lynx) or a wolf (Canis lupus). 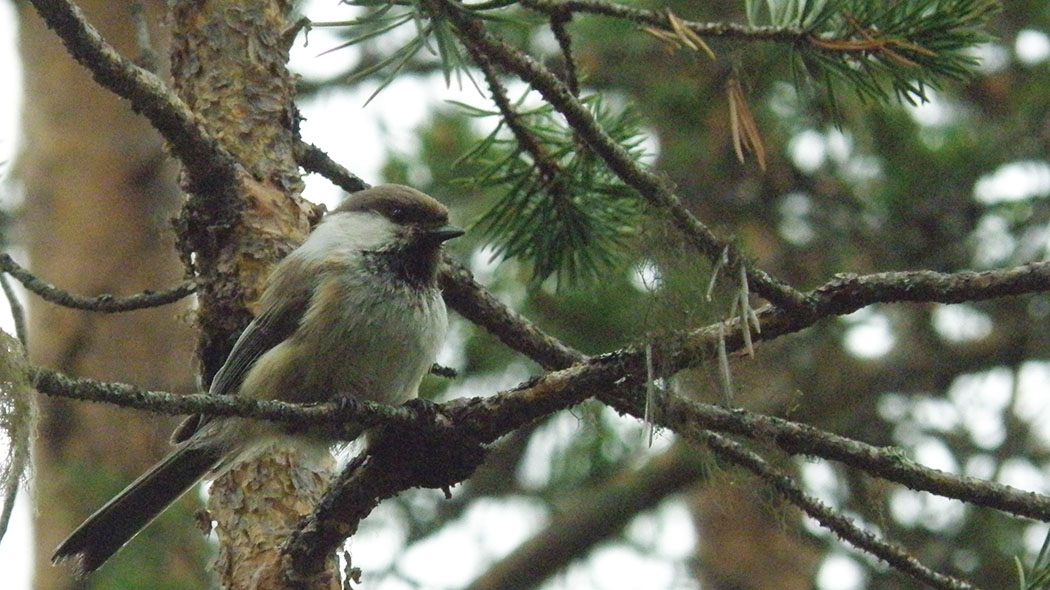 Lake Sompiojärvi and the surrounding mires are ideal habitats for the waterfowl and the waders. Many species of Calidrids, the golden plover (Pluvialis apricaria), the broad-billed sandpiper (Limicola falcinellus), the Scolopacidae and the Tringa come to the area in spring in order to nest there. Ducks, cranes (Grus grus), geese (Anser fabalis), divers (Gavia arctica) and swans (Cygnus cygnus) are also amongst the inhabitants of the area.

The abundant number of wader and duck species attracts birds of prey. As to birds of prey that hunt by day, you can even spot the white-tailed eagle (Haliaeetus albicilla) in addition to the rough-legged buzzard (Buteo lagopus), the osprey (Pandion haliaetus) and the golden eagle (Aquila chrysaetos). The Siberian jay (Perisoreus infaustus), the Siberian tit (Parus cinctus) and the three-toed woodpecker (Picoides tridactylus) thrive in the shelter of the spruce forests. They favour the old-growth forest as their habitat, whereas treeless, open fell areas are the home of the ptarmigan (Lagopus muta).