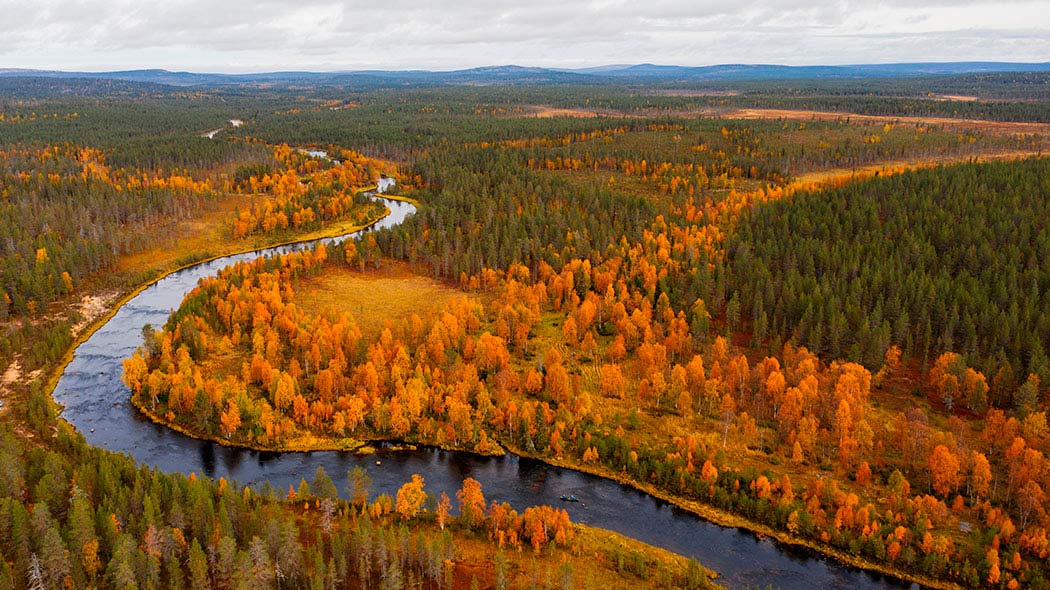 Kairijoki is a river in the wilderness. Kairijoki begins from Kokkoaapa mire at the foot of Kokkotunturi fell, a watershed south from Saariselkä fell area and Kemihaara Wilderness Area. From there the tributary river flows across fells and hills towards south east, and finally meets with river Kemijoki at 6 kilometres downstream from Ruuvaoja.

Grayling, whitefish and brown trout run up from river Kemijoki to river Kairijoki, and lured by them also fishers arrive to Kairijoki every summer. Kairijoki is also a river route favored by paddlers, with lean-to shelters and cooking areas along the shores. 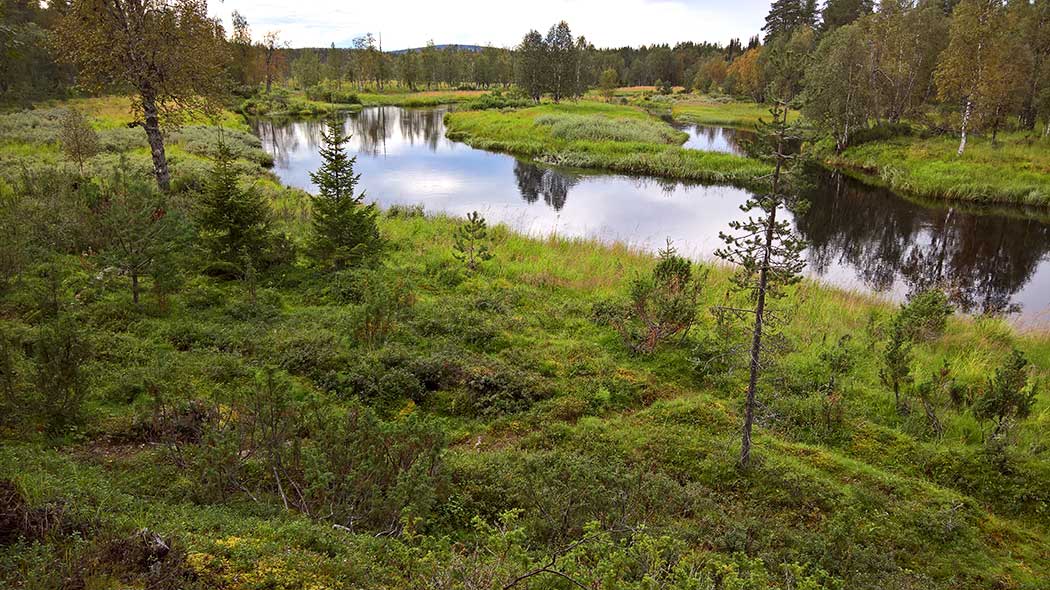 In Eastern Lapland the rivers have had an important role. They have offered food and served as the main routes, shortening the travel time from one village to another. Rivers have also influenced where people have settled to build homes. Kairijoki was used as a route towards river Luiro.

Hay was sown from the river shore hay meadows for reindeers and for other cattle. In Finland it was common to gather hay from wild meadows until the beginning of 20th century. Forest grazing of cattle was often used to save more hay from the meadows for the winter. In Lapland the tradition of sowing wild hay continued all the way to 1950s, as due to harsh climate conditions field cultivation was less beneficial.

The role of the river shore meadows was significant in feeding the cattle, and more meadow area was also cleared by cutting down willows and flooded forests. From the river shore meadows, it was easy to gather and transport hay also from a longer distance. The same family could have several remote meadows in use at the same time. During hay-making time people worked in the meadows for long days.

The war left its marks in Eastern Lapland

Kairijoki is a part of the war historical Seitajärven reitti, Seitajärvi route, which goes from Kuskoiva along fell Ahmatunturi, fell Sotatunturi and river Kairijoki to the village of Savukoski. In July 1944, the time of Continuation War between Finland and Soviet Union, the soviet partisans attacked in Seitajärvi village, killing 15 villagers and two soldiers. The Finnish soldiers that chased the partisans, Erillinen osasto Savukoski (ErOsSau), went along the Seitajärvi route. 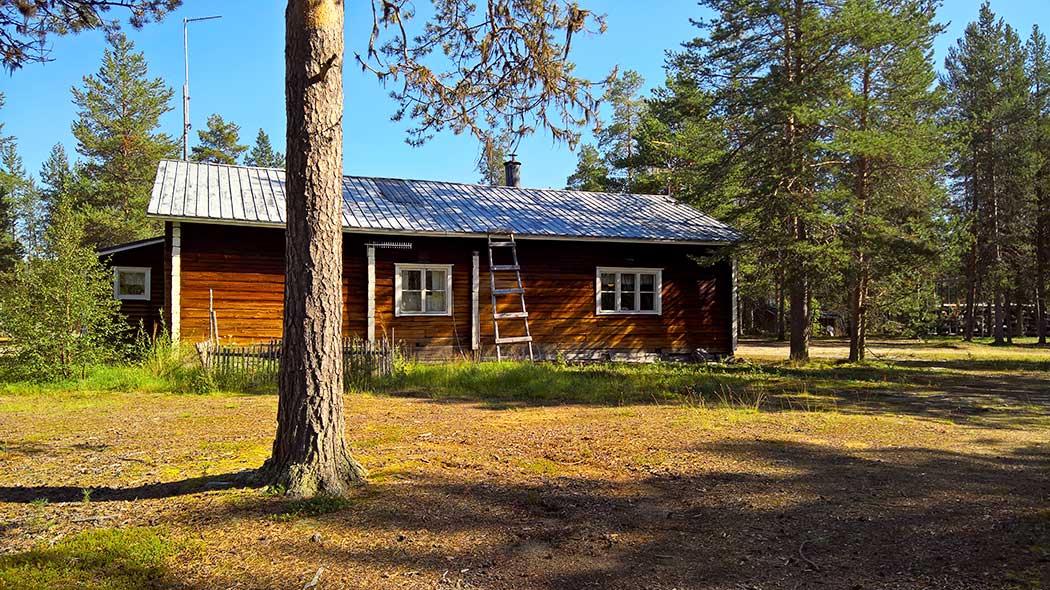 After the war lost, large areas of forests in Eastern Lapland had to be cut down to pay the war reparations to the Soviet Union. The timber was floated down the streams. Kairijoki is also a former timber-floating route. The river was restored in the beginning of 1990s. Along Kairijoki is also an old log cabin, that served the forest loggers. The cabin was moved to Kairijoki from another location and is nowadays operated by a nature tourism company.
You can read more about the Savukoski area war history from the tourism pages of Savukoski municipality (korvatunturi.fi).

A river of fishers through the decades

The river shores are easily accessed. In addition to fishers one may spot also mountainbikers and reindeers along the paths.

The Kairijoki nature offers a home to several common bird species, such as finch, common redpoll, and tree pipit. On the river shores one may hear the melancholic singing of willow warbler and common redstart, or the distinctive cooing melody of a song thrush.

The vegetation on the river shores is defined by the moisture and nutrients in the soil. The gently sloped shores are flushed by yearly floods. Common species in the area are for example the silver-greyish downy willow, fen bedstraw, meadowsweet, and different species of sedges and grasses, such as tufted hairgrass with its large tussocks, slim-stem small reed grass, northern bentgrass and slender tufted sedge.

From the forest dominated mineral lands one can pick bilberries, bog whortleberries and lingonberries. On the mires one can sense the aromatic scent of Labrador tea and admire the white wavy terrain of hare's-tail cottongrass in bloom.

The most beautiful flowers of Kairijoki are globeflower, which is also the province flower of Lapland, the majestic moor-king which may grow over one metre tall, and the delicately blue tall Jacob’s-ladder, which has benefitted especially from the traditional hay sowing practice of the flood meadows. Along the shore one may find also the large blooms of white grass of Parnassus. The Swedish name of the plant, slåtterblomma, comes from the hay-making tradition. 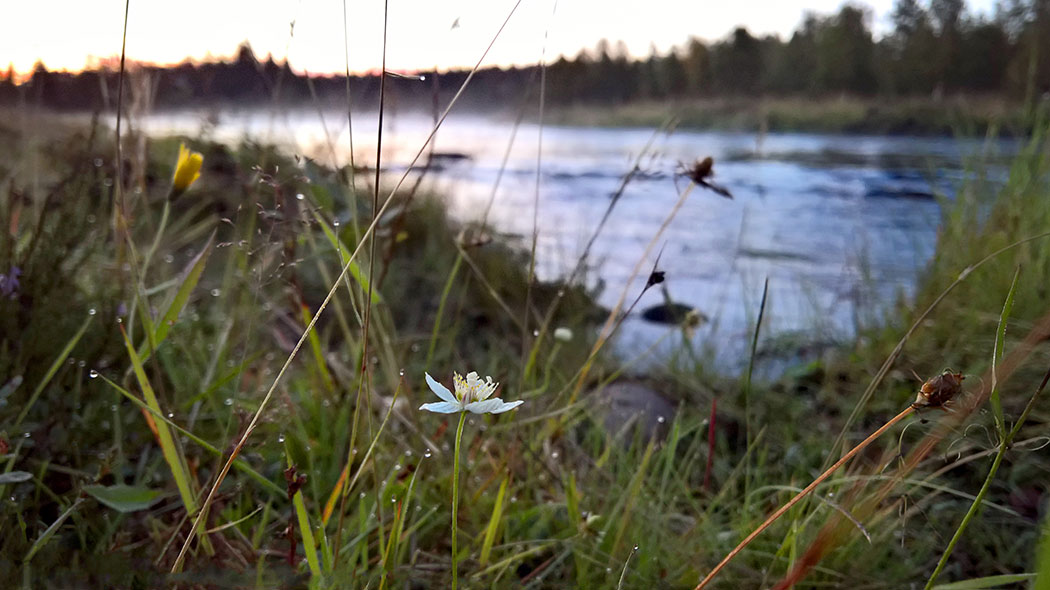 The river shores often grow with downy willows and juniper. Also dwarf birch and downy birch are common in the area, turning the river shores into soft golden shades in the time of autumn foliage. 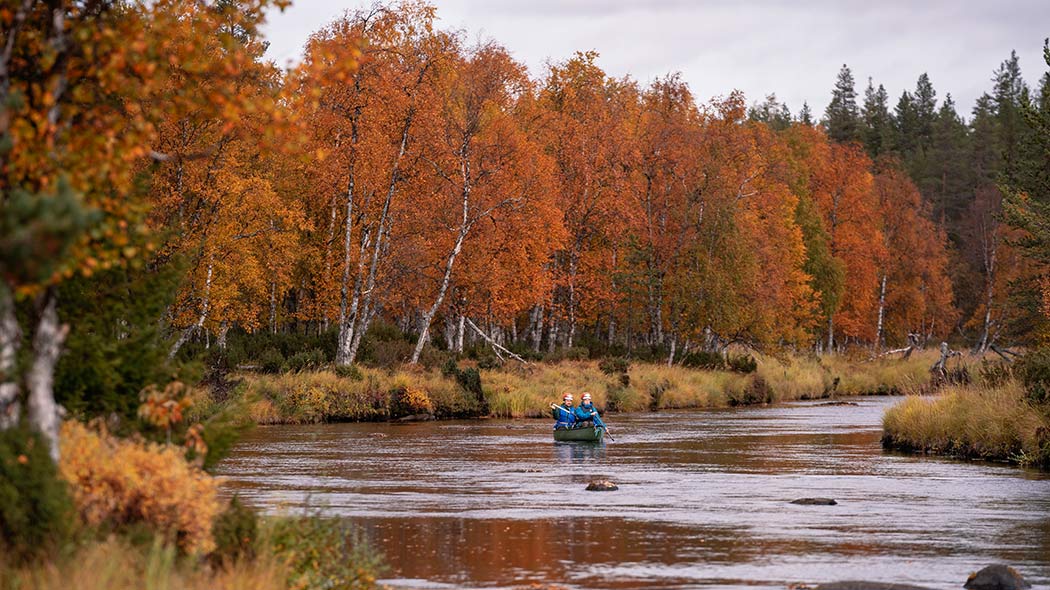 The Kairijoki area has a long history in forest industry, which is part of it also today. Kairijoki surroundings are forests of Metsähallitus Forestry Ltd.