Enjoy the peace and tranquillity of fell huts, with wilderness stretching as far as the eye can see. The area's natural beauty can be experienced on long treks in the park's extensive wilderness areas, or on shorter one-day hiking or skiing trips around Saariselkä Fells. The national parks' marked routes are situated aroud Saariselkä for daytrips and more demanding hiking areas are situated in the middel- and eastern parts of the national park for longer treks. 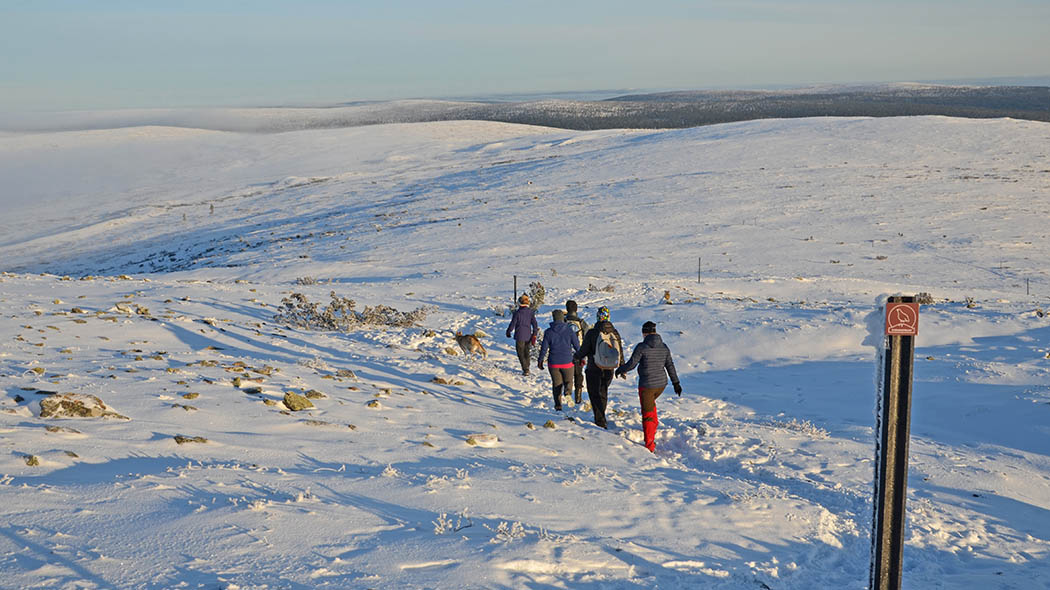 The extensive wilderness areas of Urho Kekkonen National Park can be explored on skis in winter and on foot in other times. Hiking outside marked trails requires wilderness and orienteering skills, and in winter the thick snow adds an additional layer of difficulty. A map and compass are necessary, since GPS devices are not always reliable in the remote wilderness. Nights can be spent at any of the many wilderness and reservation huts in the park, which are stocked with firewood. The huts are located about a day's journey apart from each other.

Although the routes are not marked, hikers have established trails in the park's most popular areas. Most of these trails are in terrain of average difficulty. One of the most popular unmarked routes is the Kiilopää–Suomuruoktu–Tuiskukuru–Luirojärvi–Lankojärvi–Kiilopää route (70–80 km). 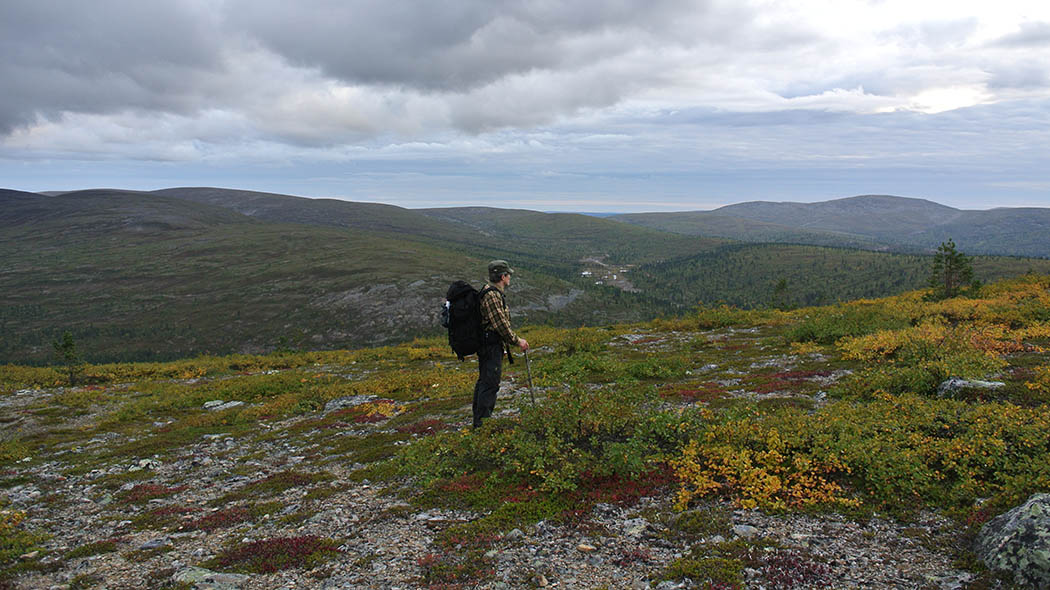 Skiers can make day trips within a maintained ski trail network in the vicinity of Saariselkä, Kiilopää, and Kakslauttanen. The total length of maintained ski trails in the area is 200 km, of which 70 km is located in Urho Kekkonen National Park's recreational and nature tourism zone. The length of the ski network varies depending on snowfall level. Snowfall is thickest in the early spring.

The network includes ski trails of various levels of difficulty to amateur skiers and serious skiing enthusiasts. Most of the ski trails are suited for both classic and skating styles. There are day trip huts and lean-tos along the routes, and these are stocked with firewood for snack breaks. 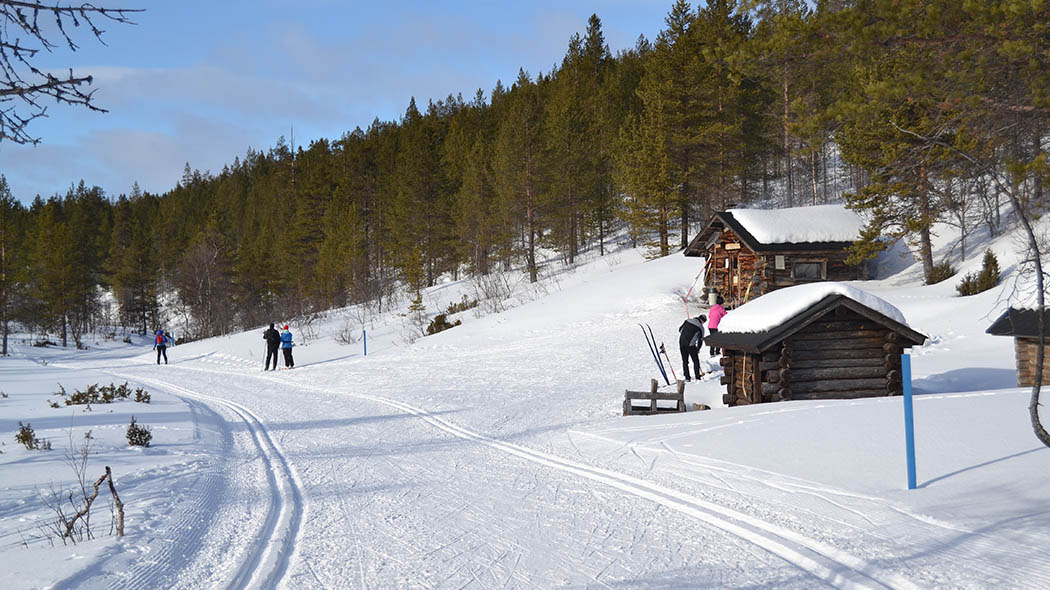 The wilderness in Urho Kekkonen National Park can also be enjoyed by hiking along marked routes. The marked hiking network (200 km) in the Saariselkä, Kiilopää, and Kakslauttanen area is good for day trips. Of the network, 70 km is located in Urho Kekkonen National Park's recreational and nature tourism zone. Visitors can pause to rest at day trip huts and lean-tos stocked with firewood along the hiking trails. The difficulty level of the trails varies. Trails that are suitable for everyone regardless of age or level of fitness (1-7 km) are equipped with information boards that introduce local nature and culture. Nature trails are located next to Saariselkä, Kiilopää, and Tankavaara. In winter, nature trails are suitable for snowshoeing. 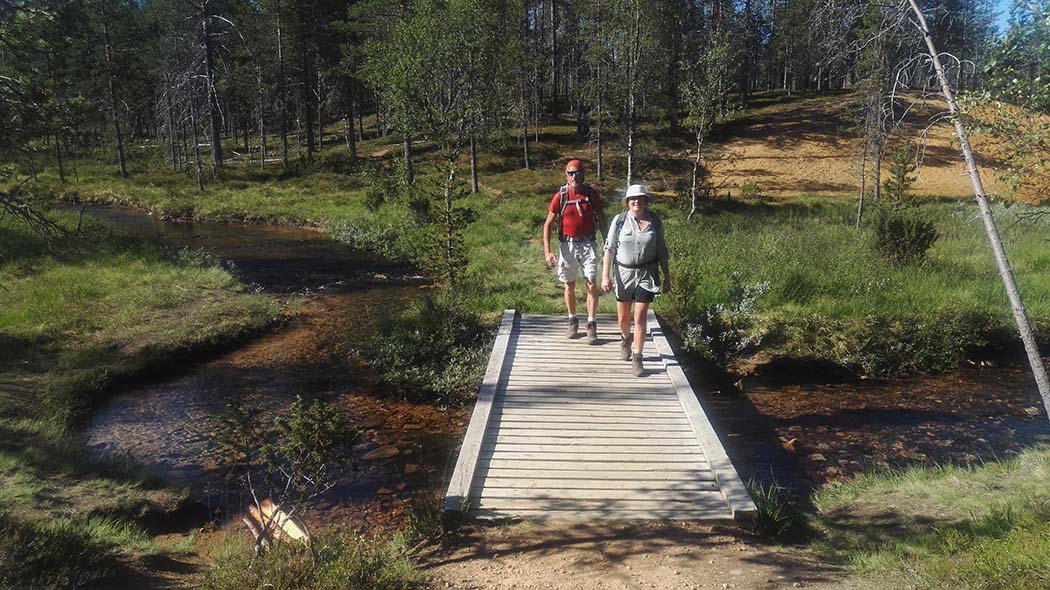 Marked routes suitable for longer hikes that take several days include the Kemihaara–Korvatunturinmurusta Hiking Trail that leads towards Korvatunturi (18 km one way), Nuortti Hiking Trail that follows the Nuorttijoki canyon (a 40 km circular trail), and historical Ruijanpolku Trail (35 km one way) that passes through the Sompio Strict Nature Reserve in the south. There are wilderness huts, lean-tos, and campfire sites along the trails. The Kemihaara–Korvatunturinmurusta trail is of average difficulty, whereas the Nuortti and Ruijanpolku Trails are more demanding. 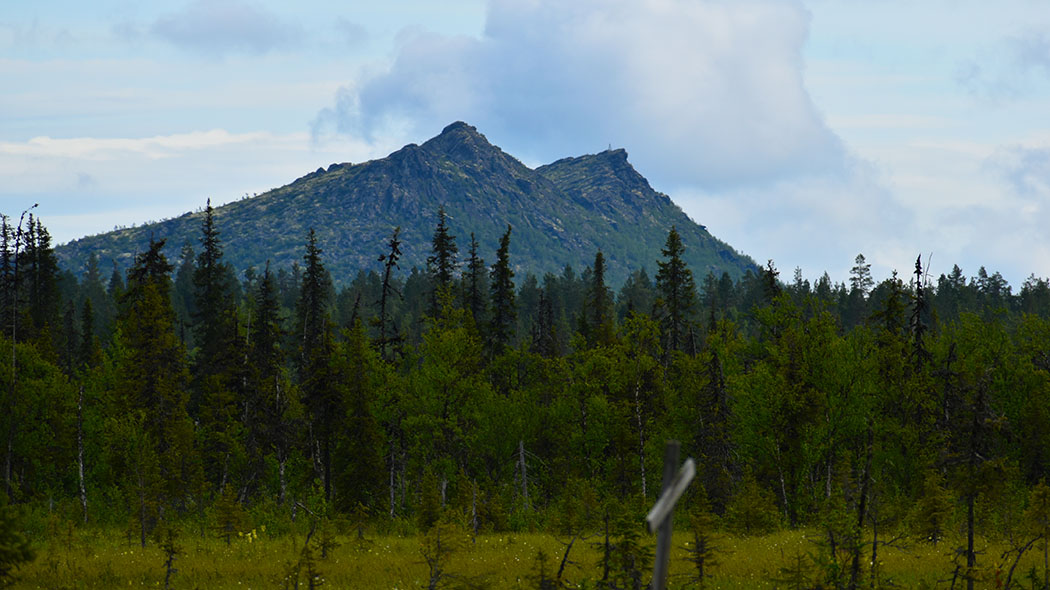 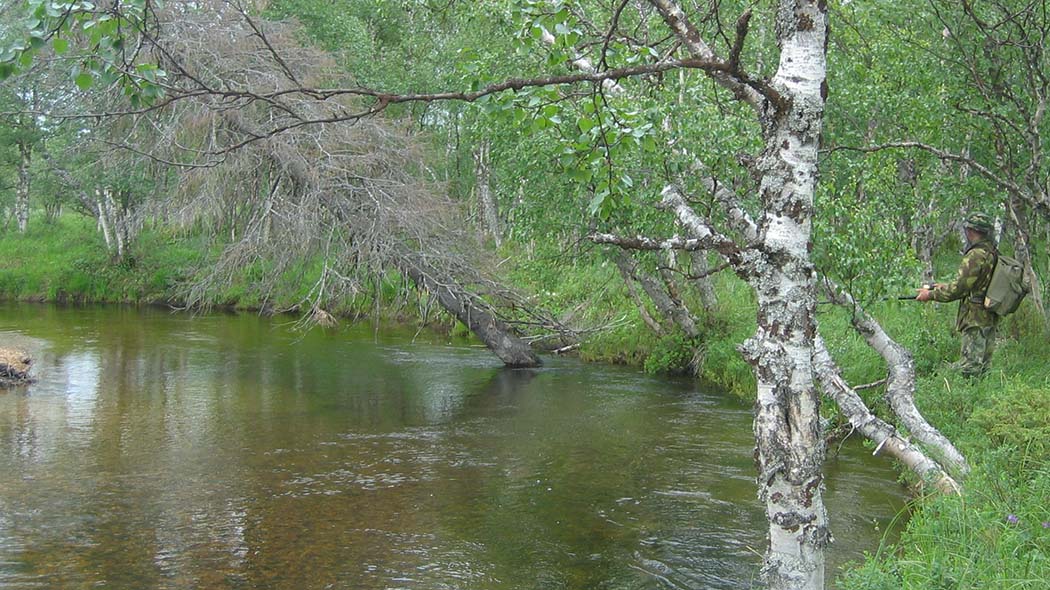 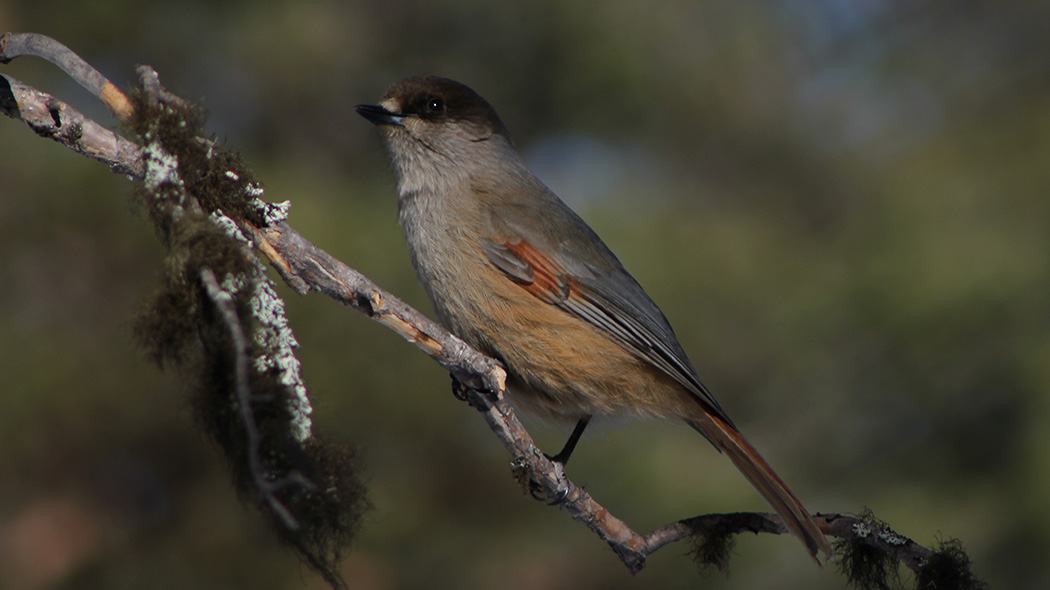 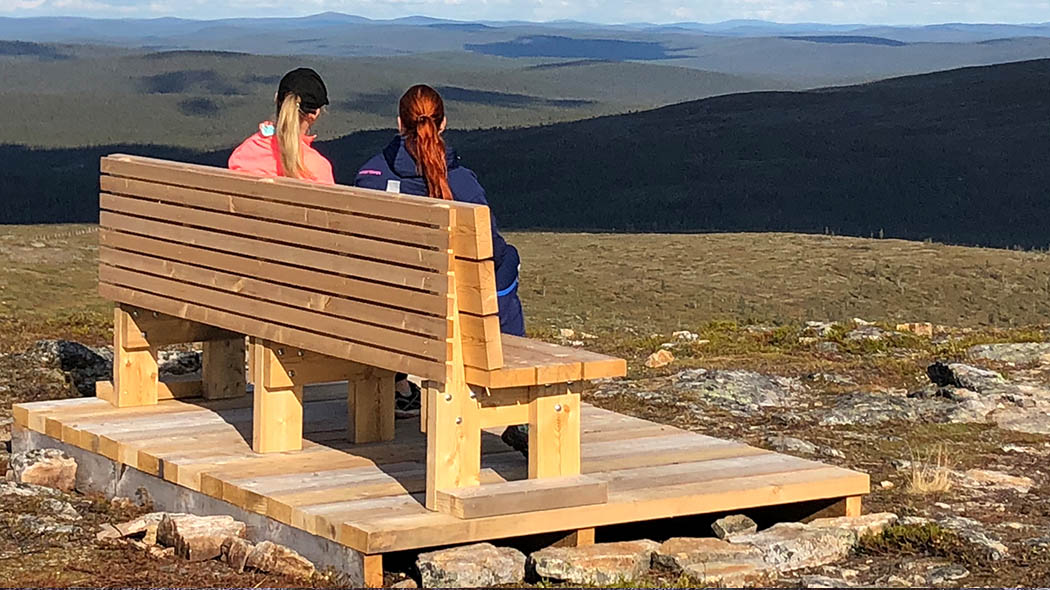 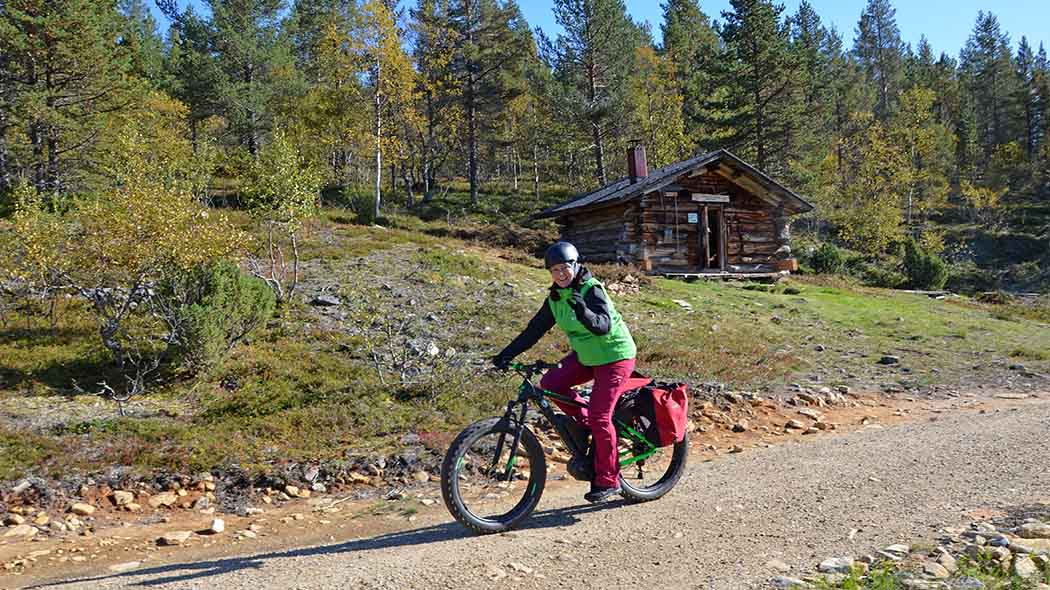