The signs of the earliest settlements in the Saimaa region predating the Ice Age were washed away by the rising of the water in the Great Saimaa lake system. Several comb ceramic-period settlements and random findings reveal that the area used to be quite densely inhabited in the Stone Age. Settlements from this period have been found near today's Kolovesi National Park.  However, the park's rough and rocky lake shores and steep cliffs did not attract the Stone Age wanderers to settle here permanently. There were probably various hunting and fishing camps in the area, but no signs were left behind in the ancient rocky lakesides.

The historic early settlement in Kolovesi is assumed to have started as early as the Iron Age some 1300 AD in the form of hunting. Agriculture was already on its way to becoming the main livelihood, but the bounties of the wilderness provided additional food, and even wealth.

Escaping the Crowds to the Wider Waters of Kolovesi 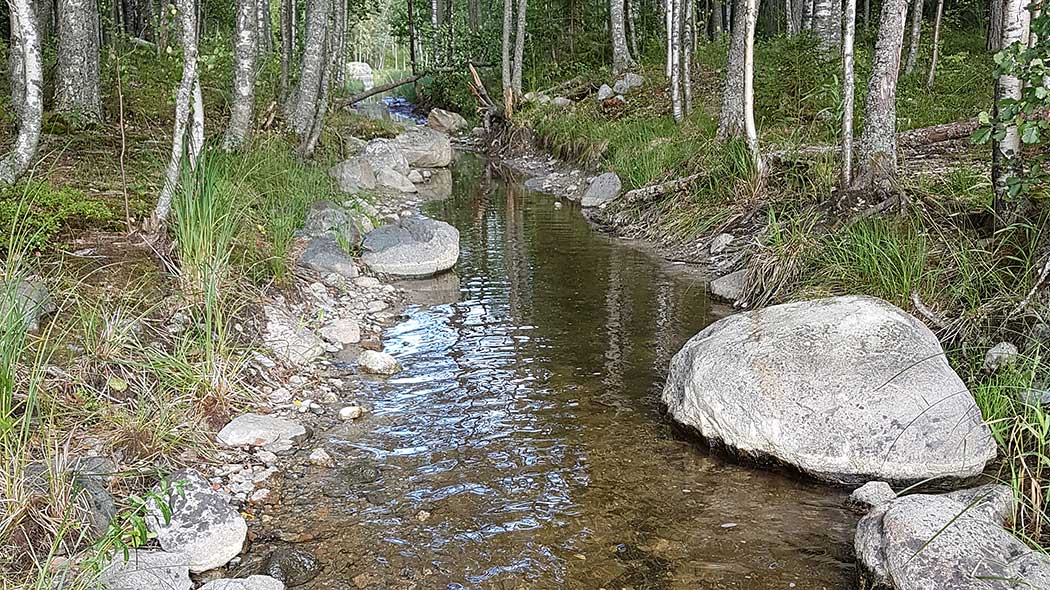 As the more fertile lands were becoming too crowded, people turned towards the rocky lakeside of Kolovesi.  Hunting served as the trailblazer for settlement. Bountiful fishing waters and lands that could be cleared for cultivation were charted, and when it got too crowded in the old settlements, people moved away to become pioneers in the familiar wilds.

Good means of communication – i.e., waterways – were a prerequisite for getting around. Fully loaded boats were easier to take to the settlements by following the currents. The bountiful fishing waters of the Kolovesi area were also located along these routes.

Place Names Tell Stories of Wanderers from Near and Far

The place names of Kolovesi and the surrounding area suggest that there has also been Lapp settlement in the region. In addition to the names ending with -taival and -taipale, which indicate hunting expeditions from the Savo region, there is a strong occurrence of names beginning with lappi- in the eastern and north-eastern parts of the national park.

This does not necessarily suggest that there have been Sámi settlers in the area, but the names may be related to a lifestyle based on hunting and a certain annual migration cycle. The Swedish language includes an old saying, "leva som lapp," meaning to live like a Lapp, which referred to a migrating lifestyle. Whether these Lapps spoke Sámi or not, they gradually moved away to make room for the slashing and burning of the land, and a partial integration with the majority population took place over the centuries. According to literary sources, the last Lapps left the region between 1652 and 1664. We are eagerly awaiting updates in the research on the origins of the region's settlement!

Loggers' buildings on Land and Water

Signs of the later history at Kolovesi are the tar-burning pit and loggers' cabin at Mäntysalonkämppä, built in 1940. The cabin was last used by loggers in 1972. In the 1950s, there has been several floating cabins, which were anchored close to the logging sites. Shelters for horses and tools, and toilets were also built near the anchoring place. 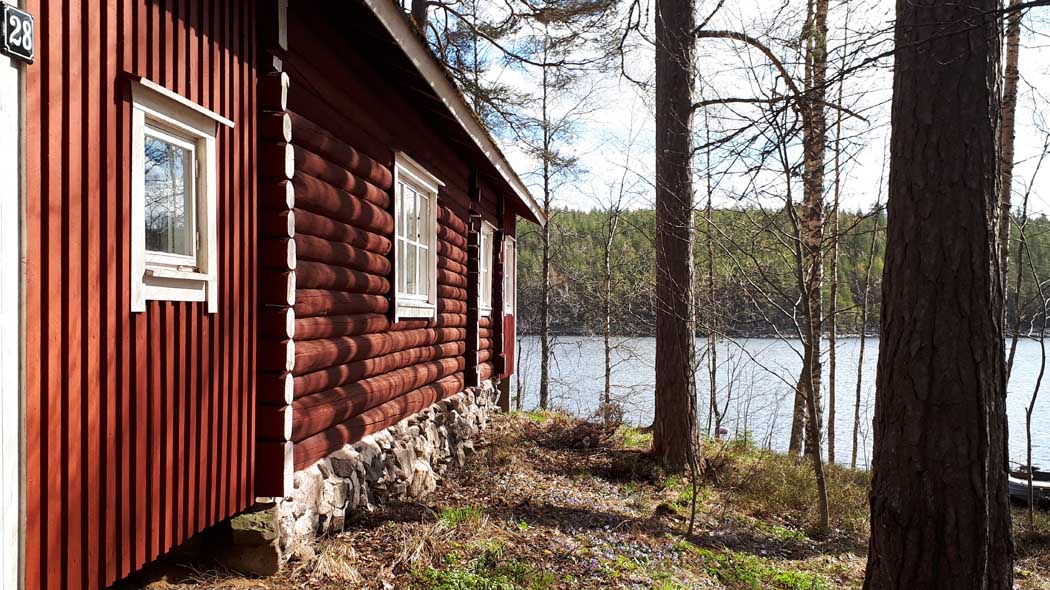 Old places for letting off the logs are Selkälahti Bay and Kirkkoranta, which is still occasionally used by Finnish Lakeland Floating Association. In the water, the logs were gathered into bundles, which formed even a kilometre log rafts behind the tugboats.

Prisoners of War at the Logging Sites

At Kolovesi large logging was in process in 1942 - 44, and Metsähallitus hired Russian prisoners of war from a prison camp to work in the forest. The guarded prisoners chopped wood in the forests of remote islands for the needs of the state in the war. The prisoners also lifted up pitchy stumps, and surveyed Aspens (Populus tremula) for the manufacture of matches. They drilled samples of the Aspens, and the ones that were suitable and in good condition were felled.

At most there were 200 hired prisoners working at Kolovesi. Three barracks and a sauna were built for them, but demolished after they had left. Strict rationing made the life pretty hard in the forest. The prisoners of war had a lasting impact on the food culture in Enonkoski Municipality: the local people followed their example and started picking and eating different boleti (Boletus).