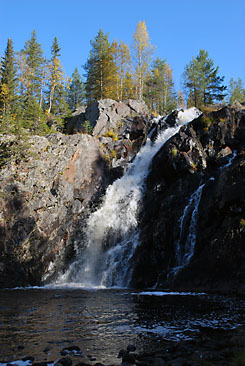 One of the Finland's highest natural waterfalls, fall measures 24 metres in height.

The Hepoköngäs waterfall changes its form in different seasons. During spring 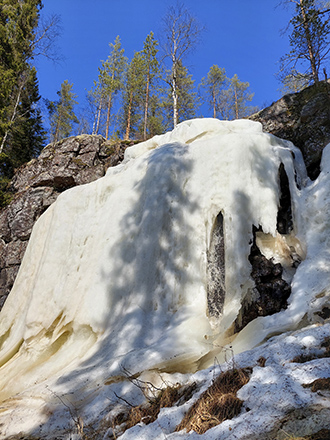 and early summer the river swells and humidity caused by the waterfall can moisten the watcher's clothes. In late summer, during a dry season, the river flows like a small brook. In winter the waterfall sometimes hides under a thick layer of ice and snow.

Hepoköngäs Waterfall has in the past been a popular place for locals to gather during mid-Summer. Today people gather at the falls mainly in spring when there is a lot of water running down the steep rocks. Another popular visiting time is on Finland's Independence Day at which time the waterfall is illuminated.

"Hepo" is one of the Finnish nicknames for a horse. A horse could be an initiator for the waterfall's name: the fall is like a horse tail, and by the fall there is a rock, which reminds a horse head. 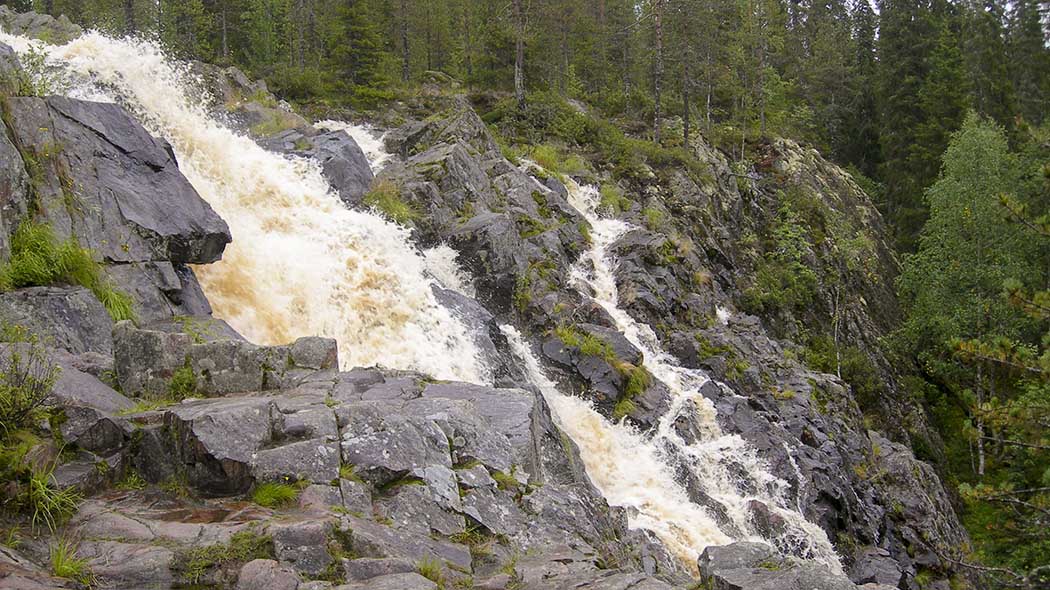 In the early 1900s log floating was practiced along the River Heinijoki, which flows through the Hepoköngäs area. In the rocky and winding river wood broke and splintered and log floating was not profitable. Log floating ended here in 1941.

In the 1960's there were discussions of building an artificial pool over the fall and build a power station. Luckily, these plans were not implemented and the fall can still run free.

Hepököngäs is not the highest natural waterfall in Finland. The highest is Korkeakoski Falls at Maaninka in Eastern Finland. Its total drop measures 46 metres. 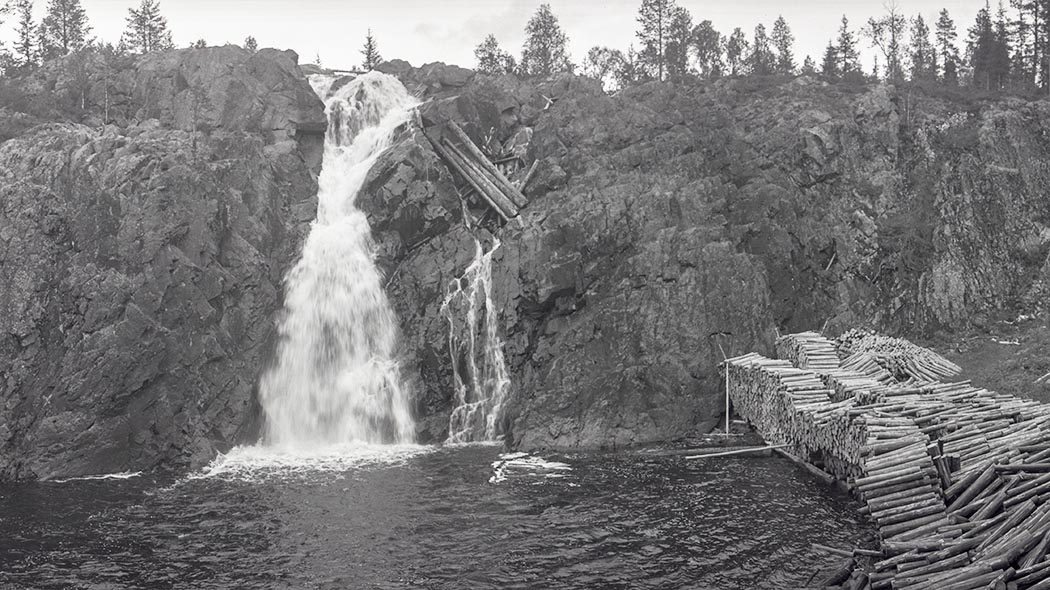