Siikalahti has been a bird wetland for only a short time. The bird paradise was born after the surface of Lake Simpelejärvi was dropped on two occasions. From 1830 to 1833 and from 1939 to 1943 the surface was purposely lowered by 3 metres. 56 sq. km of the former lake bed was then used as farmland. There is about 100 hectares of open water at present, but in the 1940s the water area was four times greater. The drained area started to attract wetland birds such as the Great bittern (Botaurus stellaris). Draining and drying the entire wetland was considered still in the 1970s. In 1982, however, the area was accepted into the national bird waters protection program. The government acquired the area in the mid 1980s.

This shallow, lush bay of Lake Simpelejärvi is naturally overgrowing. This has been caused by the shallowness of the bay, the surface of the lake being dropped, the waste water which was dumped into the bay in the 1960s and 70s and nutrients which have seeped into the bay from surrounding farm fields. Ditches dug at the south end and west shore of the bay during the mid 1980s impaired living conditions for birds permanently. Restoration of the wetland began at the end of the 1980s. An embankment and a dam were built around the south part of the bay. The flues around the dam pump runoff waters into the bay. The embankment and dam has made it possible for the surface of the southern portion of the bay to be 40 cm higher than the rest of Lake Simpelejärvi. 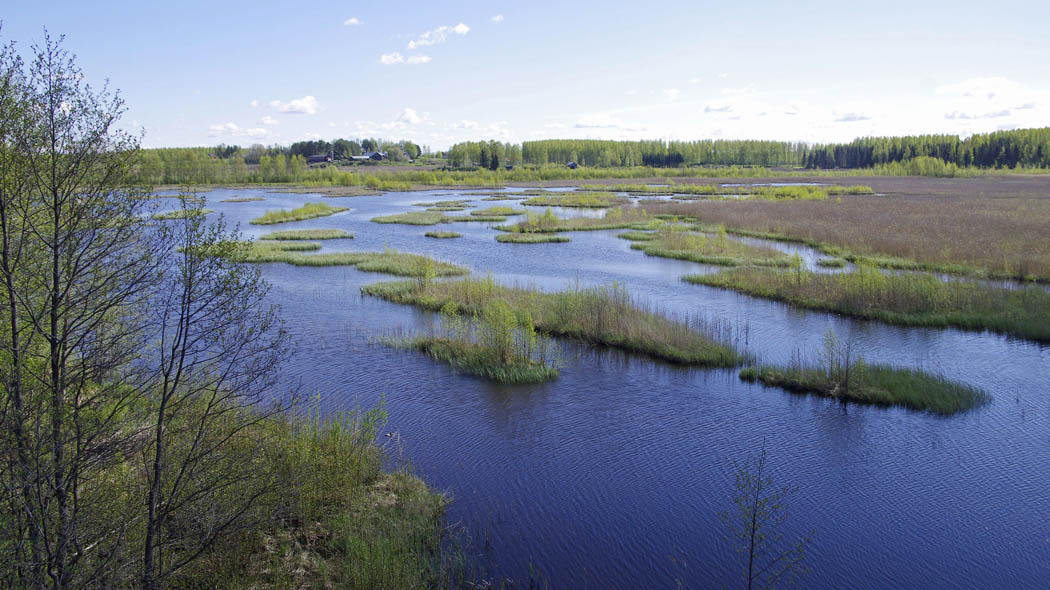 A certain phase when the wetland is overgrown makes it the ideal habitat for wetland birds, so Siikalahti requires care and management constantly. During the Siikalahti Life -Project 2001 - 2003 willows, which had over run shore meadows, were removed from a 62 hectare and open water area was increased by removing vegetation from a 47 hectare area. The area was restored and repaired in many ways during the Siikalahti Life project .

There is a long tradition of monitoring the bird population at Siikalahti. A register of the area's birds has been kept updated since the late 1940s. The species and individuals have been counted nearly every year since the late 1960s and are therefore comparable. This is a record in Finland as no other area has lists from such a long period. Studies have also been carried out to find out the effect of ditching, changes on shores and different types of management have on the bird population.

During the time that birds have been registered on sighting lists about twenty news species have started to nest at Siikalahti. Only a few species have disappeared from the area during this time. The changes in bird population are due to open waters becoming overgrown by vegetation, shore meadows becoming larger and new shrubs taking over the area. Bird species have changed cyclically in the whole of southern Finland and this too has played a part. Other things that are monitored closely in the area are changes in vegetation and the quality of the area's waters.