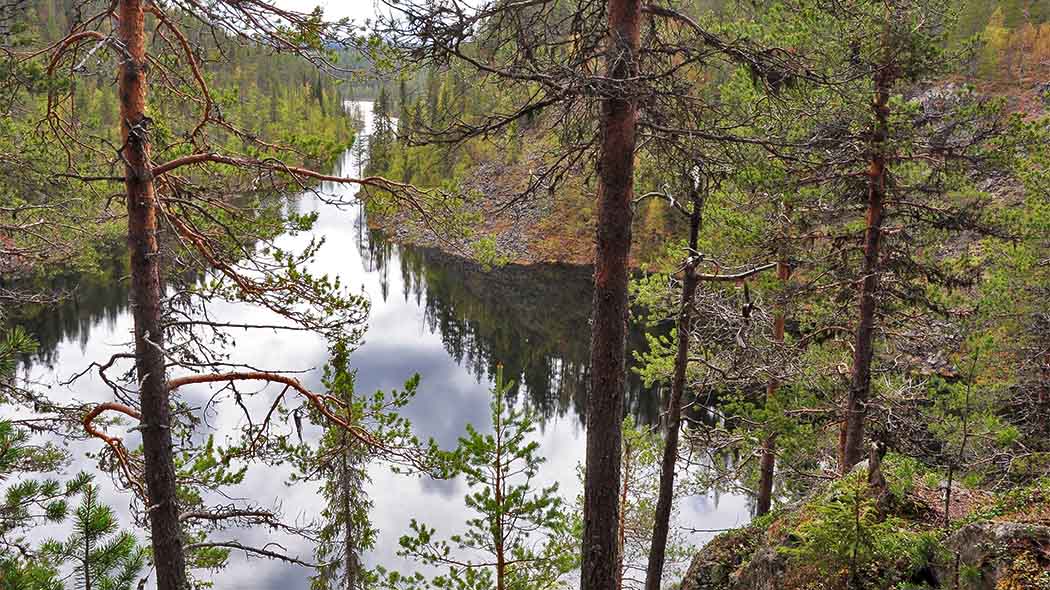 Deep and clear fell lakes and ponds like Pakasaivo are typical of Western Lapland. The water of the saivo lakes is often supplied by springs, and there are no streams running to or from the lakes. The water of Pakasaivo does not follow the normal annual lake cycle - the bottom and surface waters never mix with each other. At a depth of roughly 12.5 metres into the lake, there is a so-called thermocline - the water below this level has a very low oxygen content and a higher than normal hydrogen sulphide content. Any objects that have ended up in the hydrogen sulphide water over thousands of years may have been preserved virtually unchanged.

According to legend, a mighty giant fish also lived in saivo lakes and sometimes appeared to people, as did the elves. Especially if one were to "start making a ruckus or showing off on a saivo lake, he would soon regret it. -- But to those fishermen who revered and blessed the water, the ugly water spirits would never show themselves or do anything untoward. -- The water must always be hallowed and appreciated; it may not be cursed or toyed with, and one must not whistle while out on the lake." (Samuli Paulaharju in Lapin muisteluksia, 1922.)