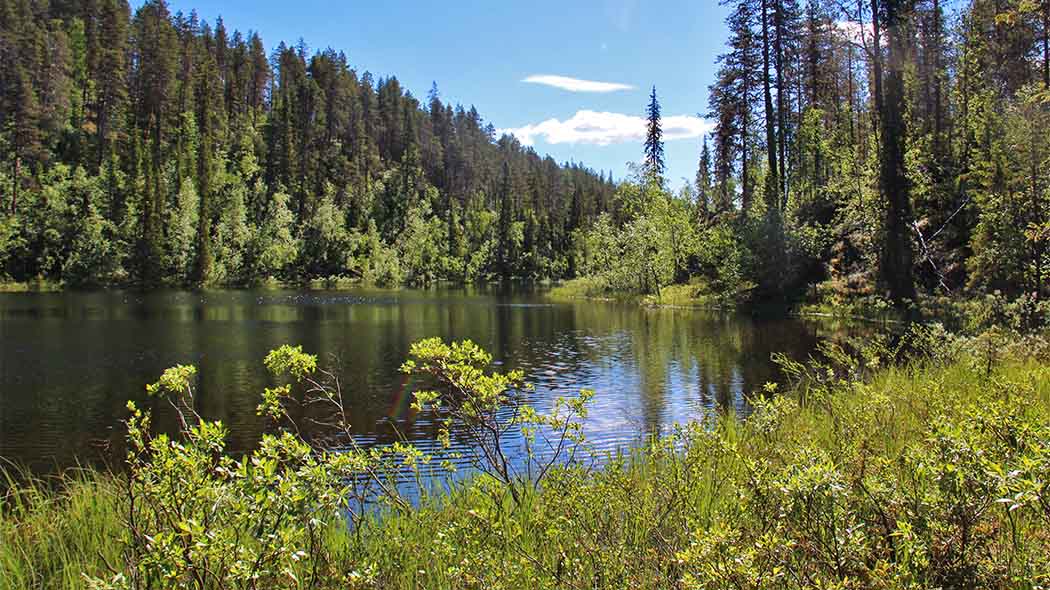 This is the web page nationalparks.fi/akassaivoandseitapahta

The ancient Sámi holy places of Äkässaivo, a steep-walled ravine lake, and the massive seida rock on its shores are located in the immediate vicinity of the Pallas-Yllästunturi National Park in Muonio. You can visit them by hiking along the Saivonkierros Nature Trail that descibes the nature and history of the area.

Äkässaivo, a rocky canyon worn by glacial rivers, and the seida rock beside it are located by the Äkäsjoki River roughly ten kilometres north of Äkäslompolo. The massive bulk of the Seitapahta seida rock, also known as Kirkkopahta, takes visitors by surprise: the rock is ten metres wide and 30 metres high at its highest point. The Äkässaivo saivo lake and the seida rock form an ancient Sámi place of worship and sacrifice. The folklorist Samuli Paulaharju considered Äkässaivo an even more imposing saivo lake than Pakasaivo, stating that "not everyone dares to go behold it; at least not those who are faint of heart, for the ravine lake is overlooked by towering rocky walls. To one side there is the soaring Kirkkopahta, to the other the terrible Hammaspahta, and between the proud rocky walls runs a narrow pathway from the saivo to Äkäsjoki River." (Lapin muisteluksia ["Memoirs from Lapland"], 1922) 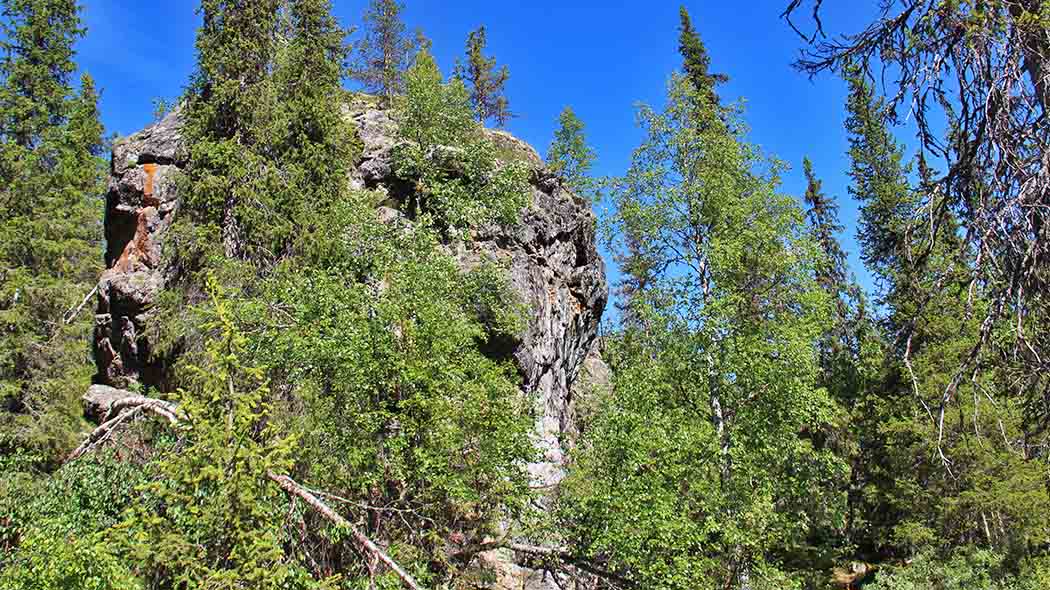 Äkässaivo Is a Saivo Lake

Deep and clear fell lakes and ponds like Äkässaivo are typical of Western Lapland. The water in these saivo lakes is often supplied by springs, and there are no streams running to or from the lakes. The peculiar saivos have been the stuff of beliefs and legends, including stories of elfin creatures and the upside-down world of the saivo people. Saivo lakes were thought to have two bottoms, with the fish sometimes disappearing into the lower waters.

"The water of the saivo [Äkässaivo] is so clear that one can see the fish so far in the depths that it would be impossible to catch them even with the longest tool. No one knows how deep the saivo is, nor would a soul dare try to measure it. The now deceased Heikki from Äkäslompolo once tried to measure it and counted many a fathom of rope but did not reach the bottom. An elf then came to say to Heikki, "If you come again to measure the lake, you will go down with your rope." (Samuli Paulaharju in Lapin muisteluksia, 1922)

The Äkässaivo relic area is amongst the nationally significant cultural environments in Finland. The area is a protected forest established by Metsähallitus. Visitors should follow marked routes in the area. It is forbidden to climb up the rock formations. The relics are protected under the Antiquities Act (finlex.fi, in finnish), and damaging them is forbidden. There are other well-known Sámi holy places in the nearby areas as well - for example, Pakasaivo and the Kirkkopahta seida rock. 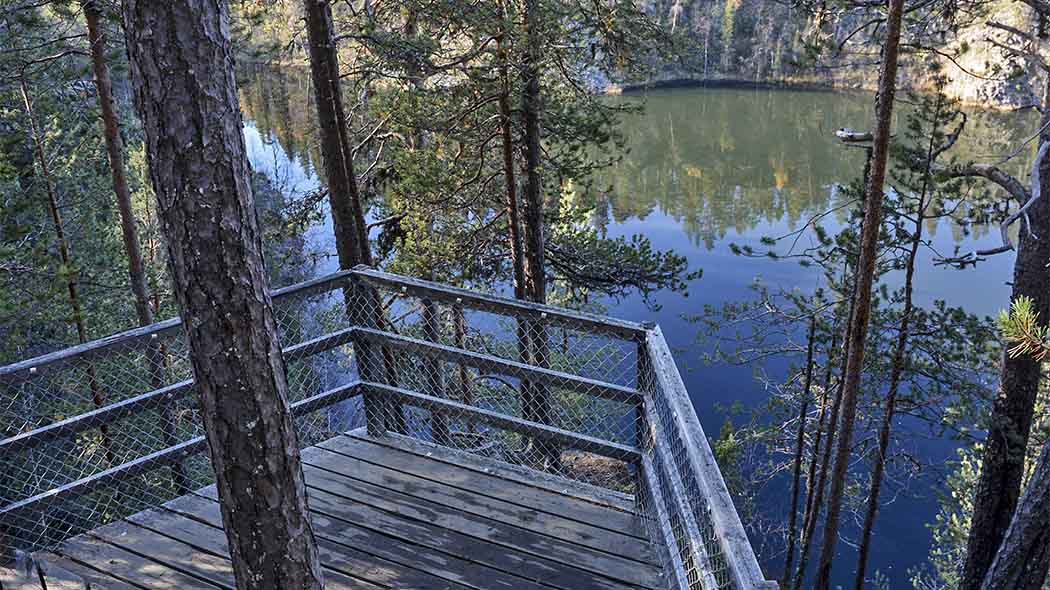 Äkässaivo and the seida rock can be visited freely year-round. In summer, the area has a nature trail, Saivonkierros. In winter, you can stop by the destination from the Äkäslompolo-Peurakaltio skiing trail. There are no personnel in the area.

More information is available at the Yllästunturi Visitor Centre Kellokas. 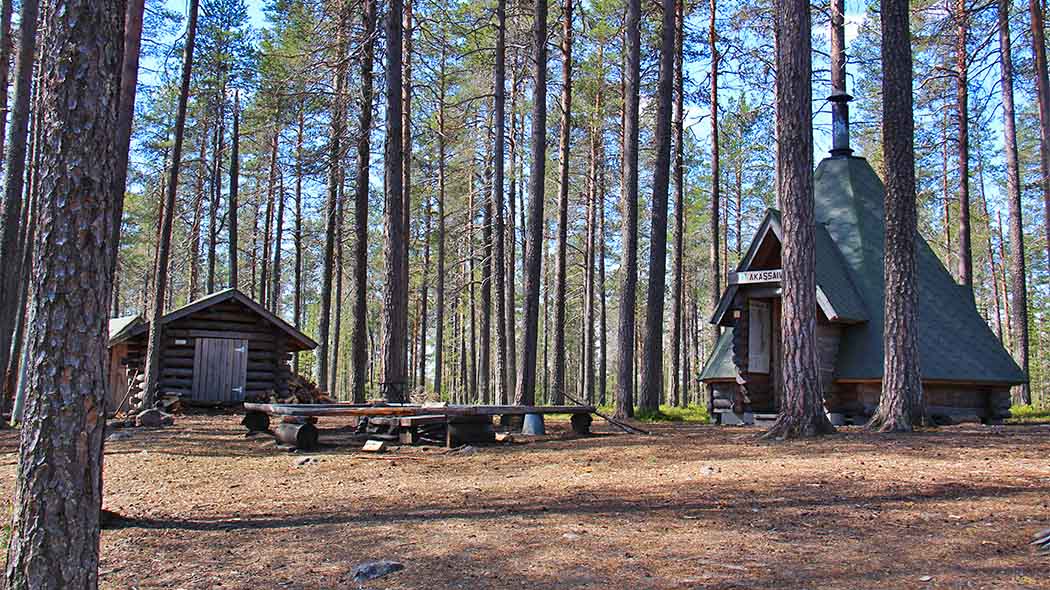