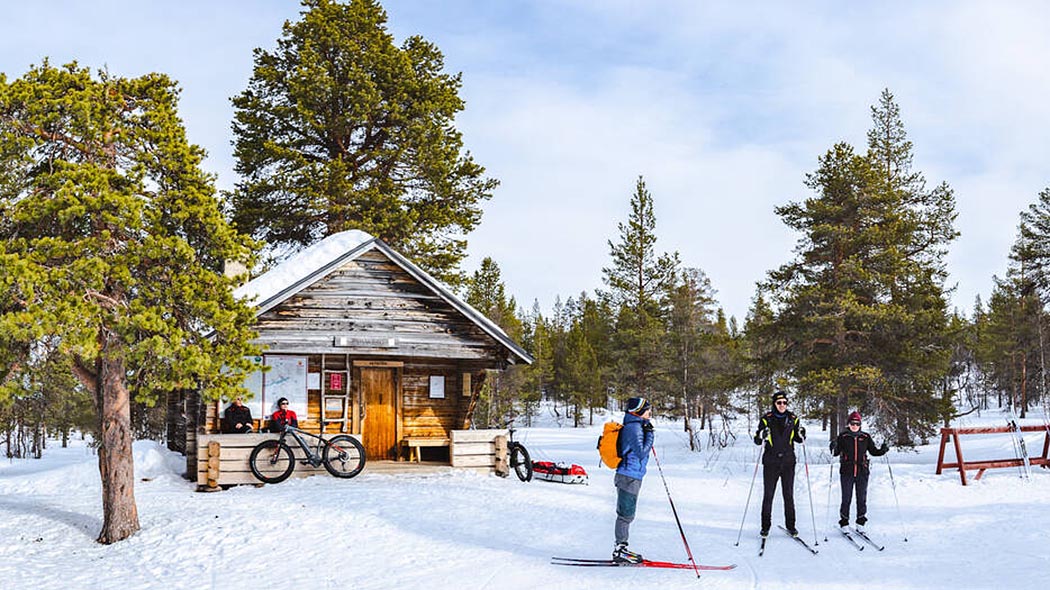 The central village in the municipality of Enontekiö is Hetta. Together with its surrounding area it is a charming hiking destination. The trails in the area are perfect for day trips, but Hetta can also be the starting point for a longer trek lasting several days. During winter tens of kilometres of cross-country skiing trails are maintained around Hetta Village.

To the south of Hetta Village there is Lake Ounasjärvi, from where one of Lapland's most popular canoeing rivers, the River Ounasjoki, starts. As well as being popular with canoeists, it is also a favourite destination for fishers. On the other side of Lake Ounasjärvi is the majestic Pyhäkero Fell, the northernmost peak of Pallas-Yllästunturi National Park.

In Enontekiö the sun does not rise above the horizon from the beginnig of December to the middle of January.

This is the web page nationalparks.fi/hettaarea