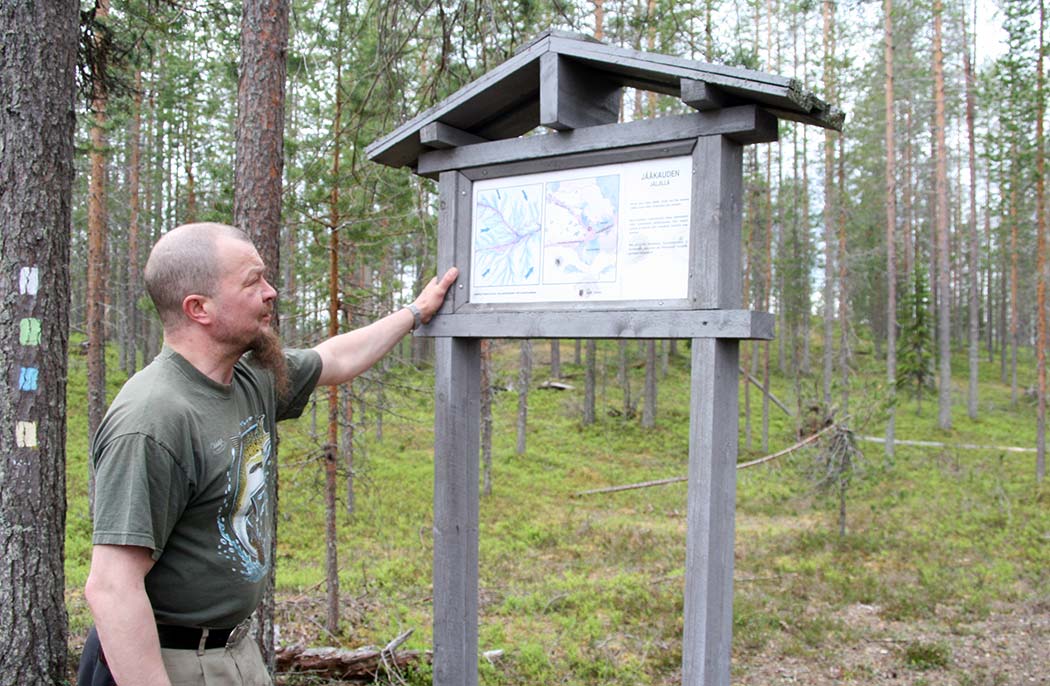 During the 16th and 17th Centuries, when Kylmäluoma was not settled yet, the Sámi and hunters from the coast wandered the area. In the mid-17th Century people from the Savo region migrated along the River Iijoki to what is now Kylmäluoma and settled there. The name Kylmäluoma is also from the Savo region. Luoma refers to a good fishing spot. Many of the lake names in the surrounding area, such as Iso Pajuluomajärvet and Pieni Pajuluomajärvet, Särkiluoma and Kylmäluomajärvi, have luoma in them, as they were good fruitful fishing spots.

There were large logging sites in Kylmäluoma in 1934 and 1935. Today visitors can still see the ruins of loggers' cabins and the remnants of roads built for transporting, left from this era.

From the flooded fen meadows in Kylmäluoma farmers gathered feed for their livestock up until the 1960s. The depressions left behind by haystacks are remnants of meadow agriculture.

The importance of Kylmäluoma as a recreational area was recognised and Metsähallitus established a camping ground at the area's east end. The area was named Finland's first state run hiking area in 1979 and a decision to establish Hossa Hiking area (Hossa National park since 2017) was made at the same time.

Artefacts from the Stone Age have been found in the area, but they have not been studied closely yet.