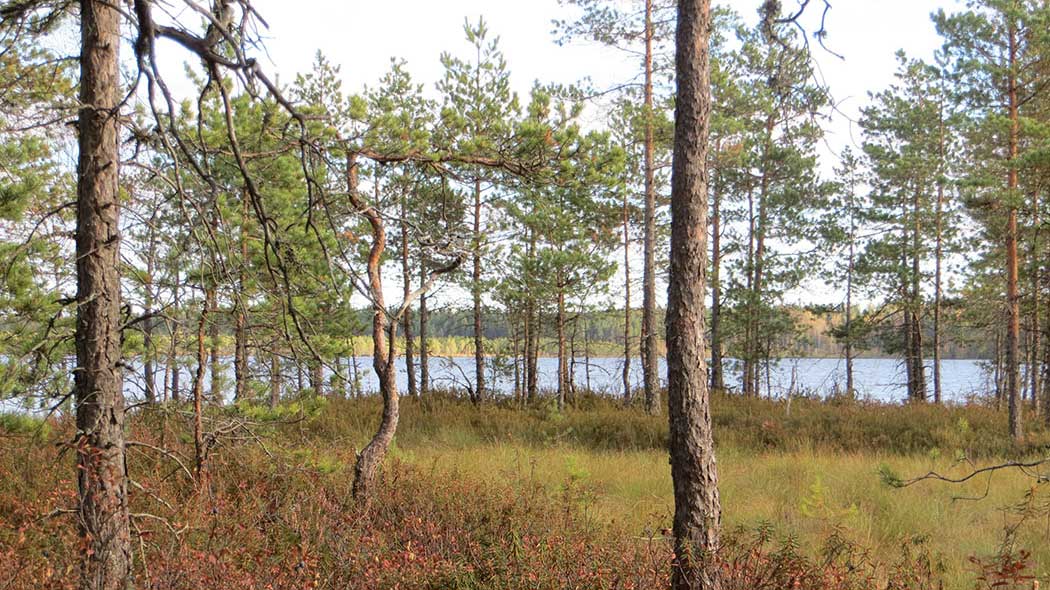 The first signs of humans around the area where the National Park now is, were Stone Age hunter-gatherers' tools, which were found in Saksala, in the municipality of Nousiainen. In addition, a stone artefact probably from the Bronze Age or early Iron Age has been found in the area. The prehistorical artefacts which have been found are chisels and shaft-hole axes.

There was no permanent settlement in the area until the mid 1700s. According to tradition, the first permanent inhabitants in Lake Savojärvi area would have been former bailiff Johan Bärnstedt and his wife Maria, who moved there in 1757.

The Old Boundary Mark of Kuhankuono

Kuhankuono has been known as an important boundary mark for more than 600 years. The name of the stone means "Pikeperch's Snout", which is supposedly describes the shape of the place. Some believe that the name refers to old boundaries of fishing and hunting areas and tracks. 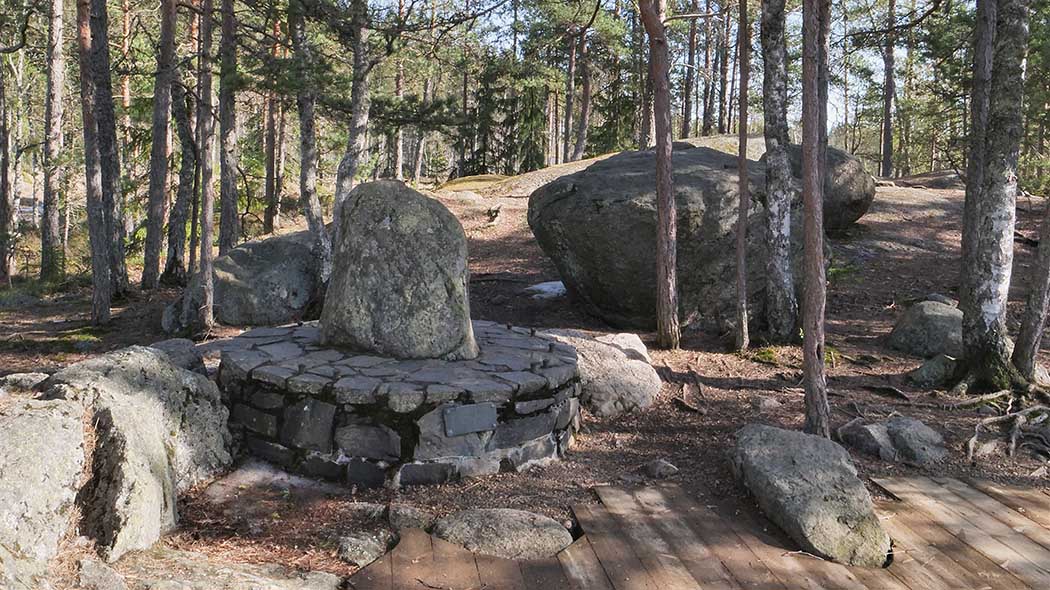 The earliest record of Kuhankuono is from 1381, when the list of the places on the boundary of the municipalities of Masku and Nousiainen ended there. The stone is still a boundary mark of seven municipalities: Aura, Masku, Mynämäki, Nousiainen, Pöytyä, Turku and Vahto. Nowadays Kuhankuono is one of the best known sights of the area, and it can be reached by walking on the duckboards of Kuhankuono Hiking Trail Network.

In the Middle Ages there was a peculiar system of land ownership in the surrounding parishes; so called parish forests. These mostly peripheral forests were jointly owned by the whole parish. The parish forests were established at Kuhankuono probably after the boundaries of the parishes had been marked until there in the 1300s. The first map of Kuhankuono, which then was the boundary of seven parishes, was made by the King's scribe, Jaakko Teitti, in 1550. The parish forest system ended in 1800s, and the forests were divided between the largest estates of each parish.

Soon after the parish forests were divided in the 1800s, two manors bought peripheral forest and mire areas around Lake Savojärvi. However, the manors faced financial difficulties, and had to sell the areas to the state already in the mid 1800s. Therefore by 1885 there was already 100 sq.km. of crown land in the area, a quarter of which was mire.

It has been known for a long time, that the mires and the old-growth forests which were saved from logging are very valuable. Already in 1978, the government made a decision in principle to establish a National Park in the area. However, it did not happen until 20 years later, in 1998.