"It could be possible to find traces of Finland's oldest settlement in Nuuksio," stated the archaeologists upon commencing their research into the history of the Nuuksio National Park area in the spring of 2010. These expectations were justified: the first islands in Nuuksio emerged along with the land uplift more than 9,000 years ago, so the area could have been settled by the earliest inhabitants as soon as that. However, as the archaeological investigation progressed, it became evident that there were probably more attractive dwelling sites available for ancient wayfarers elsewhere.

The stone-age artefacts found in Nuuksio and the surrounding area show that people were moving about in the region immediately after the end of the Ice Age. Stone-age people settled in the vicinity of the present national park, but there are no signs of settlements from that era in the park itself.

Kuusela, located at the northern end of Lake Pitkäjärvi, has been thought to be a dwelling site from the times of the Comb Ceramic or Corded Ware cultures. Based on the results of the archaeological surveys in the summer of 2010, however, it only seems to be the place where the objects were found. People used to come to Kuusela by boat from Lake Pitkäjärvi, and probably dropped some of their belongings when jumping ashore, leaving them for us to marvel at. The Kuusela findings show that man moved in the area as early as the Neolithic Stone Age (5000–2000 BC).

In the Iron Age, farming became an important means of livelihood alongside gathering and hunting. The fertile areas surrounding Nuuksio attracted a number of early settlements, but the lake upland still remained hunting ground only.

The Nuuksio wilderness has never had as many people wandering about as today, when more than a hundred thousand visitors explore the national park every year. Surprisingly, the present national park has remained largely uninhabited over the centuries in an area otherwise so busy and densely populated. There have been village settlements in Velskola, Takkula, Tervalampi, Ollila and Salmi since the beginning of the Middle Ages (12th century onwards).

The creation of the tenant farming system in the 18th century resulted in settlements spreading ever closer, but the first tenant farms in the area of the present national park did not emerge until in the late 19th century. The most favourable spot for tenant farms seems to have been the Myllypuro river valley. The remains of the small Myllypuro sawmill also date back to this time. These faded marks from a time of simple living can still be found in the terrain if you just pause for a moment to look for them.

One of the reasons for Nuuksio being settled so slowly is that the road connections are poor. However, the lack of roads was no hurdle to hunting. The archaeological surveys revealed a stretch of old path on the ridge near Haukkalammentie road. Most of the moss-covered path has disappeared, but it is possible that it is the medieval riding trail that ran from the village of Nuuksio to the village of Ollila. People have always had a habit of losing their belongings when moving about, and it will be interesting to see what kind of lost property from a bygone era can be found along the path.

In the northern part of the Nuuksio National Park, in the Kattila area by Lake Kaitlampi, visitors will encounter a surprising sight: a genuine functionalist mansion.

It is said that the Kattila (‘kettle') farm was named after the giant's kettle located on the eastern border of the farm. Based on the Act that gave tenants the right to redeem leased land, the ownership of the farm was transferred to the former tenant farmer of the Tervalampi Manor. Eljas Erkko, the owner and chief editor of Helsingin Sanomat newspaper, bought the farm in a compulsory auction in 1934, in order to found a rest home for his workers. The idyllic atmosphere of the place was broken, however, when Erkko's wife was bitten by a snake there, and this is said to have been the reason for cancelling the rest home project. Mr Erkko sold the farm to the Alsano cooperative owned by Raamattututkijain seura (‘Bible researchers' society') in 1935, and it was at this point that the construction of the functionalist rest home building designed by E. Salminen began. A religious sect called Hartelavaiset is often mentioned in connection with this; the baths still to be found in the basement had apparently belonged to them.

Alsano bought the Kattila farm to grow black salsify and other herbs with the aim of selling them in the cooperative's health shops. However, the new Pharmacy Act that came into force at that time defined black salsify as a pharmacy product, which greatly hindered the cooperative's business. Alsano ended up selling the farm and the newly completed stone building to Mr Hovila, an agronomist. The farm had several owners until the 1970s, when the City of Helsinki took over its management. The government bought it in May 1996. 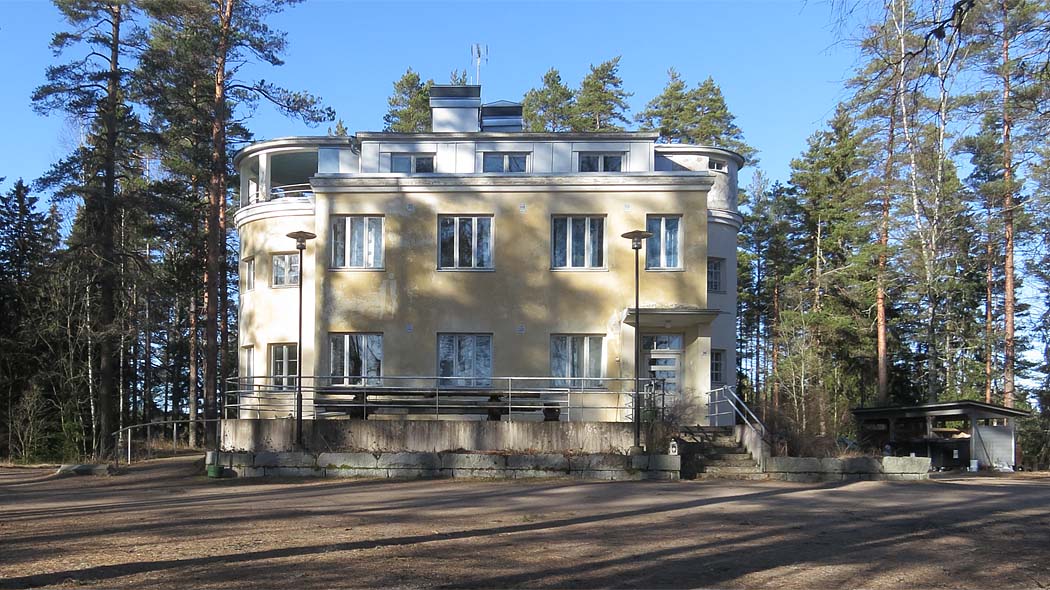 The Origin of the Name Nuuksio

The word Nuuksio resembles the word swan (njukca) in the Sámi language. Nuuksio is not the original name. The Finnish name Nuuksio was invented in the 1930s by a school teacher who wanted to promote the use of Finnish language, which at the time did not have as strong position as nowadays.

The Emblem of Nuuksio National Park is Siberian Flying Squirrel.