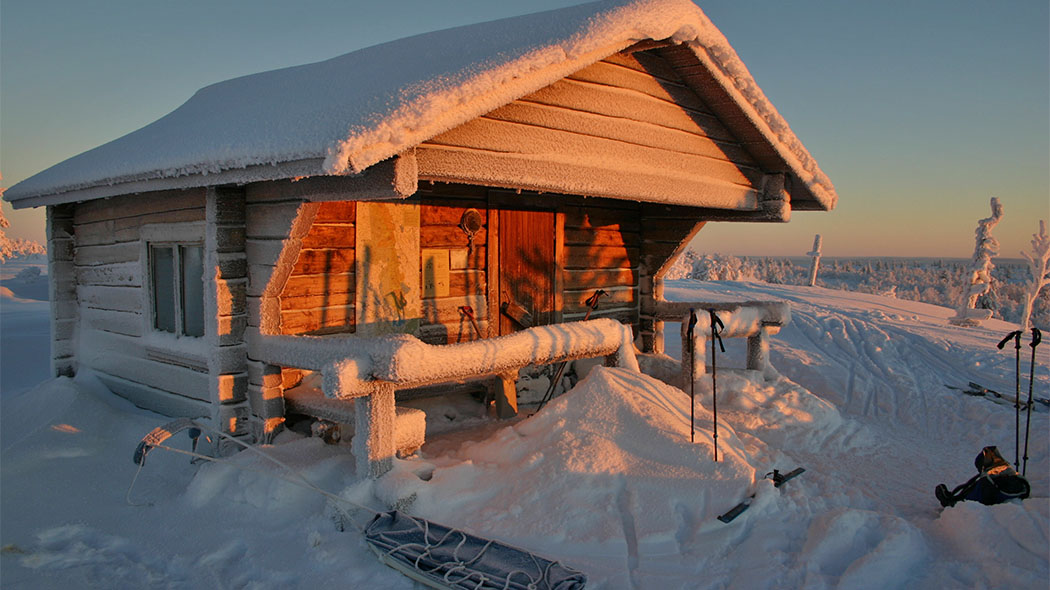 Depending on your route choice, the length of the Hetta-Pallas ski trail is 53 to 60 km. While it climbs to the open fells between Sioskuru and Hannukuru, the ski trail mostly goes through low-lying forests and marshes. The distances between huts are longer on the winter trail than on the summer trail. Due to the wet ground, the trails intended for skiing are not suitable for hiking in summer.

The full length of Hetta-Pallas ski trail along maintained tracks is available in March and April. The maintenance of ski tracks starts in February in the vicinity of tourism centres. Mid-winter visitors must have the skills to navigate in demanding conditions as the hours of daylight are short and you cannot rely on finding any ready-made tracks on the trail, or the tracks may be covered with snow. Freezing temperatures, darkness and snowfalls make the conditions particularly challenging.

The trail is marked with wooden crosses. The signposts between Hetta and Pallas were replaced in summer 2020. Trail junctions and rest stops have signposts that point to the following destinations and give the distances to them.

The ski tracks are looked after by local maintenance pools.  Three different ski trails lead from Hetta to Pyhäkero. Starting in Hetta, they are usually open in late February as far as Sioskuru. The track between Sioskuru and Hannukuru is only opened in mid-March, and it is maintained once a week.

There are two trails from Hannukuru to Pallas: one goes to the east and the other to the west of the fells. The eastern track is opened in February or March (infogis.fi). You can make a detour to the hut of Nammalakuru from the track. The wooden crosses marking the eastern track were replaced in summer 2020. The western track will only be opened for the Lapponia Ski Week (lapponiahiihto.fi). The signposts on the western track have not yet been replaced.

Snowshoeing on the Hetta-Pallas trail

You can also complete the Hetta-Pallas hiking trail in snowshoes along the summer trail. This trail is not maintained in any way, however, and it has no hard foundation. The signposts may be covered with snow, and hikers must be extremely well equipped for the winter conditions.

Snowshoeing is not permitted on maintained ski tracks.

In wintertime, you can walk from Hetta all the way to Pyhäkero wilderness hut following a snowmobile route, but you should watch out for snowmobiles. You can also go snowshoeing outside the marked trails.