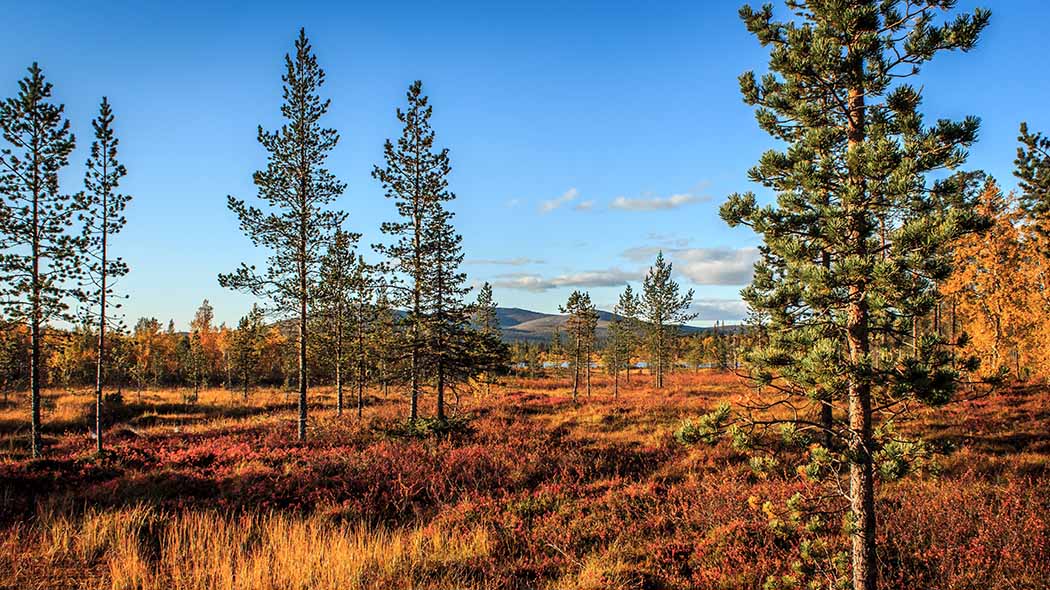 In Urho Kekkonen National Park, the wilderness areas of the fells are protected for the current and future generations to enjoy. In the second oldest national park in Finland, the tradition of nature-based industries lives on. 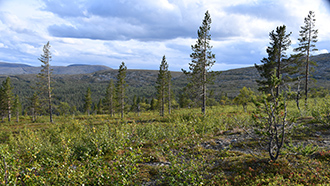 A wilderness with many faces

The entirety of Forest Lapland fits inside this massive national park. Read more > 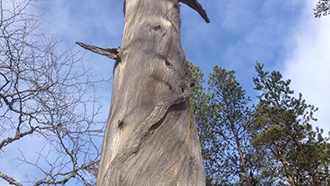 Thick, lush vegetation is a rarity in the park. A certain dignity can be found in monotony. Read more > 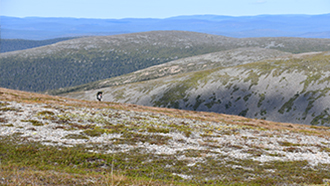 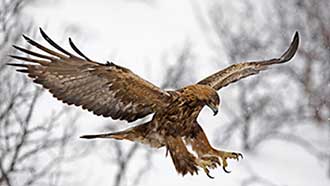 The golden eagle is the official emblem of Urho Kekkonen National Park. This proud bird is a dweller of the wilderness. Read more > 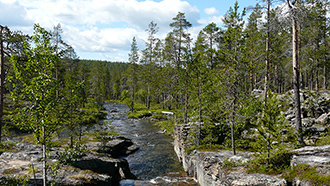 On the water divide

Some of the park's numerous creeks and rivers flow all the way down to the Baltic Sea, while others flow through Russia to the Arctic Ocean. Read more > 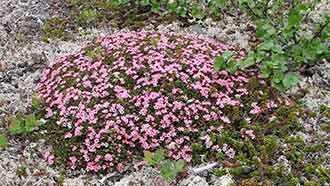 The higher you go...

The zonation of vegetation can be seen on fells in the national park. The southernmost habitats of some fell species fall within the Urho Kekkonen National Park. Read more > 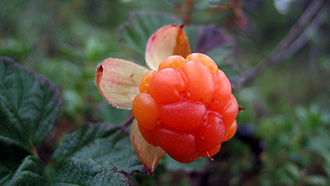 After forests, a majority of the park land is covered by various types of mires and wetland. Here. you'll come across nearly 30 different species of peat moss! Read more > 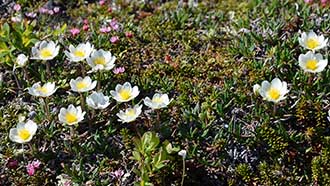 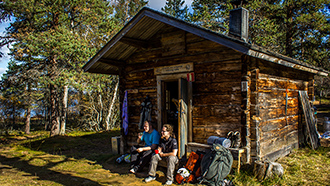 Remember the traditions of hiking in the wild

Responsible hikers leave no trace in nature. Please take any rubbish home with you! By staying on the paths you can protect the environment. Read more > 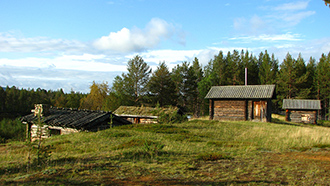 A wilderness with many faces

Do the wide open vistas from a fell summit, easily hiked trails through old-growth pine stands or the coolness of a babbling brook put your mind at ease? Urho Kekkonen National Park offers all of these and so much more. Finland's second-largest national park has no shortage of peace and quiet for animals and humans alike the whole year round. 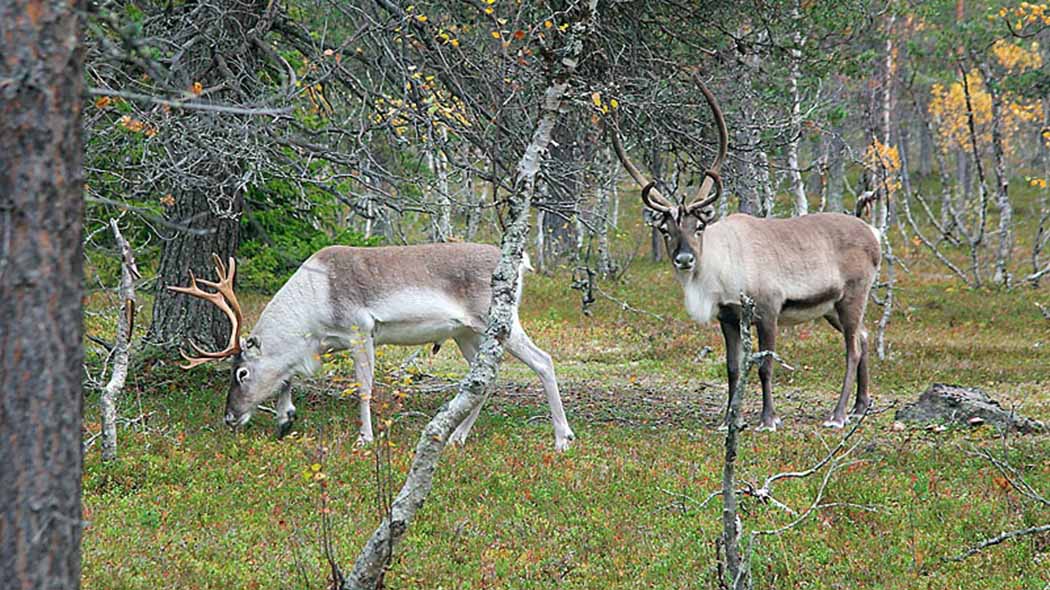 The expanses of Urho Kekkonen National Park are filled with not only the soft contours of fell peaks, but also endless stretches of pine and spruce forests. The tree line on fell slopes is made up of fell birch. Aapa mires dominate the southern section of the park. Crystal clear creeks and rivers flow through every corner.

The national park area is rather barren in terms of its bedrock. There are very few plant species, with finicky species growing primarily along the banks of creeks and rivers, at springs and in the rare, lush mires. The climate is continental. The sea does not regulate temperature or bring heavy rains here. 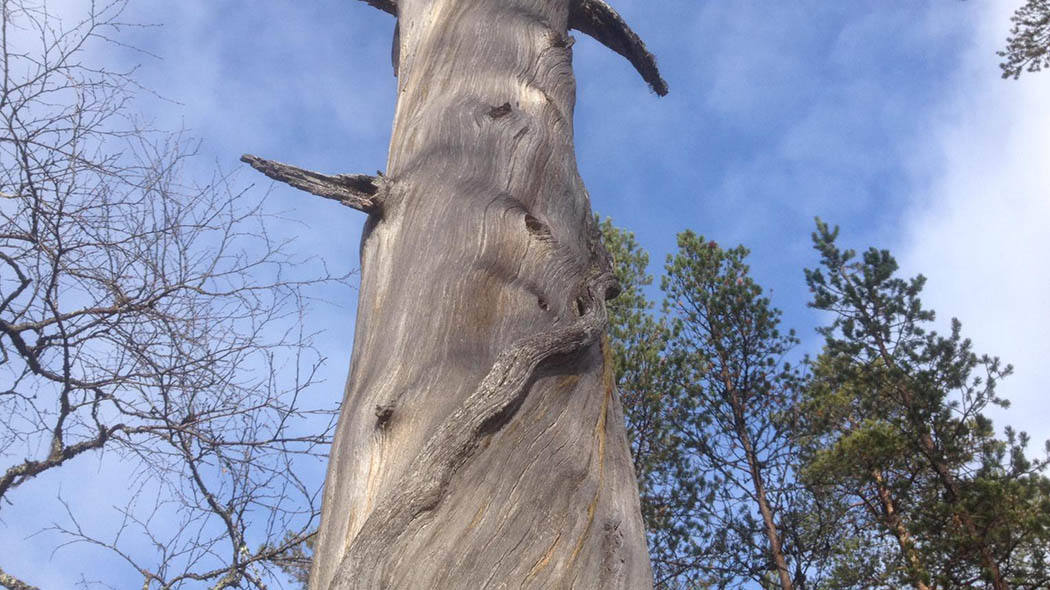 Urho Kekkonen National Park is located in the boreal forest zone. The uninterrupted boundary of the spruce forest in Eastern Lapland is located in the area of Vongoiva-Sokosti-Lupukkapää. The most extensive spruce forests can be found in the southern parts of the park, often in areas with higher moisture content and along the banks of creeks. However, a majority of the national park's surface area is pine forest. Easily hiked pine forests, which sprouted up in the sandy soil of low esker ridges, can be found in every corner of the park. The forests are primarily pristine. The expansive forests of the park offer plenty of habitat for numerous birds, the most populous of which are, for example, the brambling (Fringilla montifringilla) and common redstart (Phoenicurus phoenicurus). More demanding birds typically found on old-growth forests are the Siberian jay (Perisoreus infaustus), grey-headed chickadee (Poecile cinctus) and Eurasian three-toed woodpecker (Picoides tridactylus). 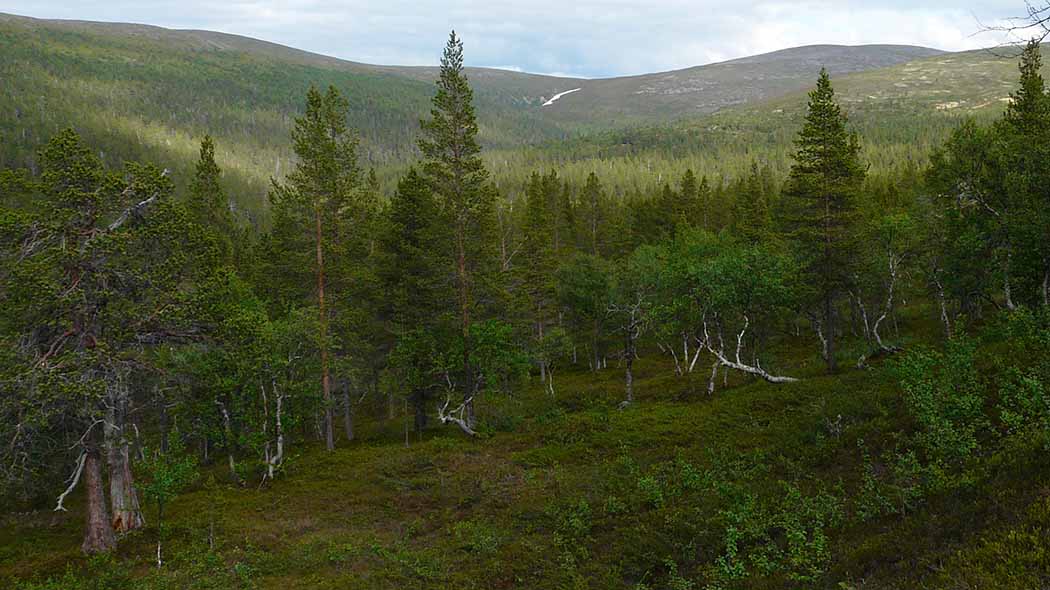 Large carnivores, but nary a mouse to be found

Over 20 species of mammals live in the park. Large carnivores, such as the brown bear, wolverine, wolf, and lynx, keep to the more remote parts of the park. You are more likely to encounter reindeer, hares, moose and foxes in the park. The park is also home to shrews and voles as well as martens, weasels and least weasels, which hunt the shrews and voles. Consequently, there are no more mice in the far north. When near a watercourse, you might spot an otter or see the tracks they leave behind from their fishing expeditions. The endangered freshwater pearl mussel lives in a few places within the park. 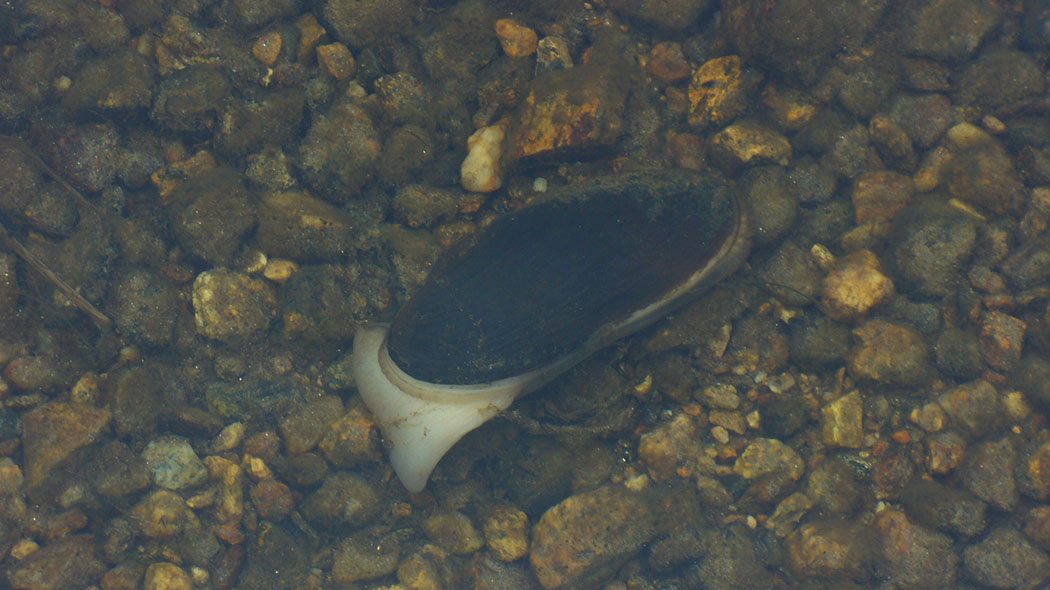 A sharp-eyed visitor might catch a glimpse of a taiga moth (Xestia borealis) flying in suitable spruce canopies on summer nights. Taiga moth populations experience exceptionally dramatic fluctuations. These moths can usually only be seen in the same place once every other year. The reason for this is the parasitoid wasp, which live off of large moth larvae every other year, thus dramatically reducing the number of moth larvae for the next year.

A larva will grow to nearly full size the first summer, but will not become an adult moth until the third summer after hibernating for two winters. Larvae hibernate in the ground or holes in spruce bark. 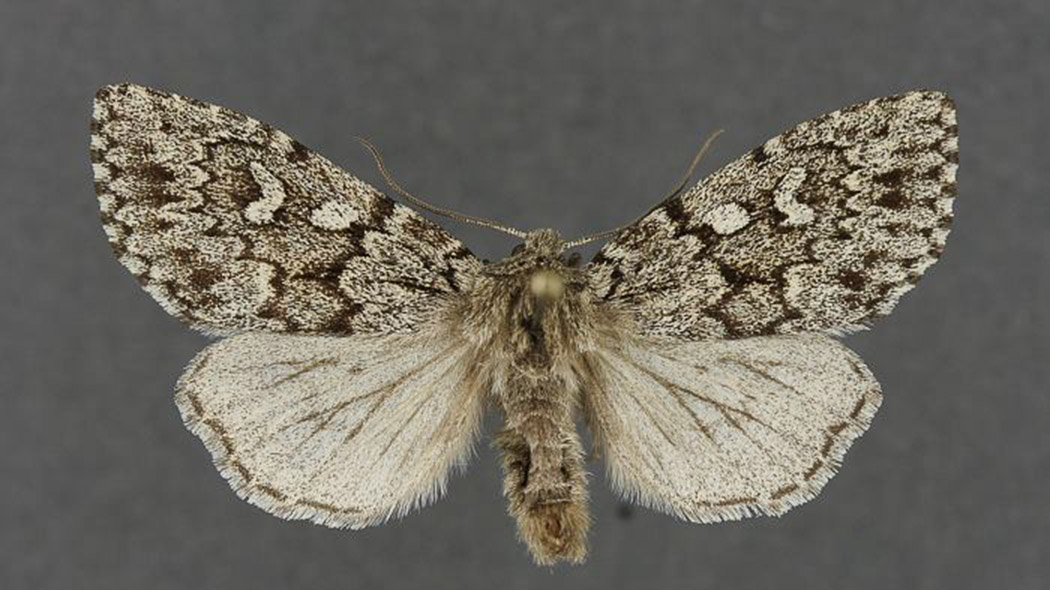 A fully grown golden eagle is a spectacular sight. The bird weighs four to five kilograms, and its length from the beak to the tip of its tail is 80 to 95 cm. The female is bigger than the male. This large bird of prey can be spotted from a distance as a dark shadow against the sky. This bird of prey hunts hares, fowls and reindeer calves. Should the luck of the hunt be on their side, on rare occasions they can also attack a fully grown reindeer. Other items on the menu include foxes, squirrels, snakes and voles. 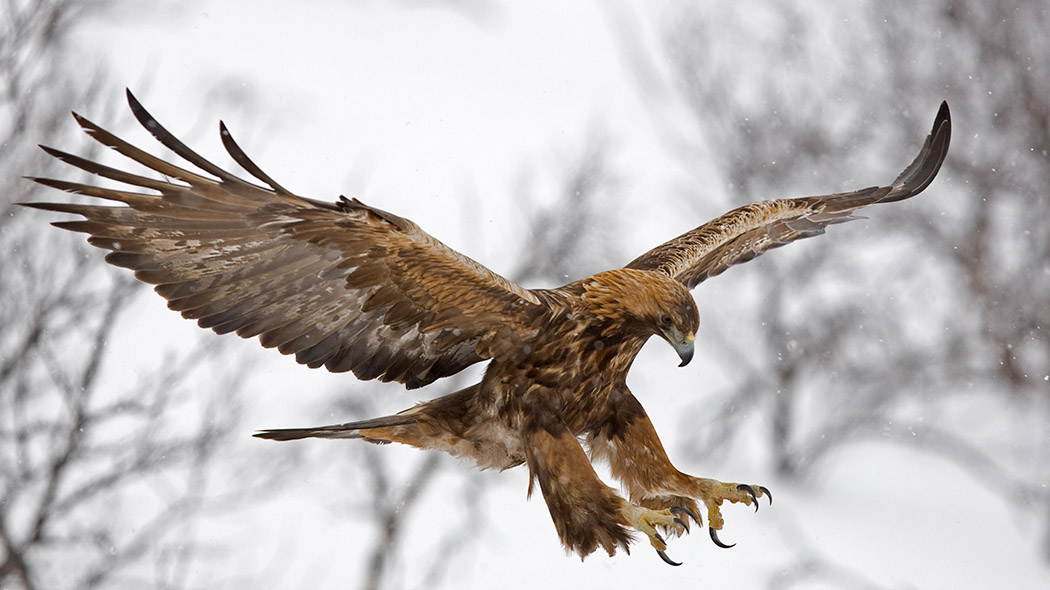 The range of the golden eagle extends across the entire northern hemisphere. It favours areas as little disturbed by humans as possible. This is why the golden eagle also thrives in Urho Kekkonen National Park, where approximately 20 pairs nest. The total number of nesting pairs in Finland is estimated to be 350-450.

On the water divide

The extensive forest wilderness is bisected by an east-west fell region. The highland area divides rivers with their sources in the park in two. In the south section of the park, the headwaters of, for example, the Luirojoki, Kopsusjoki and Repojoki rivers as well as the Kemijoki River run down to the Baltic Sea. In the north and east section, the Suomujoki, Luttojoki, Muorravaarakkajoki, Anterijoki, Jaurujoki and Nuorttijoki rivers discharge into the Arctic Ocean. 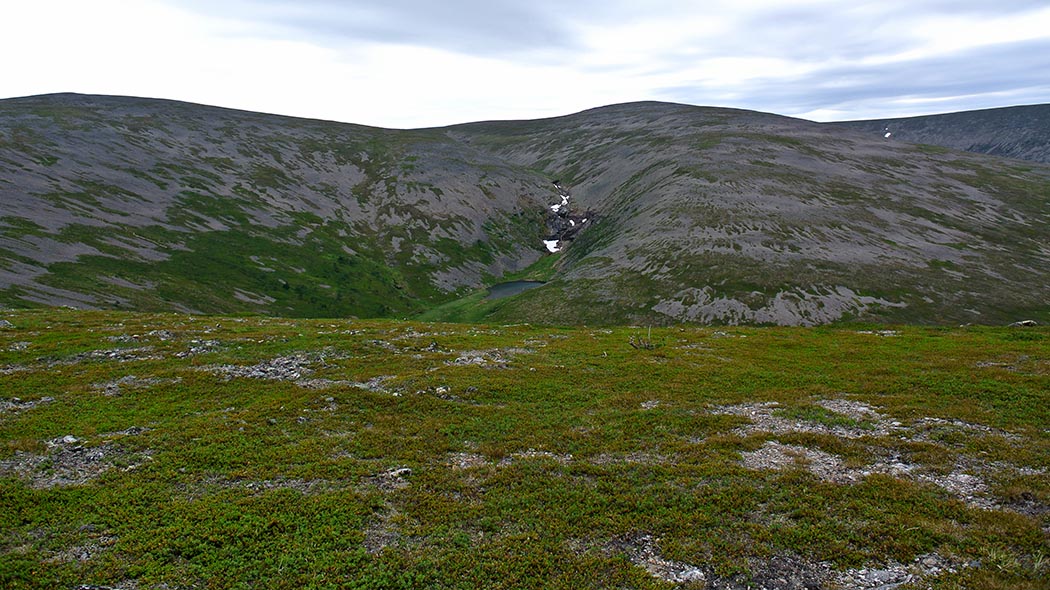 After forests, a majority of the park land is covered by various types of mires and wetland. Particularly in the southern section of the park, there are extensive morasses. In the park's mires, you might find, for example, as many as 30 different species of peat moss. The most populous bird species in mires include the western yellow wagtail (Motacilla flava) and wood sandpiper (Tringa glareola). Some of the rarer waders found in boreal mires are the broad-billed sandpiper (Calidris falcinellus), jacksnipe (Lymnocryptes minimus) and spotted redshank (Tringa erythropus). Finicky vascular plants and, in particular, moss species grow in nutrient-rich mires. If you enjoy the atmosphere of treeless bogs, remember to bring along an aerial view of the area to find your way through the labyrinth of tussocks that stand above the watery aapa mires. 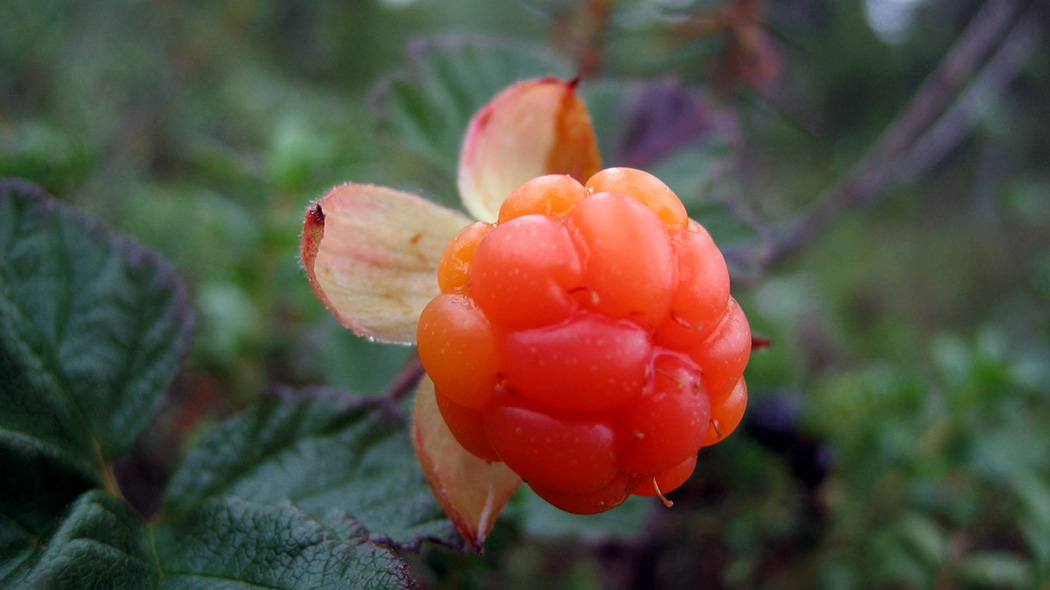 The higher you go

Only a thin zone of fell birch stands in the area between the coniferous forest and open summit dome of a fell.  Fell birch stands are most common in the western part of the park. In areas where pine and spruce are barely able to live, fell birch scrub thrives, even growing thick in some places on the park's fells. A majority of the fell birch scrub is found in the Urho Kekkonen National Park.

However, even the hardy fell birch scrub has its limits - the very top of the fell is the domain of low-growing dwarf shrubs, sedge grass and Alpine club moss. The dwarf birch grows prostrate, hugging the ground tightly. Common dwarf shrubs found above the treeline are the crowberry (Empetrum nigrum) and Alpine bearberry (Arctous alpina), which takes on a bright red blush during the autumn colour show in Lapland. It is also possible to find the eightpetal mountain-avens (Dryas octopetala), which indicates bedrock rich in nutrients as well as the moss bell heather (Cassiope hypnoides), which grows in areas where the snow cover tends to linger. The Alpine azalea (Kalmia procumbens) and pincushion plant (Diapensia lapponica), which grow in scrubby mats, are hardly fazed by even the harshest gale force winds. Windswept areas that are completely devoid of vegetation are common. Vegetation found on fells above the treeline grow close to the ground, as the plants have adapted to the barren soil and harsh climate. Mosses and lichens may account for a considerable percentage of the vegetation. Birds which enjoy the open terrain of fell summits include the northern wheatear (Oenanthe oenanthe), European golden plover (Pluvialis apricaria) and Eurasian dotterel (Eudromias morinellus). Birds which thrive in fell birch stands at lower elevations include the willow ptarmigan (Lagopus lagopus), bluethroat (Luscinia svecica) and cpmmon redpoll (Acanthis flammea). 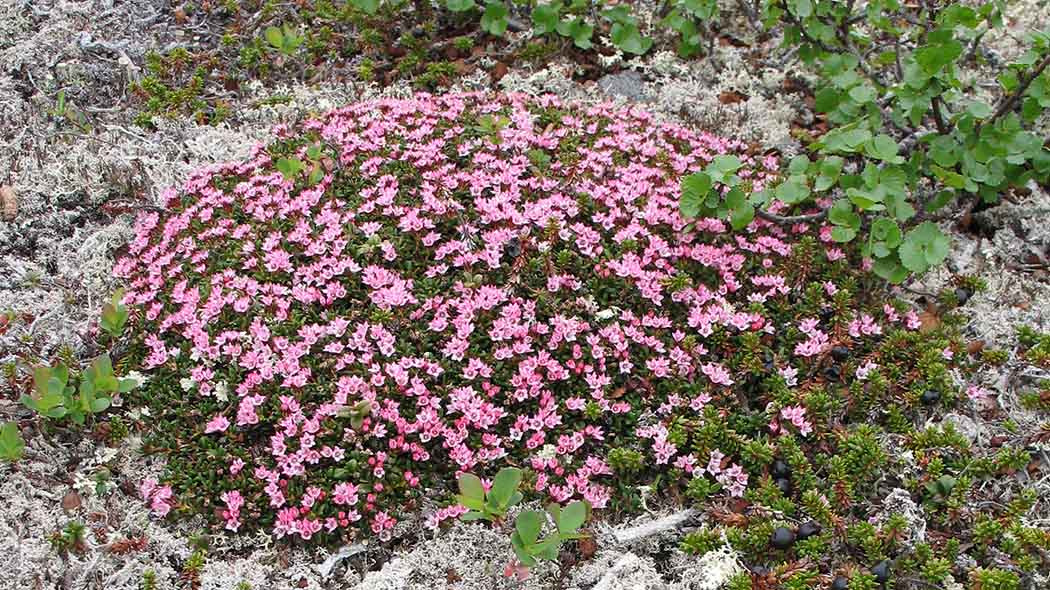 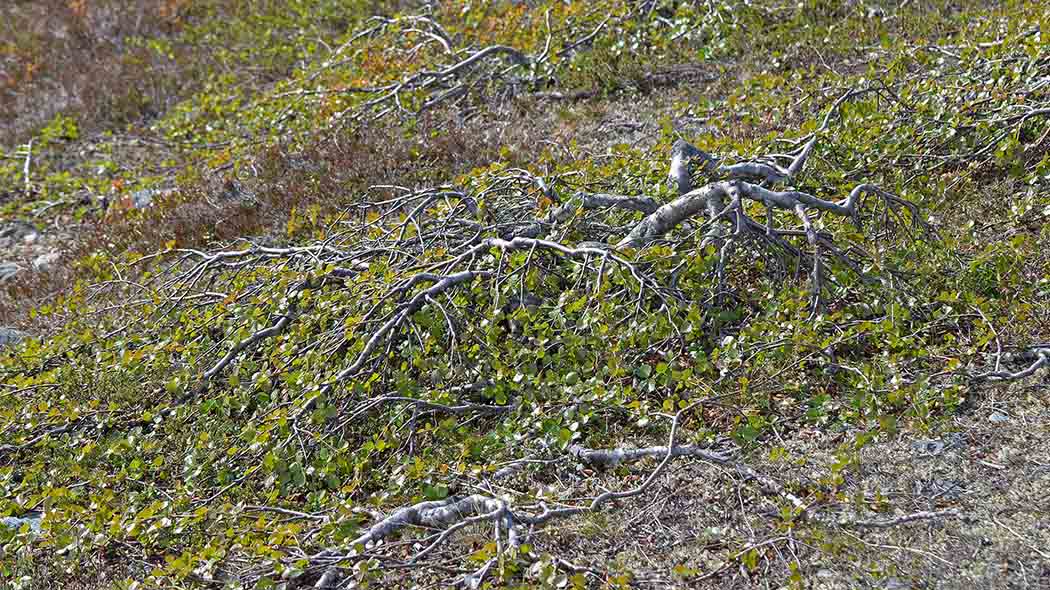 Matgrass (Nardus stricta), which occurs throughout Finland and belongs to the family Poaceae, grows in dense, low tufts. Matgrass can be easily identified by its narrow, spiky leaves and one-sided flower spike.
In Lapland's fell areas, matgrass grows everywhere from the forest zone to the treeless summits of fells. It grows in fell meadows, snowmelt runoff channels, at the edge of wet depressions and creeks as well as at the edge of mires with a thin peat layer. 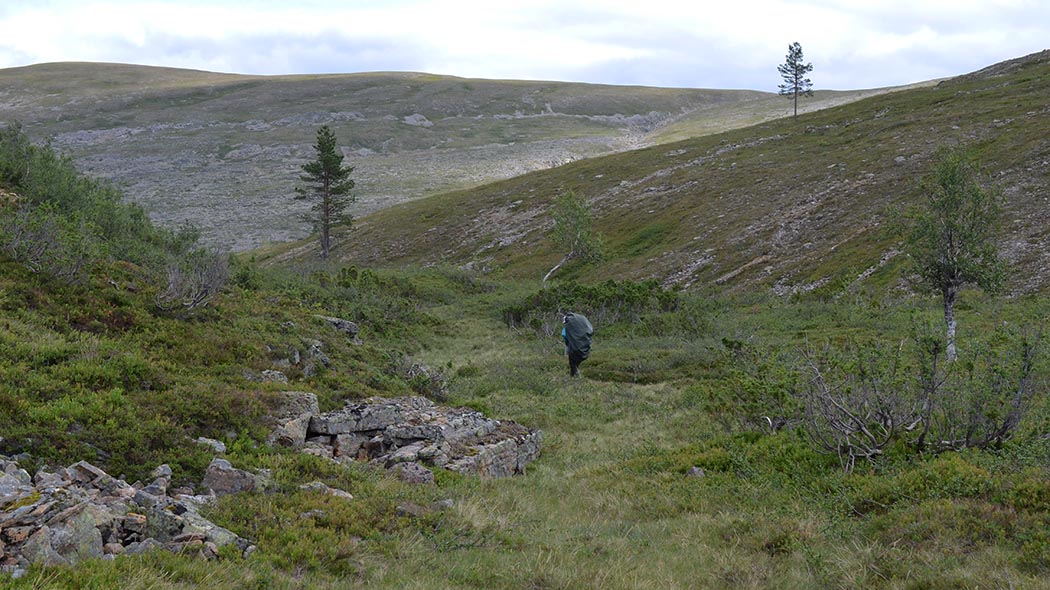 What will happen to the southern fells?

As the climate gets warmer, pine and spruce are spreading farther north and growing at higher elevations on fells. This is already evident in Urho Kekkonen National Park. The southernmost snowbeds will most likely disappear entirely in the next few decades. The southernmost habitats of fell species, such as moss campion (Silene acaulis), Alpine lady's-mantle (Alchemilla alpina) and eightpetal mountain-avens (Dryas octopetala) are now under threat.

The emblem of Urho Kekkonen national park is Golden Eagle

The Spell of Fells Elsewhere